Bob Moses, named after renowned New York architect Robert Moses, opened the night to a nearly sold-out crowd at the Riviera Theater. The duo (also known for their DJ sets) did a roughly one-hour live performance. The hour-long set was brimming with some of their biggest hits dating back to their first album Days Gone By. One of the songs performed, however, was not one of their own… The band broke into a cover of “Firestarter” by Prodigy. It was their tribute to late Prodigy frontman Keith Flint who died earlier this year. “Firestarter” differs greatly from the normally chill sound of Bob Moses. It caught everyone off guard while at the same time amping them up. It was a great appetizer before the night’s main course. 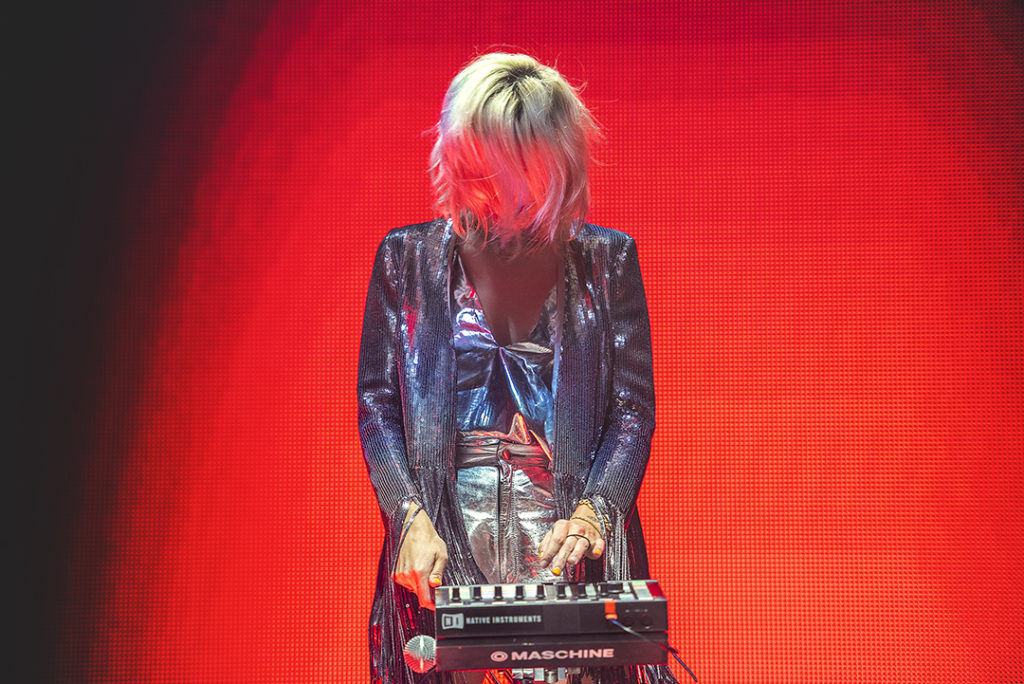 Phantogram came out in a very dramatic fashion. Sarah and Josh entered on house right and took a stance center stage on a back riser. There they stood while quick flashing lights pulsed behind them from left to right only allowing only their silhouettes to be seen. They started with “News Today” before breaking into “Blackout Days.” It’s at this point that the two took their positions in the forefront on either side of the stage. Next up was “Run Run Blood” from their 2016 album Three.

Sarah worked the stage back and forth in her reflective fringed jacket and silver shorts while Josh (in his trademark Phantogram hat) dove deep in some guitar riffs. The night was a mix of old and new songs, spanning the entirety of Phantogram’s discography. All the while their music was accompanied by LED-lit art and visuals that paired perfectly with the (at times almost darkwave) sound that has come to define Phantogram. The way their music makes you feel is based entirely around your current emotional state. It’s such an amazing mix of sounds that their style is hard to describe, but it’s exactly what the crowd came to experience. They ended the show with “When I’m Small,” the uber hauntingly sexy song from their critically acclaimed first album Eyelid Movies. It was a perfect note on which to end the magical hour and a half journey of hazy dream pop.

Phantogram still has around fifteen dates on their current US tour. You can find a list of their upcoming shows at https://www.phantogram.com.