Indianapolis, IN – The crowd that assembled to see Reignwolf, a three-man rock band that formed in Seattle in 2012, came to experience the band’s bluesy rock as well as their intimate stage show.

The night started off with J.J. Wilde, a female vocalist from Canada.  With ripped white jeans and an easy smile to match, Wilde was quick to snag this audience’s attention.  This lady can sing, delivering vocals that are rich in tone, and she can head bang with the best of them.

Reignwolf, consisting of Canadian lead vocalist/guitarist Jordan Cook, bassist Stacey James Kardash and drummer Joseph “Texas Jo” Braley, puts on a show designed to stir emotions through their grounded and no-frills musical delivery.  Their rock is unique, very rich in blues and soulful in nature. But do not be mis-led…they are neither quiet nor reserved.  They leave it all on the stage.  Their stage set is simple…just three men and their instruments.  No stage props, no rugs, no special lighting… in fact, no front lighting to speak of at all (something of a challenge as a photographer, but for the audience, the intimacy is established by the simplicity of the staging).  There was some backlighting and fog, and the rest was all Reignwolf!

Cook, with his knit cap on his head on this hot night, gave a strong performance.  Completely in the moment, he at times perched on top of the kick drum in front of him, elevating him as he sang, eyes closed and feeling every note.  He performed with such passion that the sweat poured down his face. Braley was initially completely (and I mean completely – who was playing those drums?  Where were the drums?) obscured in darkness and fog, and during the second or third song, all three band members rushed to move the drum kit forward on the stage so the backlight could reveal its presence.

The overall experience was mesmerizing.  There was an element of chaos in the performance that made it all the more intoxicating.  The music was loud, gritty, spirited and soulful.  It stands on its own merit.  “Are You Satisfied” was particularly powerful.

Reignwolf is promoting their debut album, Hear Me Out, and are touring heavily into November.  Be sure to catch a show if they are in your area: www.reignwolf.com. 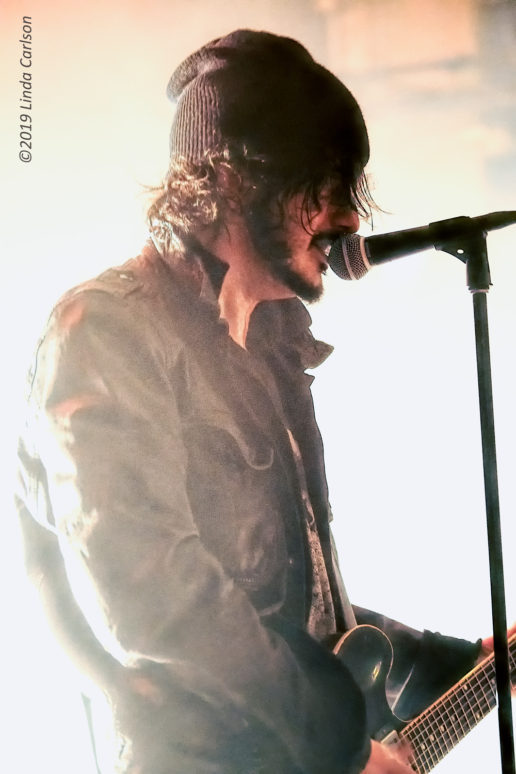 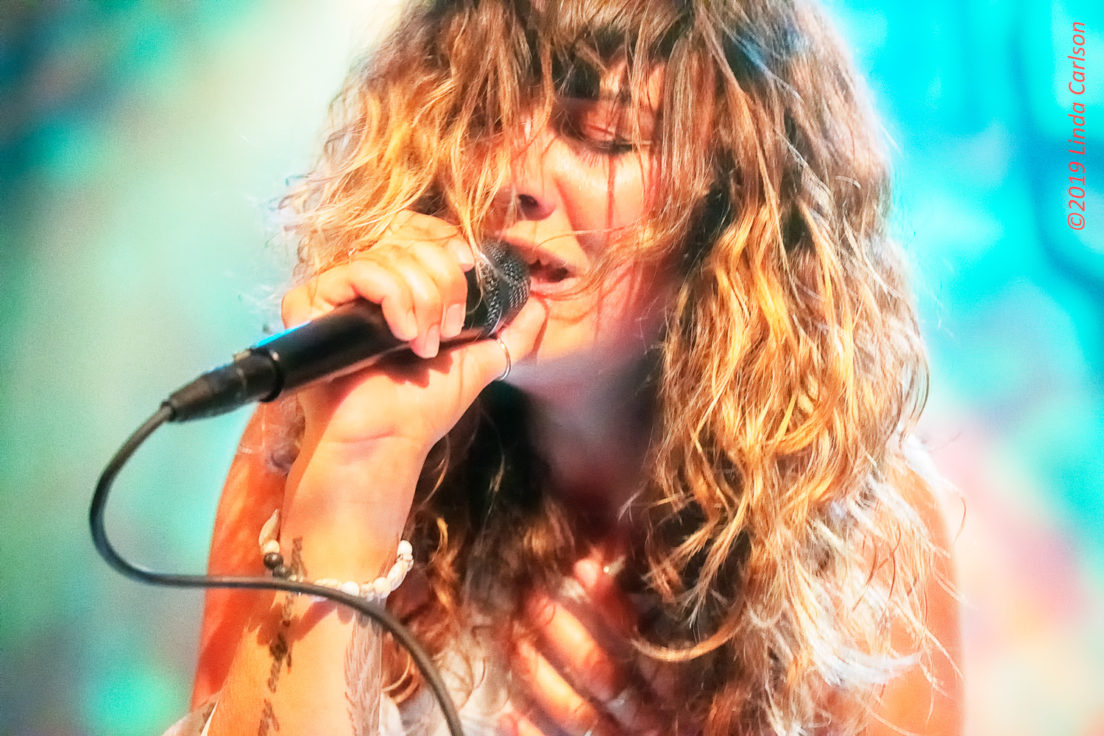 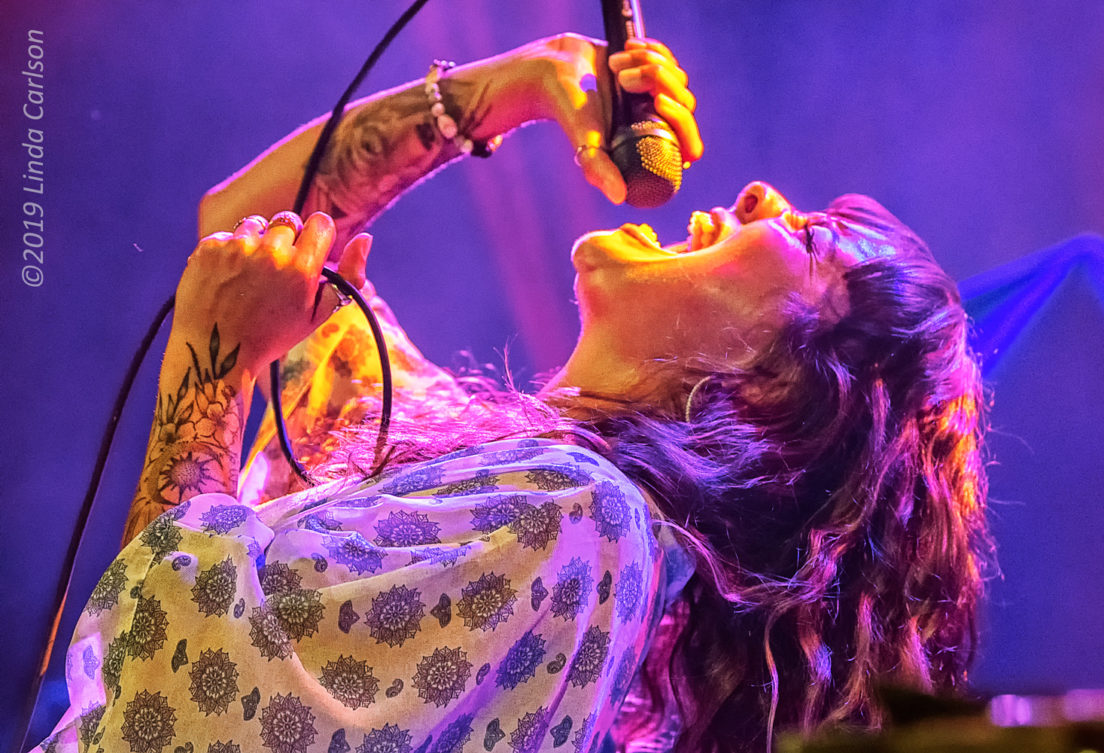 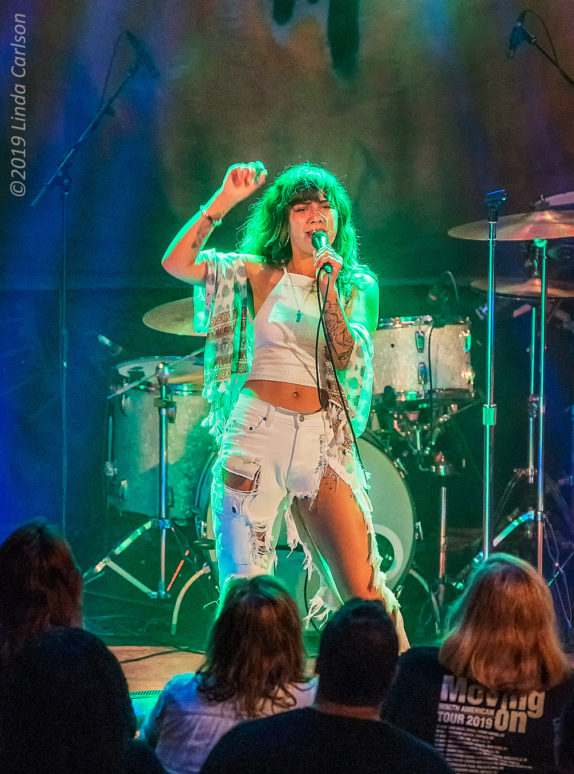 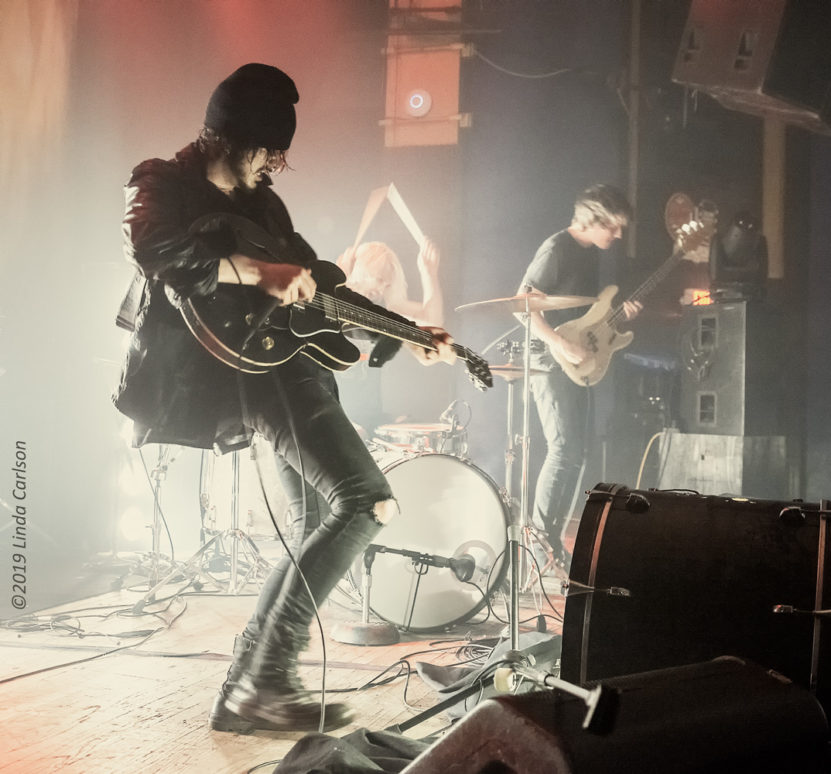 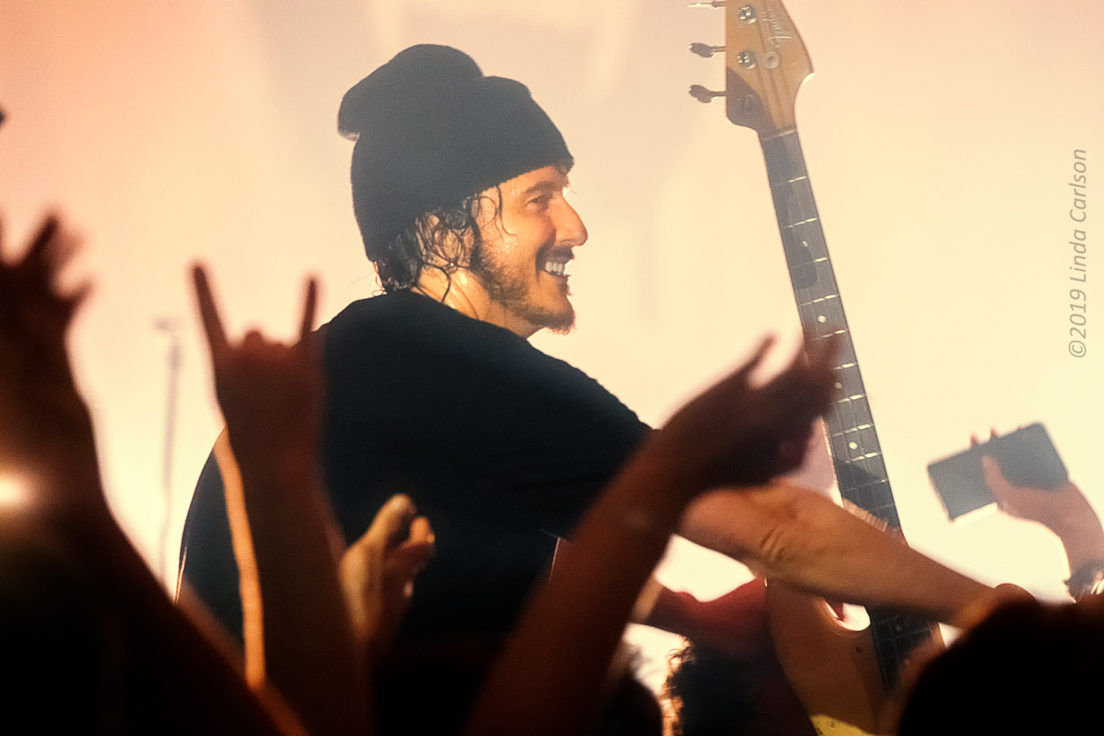 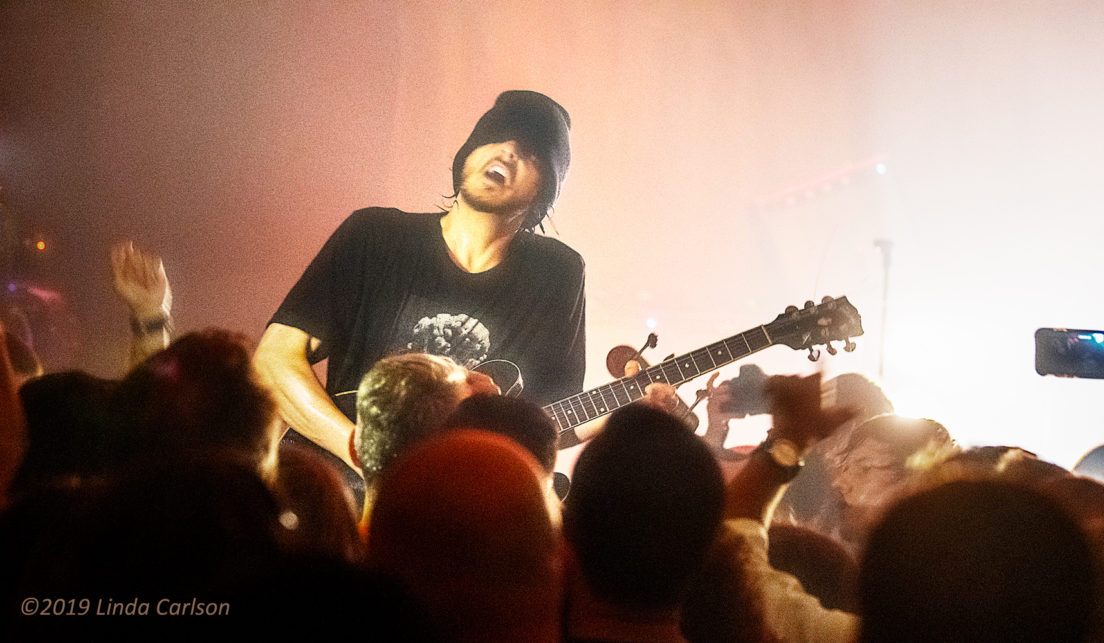 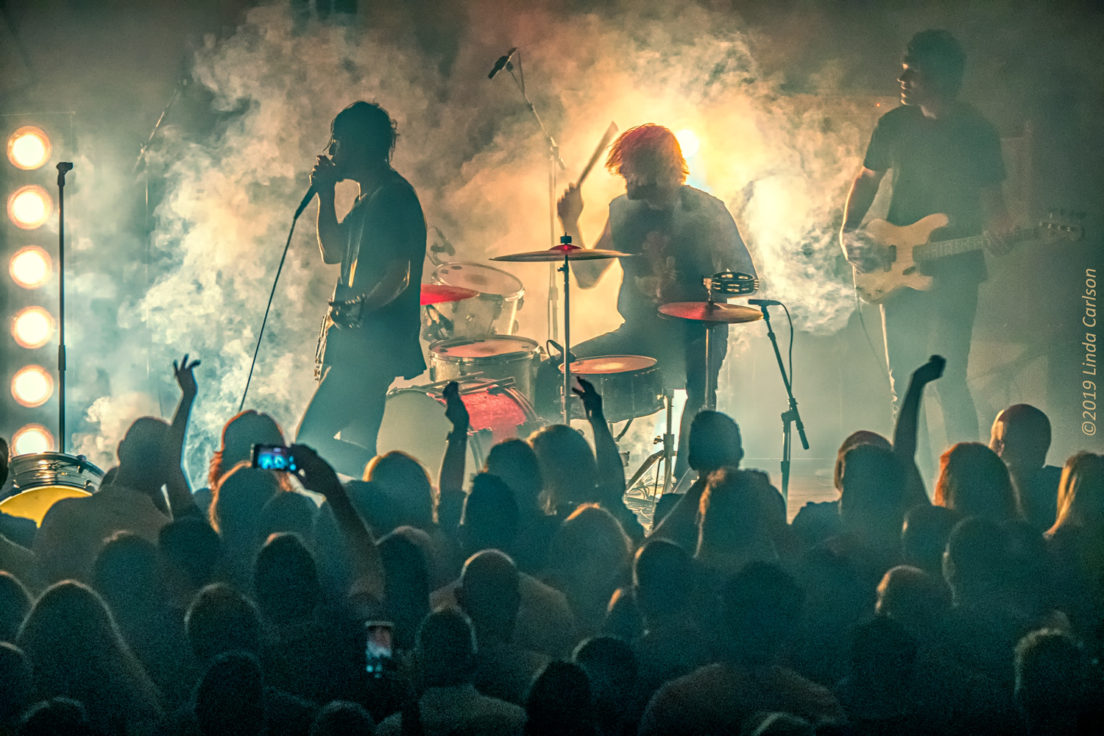 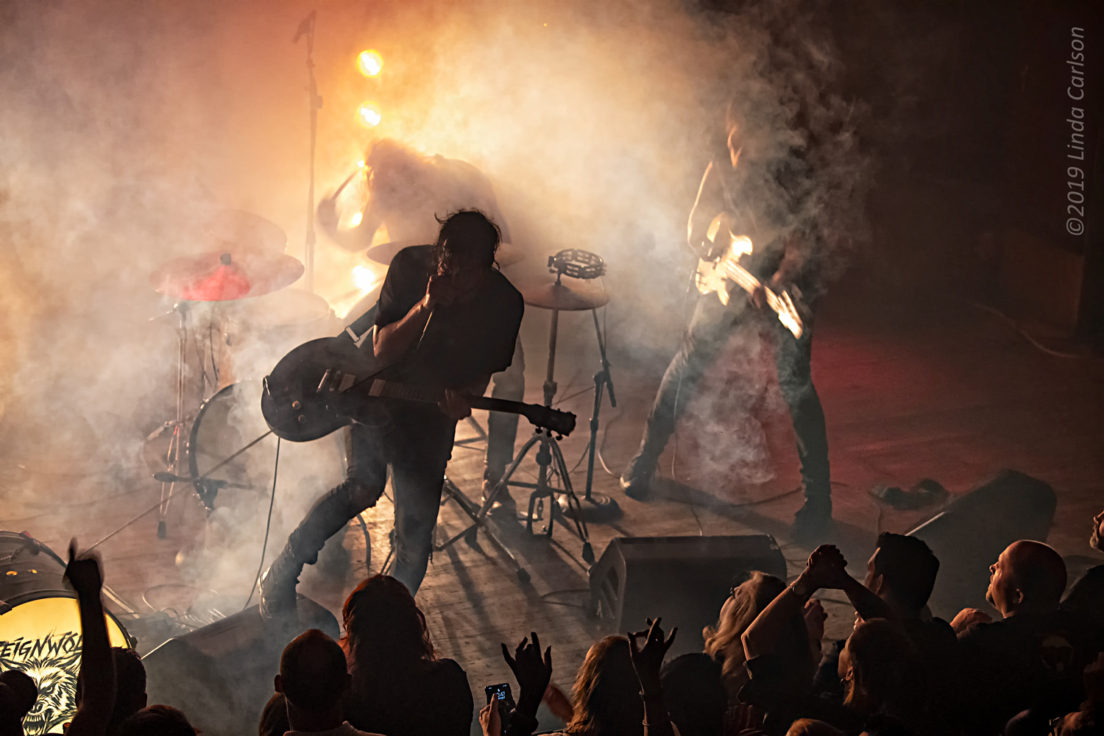 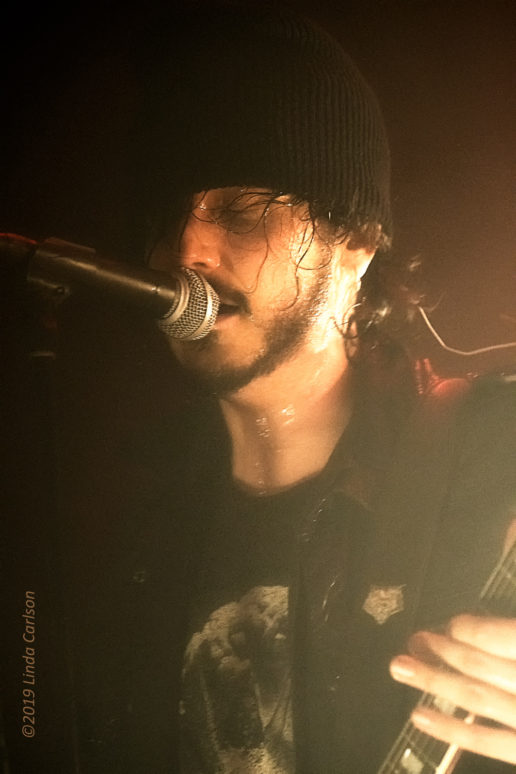 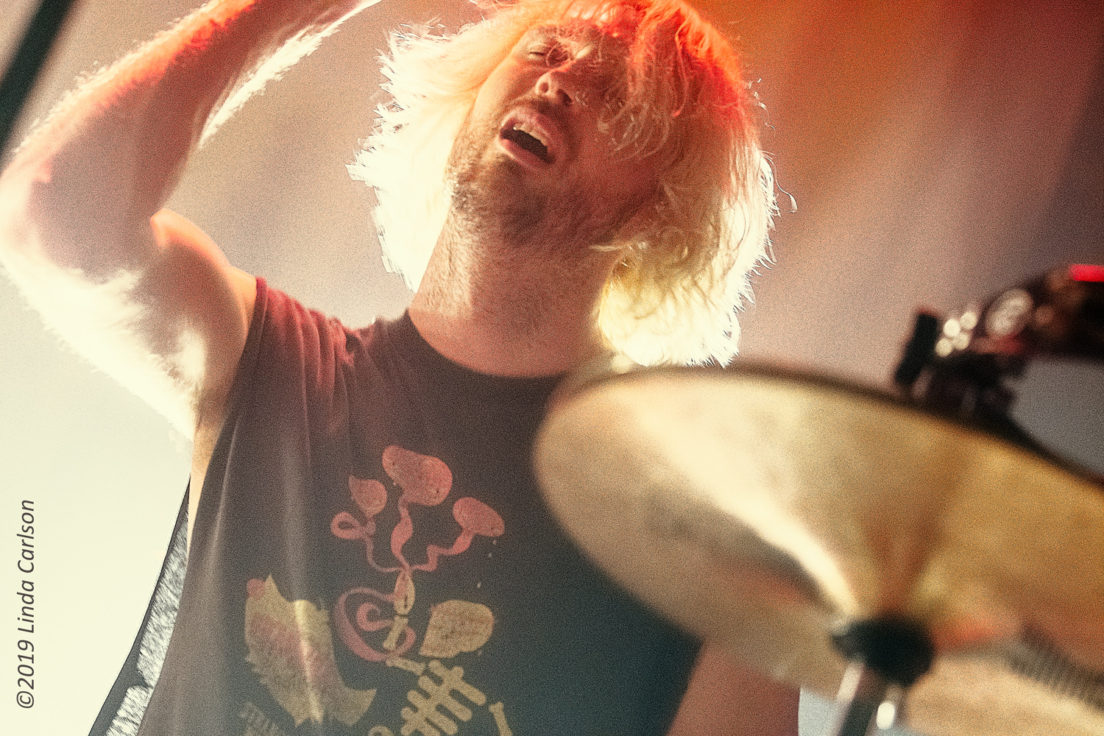