Ft Lauderdale, FL —  Located in the heart of the city, fans eagerly lined up around the block to gain entry to one of the few remaining intimate music venues in South Florida. Those who purchased the VIP Gold Package were able to enter the show 30 minutes prior to the doors opening, early access to the bands merchandise and were treated to an exclusive acoustic performance from headliner, Coheed and Cambria. 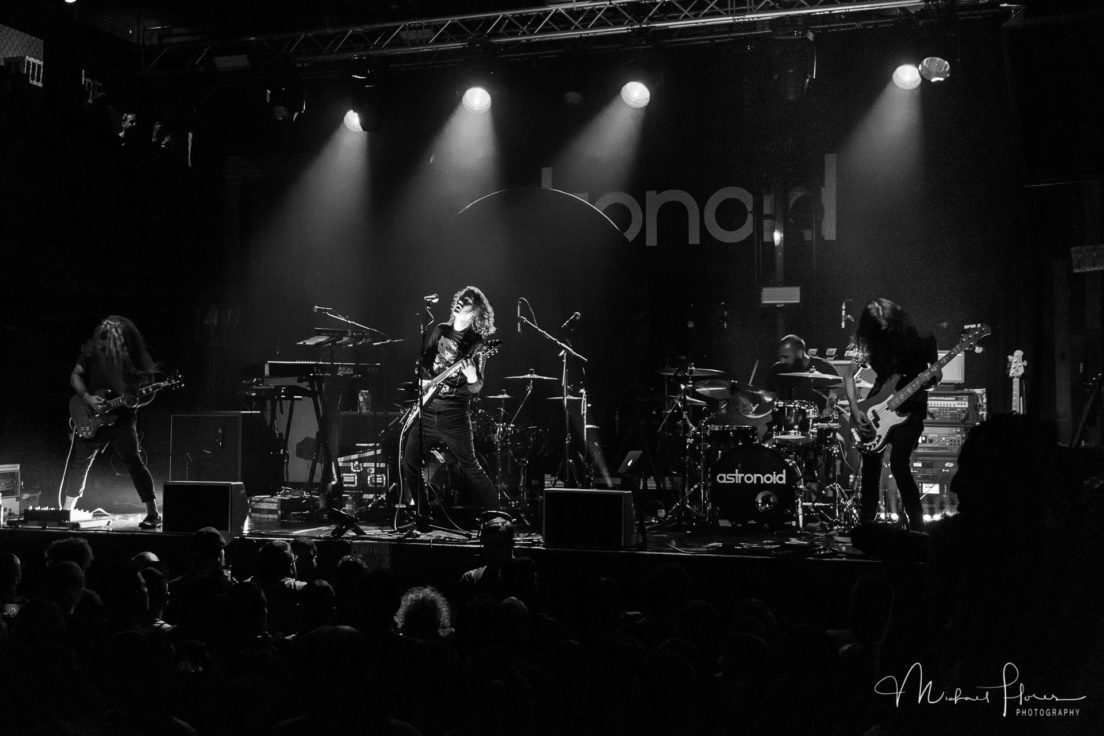 Despite what seemed to be a delayed start, Astronoid, a post-metal band from Massachusetts, kicked off the night with some spirit as they performed to an already packed house. Despite barely having any stage lighting, the Boston quartet played a solid 5 song set in hopes to promote their recently released self-titled album.

Prior to the next act taking the stage, the venue played Whitney Houston’s iconic “I Will Always Love You,” getting the crowd to laugh as it felt out of place at a progressive rock show. Yet, the crowd still sang in harmony and turned on their phone’s flashlight, creating a moment. 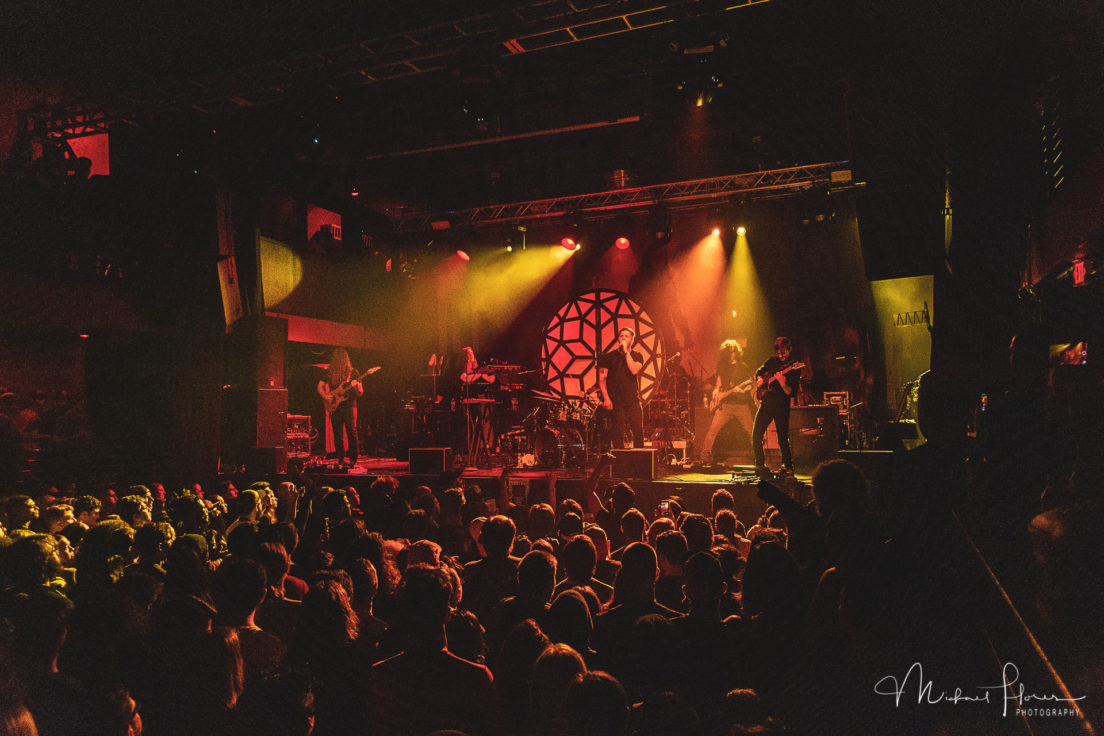 The Contortionist, an experimental progressive heavy metal sextet from Indianapolis, crowded the stage as they kicked off their setlist with one of their most popular songs from their 2017 album Clairvoyant titled “Reimagined.” The band formed back in 2007 and have crafted 4 studio albums showing off their musical identity and are currently promoting their newly released 5th EP, Our Bones. 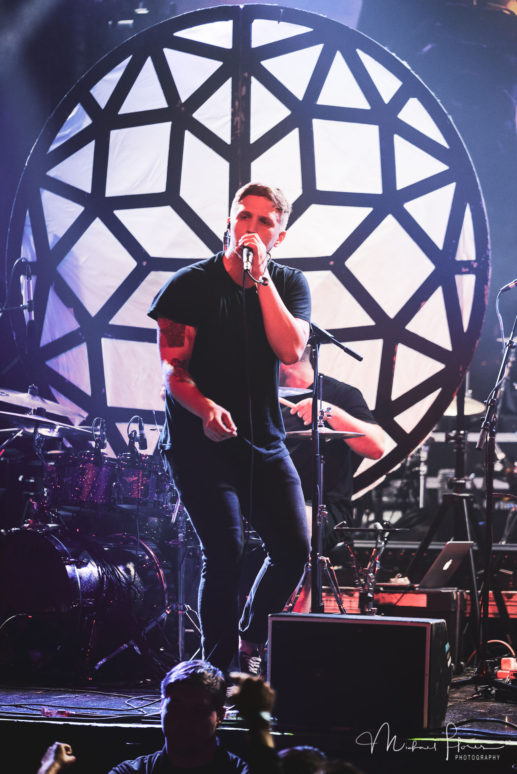 The new material seemed to be well received by the audience, so much so that a small mosh pit was formed in the crowd.  The Contortionist’s covered the Smashing Pumpkin’s hit “1979,” getting almost the entire venue fist pumping and jumping around. A song with this level of nostalgia got rock fans reminiscing of their youthful years as teenagers. The Contortionist engaged the crowd asking their fans to clap along with them, quickly raising their energy levels in preparation for the headliner Coheed and Cambria. 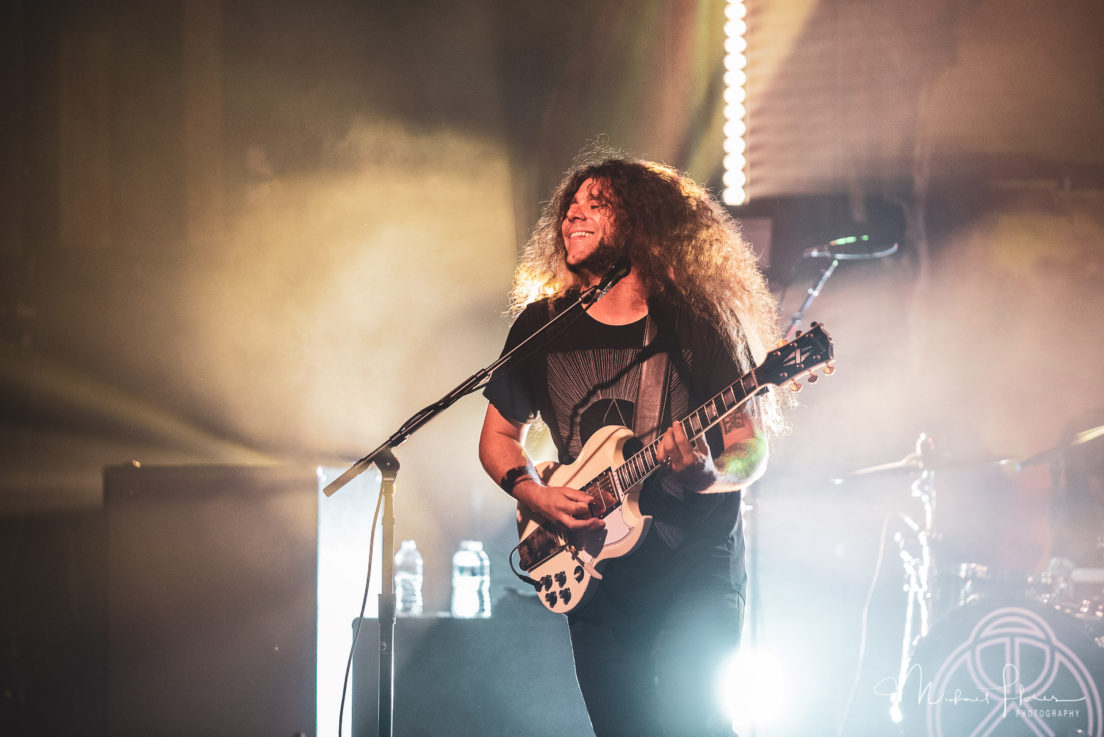 As the headliners prepared to take the stage, fans chanting “Coheed! Coheed!” roared through the venue. Coheed and Cambria, a progressive rock band from Nyack, NY are wrapping up their Unheavenly Skye Tour in support of their 9th studio album, The Unheavenly Creatures.

If you are a Coheed and Cambria fan, you may already know that most of their albums are based on a sci-fi story line called The Armory Wars, created by Claudio Sanchez, their lead singer and guitarist. He also has a comic book line and was recently at the NY Comic Con a couple weeks ago promoting The Amory Wars. The band played a 15-song set that included a 2-song encore. Despite their setlist revolving around their latest album, all their songs in their setlist followed the Amory Wars story arc. Fans were only slightly disappointed but understood that none of the songs from the album The Color Before The Sun were to be played, a well-received album that doesn’t follow the comic book line.

Coheed and Cambria kicked off the night strong with their “Prologue” or intro to their single “The Dark Sentencer.”  Fans were cheering and singing along from the very first song all the way through to the end.  Fans would often create a mosh pit where people would be running and bouncing around into each other. This would often lead to people crowd surfing across to the front of the stage. They would be received by the security team throughout the night. As they finished their set, fans chanted for more. 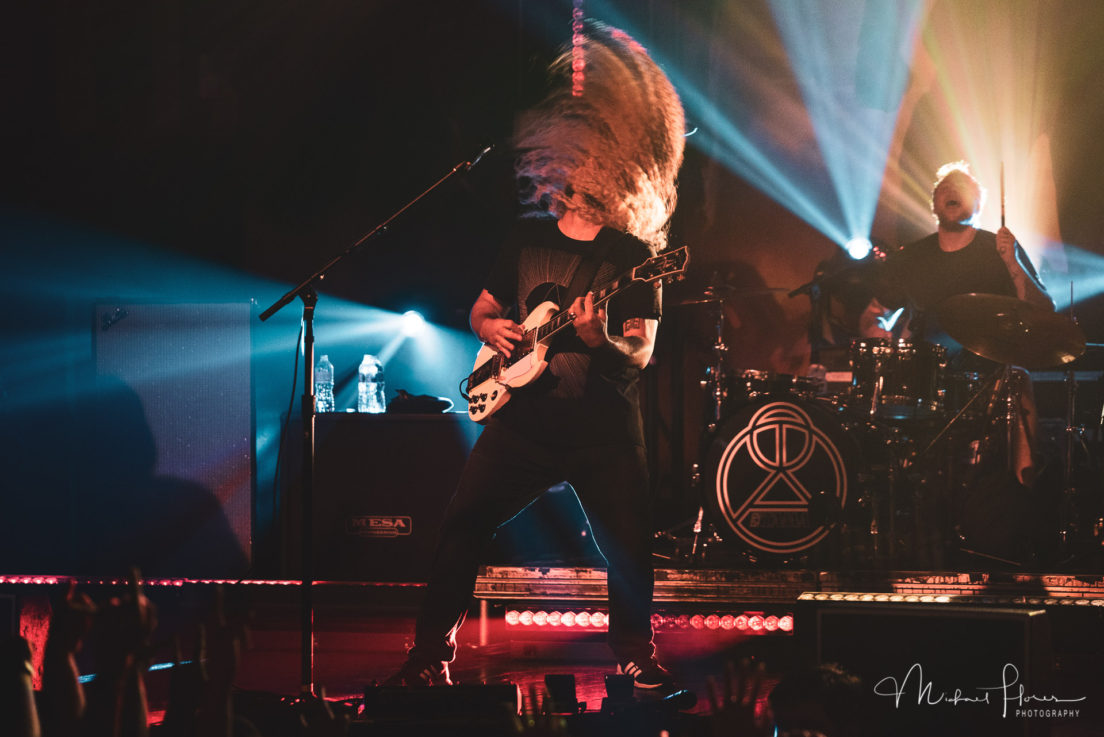 The band ended the night with a 2-song encore performing the highly anticipated “Welcome Home” with Claudio’s double-neck guitar as their fans went wild chanting and crowd surfing.

Coheed and Cambria is currently wrapping up their last couple of shows of The Unheavenly Skye Tour with support from The Contortionist but stay tuned for any new material or tours as you wouldn’t want to miss these two acts.