Indianapolis, IN – Joyous Wolf is a young band gaining momentum.  After touring with Buckcherry earlier this year, this foursome from Southern California now find themselves supporting legendary Deep Purple’s The Long Good-bye Tour.  On this night, the 1960s/1970s-era fan base was treated to a good dose of new rock to complement the classic rock of the headliner. 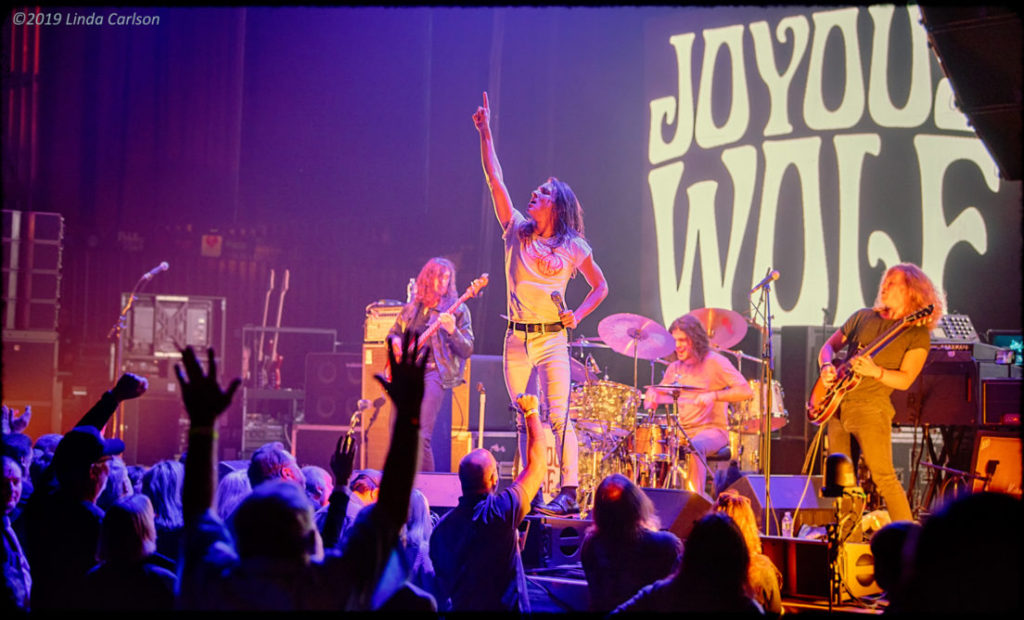 The Murat Theatre is an elegant velvet-cushioned fold-down seating theater with a large stage, ample floor level seating and a generous balcony, mostly full on this evening.  The fans were nostalgia-seekers, largely of a “certain age,” and the question arose…how will they respond to Joyous Wolf’s performance?  Will this audience embrace the highly physical, highly expressive performance that lead singer Nick Reese gives?

The answer was…yes!  It wasn’t immediate, however, as the fans had to process the Joyous Wolf presentation and sound.  There was no doubt, JW is all about rock ‘n roll, so that checked an important box for these fans.  Reese is not an idle performer.  He struts across the stage, he leaps in the air, he does the splits, he does somersaults, and he constantly motions to the crowd to join in the show.  With eyes open wide and arms gesticulating wildly, Reese engages the audience and brings them into the fold.  It is the building of a relationship, and he does so with a consummate passion. 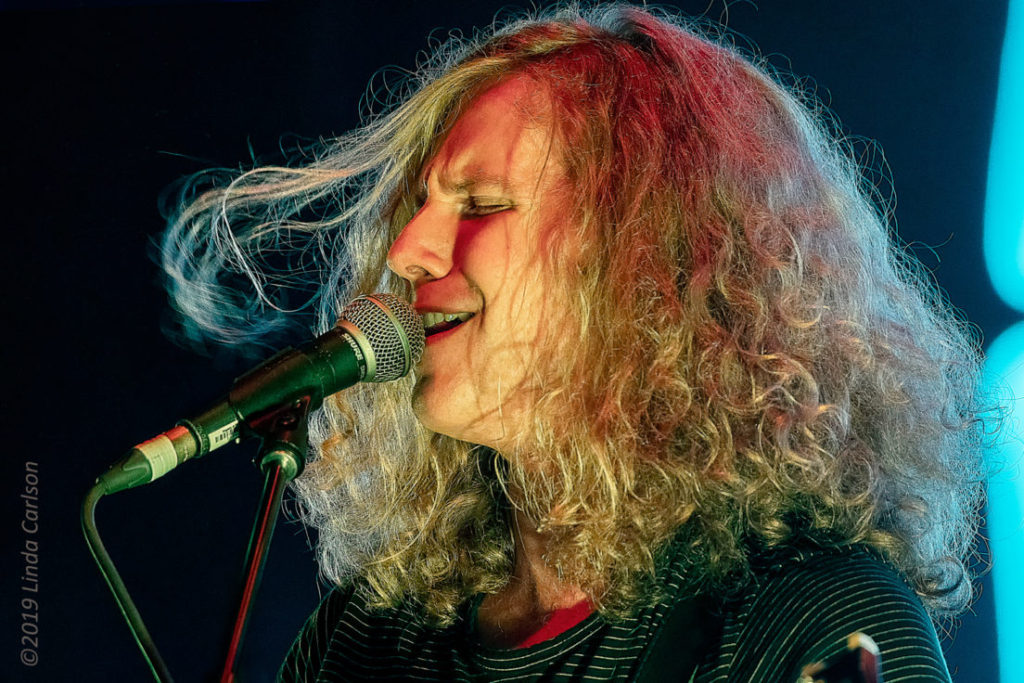 During the last song of the set (“Quiet Heart”), Reese urged the crowd to stand, shouting “Stand up for Rock and Roll!” and “Stand up for Deep Purple!”  Reese left the comfort of the stage and entered the audience, running purposefully up and down aisles, across rows of patrons, lifting his arms repeatedly to get the audience excited.  Fans stood enthusiastically, raised their arms, enjoying the tenacity and magnetic charms of youth. 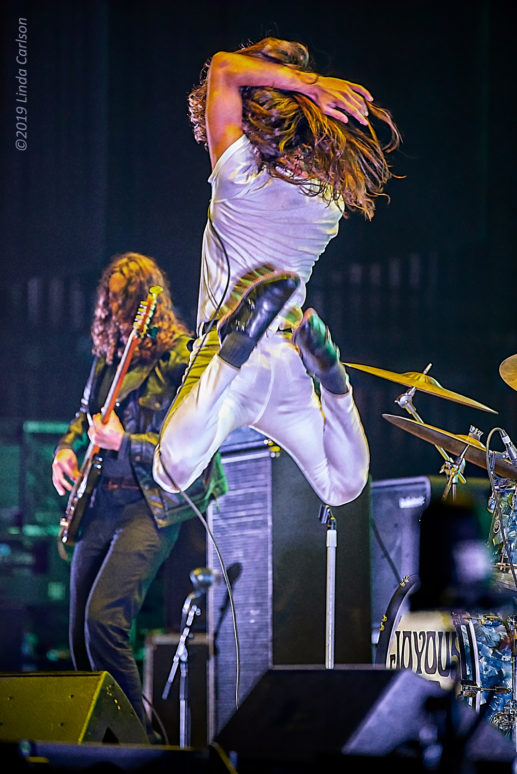 This is the third time I have experienced a JW show, once at an outdoor festival, once in a small, intimate venue and then at this large formal theater – all completely different environments, yet the JW formula worked each time.

The JW set was a terrific “aperitif” for Deep Purple’s main course, which was itself quite a show, with impressive vocal and instrumental performances, highlighted by electric solos by bassist Roger Glover, guitarist Steve Morse, keyboardist Don Airey and drummer Ian Paice.

The combination of Joyous Wolf and Deep Purple is special.  The Long Good-bye Tour continues, moving to Europe in December following a brief November respite.  Check the bands’ websites for details: www.deeppurple.com  and www.joyouswolf.com.