Perhaps the most important character in the Batman universe, besides The Caped Crusader himself, is undoubtedly The Joker. It seemed obvious that in this day and age of origin stories, and comic book movies in general, that we’d eventually see where The Clown Prince of Crime came from, but some doubted whether or not it was a story that we’d all want to see. This is especially true given the lackluster nature in which DC and Warner Bros. have been delivering some of their theatrical movies of late.

This version of Joker takes us back to the ‘80s. Amongst a dire economy where the rich thrive and the poor toil along endlessly, barely making ends meet, we meet Arthur Fleck. Arthur is a full time clown at a service that sends out clowns for hire at various events, store closings, hospital wings, etc. He gets picked on at work, by street goers and his own coworkers, lives with and cares for his mother, and every night they sit down to watch their favorite late night talk show together. As things get worse and worse for Arthur, his descent into madness goes further and further until it reaches a breaking point and he ultimately becomes the character we’re all familiar with.

Phoenix’s turn as Joker is absolutely brilliant. Todd Phillips is clearly leaning on his influences of Travis Bickell, The King of Comedy, other Batman films, etc. to craft this character, and although the end product is good, great even, it just doesn’t completely feel like the character we’ve known.

What makes The Joker a great character is how essential he is to Batman’s existence. He will always be the one to test Batman’s will to maintain his one and only rule that he will not kill, despite The Joker giving Batman every opportunity to. The Joker is a madman who wants to see the world burn for no reason other than that it’d be an interesting thing to see. Classic Joker isn’t a sad sack who’s mad at the world because the world keeps beating him, he’s a criminal mastermind who wants to rule the world because it’s there, for the taking… and who better to take it than him? This version of Joker isn’t that. Despite the vast difference in how Cesar Romero, Jack Nicholson, Heath Ledger, and yes, even Jared Leto have played the Joker, they always stayed true to the central theme of him being the yin to Batman’s yang, or him being a criminal genius. Classic Joker is many things, but he isn’t sad. 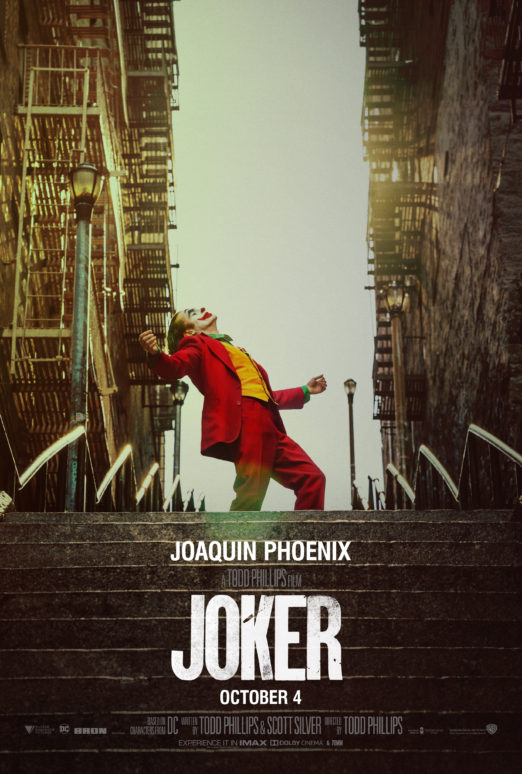 He’s also still the bad guy. He’s not a character to be deified or beguiled like a superhero. He’s a villain. One can appreciate the character because of how essential he is to the Batman universe, but he shouldn’t be worshipped or made to be a hero as he seemingly is in Todd Phillip’s Joker. One might be concerned that this film is a little irresponsible in how it delivers its message, and the cause for someone to misinterpret it the wrong way is legitimate. Thankfully, in a weird way, the film is almost too dull for that to be a true concern.

This is the odd movie math problem of great performance + great direction + great production = a potentially bland film. It’d be an almost perfect movie if the character were trying to tell you it was anyone but the Joker. Or even if that fact was a secret until the very end. The loosely thrown in Batman ties even felt unnecessary and almost cheesy. Overall, it’s a great performance from Joaquin Phoenix, one worthy of all of the praise in the world. The overall feel of the film on the other hand is a different matter entirely.

That being said, this isn’t a film to miss. It’s an impressive character study with an amazing performance by Phoenix, and important in a time where real world issues like mental illness and healthcare – or (at least in the US) a lack there of – are at the front and center of many news headlines. In Joker, we see the decline of a man who is failed by those he relies most on – his government, his job, even his own mother – and is left with nothing to believe in. That alone is an interesting watch, but it leaves much to be desired for those who wanted a more accurate portrayal of the iconic DC baddie.