Cambridge, MA – Ignited by San Fermin’s limitless verve and palpable chemistry, the energy of the 500 seat Sinclair matched that of a sold out stadium. Earlier this week San Fermin embarked on a two-month tour, showcasing their fifth album together, The Cormorant I. The Cormorant, in parts I and II, is the latest brainchild of Brooklyn-based band leader Ellis Ludwig-Leone. From behind a set of two keyboards, Ludwig-Leone danced as he played the music of his own creation brought to life by the seven brilliant musicians beside him. 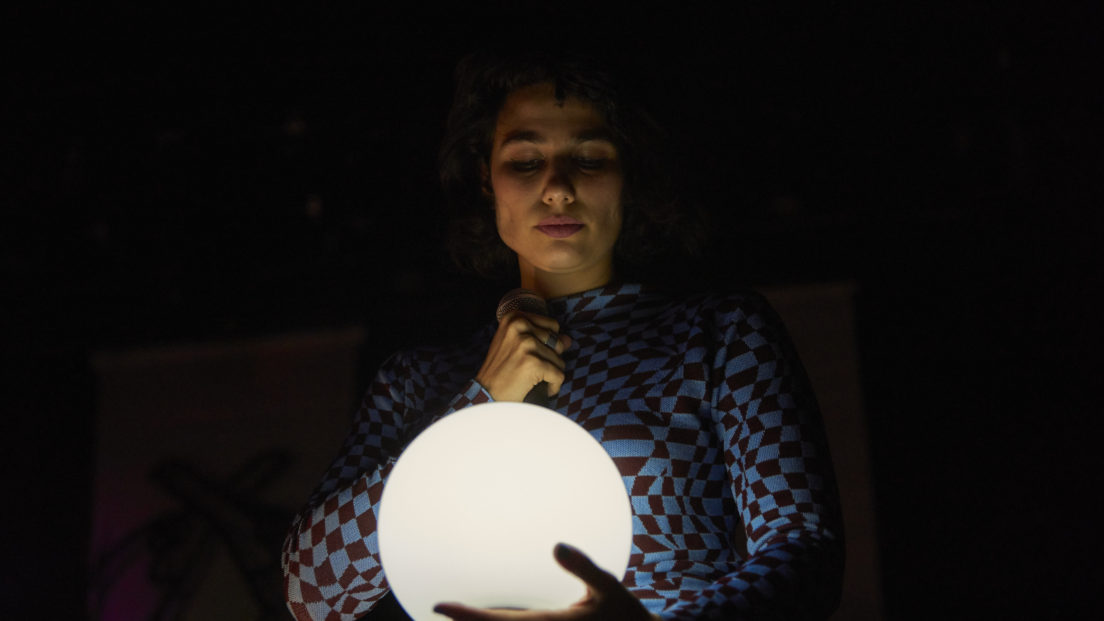 Without promenade or obvious commencement, Lisel’s electronic accompaniment filled the hall. As the audience finished their conversations, group by group, Lisel lit a plastic white orb which she would use throughout the performance. With the glowing sphere balanced delicately in one hand, she approached the microphone and her ethereal yet laser-accurate voice immediately captured each and every member of the humble audience. The entire set flowed from song to song without obvious break, permeated only by the applause of the entranced (and growing) crowd.

A classically trained soprano, Lisel has no apparent need for the pitch correcting powers of autotune. Her use of this filter seemingly disembodies her otherwise deeply rooted voice; the voice itself becomes more instrument-like. The performance in sum is much more than a woman and her music. Between artfully programmed choreography, stunning incorporation of lighting elements and intimate moments at the front of the stage, her performance was an altogether mesmerizing work of art. Lisel challenges the traditional expectations of an opening act in a way that is totally her own. 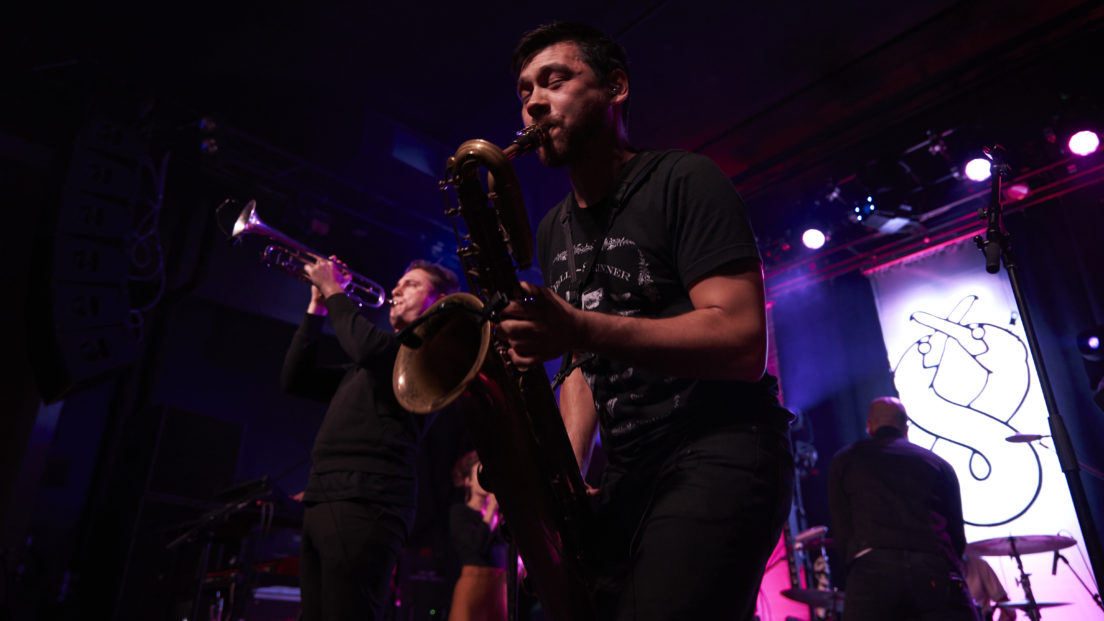 While the stage hands changed the stage over from a one woman show to a space more suitable for eight players, a certain smell wafted through the air. From the stage one could see a small stream of smoke coming from a stick of Palo Santo, traditionally burned for its cleansing properties. The atmosphere created by the smoke of the holy wood prepared the audience perfectly for the first notes of “The Cormorant,” the first song on the album by the same name.

The Cormorant, in parts I and II was born out Ludeig-Leone’s sabbatical to Iceland on the advent of his 30th birthday. During his first extended break from touring in nearly four years, he took the opportunity to recenter and write from a deeper place. The Cormorant I’s tracks center on the dichotomy between growing up and longing for innocence. As the album draws listeners into an imaginary space where one “deal[s] with a more complicated reality,” so the live show thrusts its audience into a world of San Fermin’s design.

Led by not one, not two, but three diverse lead vocalists, the content of the San Fermin’s two hour set was exceptionally dynamic. This phenomenon was only heightened by the fact that the music was played on violin, keys, percussion, drums, two guitars, trumpet and baritone sax, and not always by the same person; at one point in the show, members of the band swapped instruments. While the indie-pop ensemble has seen players come and go since 2013, the current outfit has a certain level of magic, and the audience can feel it.

San Fermin’s tour has only just begun, check them out as they visit a city near you!