Charlotte, NC —  It was a homecoming of sorts this weekend at the Visulite Theatre in Charlotte, as Papadosio, based two hours to the west in Asheville, packed the house for the second of a two-night run. The first thing fans would see as they entered the venue was a blank canvas behind artist Chris Morphis, who would be doing a live painting with the music, to be auctioned off online after the show. From the town of Greenville, SC, roughly two hours south of Charlotte, Morphis tours the country, live painting with bands and festivals. 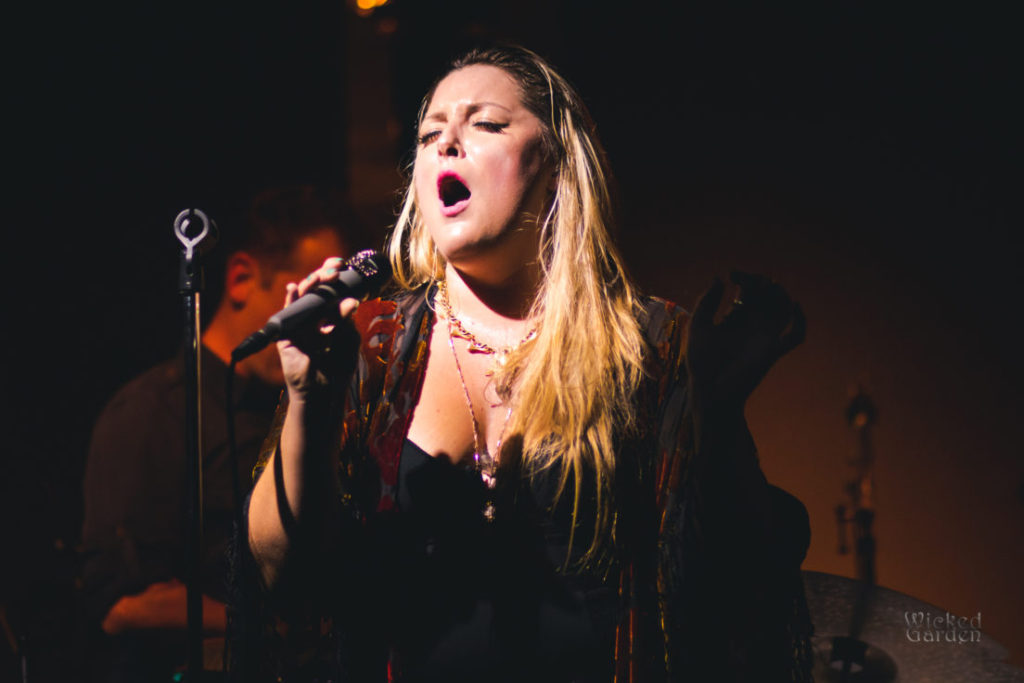 Opening the show was another Asheville band, The Broadcast. Led by vocalist Caitlin Krisko, the group won over the crowd in the first five minutes of their hour-long set. The core of the band’s sound is upbeat, good vibe rock n’ roll, with highly danceable songs like “Blue Heron“ and “Fighting the Feeling.” They took a few chances to show their range, with the dark and sultry “Led Blood,” and a jaw-dropping cover of Aretha Franklin’s “Today I Sing the Blues,” which showcased Krisko’s incredible voice and guitarist Aaron Austin’s impeccable talent. Every member of the band had a chance to show their chops multiple times, with each player taking the spotlight during “Skeeters Tweeter.”

As Papadosio took the stage, it felt much like the blank canvas at the front, just waiting for the artist’s inspiration to fill it with color. The first few synth notes of “Vactrollio” kicked off a marathon of experimental electronic jazz and progressive rock, which would move into the recently released “Catalyst,” a pairing that would last a full 20 minutes before taking a breath. It would be ten more minutes before the first vocals were sung, when they launched into “Holy Heck,” from their 2008 debut EP, By the Light of the Stars.

Papadosio is a musical journey, fueled by the band’s undeniable talent and driven by the members’ ability to change time and key signatures on a dime. Throughout the show, band members were communicating upcoming changes to each other, sometimes visually, sometimes talking to each other through their monitor system. The results are seamless transitions from one musical story to another.

The visual element is every bit as important to the show. Behind the band were five large LED screens, providing an intricate and vibrant backdrop to the show. Trippy geometric designs danced at the back of the stage, complementing the instrumental brilliance of songs like “Fanfare for the Rain People,” from their latest LP, Content Coma. At times, the screens were the sole source of stage light, silhouetting the band members against the colorful scenery, while also lighting the dancing crowd. 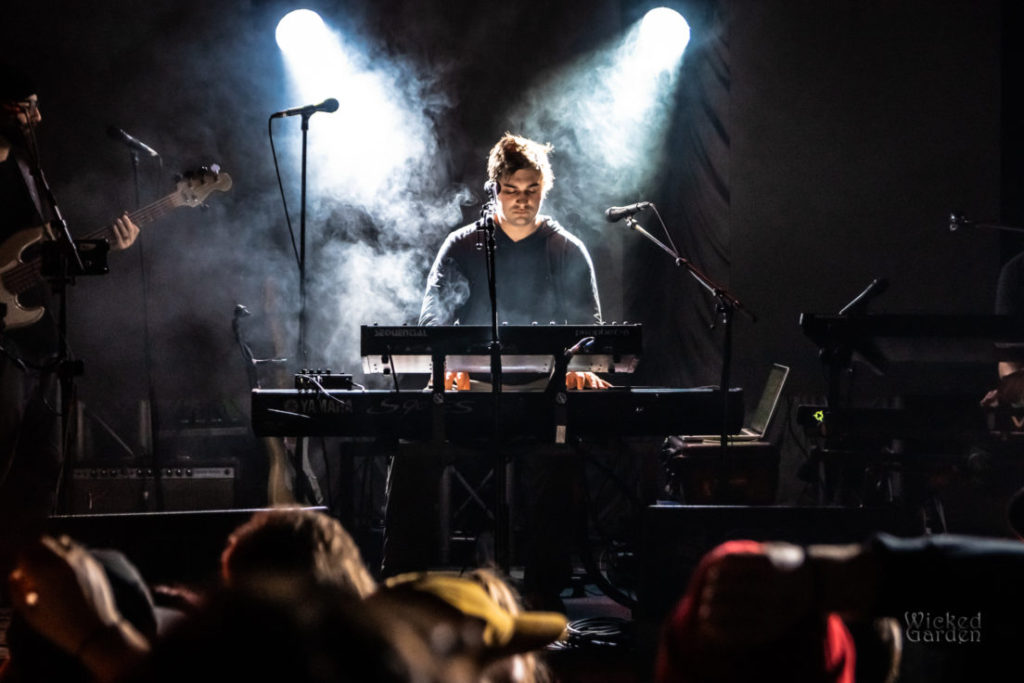 After a solid hour and forty-five minutes of music, the band left the stage for a brief intermission. They returned for an 15-minute encore of “We Are Water,” one of the band’s most popular songs, from their 2012 release, T.E.T.I.O.S. As the group exited the stage, stopping to high-five fans close to the front, the audience headed towards the back of the room to the merch table, and to see the result of Chris Morphis’s live painting.

Papadosio will be wrapping up their fall tour with dates in Detroit, MI, Tempe, AZ, and Santa Fe, NM. They will wrap up the year in the last week of December with hometown shows in Asheville, NC and New Year’s Eve in Columbus, OH. Look for more dates to follow in 2020.