CHARLOTTE, NC — A diverse and excited crowd filtered in from the cold, filling the venue well before showtime on Tuesday night for a sweaty night of hard alt-rock. The venue announced only a couple hours ahead that the showtime would be moved up fifteen minutes earlier, but that didn’t appear to keep the room from filling up before the first note. 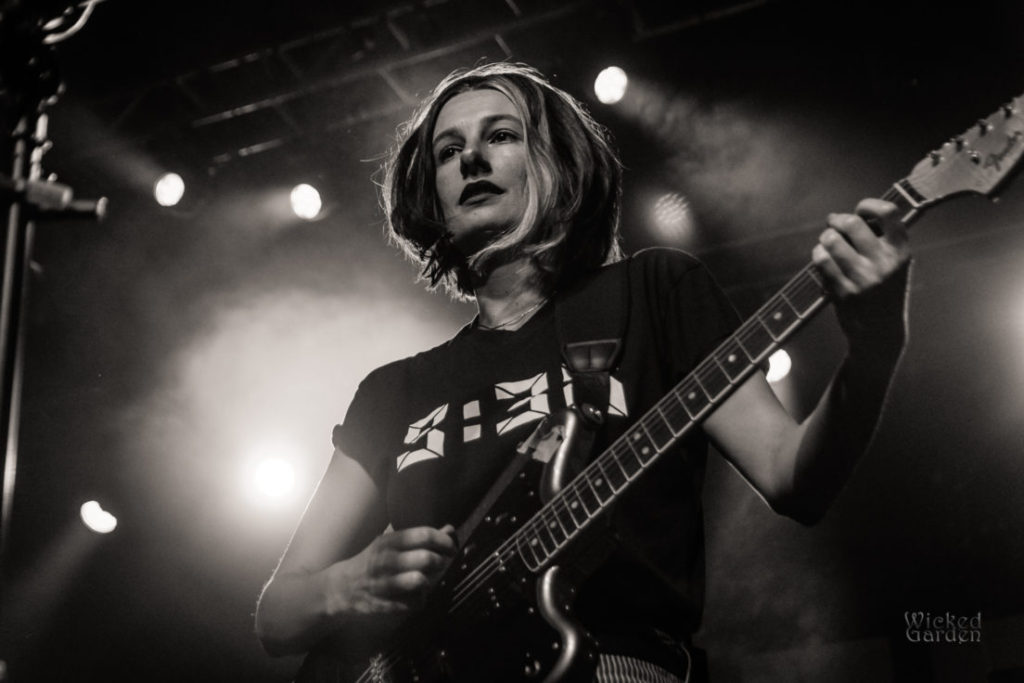 Boston-born trio Slothrust took the stage like a thunderstorm, opening their show with the thrashy instrumental “Surf Rock” to summon the stragglers at the merch table and bar. They settled into their set with “Birthday Cake,” from their latest full-length album, The Pact, under a wash of blue light and smoke. Vocalist/guitarist Leah Wellbaum started the song with a quiet, solo verse before the band kicked it back into overdrive. The crowd jumped along to the bouncy, country-ish verses of “7:30 a.m.” and the all-out indie-rock gem, “Peach.”

The band played on, taking the audience on a trip from their dirtiest Seattle-grunge-inspired side with “Fever Doggs,” to their jazziest lounge-crooner side with “On My Mind.” By the time they got to the first chorus of the power-chord rocker “Planetarium,” anyone in the crowd who was still undecided on the band had been won over. When bassist Kyle Bann stepped to center stage for the instrumental breakdown, the venue felt like an arena, with screaming fans filling the space between each riff. Along with drummer Will Gorin, the pair kept the rhythm speedy and tight throughout the 45-minute set, eventually culminating with “Crockpot,” from their 2013 LP, Of Course You Do. 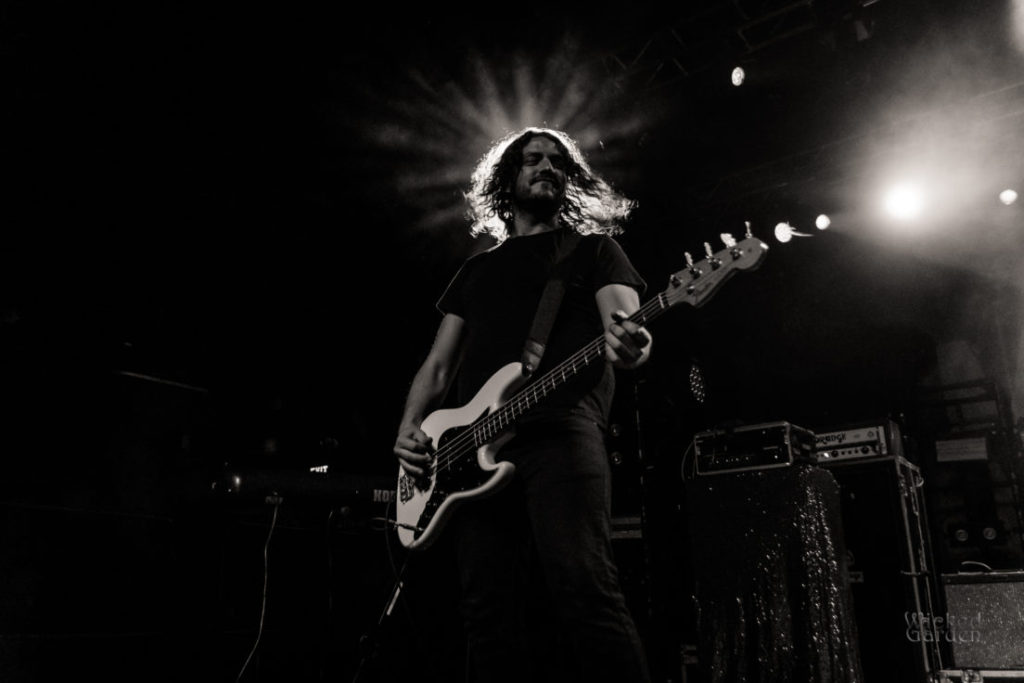 As the Elton John ballad “Can You Feel the Love Tonight” blared sweetly over the PA, the members of Highly Suspect slowly took their places on the stage. The crowd sang along until finally the band broke into their set with a blistering run-through of “Bath Salts,” from their 2015 debut album, Mister Asylum. Vocalist/guitarist Johnny Stevens stood tall in head-to-toe black, with a heavy winter coat and boots, shorts with leggings layering underneath, and a hat bearing the title of the album released earlier this month, MCID.

Following a trio of hard rock tunes to get their set underway, the band slowed it down for “Round and Round,” with bassist Rich Meyer taking over lead vocals. Meyer would soon take another turn on the mic, with an acoustic guitar in hand, for the ballad “Arizona.” On MCID, the band explored more mid-tempo synth-driven avenues then previous albums, as well as hip-hop and prog-rock. “Freak Street,” and “Fly” showcased this side of the band as they moved into the second half of their set. 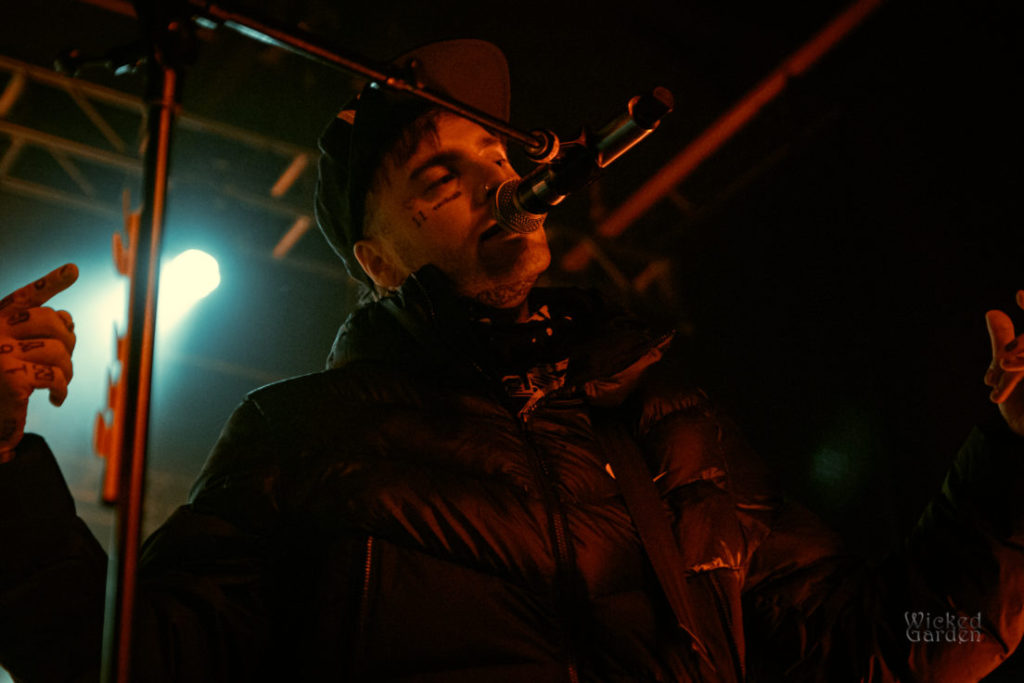 After bringing out the band Everything Is Sex to play a punk-tinted song of the same name with Stevens, the stage went dark with electronic music playing over the house system. When the band came back, they wore bright orange vests, which glowed under the blue light, for their latest single, “Tokyo Ghoul.” The group ripped through their home stretch with crowd favorites “16” and “F.W.Y.T.,” the new “Snow White,” and closed their set with “Wolf.” 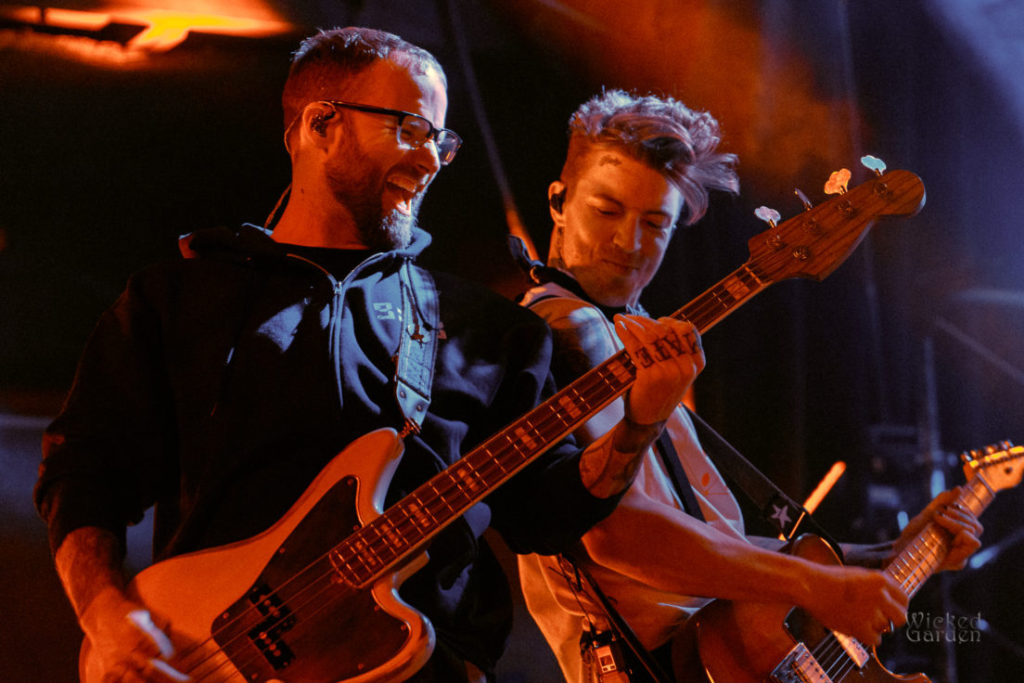 Slothrust and Highly Suspect only have a few dates left together, then each band will continue on their own tour schedules. Follow them on social media to catch them on the road.