CHARLOTTE, NC — Feel-good vibes filled the air at Charlotte’s Visulite Theatre as The Movement ascended on the Queen City for a legion of fans on Wednesday night. Following a sold-out show the previous night in nearby Raleigh, the house was packed in time for the first of two opening bands, turning the venue into what felt like one of the best house parties for the entire night.

Hawaii-based The Late Ones kicked the night off with a 40-minute set of their smooth blend of reggae, hip-hop, and R & B. The group bounced around the stage, decorated with posters of idols like Bob Marley and Martin Luther King, Jr, bringing a modern twist to their roots-inspired songs. By the time they hit the ending chorus of their last song, “Hi Power,” the room was nearly full and the crowd was well-warmed up for the evening. 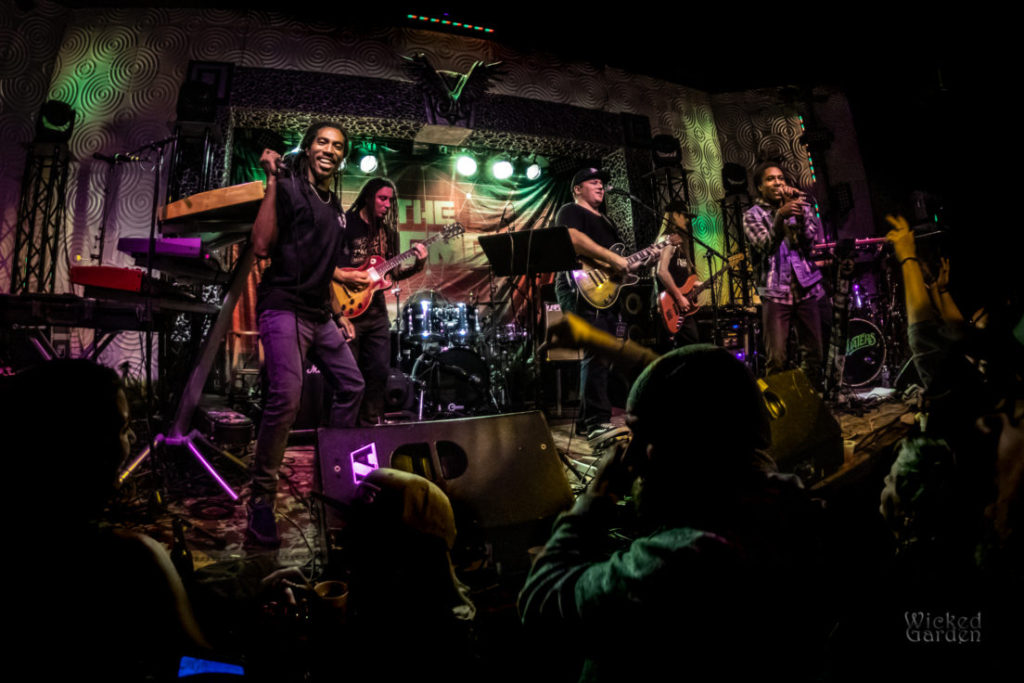 Following a short break, Boston’s The Elovaters took the stage with their breezy hit, “Wind On My Back.” Vocalist / guitarist Jackson Wetherbee led the group through their laid-back set, made up mostly of songs from their latest release, Defy Gravity. The group kicked the energy up a notch when they brought members of The Late Ones back to the stage for “Meridian,” which also featured them on the studio recording. The crowd sang along to the anthemic chorus of their latest single, “Gonna Shine,” with its bouncy rhythm and smooth guitar lines.

The Movement took the already energetic room to a new level, as they performed “Loud Enough,” from Ways of the World, released earlier this year. Arms waved in unison, back and forth through the air, to the rhythmic sounds of the band’s set, made up mostly of the new album. Vocalist / guitarist Josh Swain, with his signature facial expressions and charismatic stage presence, worked the audience like a master with favorites like “Take Me to the Ocean” and “Cool Me Down.” 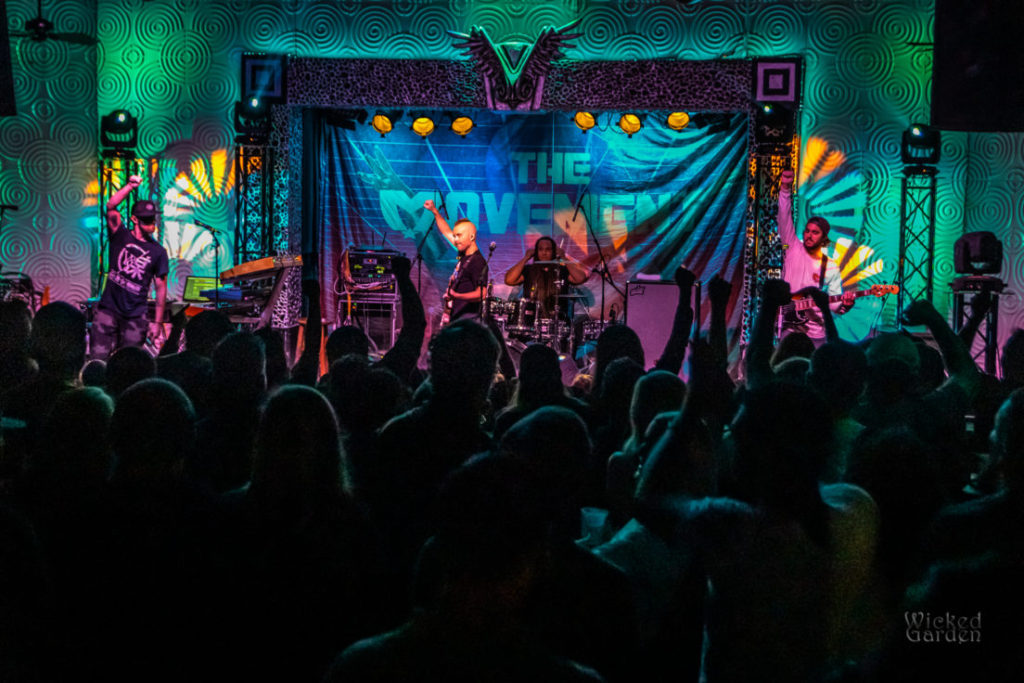 The rhythm section of bassist Jason Schmidt and drummer Gary Jackson drove the pulse of the venue throughout with a throbbing beat to jump along to, taking no time to rest between songs. Keyboardist Matt Goodwin added melodies ranging from bright and happy on “Life is a Circle” to down and dirty riffs such as “Redwoodz,” even switching between his stack of keyboards and a trumpet several times, mid-song.

The Movement, with their easy-going vibes, easily transported the audience from the 40-degree onset of winter outside to a tropical beach vacation inside the venue for an hour and a half, before leaving the stage for a brief encore break. They returned with the closest thing to a ballad of the entire night, the haunting “Remember (The Return)” and ending on the most energetic frenzy of the show on “Honey.”

Catch The Movement on tour through winter and beyond, joined by the Elovaters and The Late Ones for the rest of November.