Coconut Creek, FL – On this past chilly Sunday evening, fans all over South Florida made their way to Coconut Creek Seminole Casino to watch headliner Third Eye Blind perform what would turn out to be a night full of great drinks, food, and music. This venue is a little different than your average outdoor venue. Essentially, the show took place on a rather large parking lot with the full stage setup at one end of the lot. The other end was lined up with a variety of food trucks and several bars serving drinks. Guests were allowed to bring their lawn chairs to sit and enjoy the show under the stars. The relaxed venue atmosphere paired with great music and food was a recipe for a great night to come. 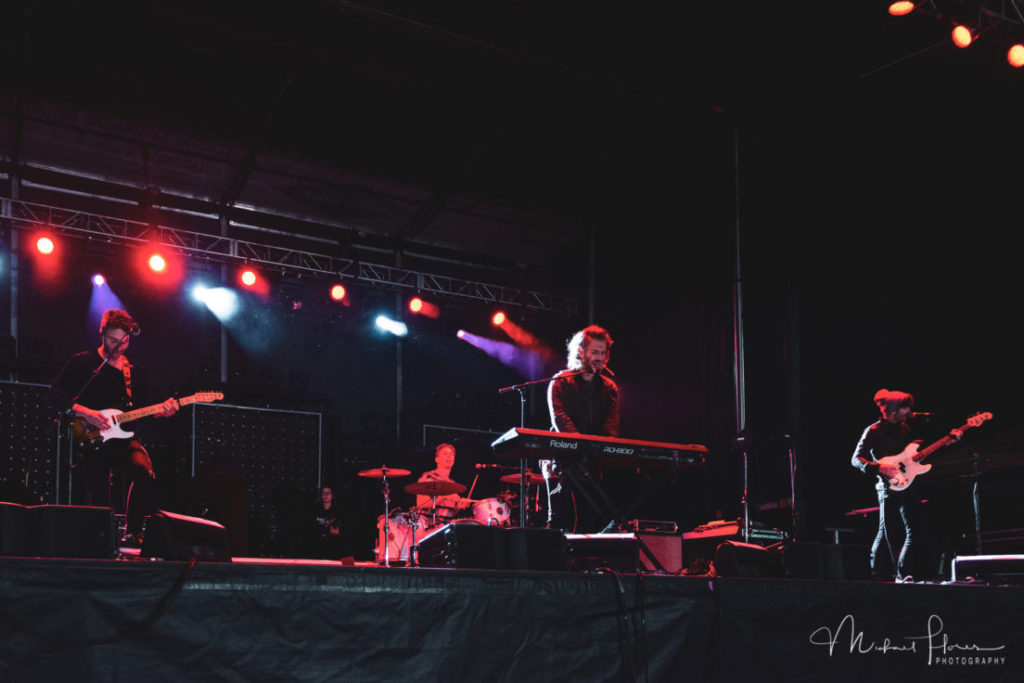 With support from Smallpools, a Los Angeles based indie synth pop-rock band formed back in 2013, the night kicked off strong as they started the show with their 2018 single “Stumblin’ Home.” Lead vocalist, Sean Scanlon, made a quick joke about one of their 2014 singles, “Killer Whales”, and how it’s a controversial topic given their band name. They then proceeded to toss out an inflatable killer whale balloon as fans made the killer whale jump around in the sea made of people. 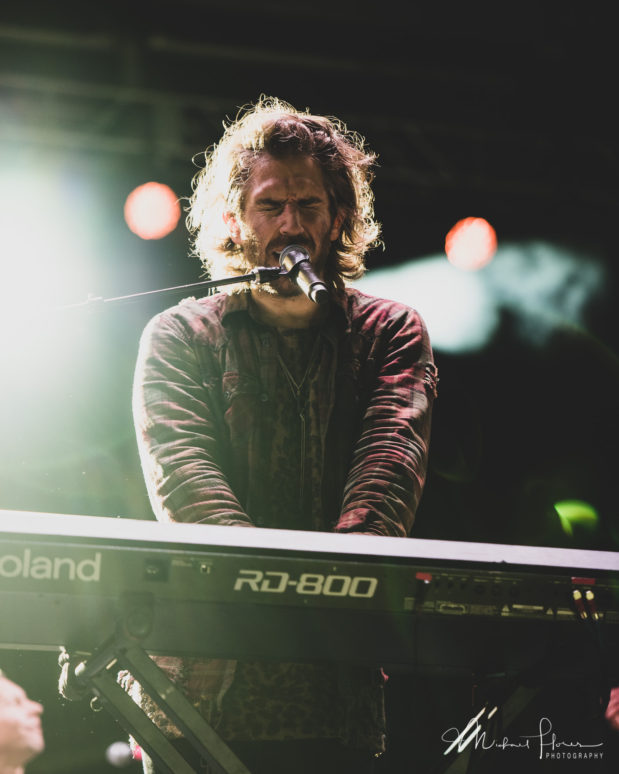 A fan yelled out to the band asking Sean if they could re-play a song. Sean seemed a little confused by the request as they had just finished playing that song a couple songs back. He was honored by the request but unfortunately had to decline.

They later proceeded to end their set with the song that started it all back in 2013, “Dreaming.” A song that put them on the map as it was featured in the FIFA 14 soundtrack as well as other promotional videos. Their music makes everyone want to dance and jump around as both their lyrics and sound are catchy. I definitely recommend checking them out as they continue their tour with the headliner Third Eye Blind. 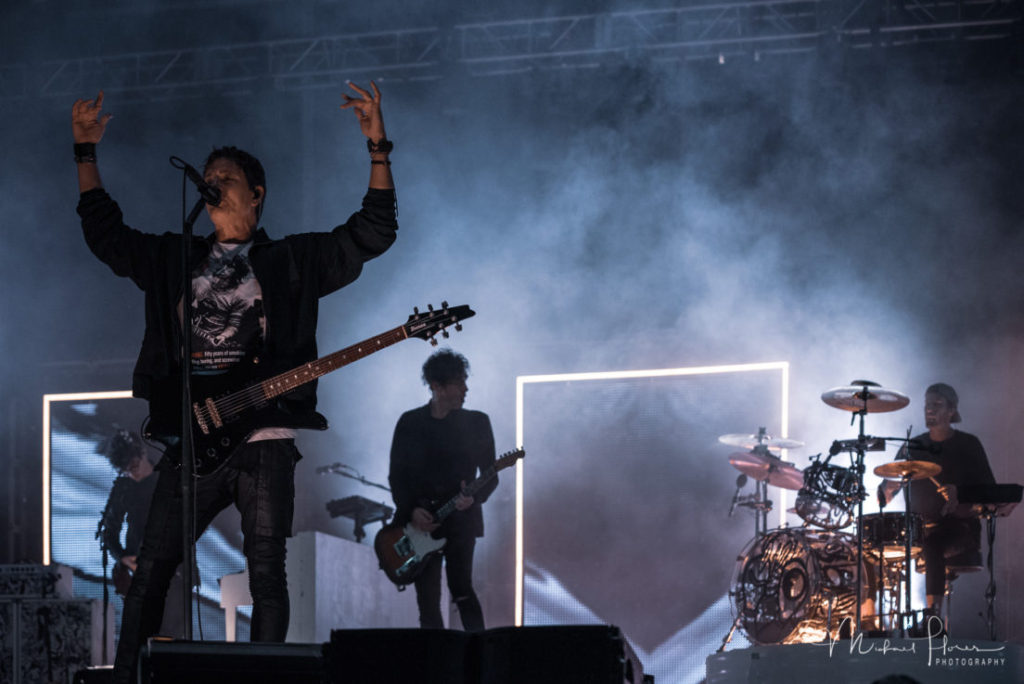 When it was time for the headliner, Third Eye Blind, to perform the crowd was already pumped and ready to keep dancing as it was a good way to keep warm that night. Third Eye Blind was formed by Stephan Jenkins and Kevin Cadogan back in 1993 but it wasn’t until 1997 when they released their self-titled debut album along with drummer Brad Hargreaves that really elevated them to being one of the most popular bands of the 90s. Despite having a fallout in the year 2000s, Third Eye Blind returned strong leaving Stephan and Brad as the bands most senior members.

The band kicked off the night with “Thanks a Lot,” but it wasn’t until the second song, “Never Let You Go,” that the crowd truly got into it, screaming lyrics back at the band.  What many may not be aware of is that Third Eye Blind has a ultra-dedicated fan base that know all their song’s lyrics to the point where Stephan called themselves an “Indie Cult-Band.” Ultra-dedicated fans and new fans alike were there to support them and enjoy the show. The band would often feed off their energy as they made their way their setlist. 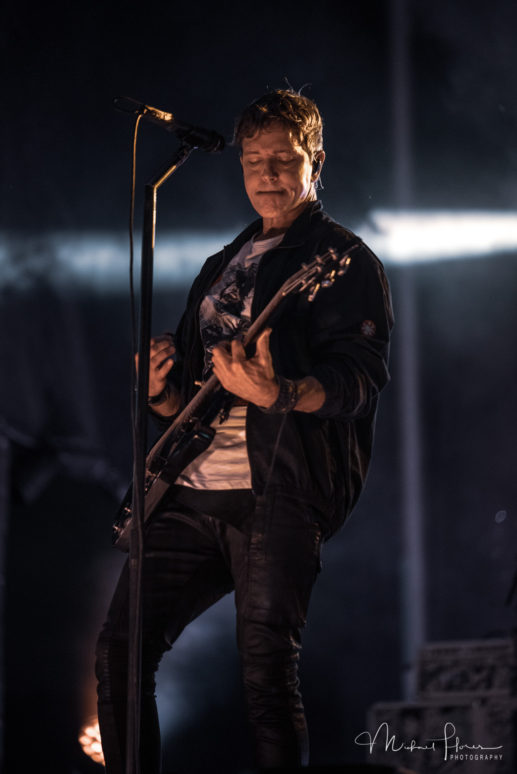 Third Eye Blind ended their set with their song “Light it up,” a new song from their latest album. Although the crowd seemed to enjoy their set, they quickly demanded an encore as Third Eye Blind saved their best for last. They ended the show with a 3-song encore including their beloved hits, “Semi-Charmed Life” and “How’s It Going to Be.”

For those at the end of the show who weren’t ready to go home were more than welcome to go back to the Seminole Casino and enjoy the rest of their night there. Third Eye Blind will continue their tour promoting their newly released Screamer album through the end of the year.