Cincinnati, OH – People ring in the New Year in all sorts of ways, and what better way than two nights of music from the Rumpke Mountain Boys and friends?  As was done last year, The RMBs played two nights (December 30 and 31) at The 20th Century Theater in downtown Oakley.  The first night, reviewed here, was a plugged-in electric set, and on the second night (New Year’s Eve) they performed a traditional acoustic set.

On this “electrified” night, the evening’s fare was opened by Fletcher’s Grove, an Appalachian jam rock band from Morgantown, WV, who performed an energized set complete with congo drums to complement traditional instruments.  Soothing vocals and lively instrumentals to start the evening.

To further bring the growing crowd into the musical fold was the Joe Marcinek Band.  A JMB show is never routine, as the musician lineup is fluid.  There’s a different line-up with every performance, with Marcinek as the common thread.  There’s a communal energy to the performance that is quite remarkable considering the musicians have not grown together over time.  There’s a definite element of pure jam, with performers feeding off of each other and performing, quite literally, harmoniously.  It works.

The headliners were met with genuine enthusiasm and affection.  The Rumpke Mountain Boys (Adam Copeland: Guitar/Vocals; Ben Gourley: Mandolin/Vocals; J.D. Westmoreland: Upright Bass/Vocals; and Jason Wolf: Banjo/Dobro/Harmonica/Saw/Vocals) are a regional (and nationally touring) favorite.  They play their brand of “trash jam” or “trashgrass” (a nod to “Rumpke Mountain,” the humorous nickname for a Cincinnati-region trash/recycling company’s enormous mound of refuse) to the delight of their fans.

The audience was clearly familiar with the streams of impromptu jam.  Among the collection of fans of all ages, many dreadlocked young adults wearing loose-fitting, comfortable clothing swayed in pure eyes-closed bliss to each song, dancing in place or occasionally with a partner.  There was a familiarity among the audience, forged by common appreciation for the music, and this cohesion extended to RMB themselves.  A common union, a common joy.

Musicians from the opening bands joined RMB on stage, with Joe Marcinek on keyboards, the congo drummer from Fletcher’s Grove, and others.  One musician played a washboard, another a sax…what an eclectic mix of musical elements.  The four RMB mainstay members took turns singing.  As a band, they are known for having no established setlist.  They jam as the mood dictates.

All three bands tour year-round, and folks are encouraged to give all of them a good listen, and experience a show if any of them are performing in your area. 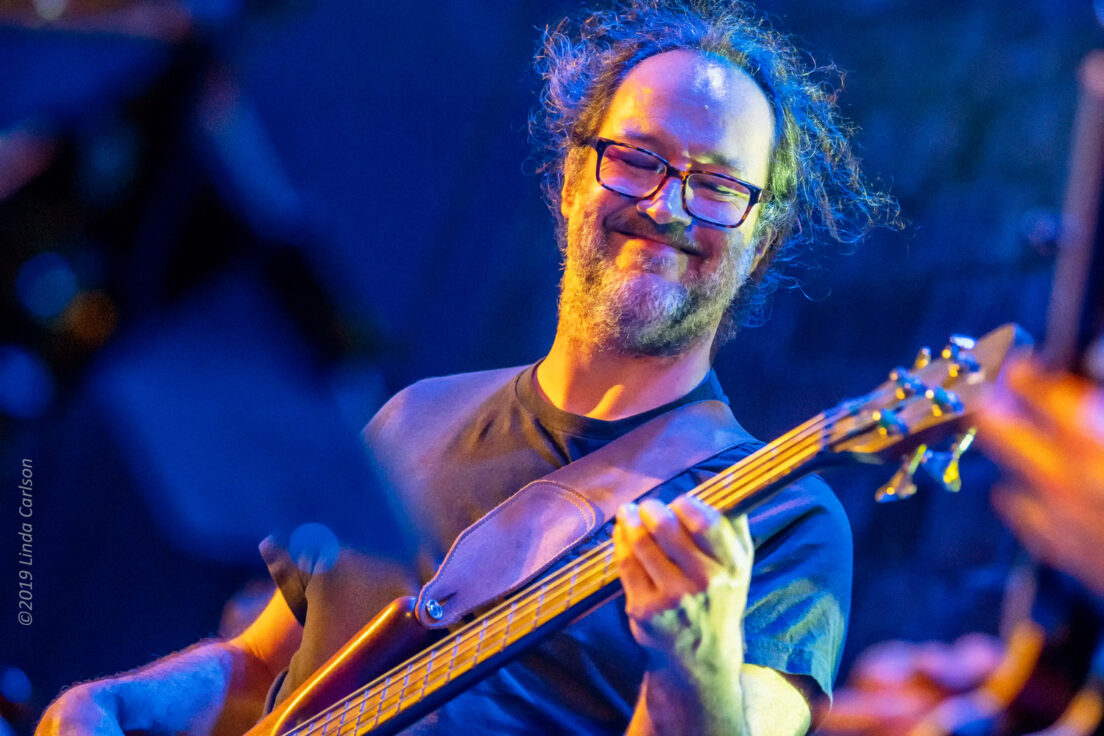 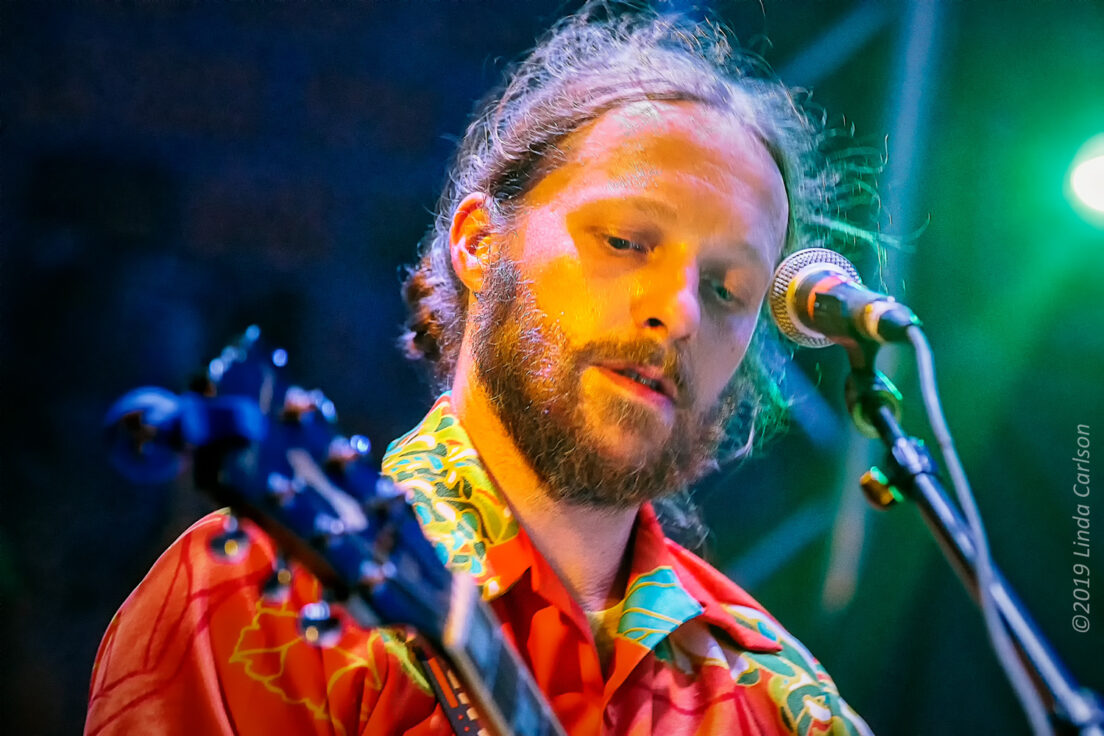 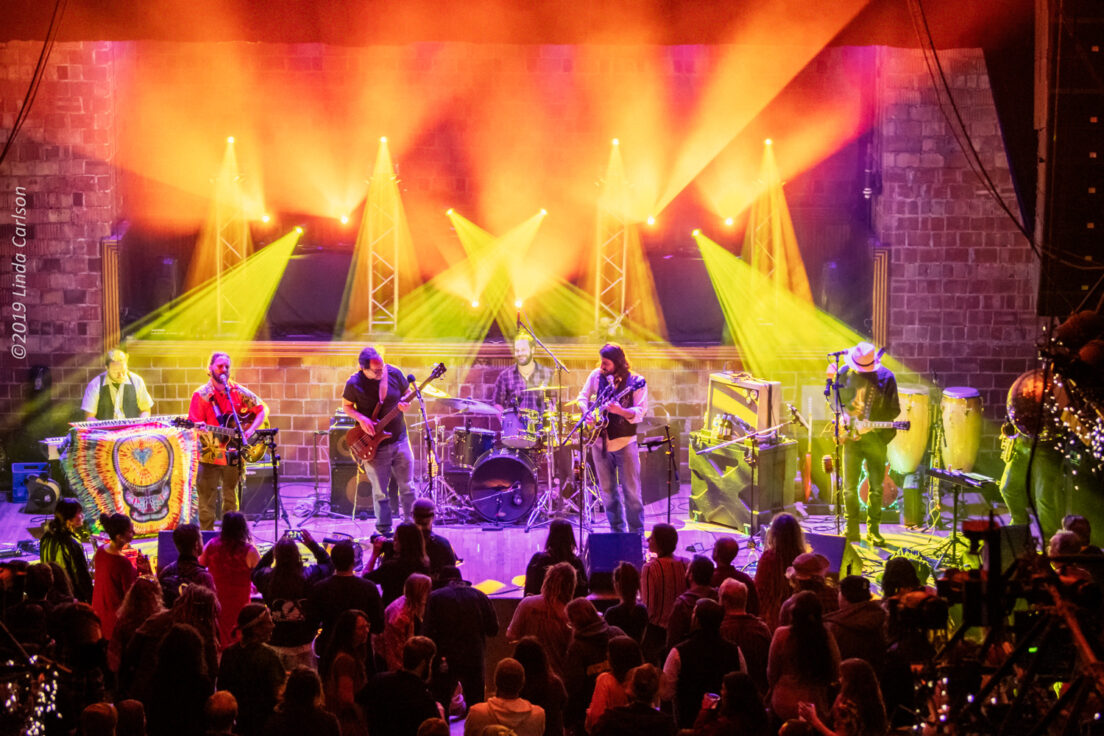 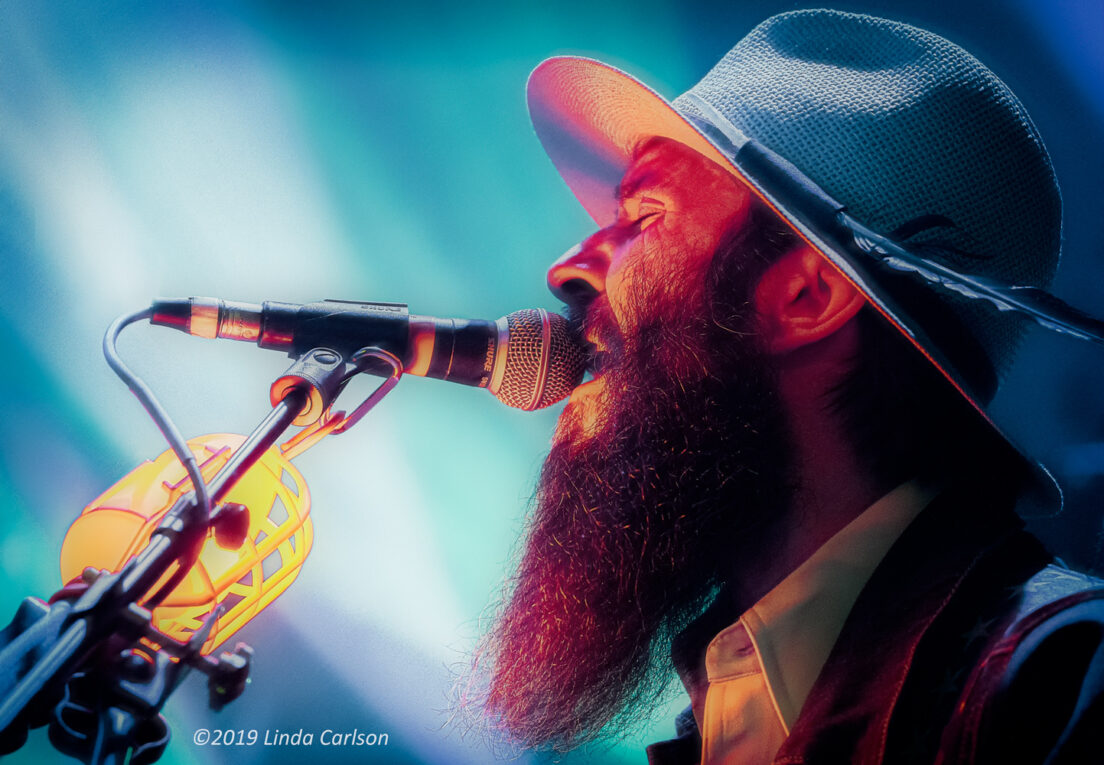 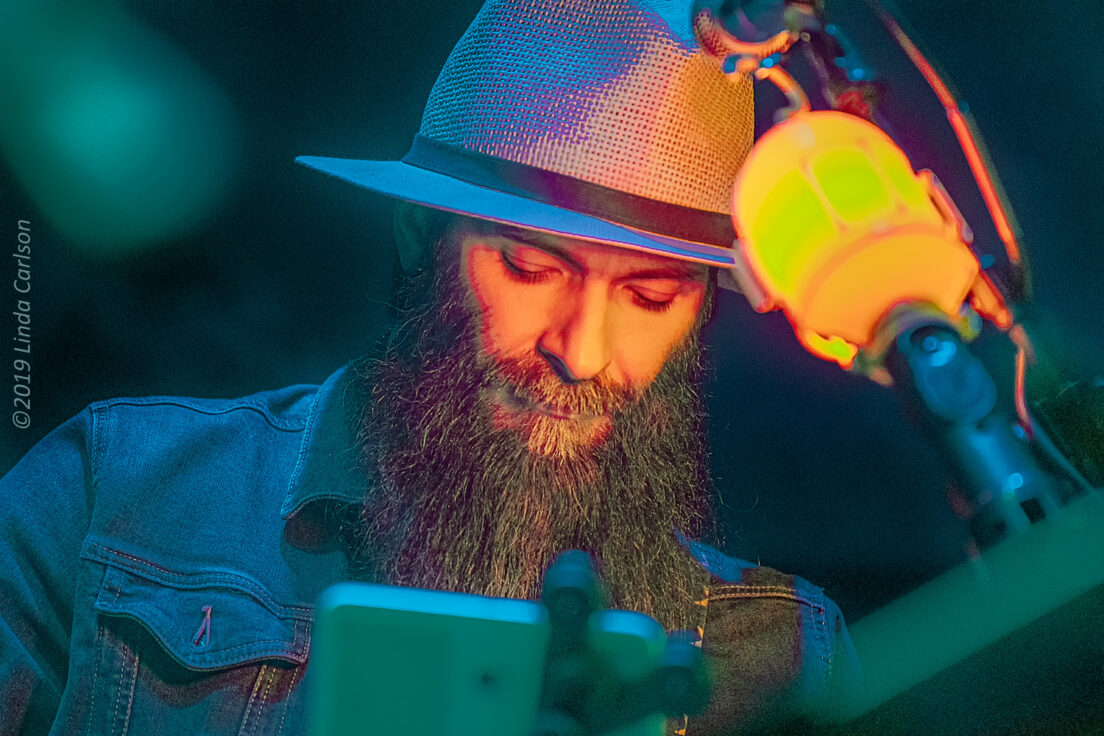 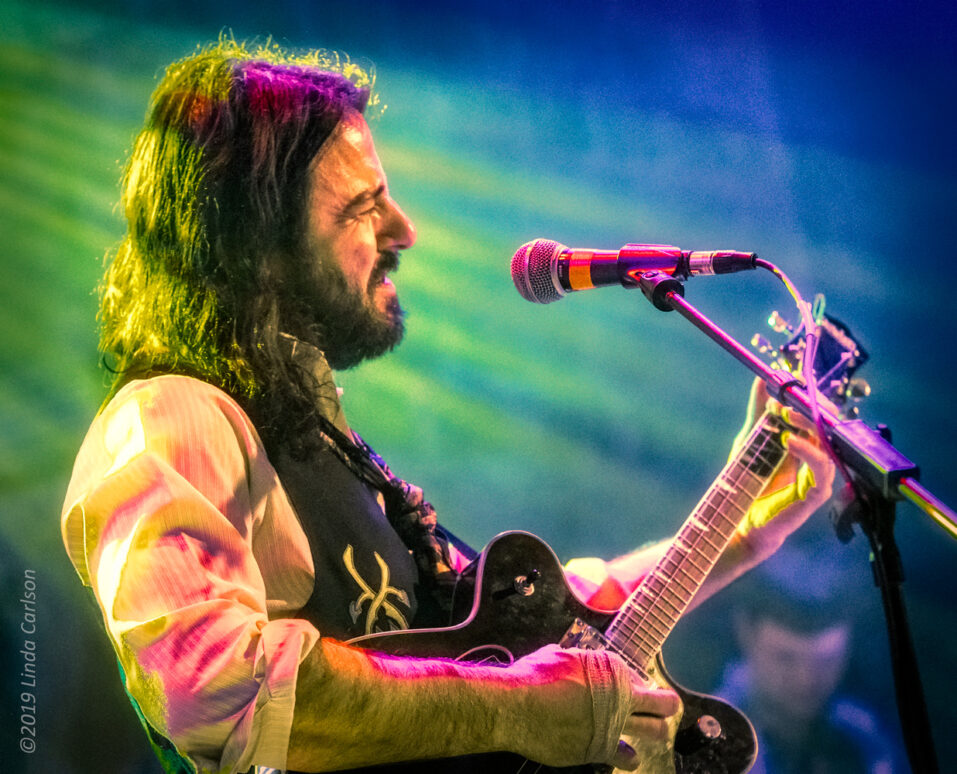 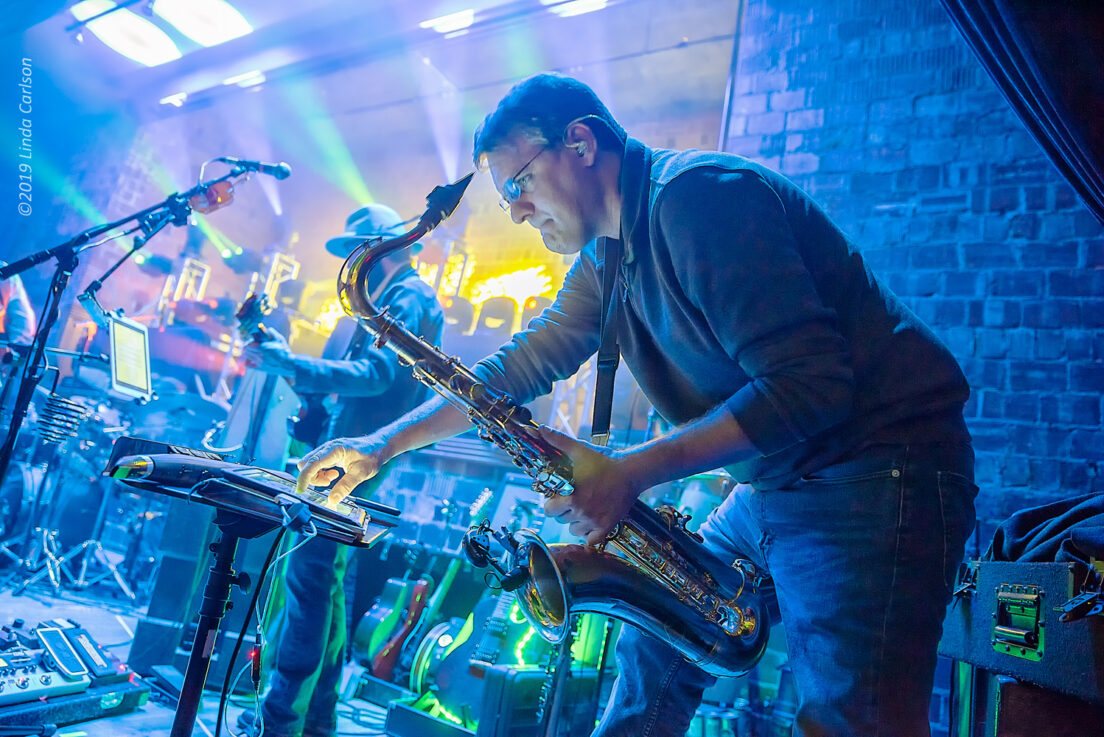 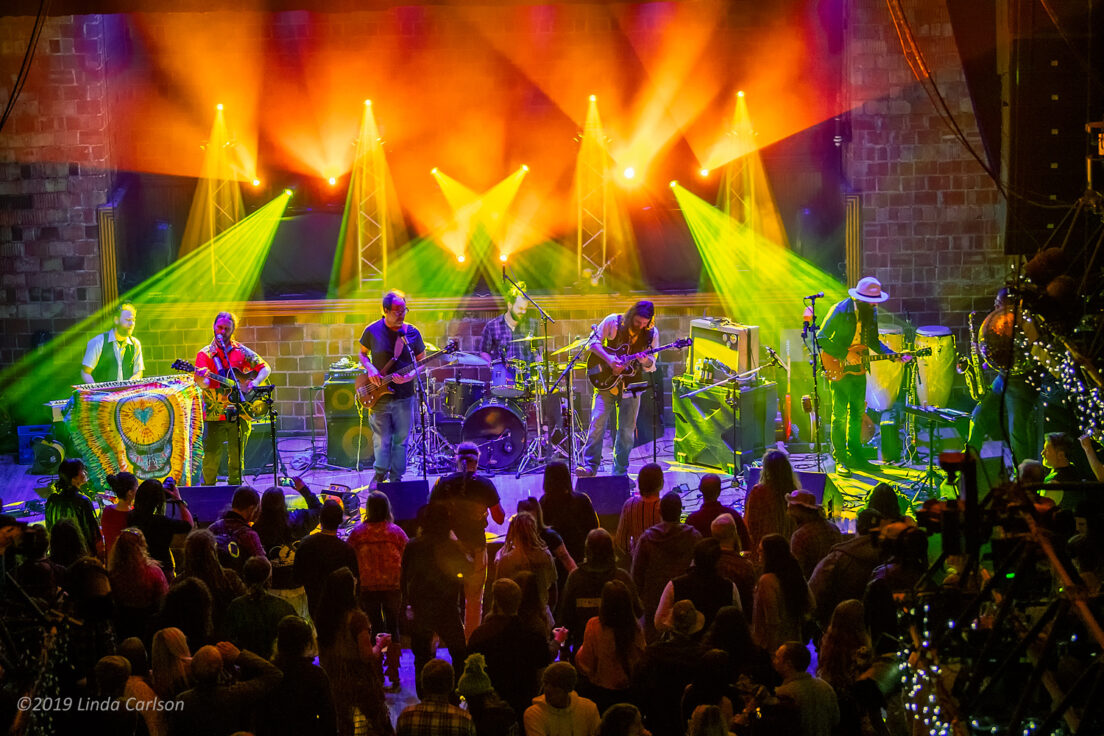 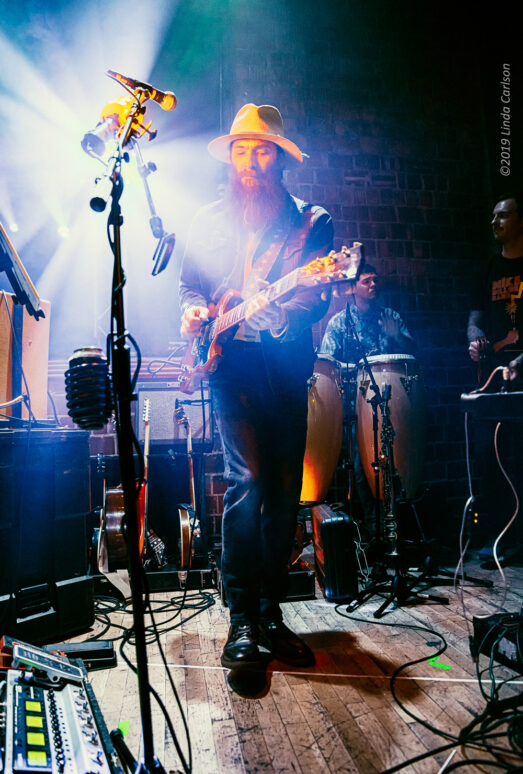 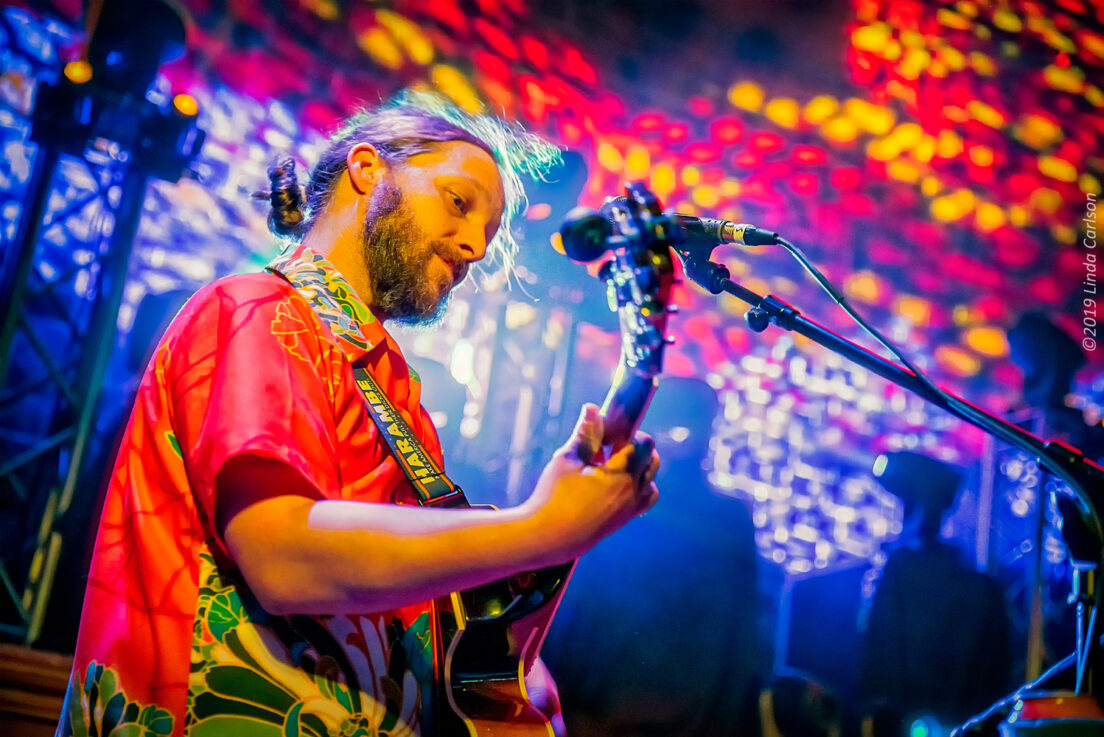 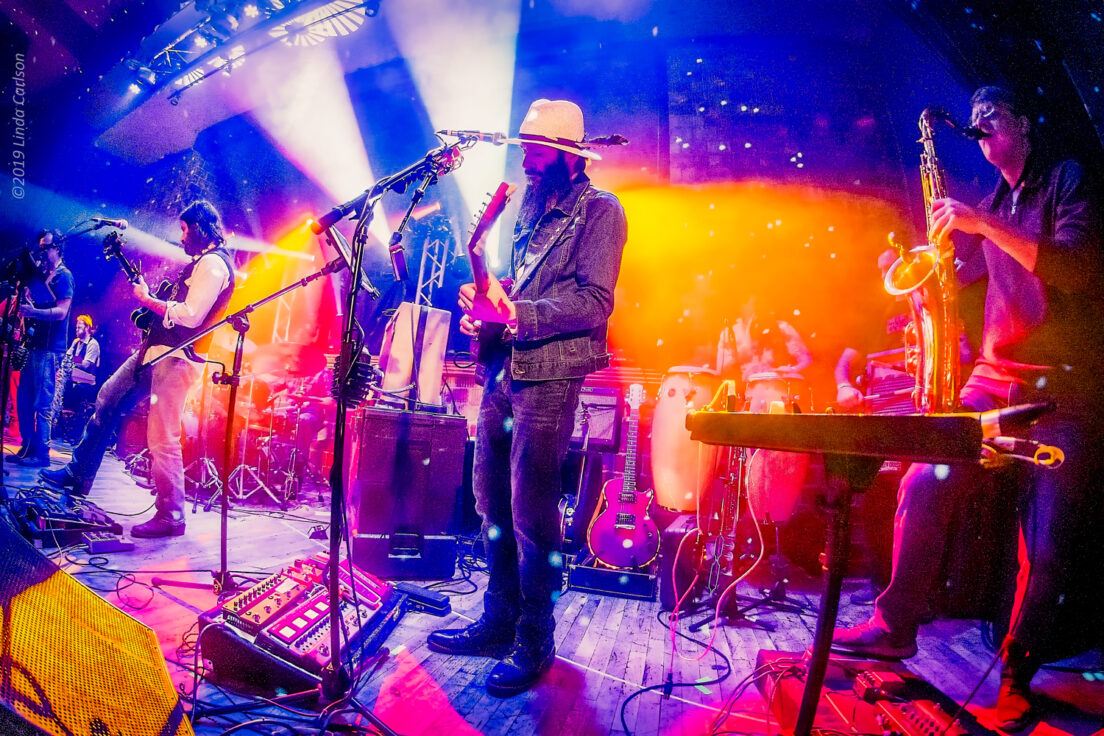 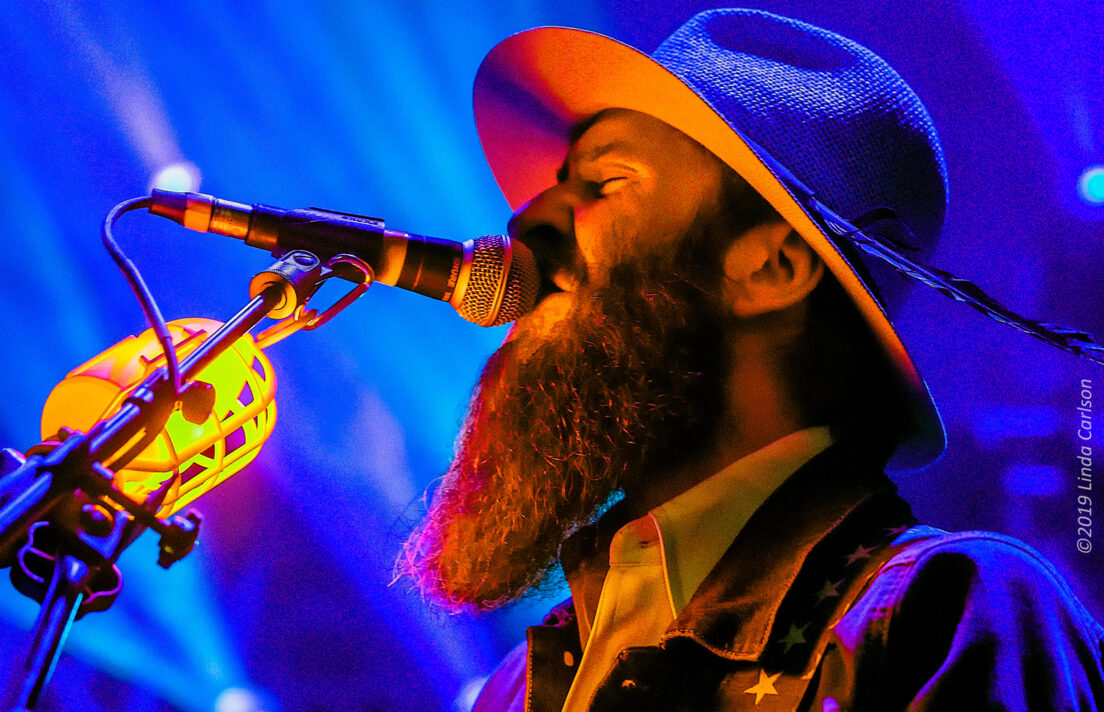 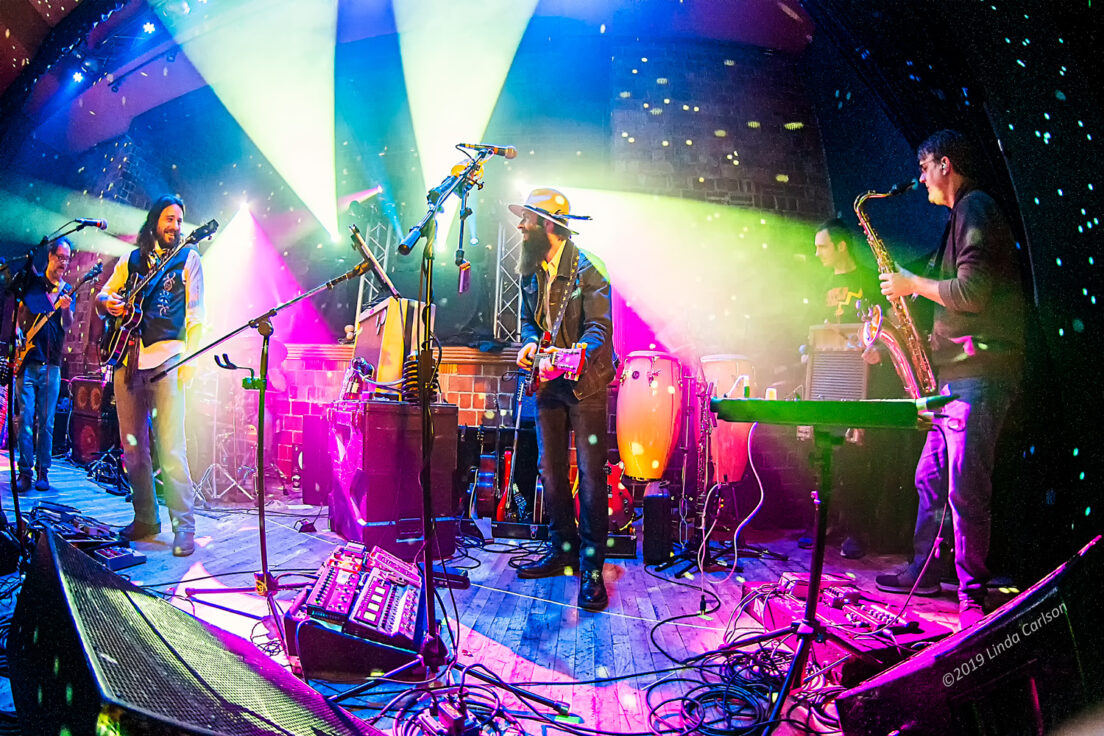 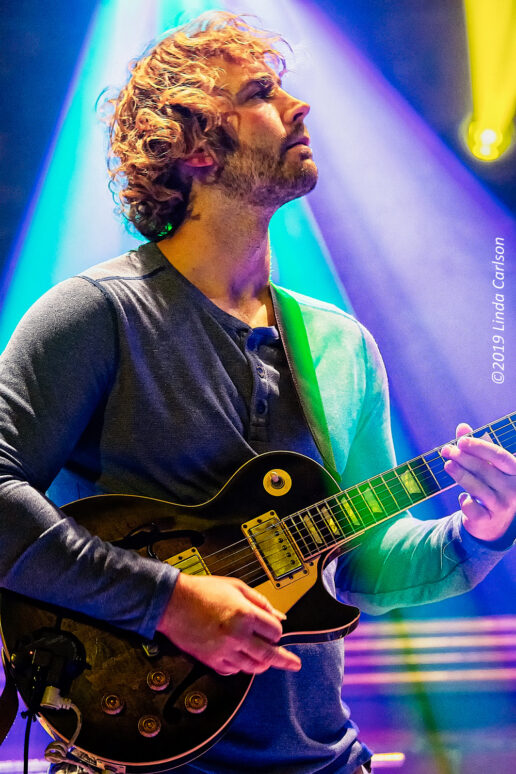 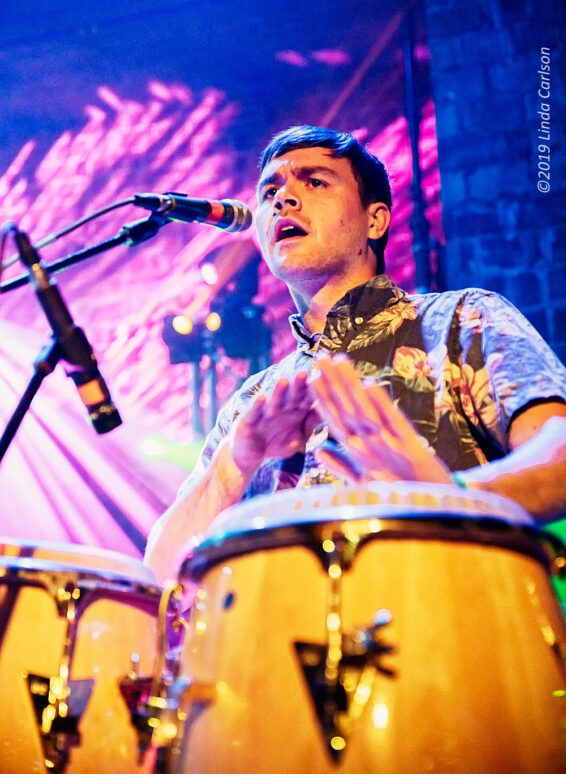 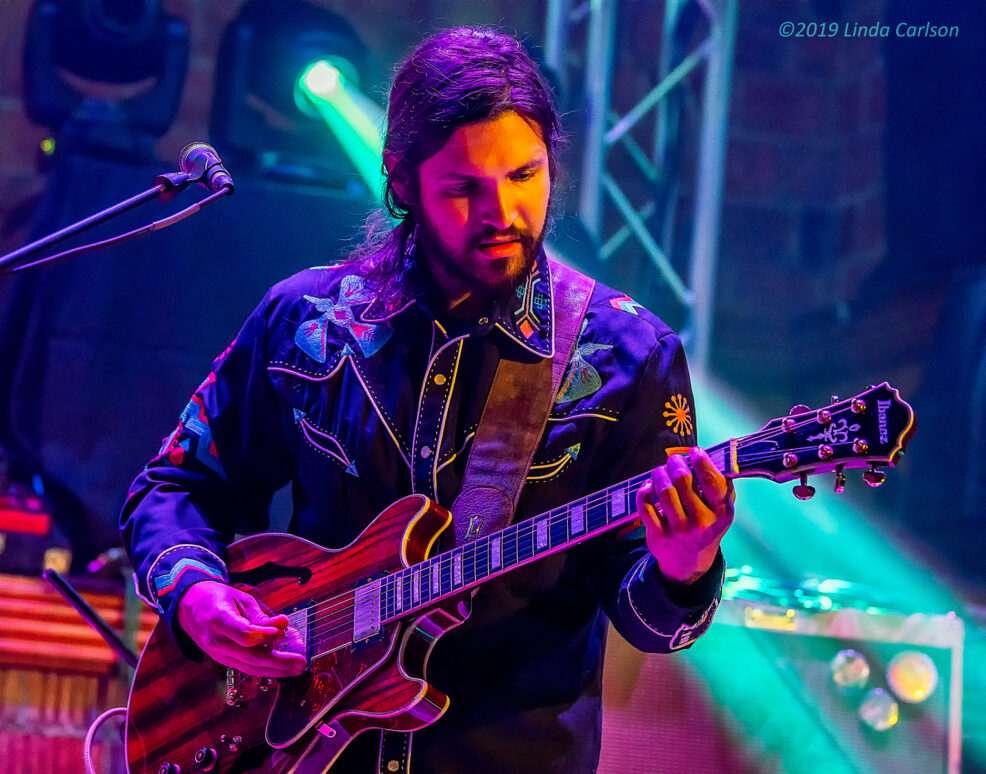 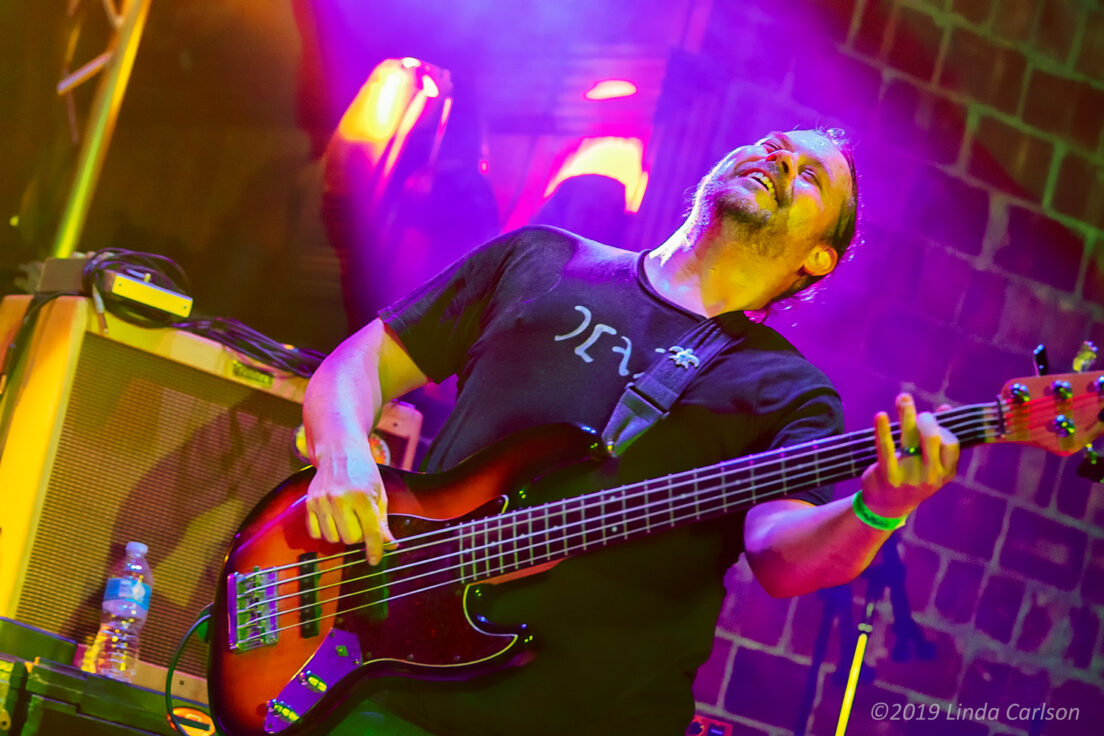 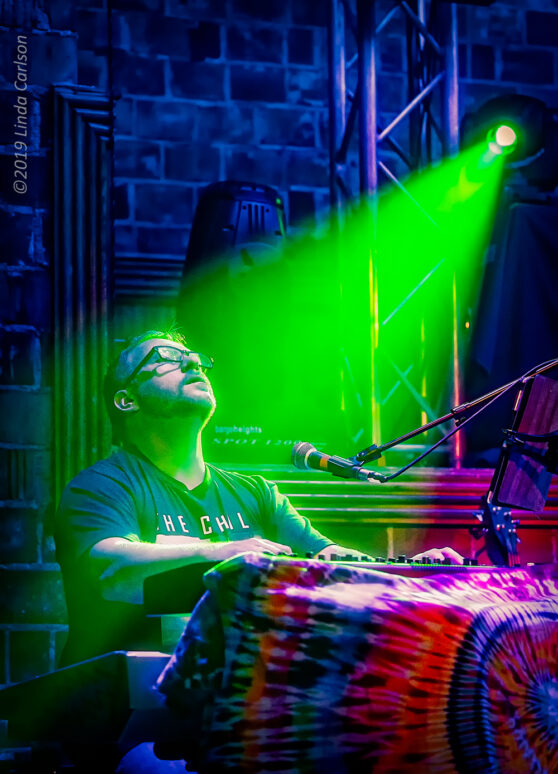 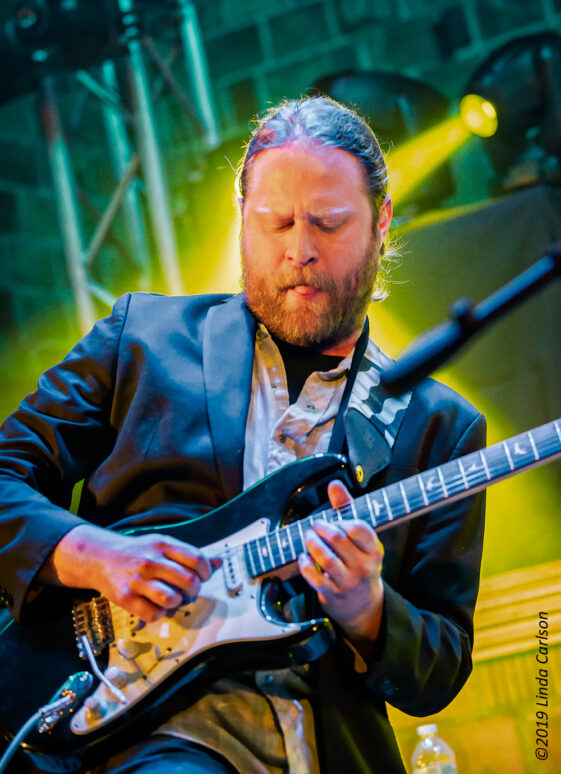 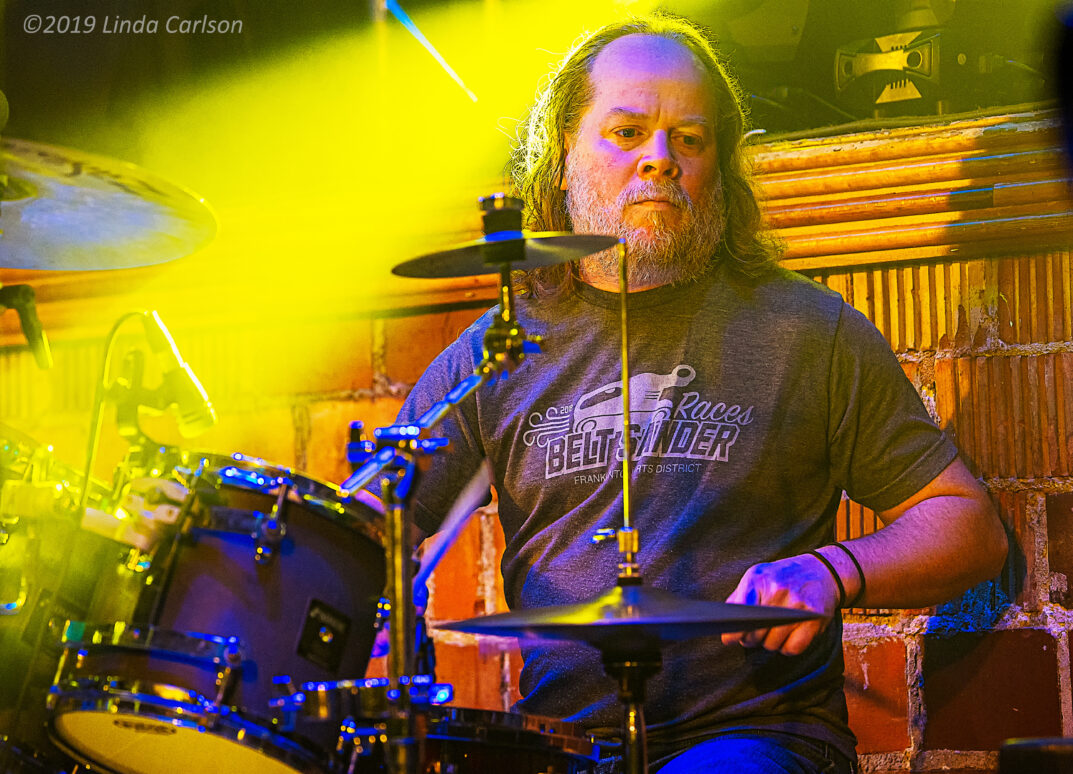