Pensacola, FL – Folk punk fans from all over the Panhandle came out to Vinyl Music Hall on Friday night to party with AJJ, Tacocat, and Emperor X. 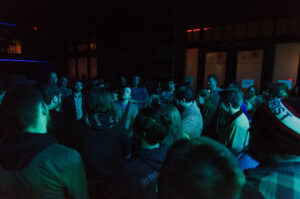 Emperor X, a solo act that consists of Chad R. Matheny, opened the show in a very unique way. Before the start of his set, I saw him looking around the stage talking to himself about how to get around the barricades surrounding the stage and if they were easily moveable. Curious, I decided to ask him what he was trying to do in which he replied, “You’ll see!” At the start of his set, he made his way off the stage with his guitar and into the middle of the crowd to serenade all his fans with his opening track. After a loud applause from the crowd, he made his way back to the stage. He started off strong and continued to impress the crowd with each track that followed. His stage presence was incredible which is no surprise seeing as Emperor X can be found touring regularly all over the place! He had the crowd sing along every time the track title came up while he played his newest release: “Sad React.” Yelling out “Sad React” with a room full of people was a lot of fun and by the end of the song, I would say the majority of the room was smiling and laughing. At the end of his set, he announced that all his merch was in Tallahassee so instead he would be leaving a laptop at the merch table for fans to leave their email address to receive a download to his newest track! 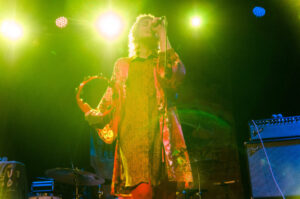 Following Emperor X was Seattle based band Tacocat. Tacocat describe themselves as sequin punk, platform pop, glitter core, confetti rock, and neon floral joy wave – I could not describe them better myself. Sporting crazy colored hair and dressed in things like polka dot pants and platform boots, they stood out in the best way possible! Lead vocalist, Emily Nokes, was seen dancing all over the stage from start to finish and fans definitely had lots of fun dancing along to their upbeat music as well. They played a great set and each member looked like they were having the time of their lives up on stage. 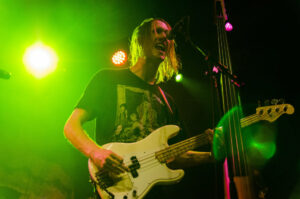 Phoenix-based folk punk band, AJJ, made their way to the stage as fans clapped and cheered. It was getting late, but the party was just getting started! They said this was their fourth time playing in Pensacola and third time playing at Vinyl and by the looks of it, everyone at the show was glad to have them back. The crowd sang along loud and clear to some of their most popular songs like “People II: The Reckoning” and “Brave As A Noun.” What impressed me the most was the number of instruments each member played; it seemed as though every song had a member playing a different instrument than the last. Nearing the end of their set, they stopped in between songs to tell the crowd to register to vote for the upcoming primaries if they haven’t done so already. Fans were able to text “ajj” to number 55888 to register to vote and get notifications related to the upcoming election. Shortly after, they told the crowd that if they were unable to vote for Bernie Sanders in the election that their next best choice would be the Mega Guillotine, a reference to the track “Mega Guillotine 2020” off their newest album Good Luck Everybody. The crowd erupted into cheers and they broke out into “Mega Guillotine 2020.” AJJ played such an incredible set – I caught myself smiling from the first song to the last!

There are still a few more dates left of the tour to catch all three bands together! After a month-long break, AJJ and Emperor X will be starting the second leg of their tour with Xiu Xiu on March 19. If this tour is making its way to you I would highly recommend checking it out. This was one of the most memorable shows I have been to in a while!

Follow the link below to check out upcoming tour dates: 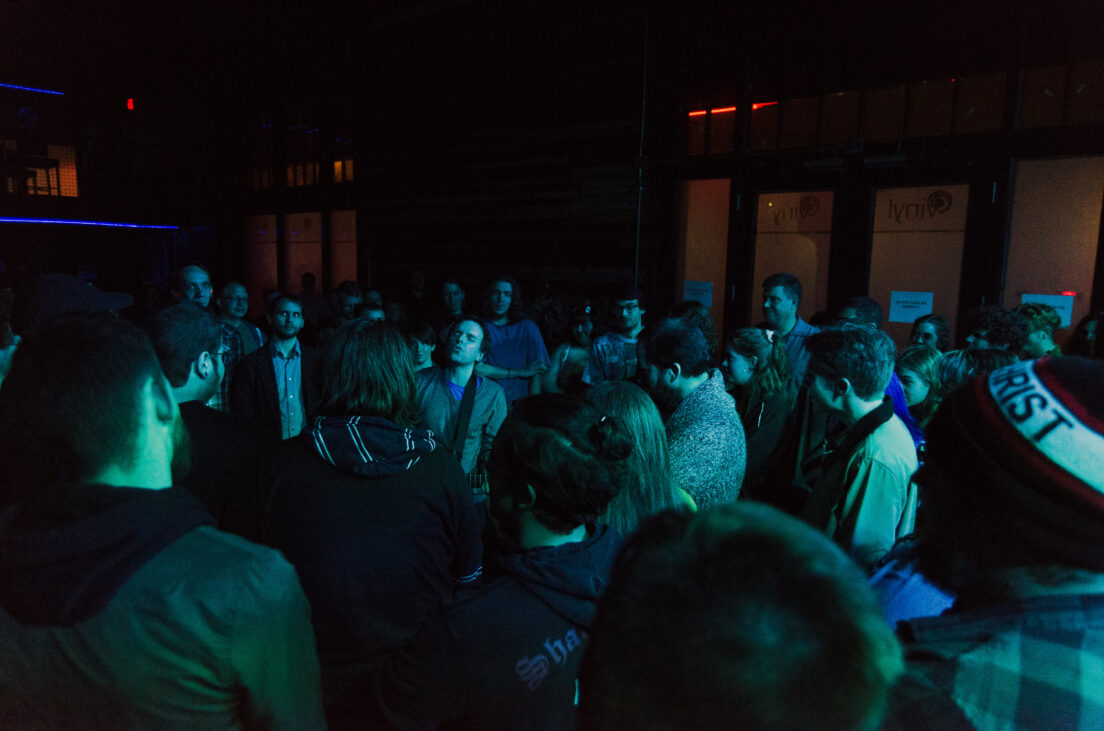 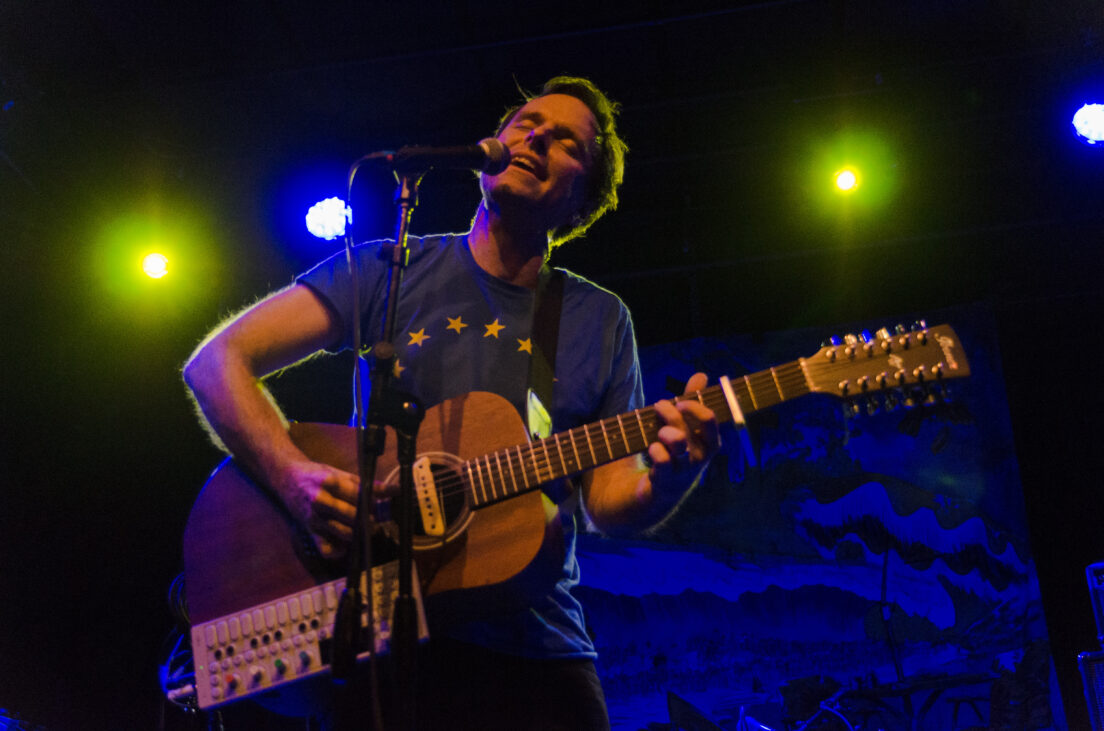 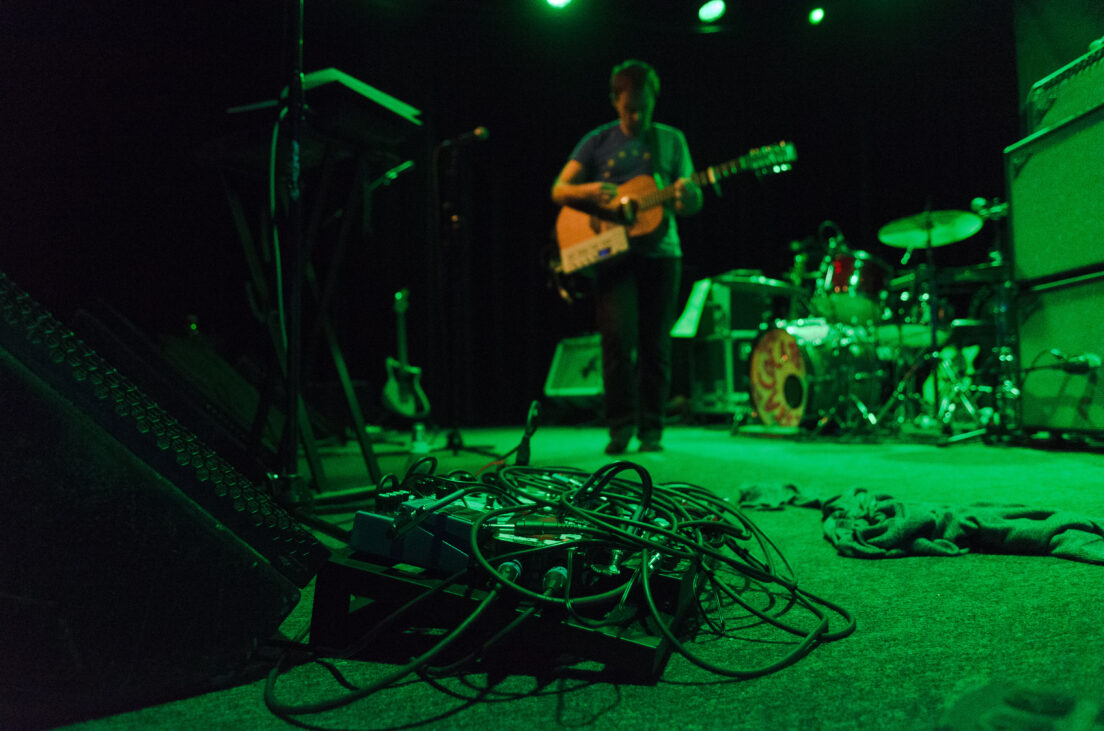 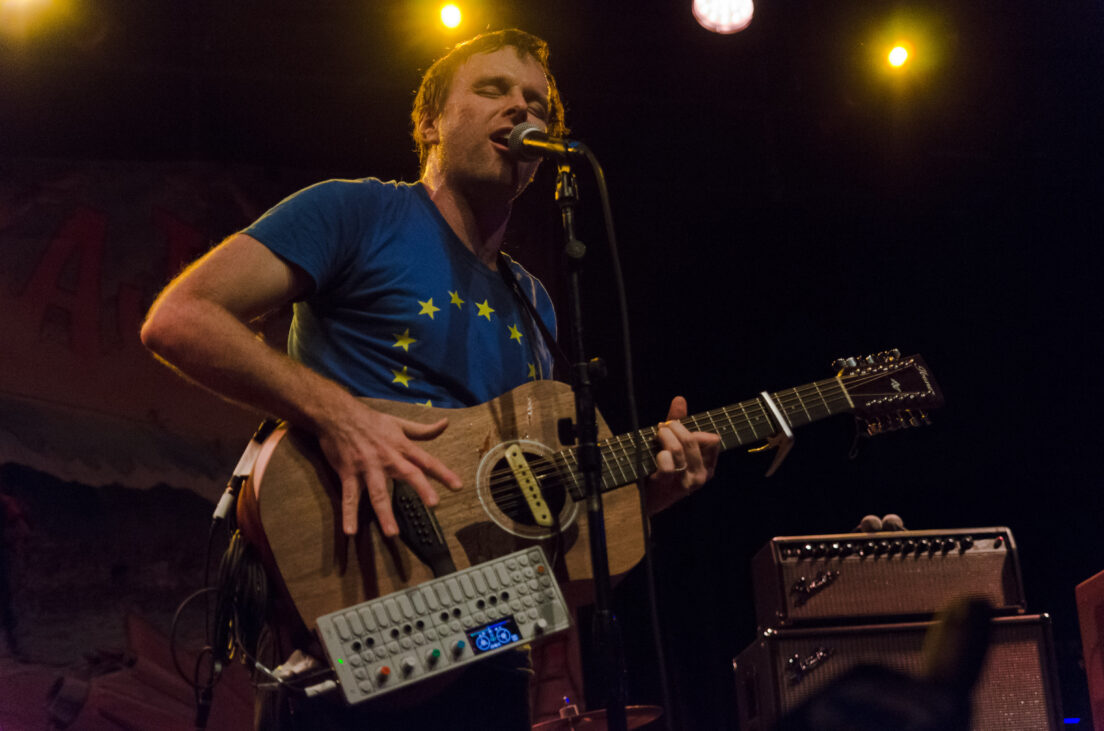 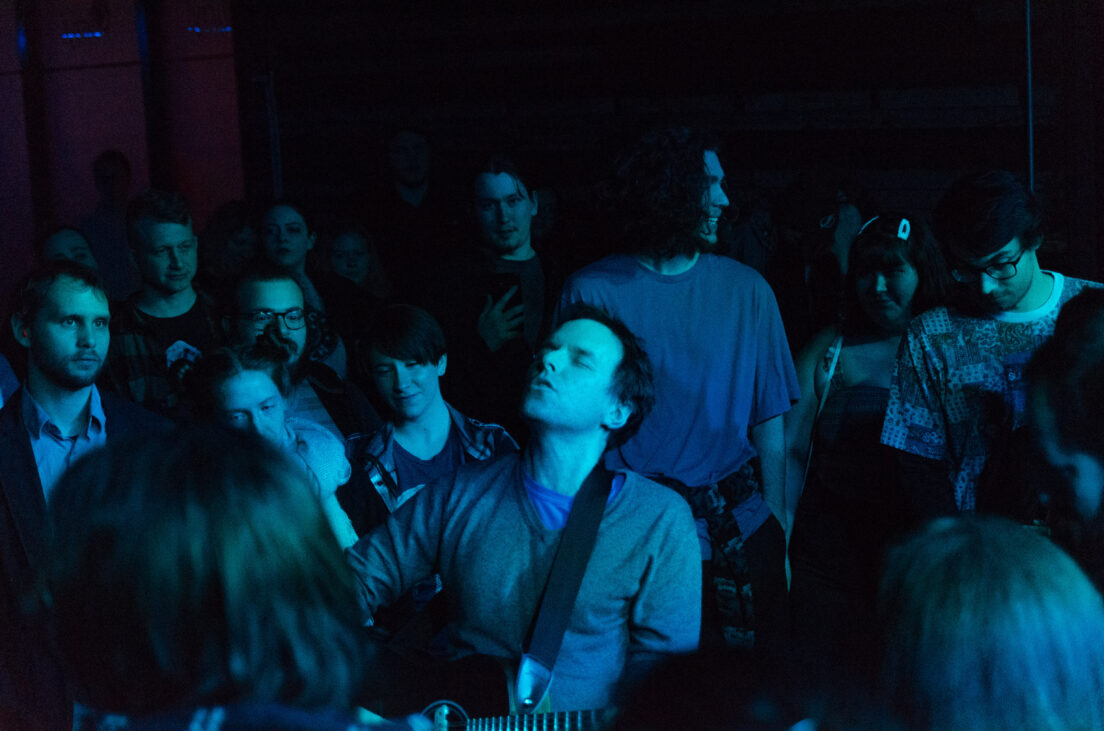 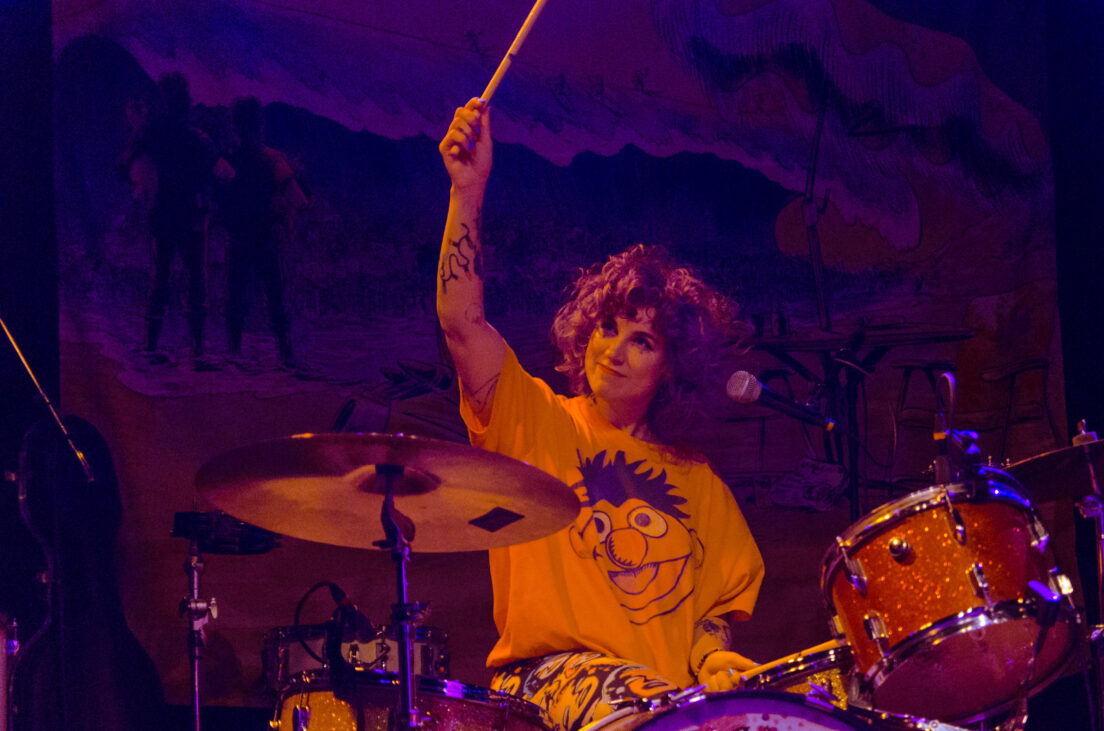 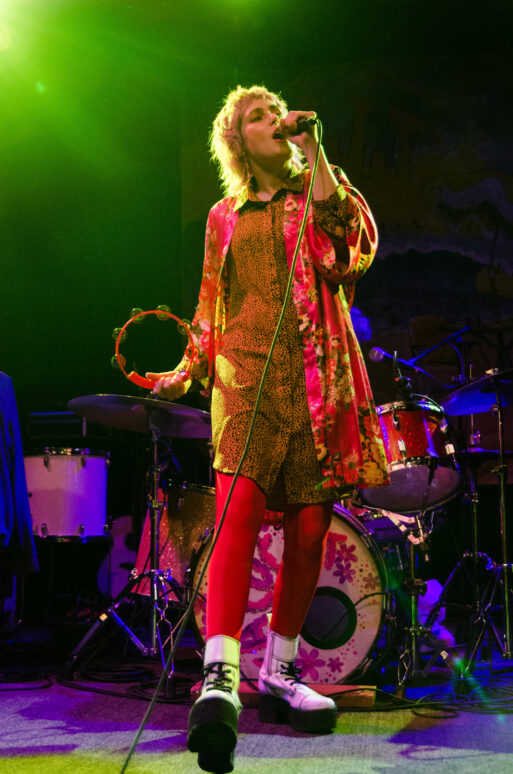 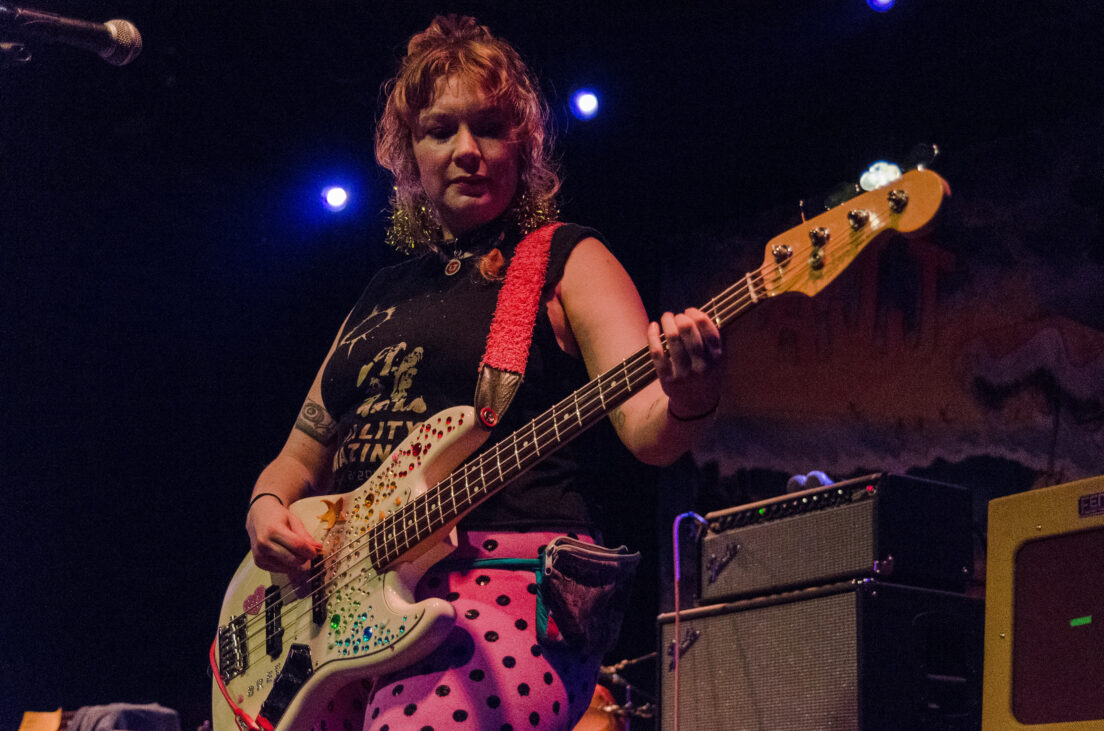 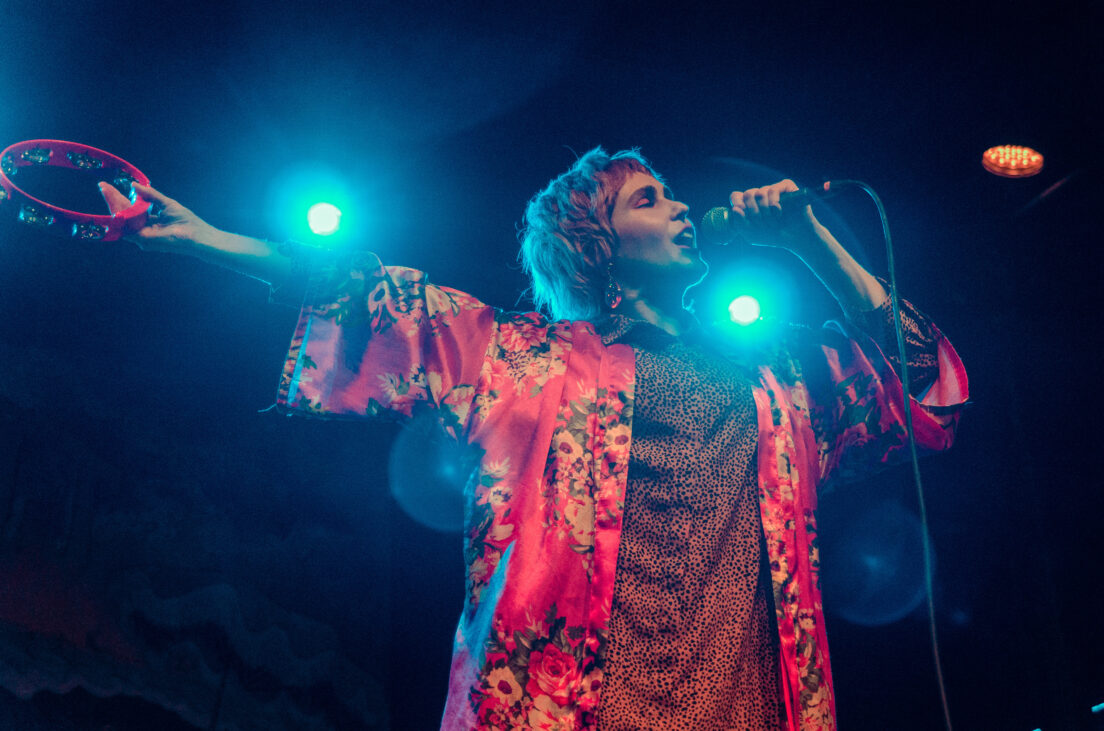 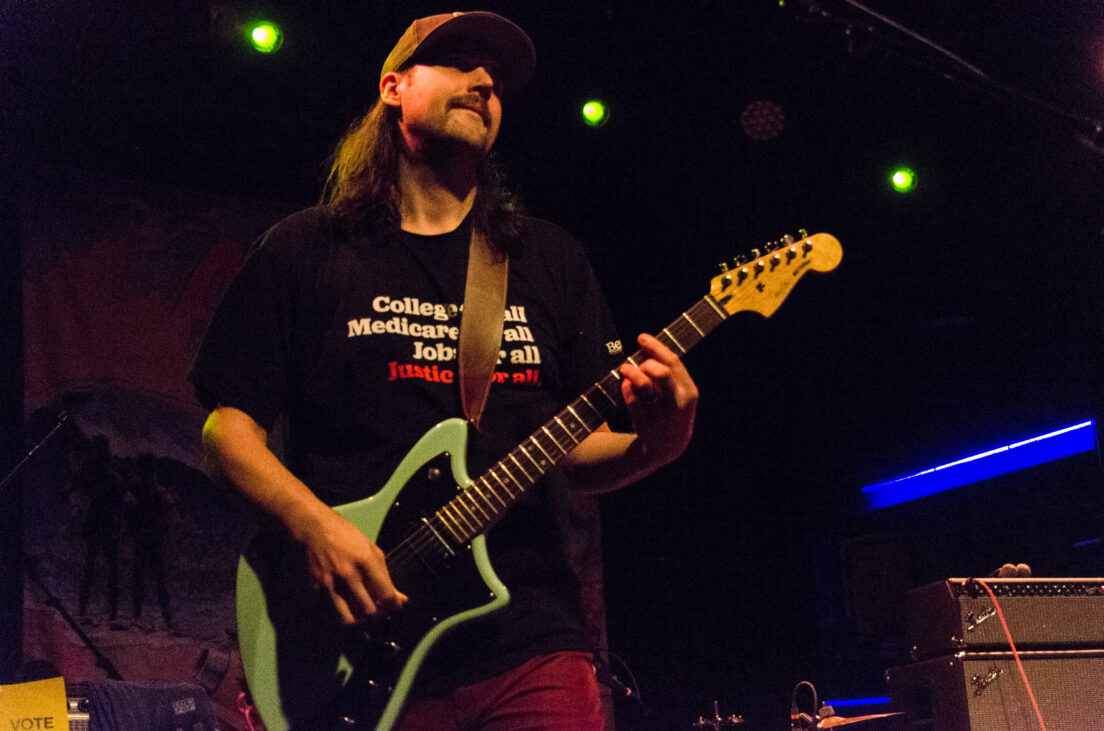 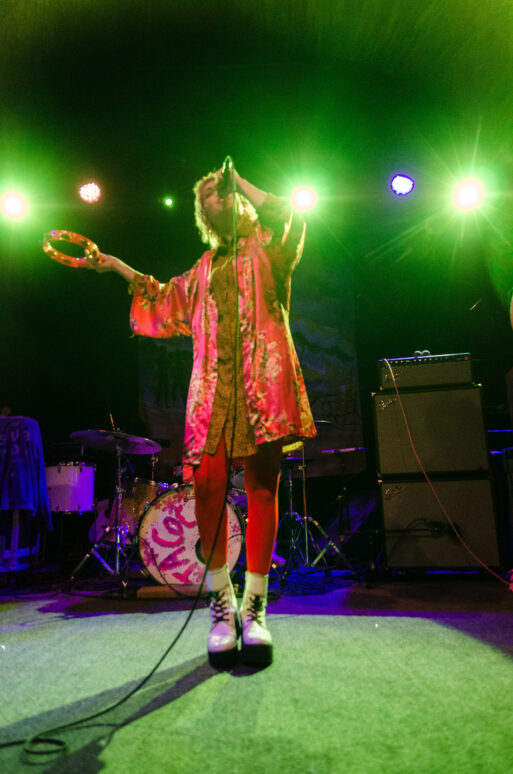 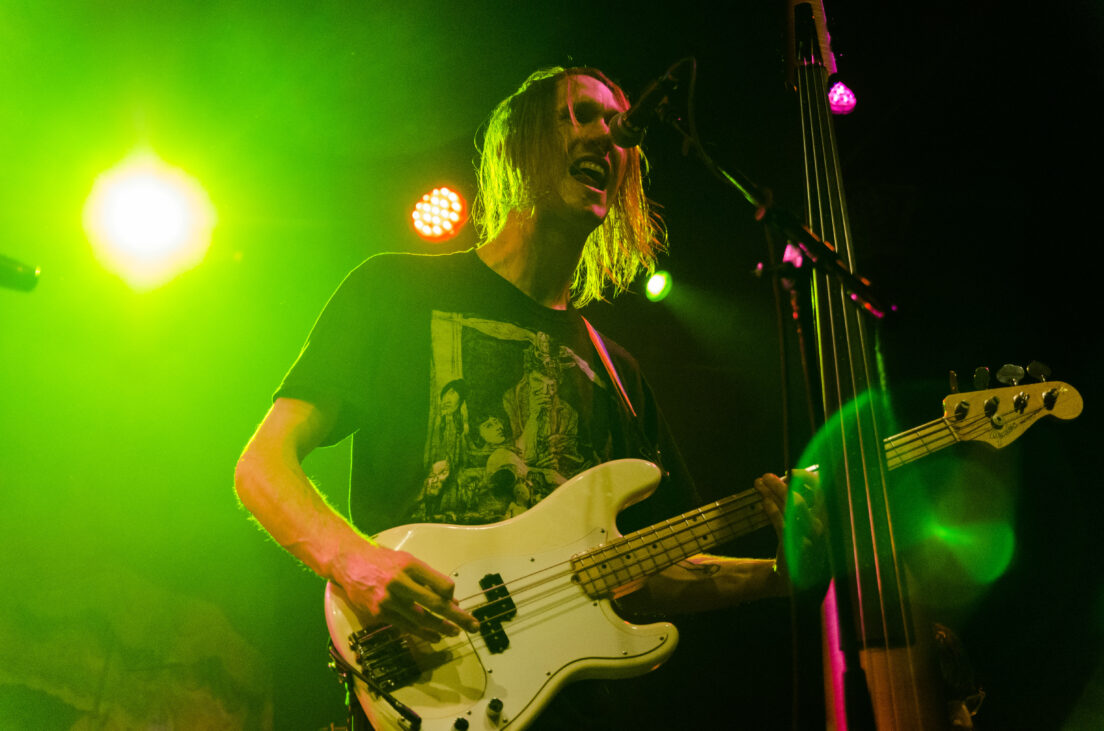 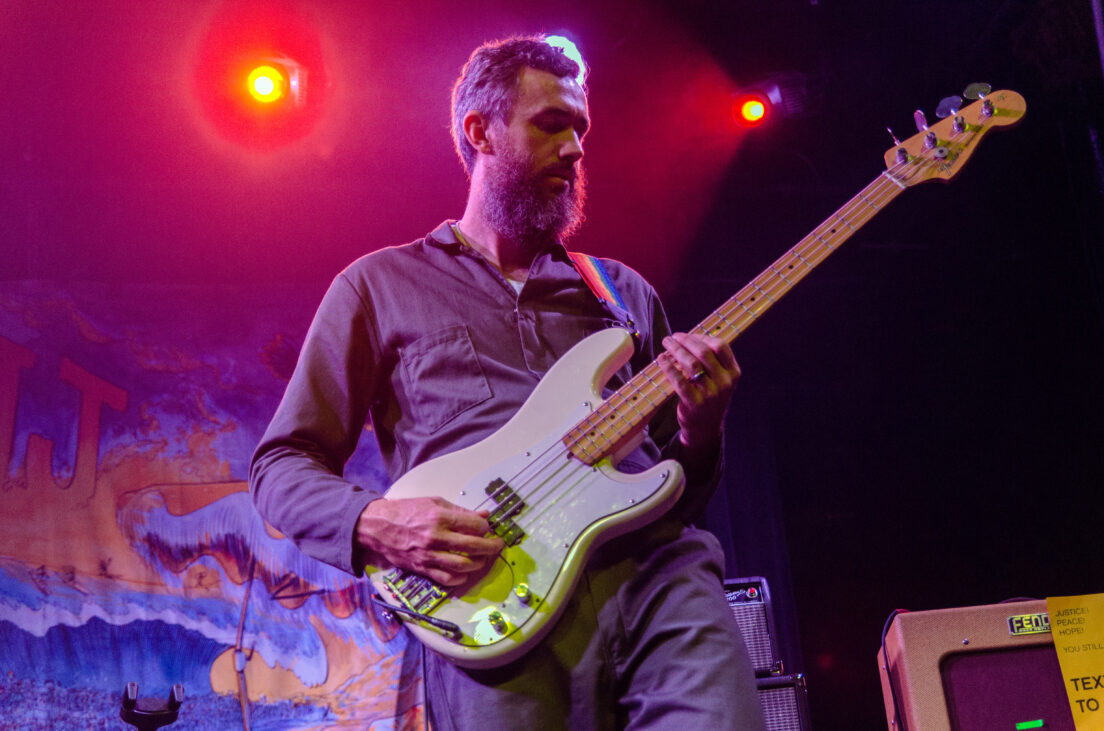 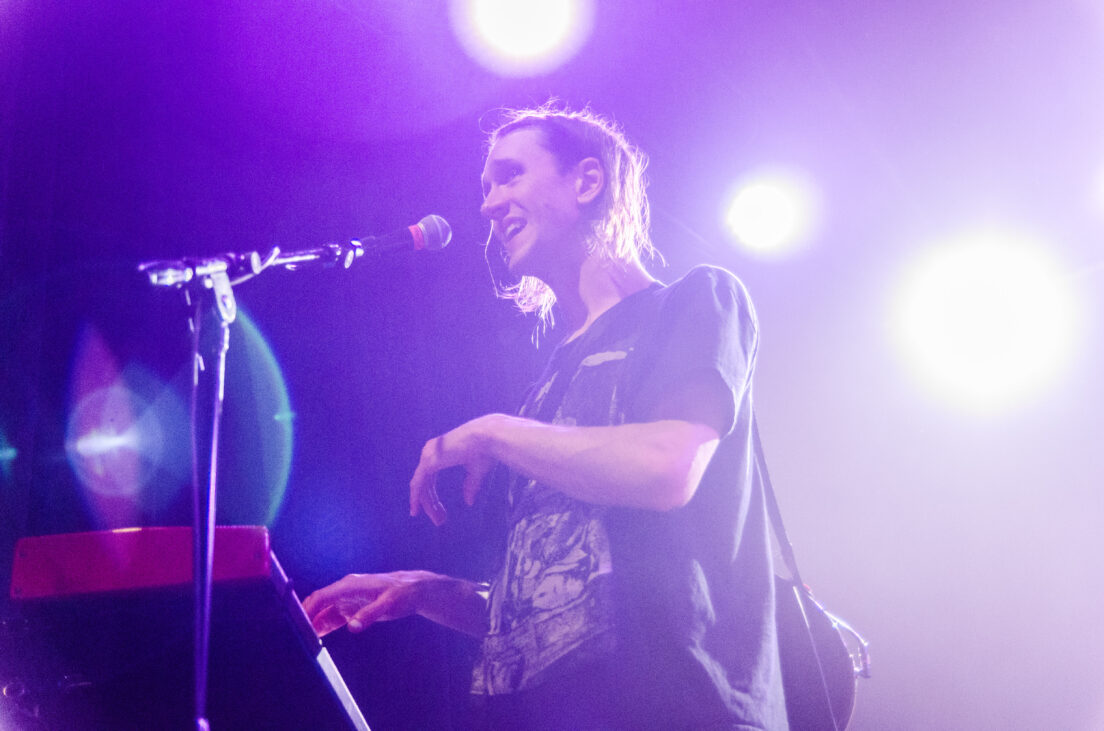 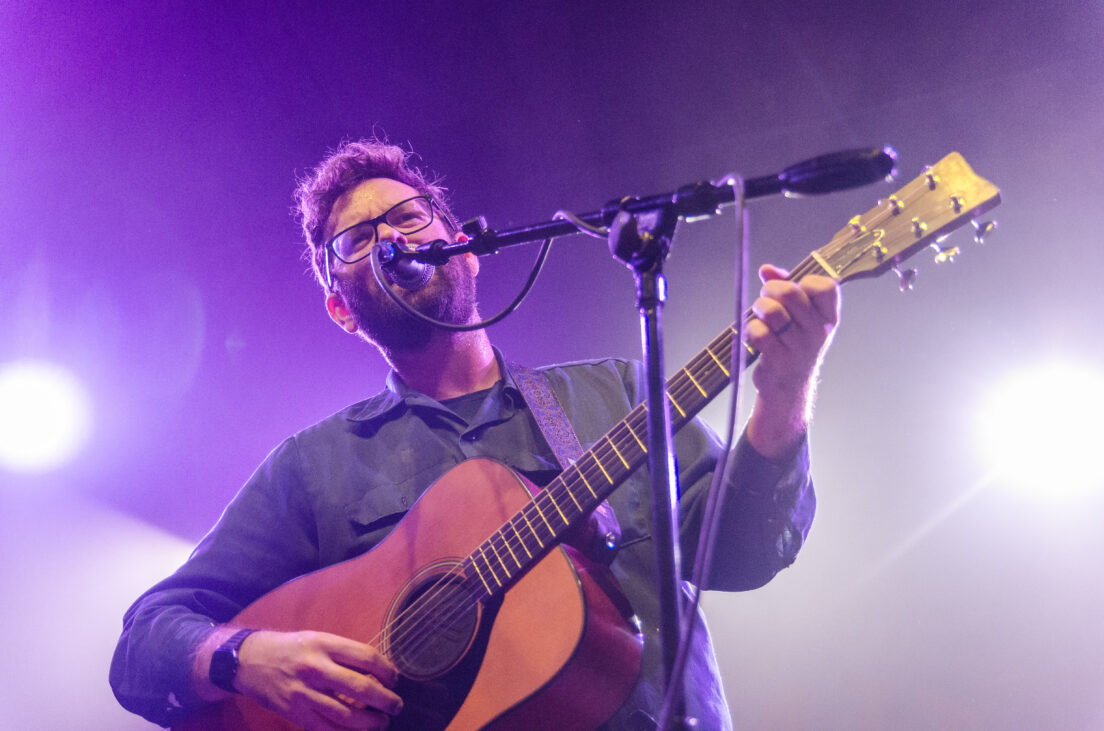 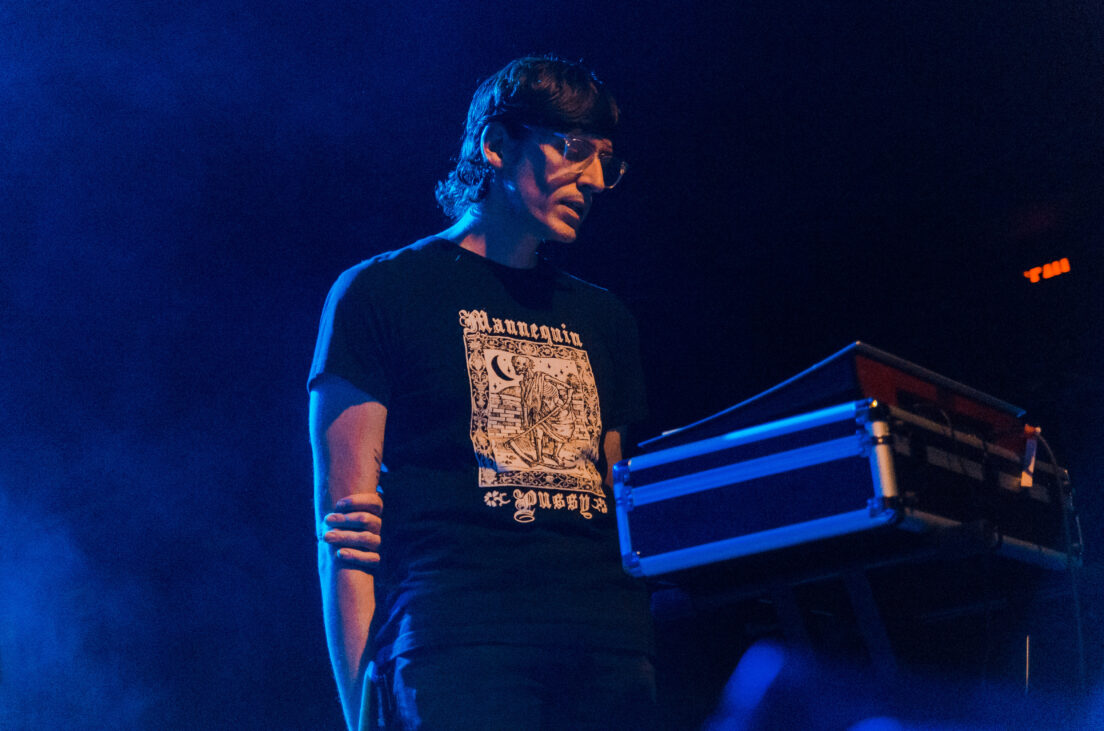 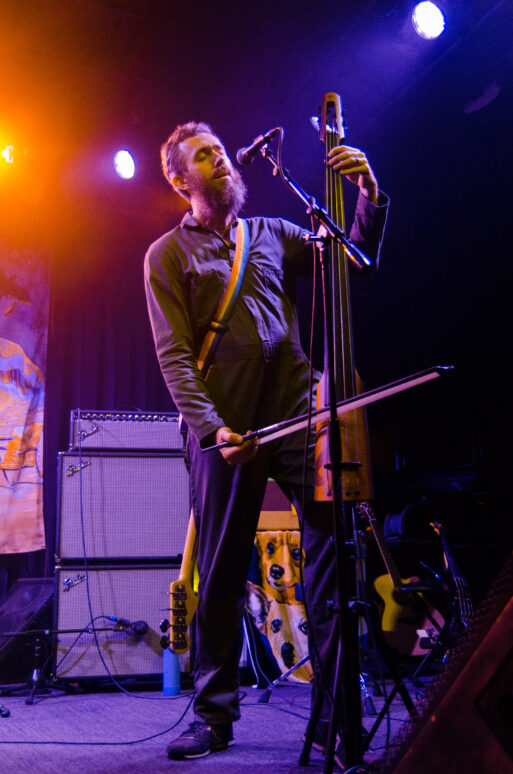 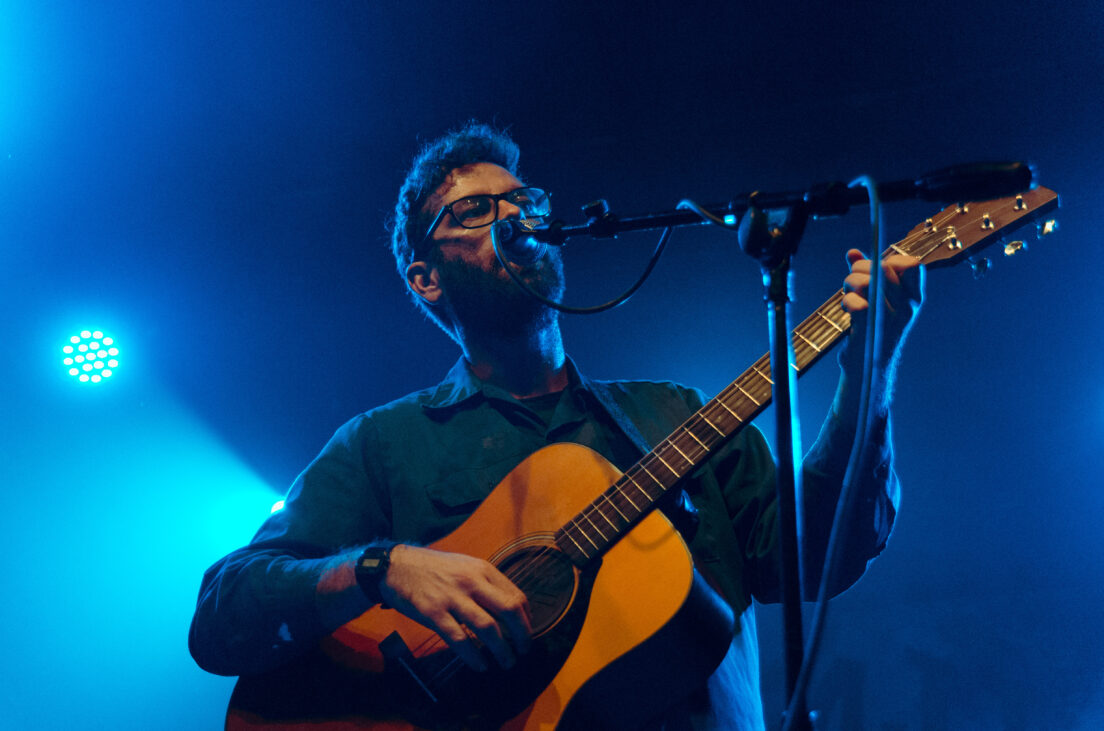