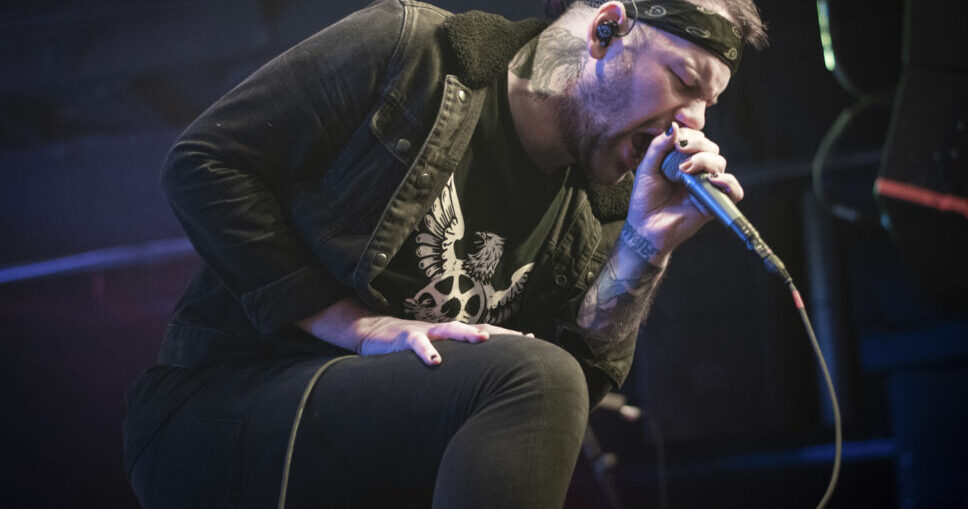 Articles and Photos By: Melanie Leonard

Charlotte, NC – After the searching of my camera equipment and getting wanded by security, my body started humming as soon as I walked through the door.  The intensity of the music coming through the speakers was just a tease for what the concert was actually going to bring.

I usually meander around the venues until showtime, meeting people and taking random candid shots, but I quickly realized I needed to go ahead and make my way to the pit because the place was filling up FAST.  Come to find out, it was a sold-out show and security had their jobs cut out for them! 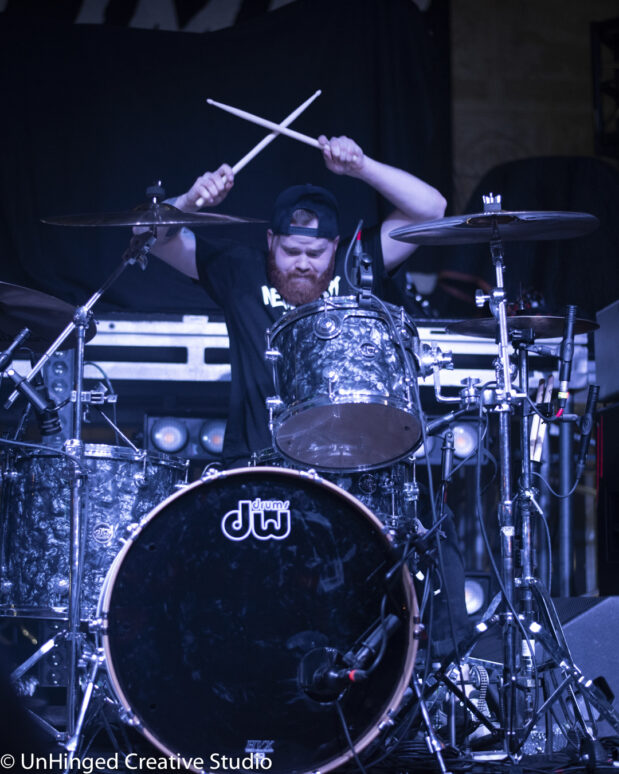 First out was the energetic, post-hardcore group, LIMBS.  These guys have really taken off in such a short amount of time and have been a supporting act to multiple tours across the country.  But WHO IS LIMBS? (their website handle).  The Florida-native band consists of Jordan Hunter, Tyler Martin and Austin McAuley with their music weaving dark and brooding stories that listeners can relate to.  Watching the passion these guys have for their music, their sound, their lyrics made me find them on YouTube to explore their videos.  Go ahead and follow these guys… they will be snagging their own tour soon. 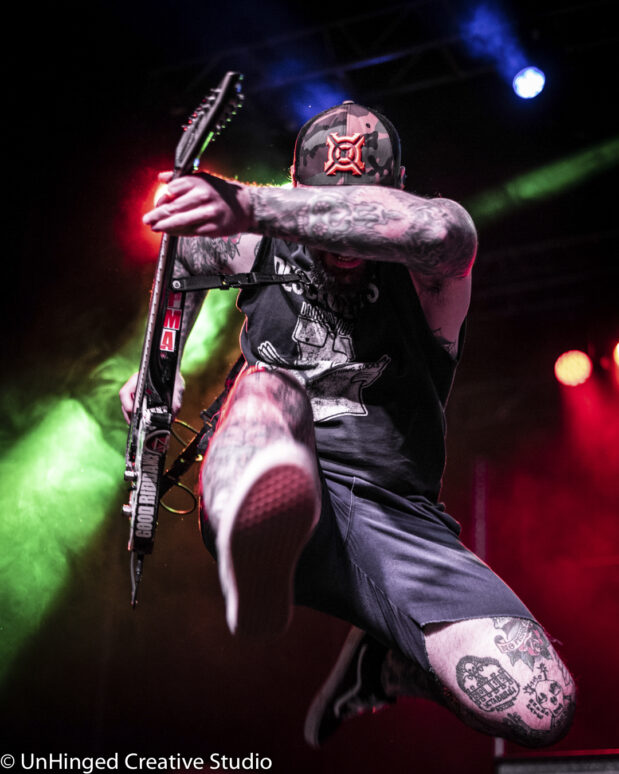 Next came Stick To Your Guns.  Their energy ignited the crowd with excitement and many became instant fans!  This hardcore punk band originated from California and consists of Jesse Barnett, Andrew Rose, George Schmitz, Chris Rawson and Josh James.  These guys are signed with Pure Noise Records and have made their way around the country with their powerful lyrics and insane music.  Don’t just take the surface value off though.  Listen to their messages behind their lyrics and you’ll find they have a lot more to say in their music than you might think with a plethora of subjects ranging from self-reflection to social and even political statements. 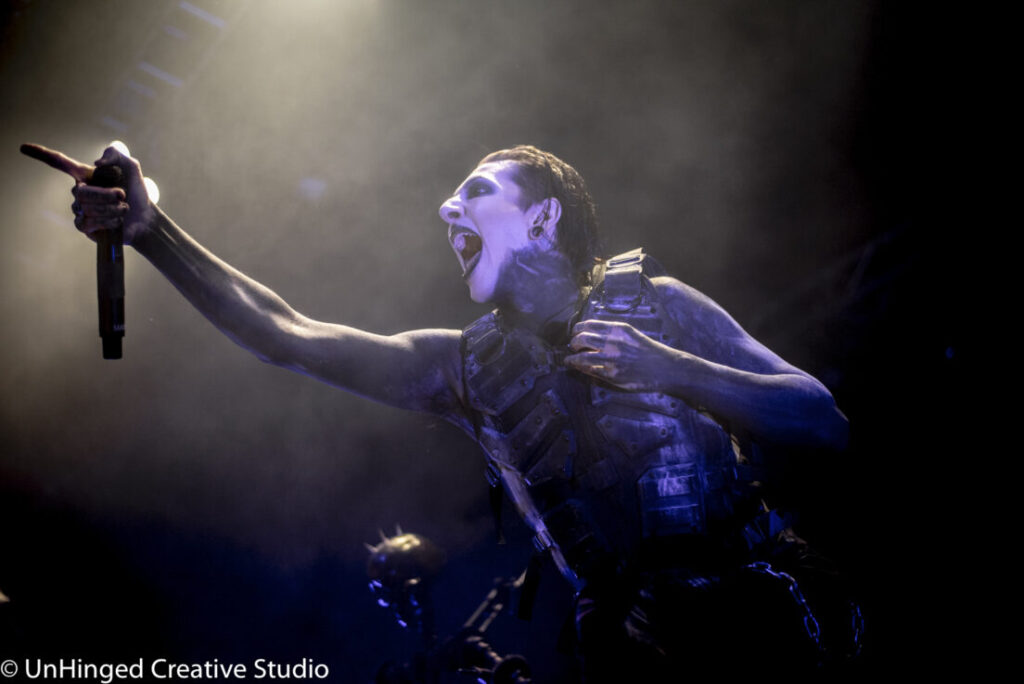 Motionless In White.  I don’t even know where to begin with this band. Amazing!  I have followed these guys for a bit because I’m drawn to their unique energy in the heavy metal world.  These Pennsylvania-natives don’t just perform music, they entertain the crowd with magnificent theatrics and intense faces similar to the likes of KISS and Marilyn Manson.  Motionless In White (MIW) has had the fun of touring along bands such as Slipknot, Bullet for My Valentine, Alice Cooper and Halestorm. Working their way across the globe, I was so excited to get a chance to personally experience their electric energy and intense performance as they came around with “The Diseased and Disguised Tour”. 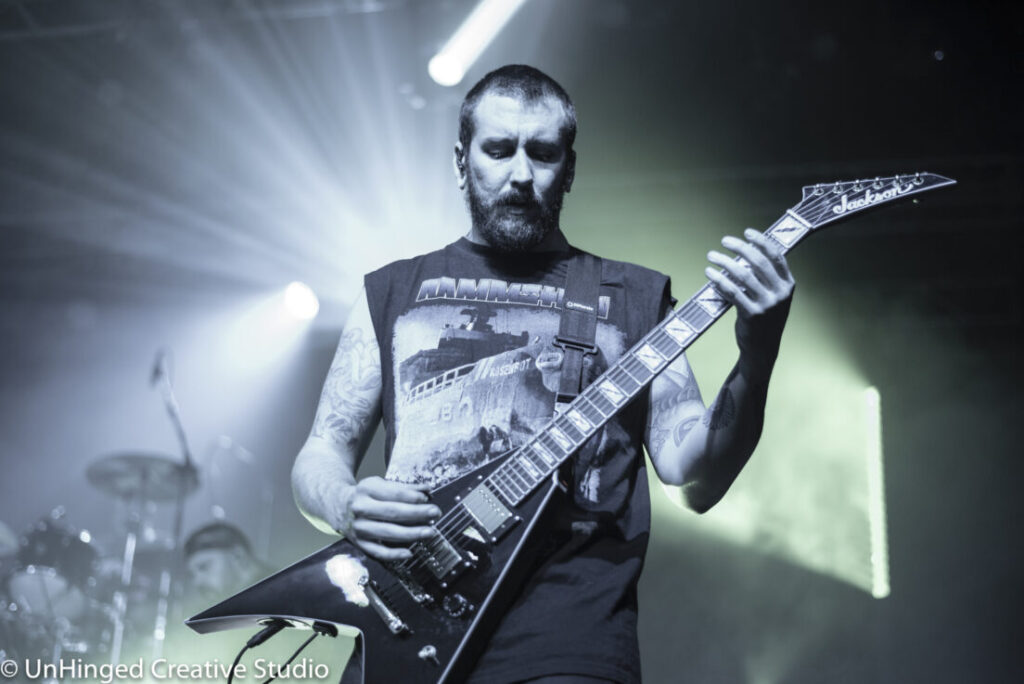 Beartooth wrapped up the evening with their metalcore sound.  The group has been signed with Red Bull Records since 2013 and they have a few awards under their belts, including Metal Hammer Golden Gods Awards – Best Breakthrough Band and Loudwire Music Awards – Breakthrough Band of the Year. Their sound mixes in some other metal influences including some alternative metal and is saturated with catchy lyrics and massive choruses. In fact, Shomo (Caleb Shomo, lead vocals) was named one of Alternative Press’ “15 best screamers in modern metalcore”.  The real treat of the evening was when Shomo came out to perform with Motionless In White, causing the crowd to go into a frenzy, with multitudes of fans being escorted off.

The Diseased and Disguised Tour is a combining of Beartooth’s latest album Disease and Motionless In White’s most recent album release titled Disguise. It’s rare to experience so much insane talent in one show.  I’ll never forget my night out at The Fillmore with countless crowd surfers and near-concussion from an unidentified pelted object.  I’ve already devoted an entire playlist to these four groups alone.