CHARLOTTE, NC — The audience at Neighborhood Theatre in the artsy NoDa area of Charlotte, NC got to be part of one of the wildest and most unique concert experiences they may ever see on Saturday night. Big Something and Andy Frasco & the U.N., both well-known in the jam band scene, brought their Royal Rumble 2020 tour to the Queen City, playing to a packed house. 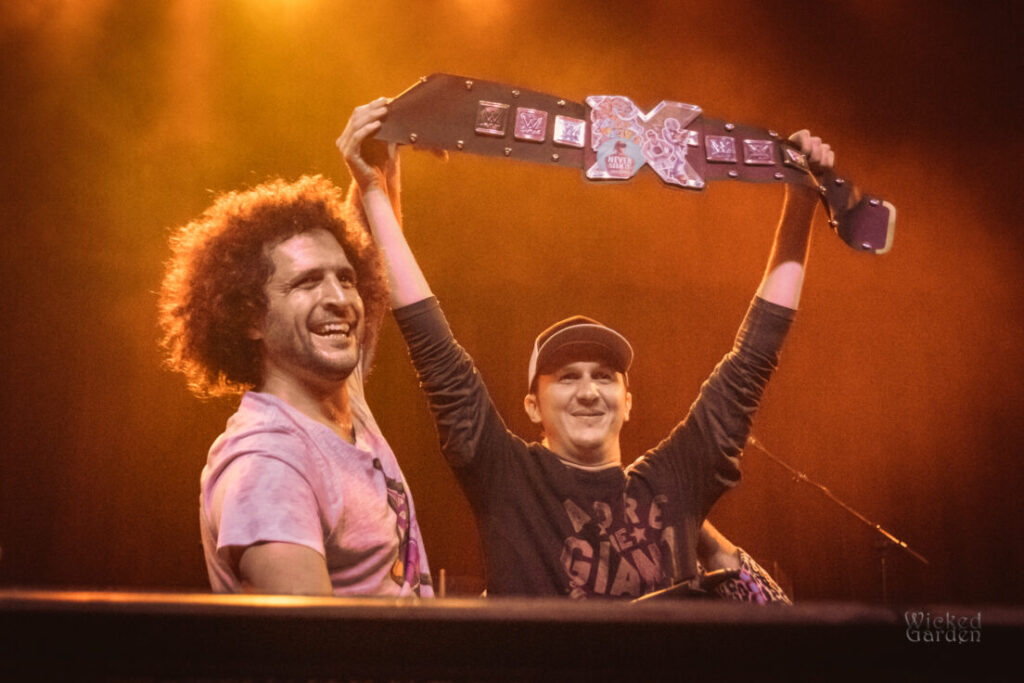 What made the show so different is the wrestling match theme, pitting each band against each other, in hopes of walking away with the coveted belt at the end of the night. The show started with a stand-up comedy set by Kyle Ayers, who took on the role of announcer for the rest of the evening. For each band’s set, Ayers wore a referee shirt and introduced the individual members with comedic sports announcer.

Andy Frasco & the U.N. played first, with unmatched raucous energy, that would seem chaotic, if not for the fact that the playing was spot-on. One minute, Frasco was sitting at his piano front and center, singing and playing, the next minute, he was jumping on top of the piano, spraying beer over the audience, and crowd surfing. His bandmates were just as charismatic, as they ran through fan favorites like “Struggle,” and “Change of Pace,” jumping and running around the stage. 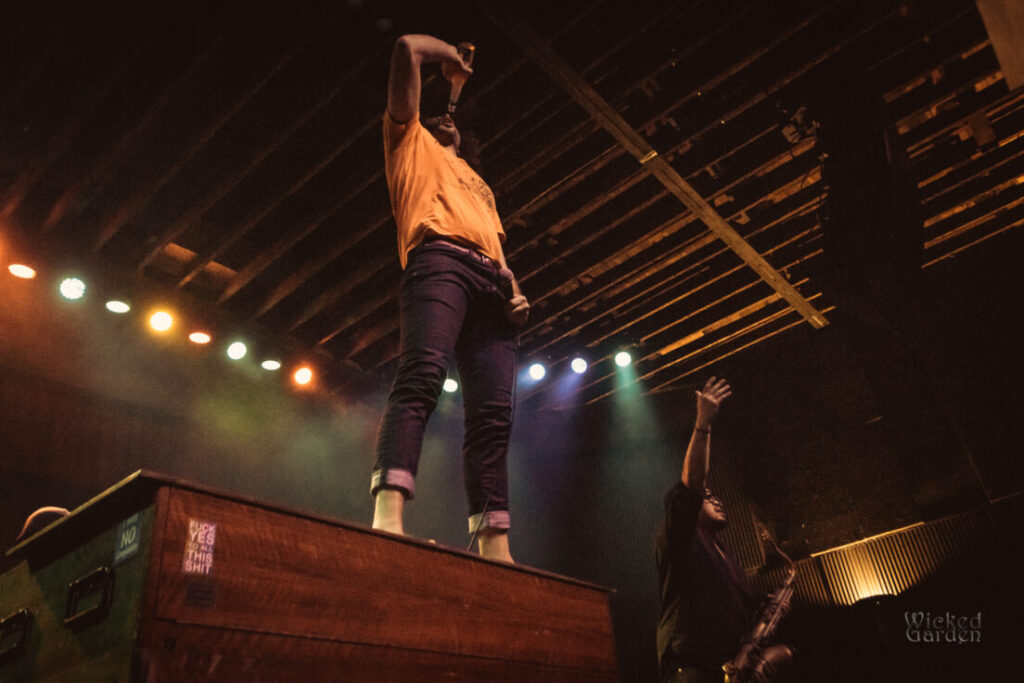 Throughout Frasco’s set, Ayers would announce various members of Big Something to the stage, who would show up wearing wrestler masks and show down with their instrument counterparts. As his set time wound down, Big Something vocalist Nick MacDaniels came to the stage. Two chairs were brought into the audience, who formed a large circle, for a bar mitzvah style chair dance, with the band playing “Havah Nagilah.”

Following a short break, Ayers announced The members of Big Something to the stage. As they took their places, the crowd went wild for their opening song “Blue Dream.“ The band and their fans considered this to be a hometown show, as they are based two hours east in Burlington, NC, which may have added to the feeling of connection they had from the first notes.

Big Something continued the lively vibe of the event, this time with members of Andy Frasco & the U.N. coming to the stage throughout the set. Back-to-back covers of Funkadelic’s “Maggot Brain” and The Beatles’ “Helter Skelter” brought the energy up an extra notch on stage and in the crowd. During the show, members of the bands ran a crowd-surfing relay race to the back of the venue and back, they played on wrestling clichés by bringing a ladder on stage and smashing an acoustic guitar, and both bands closed the show together with a cover of the classic “Shout.”

The Royal Rumble 2020 tour continues through February, with each show being unique and unpredictable, this is one to catch before it’s too late. Check either band’s social media for tour dates.