Louisville, KY– Machine Head put it all out there. This night’s show marked four months into the band’s Burn My Eyes 25th Anniversary tour, celebrating the release of their debut album, 1994’s, Burn My Eyes, an album roundly hailed as one landmark in metal history. To mark the occasion, the second set of Machine Head’s 27 song marathon show resurrected the entire album, track for track. Tonight they proved again to be one ferocious live band with few equals, covering the ground that crosses speed, intensity, thunder and every metal sub-genre.

As an additional thrill, Chris Kontos and Logan Mader, on drums and guitar respectively, have rejoined founder Rob Flynn for this memorial tour. The three made up 3/4’s of the core group that created, Burn My Eyes, so the previous months had been a sort of homecoming. “This is healing for us,“ said an older and wiser Flynn. Several times throughout the show he genuinely connected with the audience with lengthy, sincere monologues about some current divisive issues in the country and about how “music brings us together.” “There is no connection between what I just said and this next song,” he remarked just before introducing “Darkness Within.”

Local flash flooding and heavy rains might have kept a few away, but didn’t deter long-time, loyal fans, or, “repeat offenders.” As Flynn raged, “Beers up!” the mostly male audience obliged, feverous, madly swirling, and filling the space in front of the stage barriers. The shear power and 110% commitment that Machine Head brings to the show every night (not to mention the smoke machines and the digitally powered stage lights) finds them better suited to an arena size performance or a tour with someone, say, like a Metallica. Also, it’s easy to see that these guys are fully engaged and having fun.

Tour information, candid, behind the scenes videos, and tour blogs are at, https://www.machinehead1.com/. 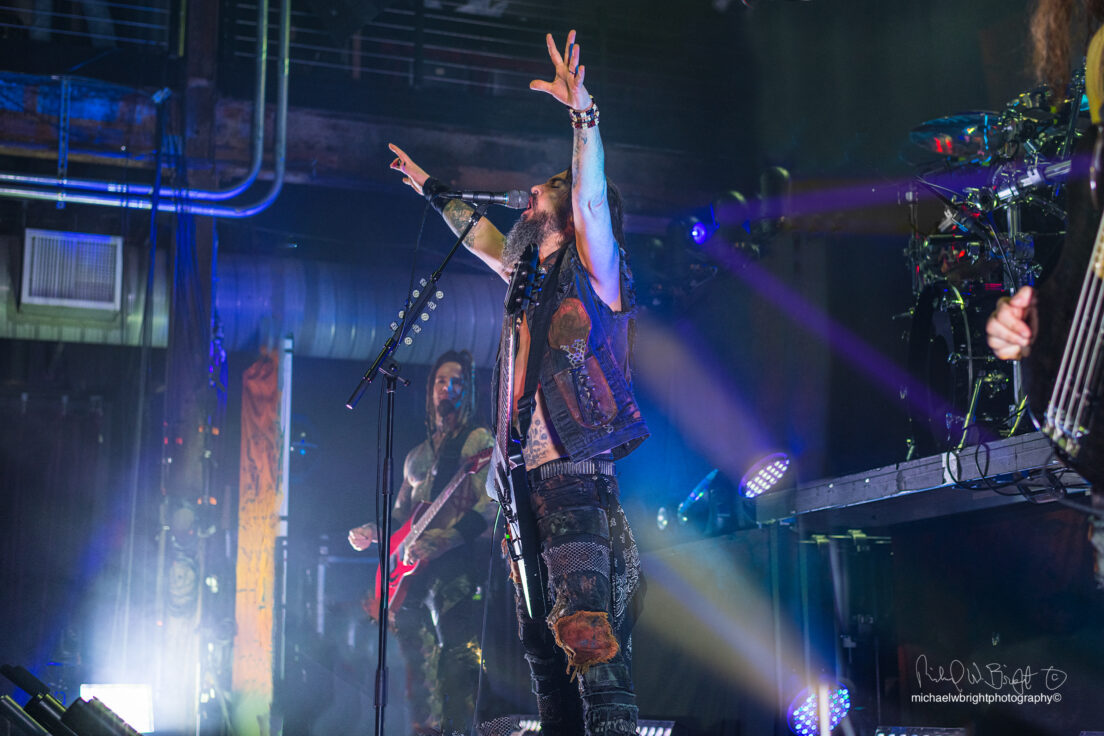 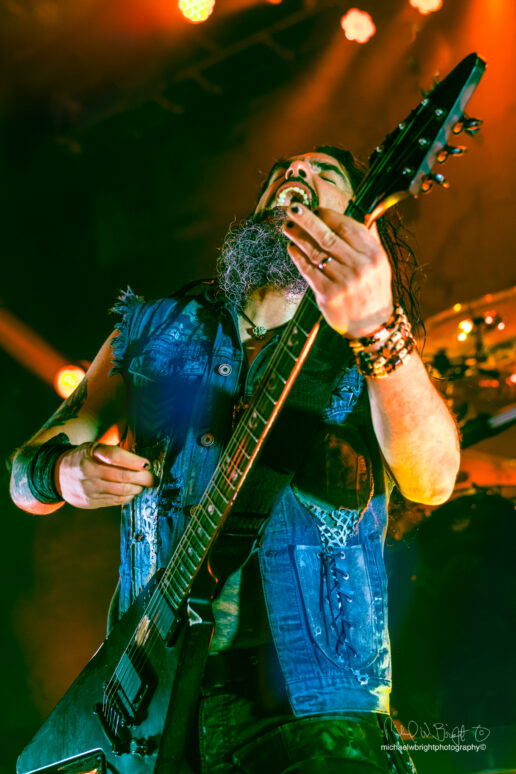 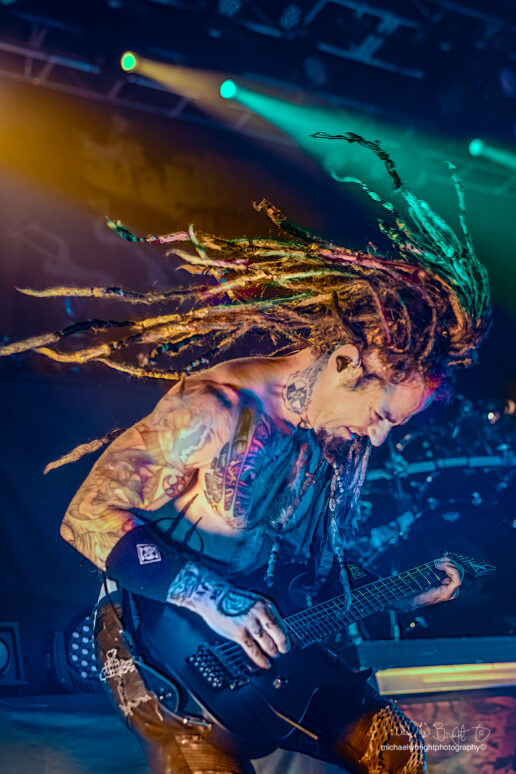 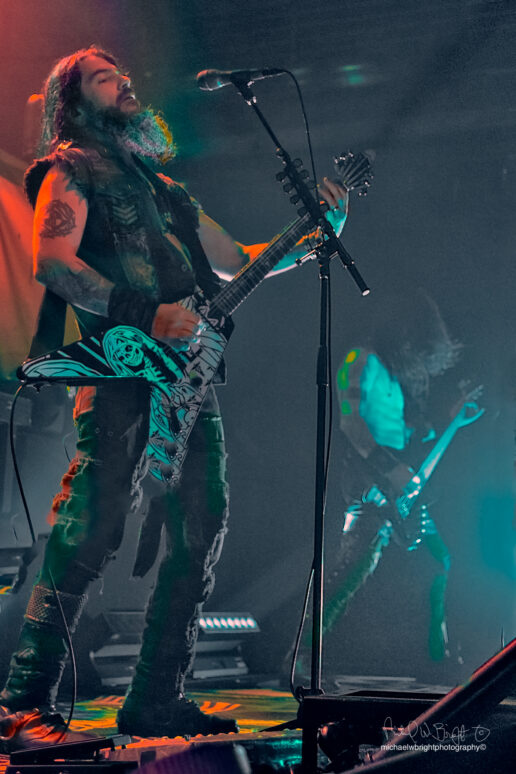 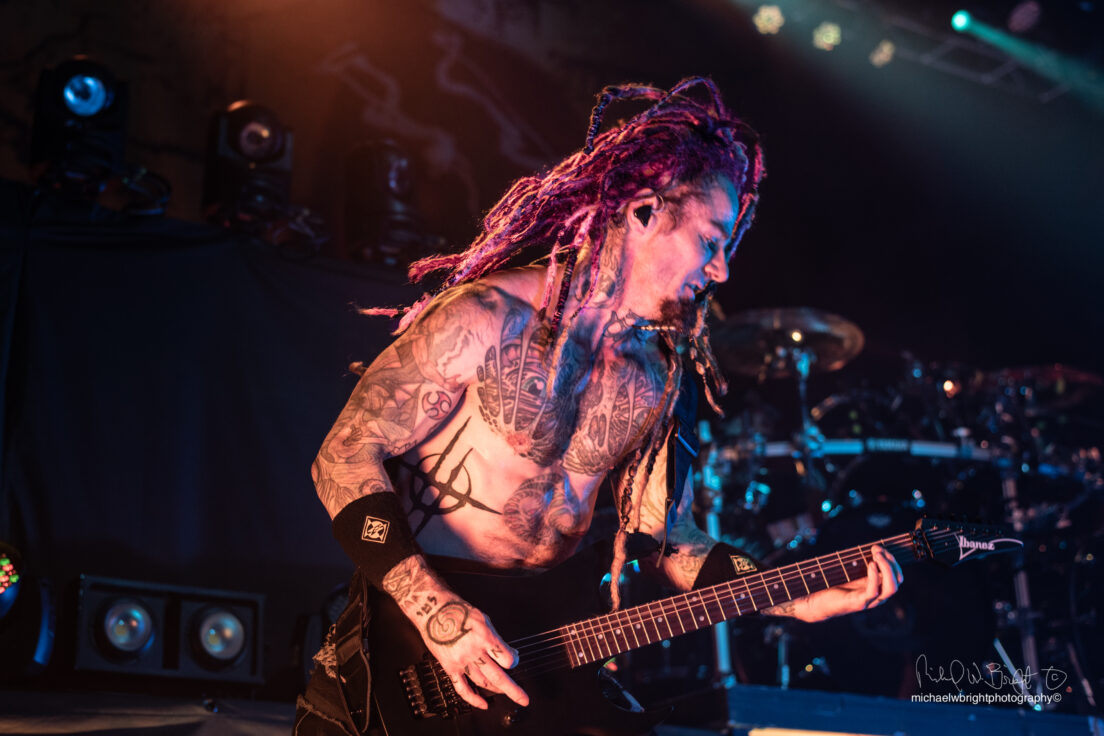 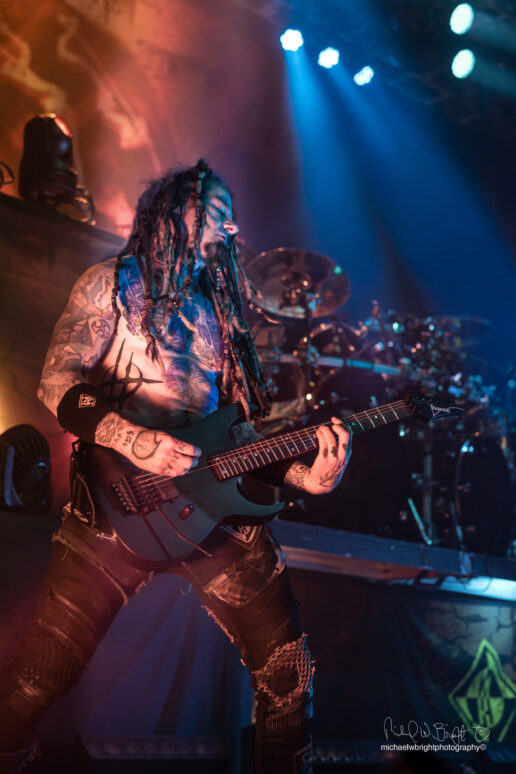 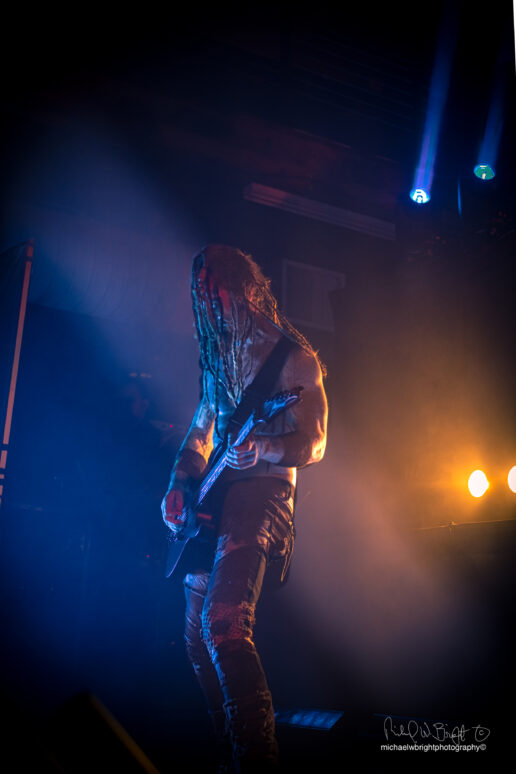 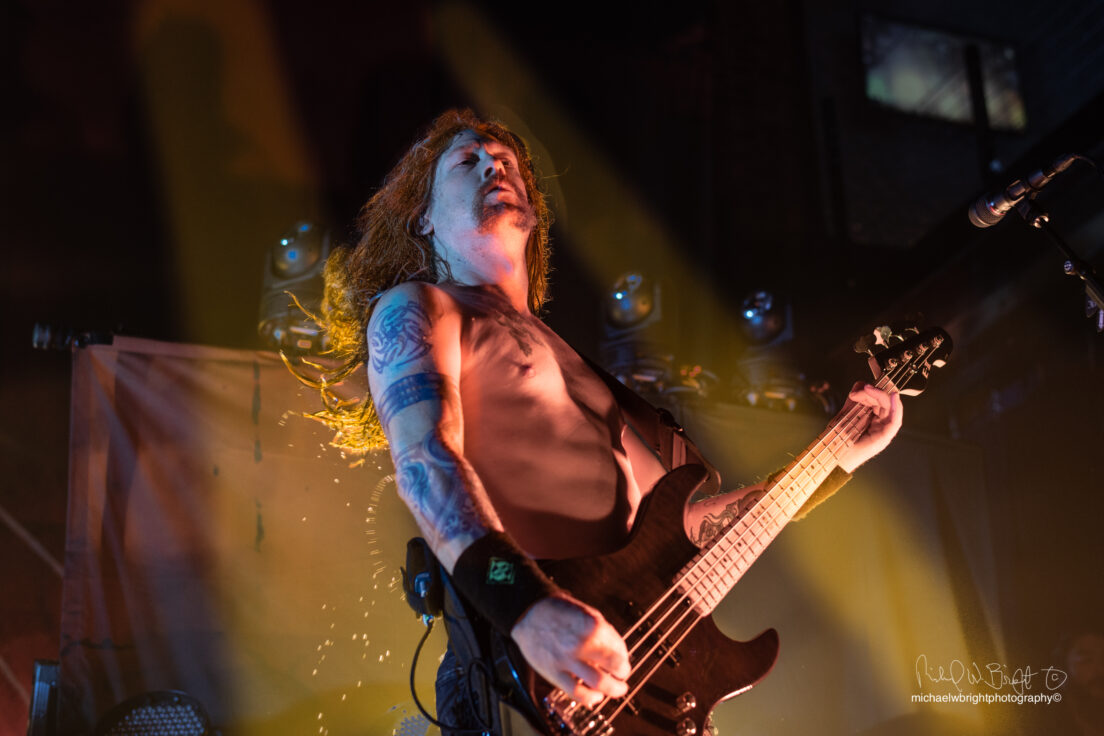 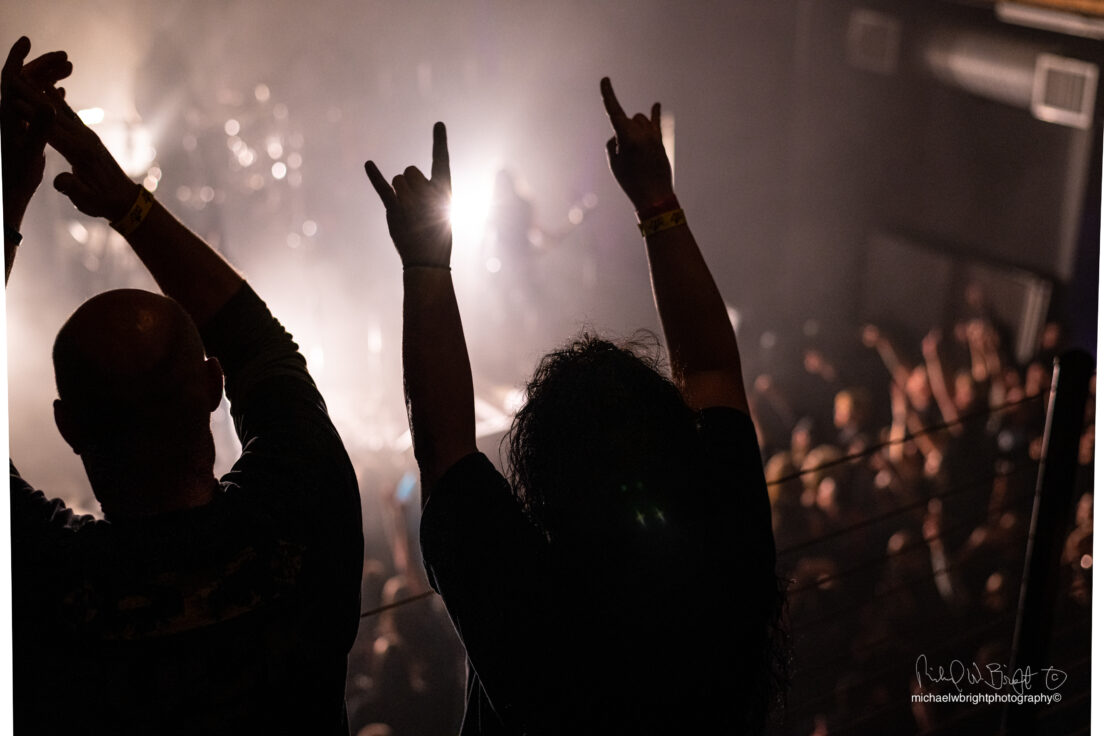 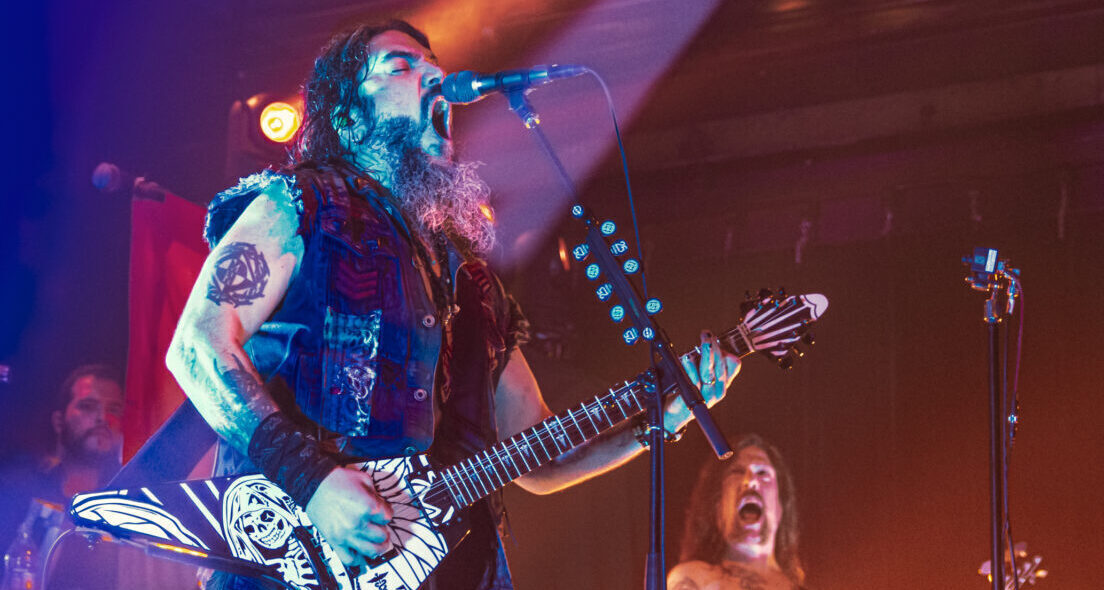 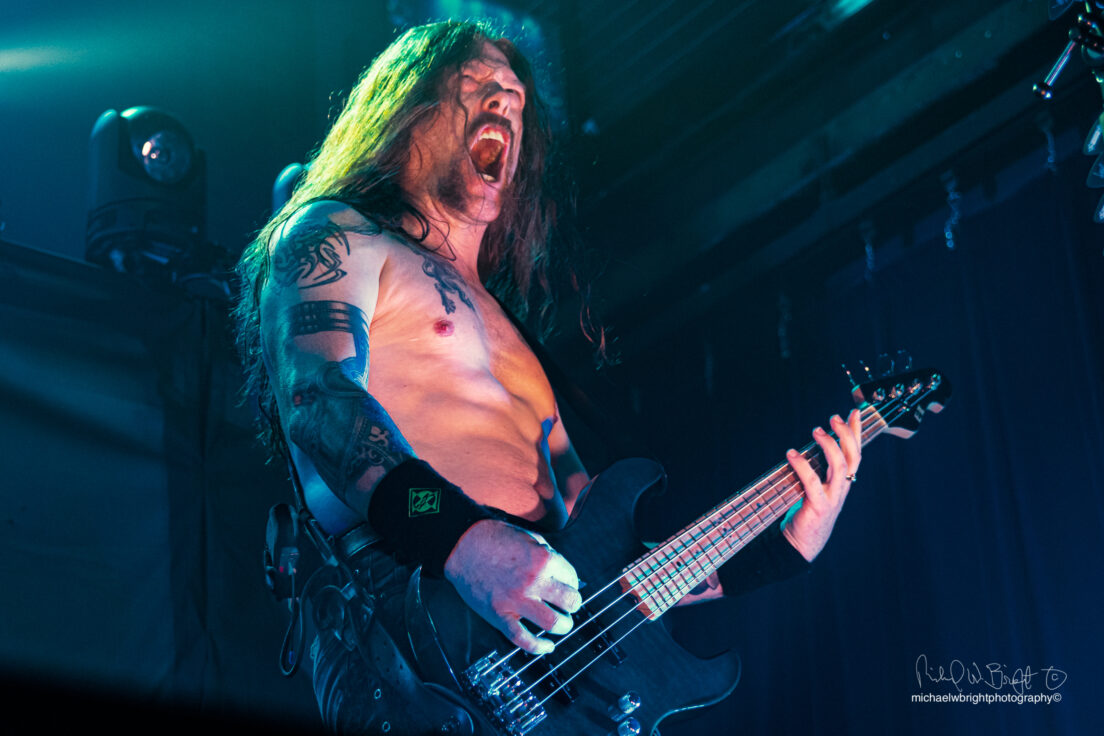