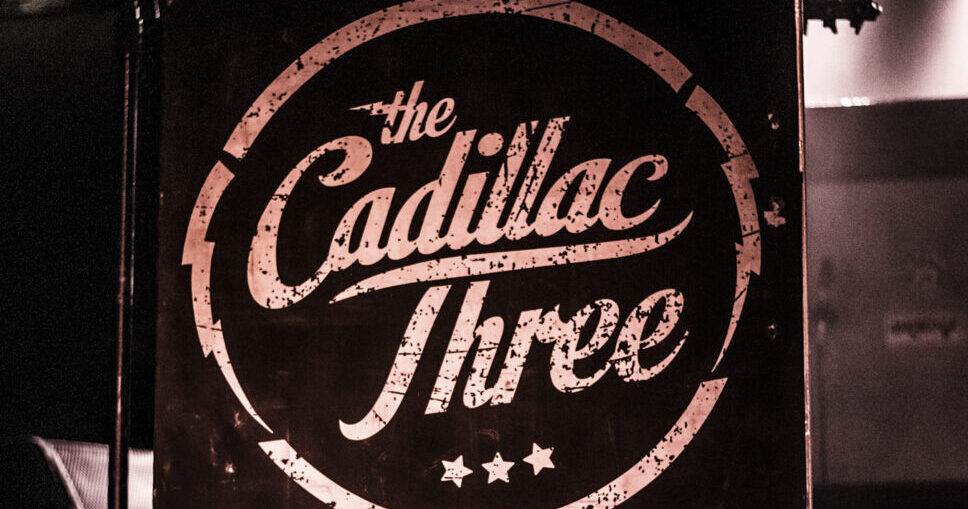 Articles and Photos By: Melanie Leonard

Charlotte, NC — I’m a frequent flyer at The Blind Tiger, shooting at least one show a week there.  Never, have I seen the place so insanely packed full of people than I did last night.  When I pulled into the parking lot, the line was already wrapped around the building and down Spring Garden Street.

Shouldering my way through the crowd, I eventually found my way to the stage to set up for the evening’s show.   Why was I packed in a venue like a can of sardines?  Well, because it was the Album Release Party for The Cadillac Three, a show not to be missed! 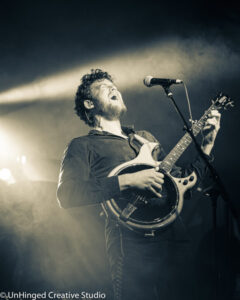 Boy Named Banjo took the stage ahead of The Cadillac Three and I was immediately blown away by this group’s musical ability.  Not only do the lyrics pack a huge punch alongside their hair raising harmonies… but these guys change out instruments throughout their performance with a flawless ease of natural talent.  Americana/Bluegrass is the genre they are labeled with, giving you an amplified version of those old school jam bands that are getting harder and harder to stumble across. They’ve been deemed “Tennessee’s Americana apostles” by Sonicbids. 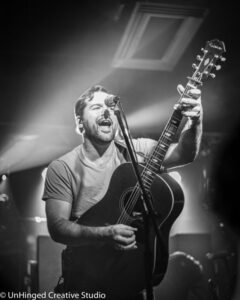 The crowd that came for The Cadillac Three didn’t know what to expect with this young crew of raw, old-school talent taking stage.  The audience barely paid any attention to them setting up, but once the first few notes vibrated through the speakers, you heard an audible hush as the crowd took in what was unfolding in front of them.  Within seconds, all attention was focused on the stage and the screams, hoots, and whistles were ear piercingly beautiful to experience. These Nashville-natives were born to entertain and their bluegrass Americana sound will take them far. 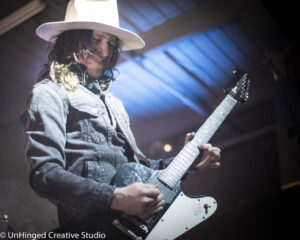 It was time for the headliner to walk out.  Red Solo cups were floating through hands with laughter and shouting deafening the space with the anticipation of tonight’s celebration.  The Cadillac Three’s newest album Country Fuzz gave The Blind Tiger a SOLD OUT event with the audience’s love for the band’s signature self-proclaimed genre of Country Fuzz that has caught on throughout the Nashville big shots.  February 7th 2020 was declared Country Fuzz Day with numerous celebrities shouting out congrats to The Cadillac Three in videos across YouTube.  But what is Country Fuzz? 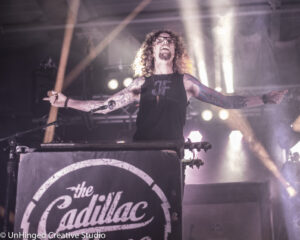 Hard Rock meets country.  (These guys have shared the stage with Florida Georgia Line and Keith Urban just to turn around and play with Metallica and Slayer the next day) Country Fuzz isn’t just a gritty version of southern rock, it’s a vibe.  It’s in your face, hard-hitting, and makes you feel dirty and greasy like you’ve been working on your paw-paws old Chevy out in the driveway in the hot summer sun with a can of beer and radio blaring. 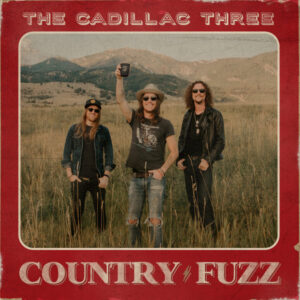 Not only have these guys brought about a whole new genre of music, but they accompany it with their own line of clothing that compliments the very roots of what Country Fuzz represents.