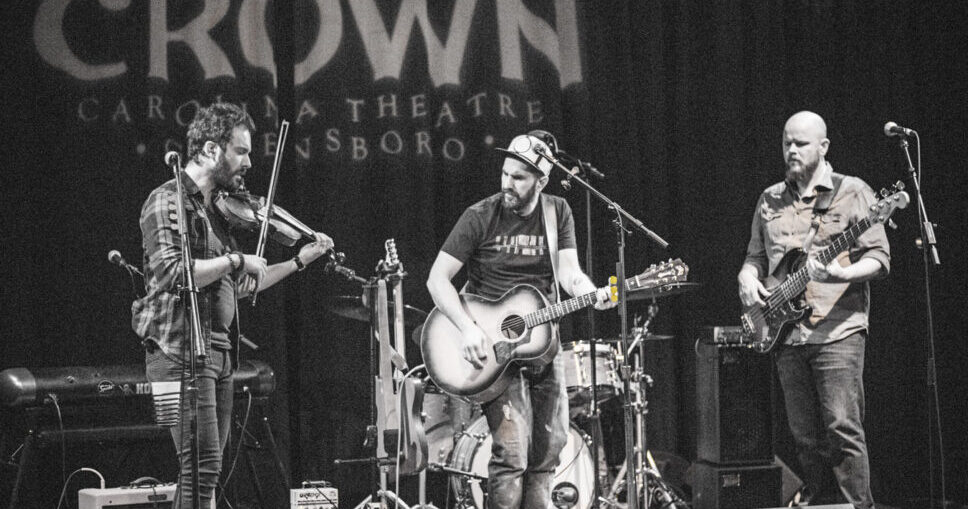 Greensboro, NC — During a pre-show chat with the band, I asked The Southern Gothic what would be one of the biggest compliments they could receive from a fan.  “When they walk up to us and say that they don’t normally listen to ‘that type’ of music but are now hooked to a new sound.”  Connor’s favorite compliment isn’t hard to come by with this group.  Their unique blend of southern rock, country, and soul makes it easy to add The Southern Gothic to your go-to playlist.  Since 2008, the original trio consists of Connor Christian (lead vocals/guitar/piano), Jeff Spirko (fiddle/guitar/piano/vocals) and Shawn Thacker (drums) with a 2013 addition of Shad Adams on bass.  The guys have played jam band audiences to bluegrass festivals, sharing stages with the likes of Tim McGraw, Willie Nelson, Big & Rich, Zac Brown, Styx, Uncle Kracker, ZZ Top, Heart and more.

Already a fan, I was excited about seeing The Southern Gothic on their winter tour promoting their highly anticipated new EP, Burnin’ Moonlight.  We passed the guys on our way in the side entrance to the Carolina Theatre in Greensboro, NC, they were running out for a quick bite before the show.  Not even knowing who we were at that point, they were genuinely pleasant and gave easy smiles with their greetings.  Despite their well-deserved success, the guys were extremely down-to-earth during our interview, to the point that I honestly felt like I was hanging out with old friends and chatting over drinks. 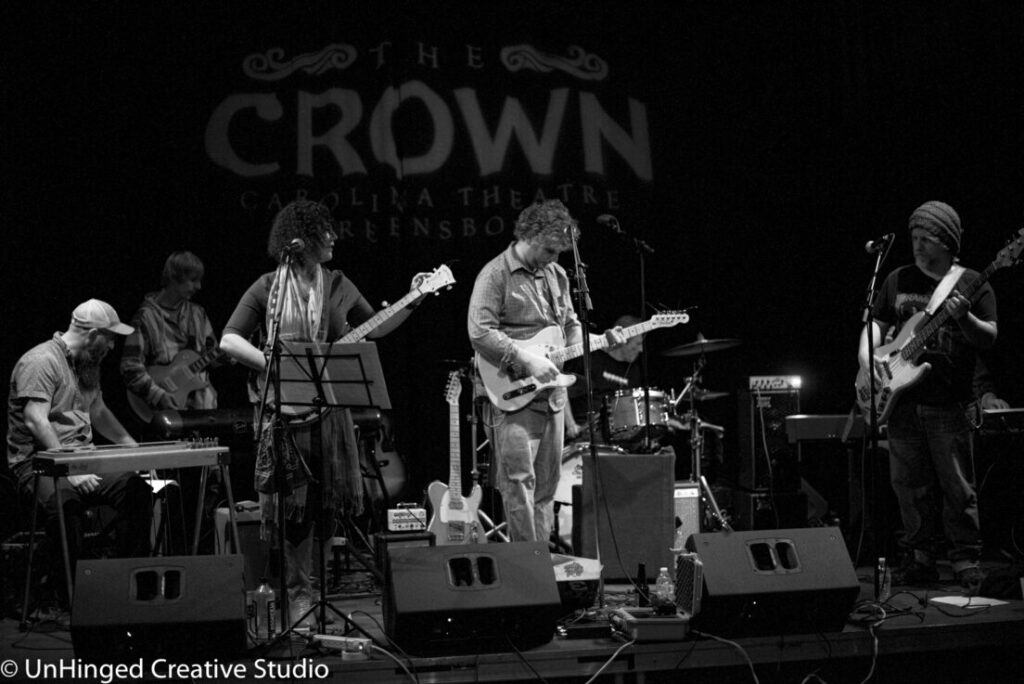 On stage first came The Grand Ole Uproar, Greensboro natives with a twangy country sound meets hippie chill.  This band isn’t a stranger to the stage, sharing many with a multitude of Grammy Award-winning artists. These 2013 Regional Arts Hub Grant winners have a unique and entrancing vibe that makes me think of a laid-back mix of Dylan and the Grateful Dead.  With this being the first time hearing the group, I was delightfully surprised at how easy it was to get wrapped up in their sound and excited that the Triad has another group of talented musicians to brag about. 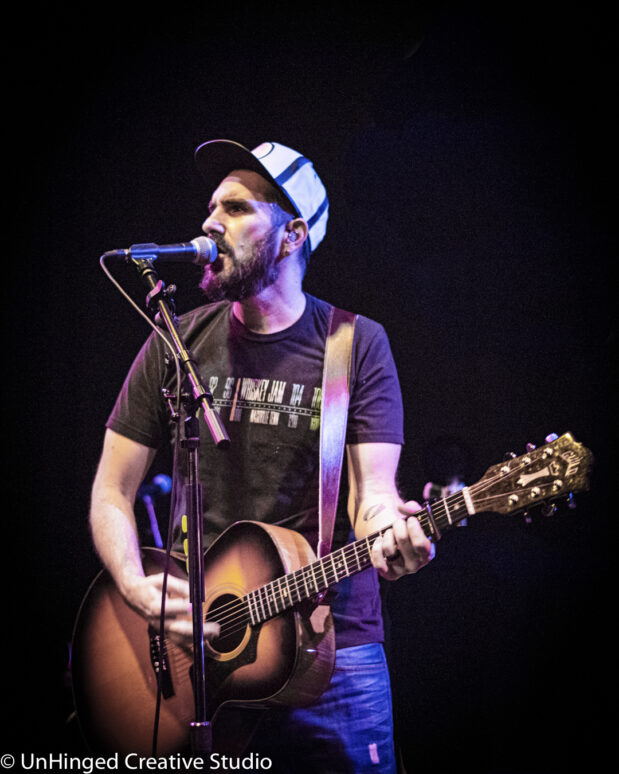 Once The Southern Gothic took stage, you felt the buzz of anticipation and excitement in the room.  The crowd wasn’t a stranger to the sound of the band’s newest single as they cheered their congratulations within the first few chords of ‘Ain’t Gonna Lie’, released on January 17 with over 41k streams in less than a month.  Throughout their set, the group flawlessly changed out instruments with Spirko seriously impressing with his easy transitions of multi-instrumental talents.

It’s no wonder how The Southern Gothic has exploded into the Country/Rock scene with a devoted fan base and the talent to have already snagged several brag-worthy awards.  Not only does their music ignite the crowd, but their fervor on stage is a contagious sense of excitement that makes their live performances standout and worth your time to experience.