Boston, MA — Lyrical brilliance was a theme of the evening. Each of Theo Katzman’s songs are adored with lyrics so singable and so needed in our current climate, both emotional and political. Katzman, who has a multitude of heartbreak hits, writes of sadness, cynicism, and bitterness with a certain bite and wit that draws no groans. His newest album, Modern Johnny Sings: Songs in the Age of Vibe, includes songs such as “You Could Be President” and “Billionaire” which sink their lexical teeth into the current political scene. 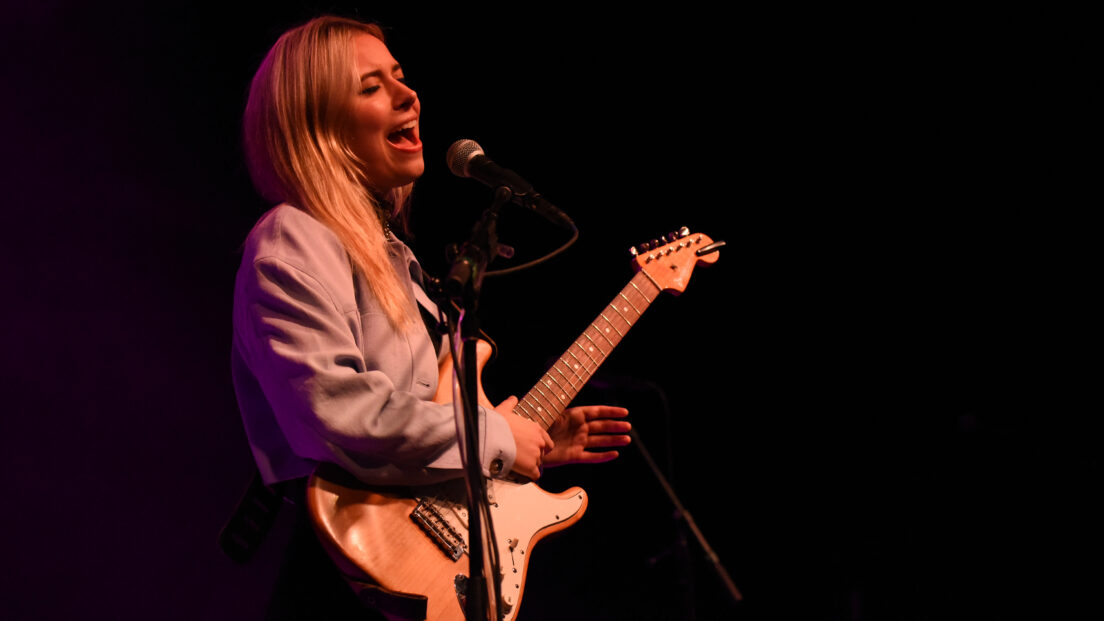 West Virginia native Rett Madison wrangled the attention of the mingling crowd by cutting through the murmurs with heart-piercing belt. Madison’s unmistakably unique sound rings with a universal viscerality perfectly suited for the vulnerable, cutting lyrics she writes. Accompanying herself on guitar for the remainder of the set, Madison toured the audience through moments of her life in song, from exploring of her own sexuality to grieving the recent death of her mother.

Madison uses her vocal virtuosity to drive a platform. Her songs, which focus mainly on “grief and queerness” strike a chord with many listeners, as made evident by spontaneous shouts and agreements from the audience. In a brief interview after the show, Madison remarked that by sharing her voice, she hopes that others will be empowered to share their own truths. 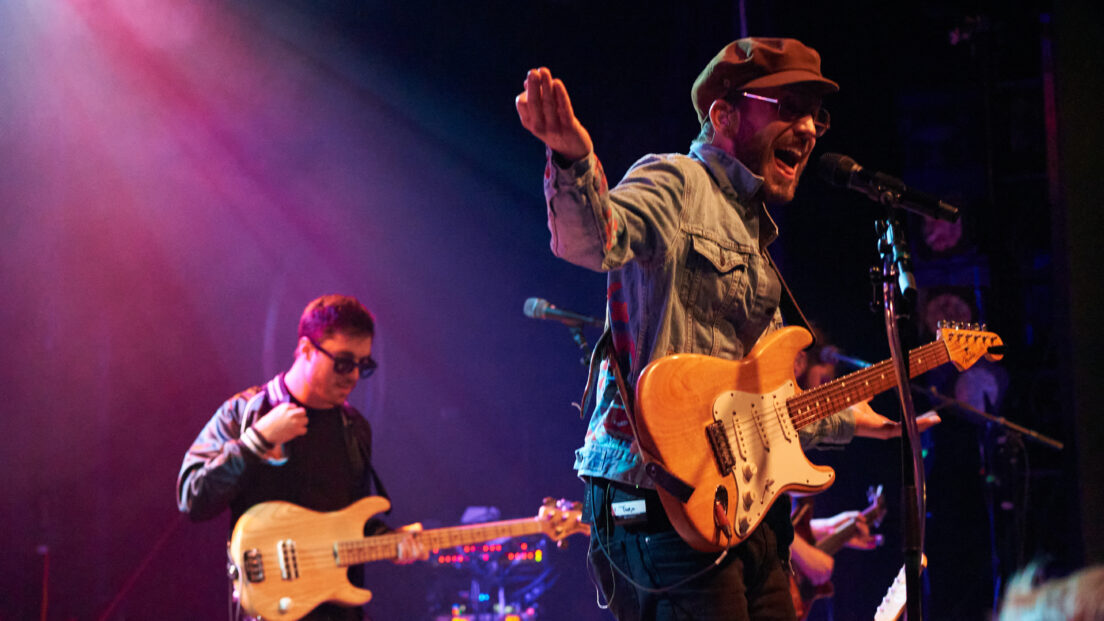 As Theo Katzman and his fellow musicians entered the stage at Royale Night Club, the audience roared. In their cheers came the shouting of a name. Standing slightly off center and adorning his signature shades Theo Katzman’s bassist was met with cries of his own moniker “Joe Dart, Joe Dart!” Despite the show’s billing as “Theo Katzman,” many fans are equally acquainted/smitten with his ensemble members, all but one (drummer Jordan Rose) being drawn from the bands Vulfpeck and Dawes. With such heavy hitters as Dart (Vulfpeck) and keyboardist Lee Pardini (Dawes) on his team, Katzman’s tour is, in a word, stacked.

Being in the city of long-standing, top-rated music schools such as Berklee, Boston Conservatory and New England Conservatory, Theo Katzman and bassist Joe Dart knew well the weight of the music community which filled their Boston audience Saturday night. Both members of Vulfpeck, whose following includes a large number of student and professional musicians, this pressure is nothing new. Commenting on it on several occasions throughout the evening, Theo made sure to recognize and honor his musical fans.

Every moment of Katzman’s set was drenched in musical excellence.. Each movement in Katzman’s show is so perfectly, magically curated and simultaneously improvisatory and alive. Instrumentals which ran the gamut of musical tastes and skills made for a night which never lost the fascination of its audience. One particular break worth mentioning was that of Lee Pardini, Theo’s self described “favorite jazz pianist.” Throughout the minute-and-a-half (give or take) in which Pardini was improvising, he explored a wide range of colors and harmonizations that illuminate his fluency in jazz and blues. 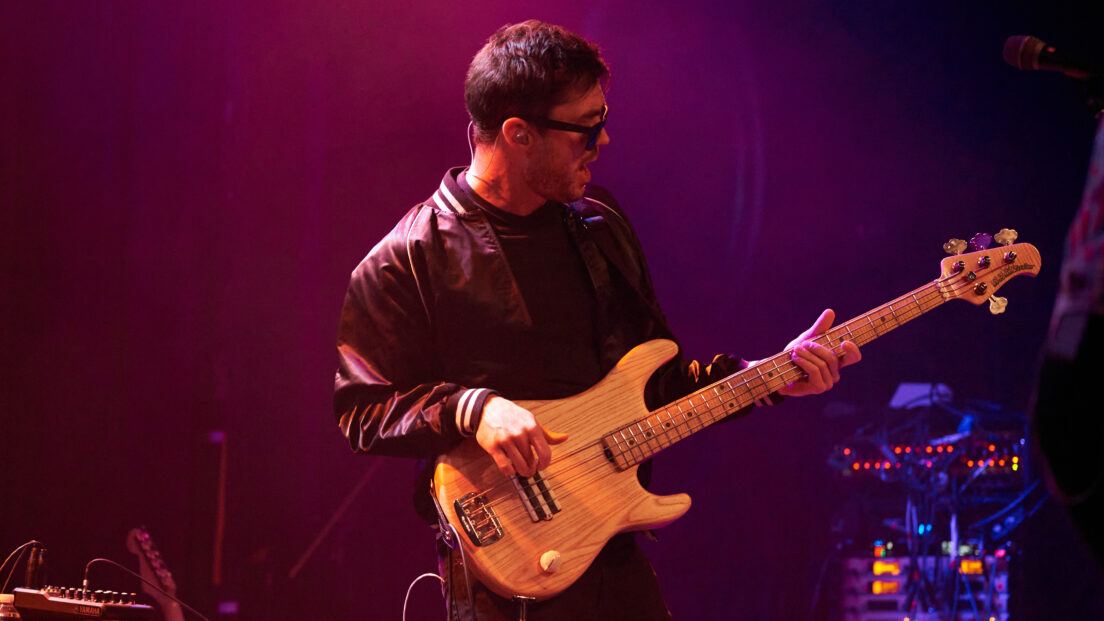 Katzman’s songs are marked by ridiculously singable lyrics and a groove that doesn’t quit. A true frontman with a larger-than-life presence, Katzman has a unique ability to bring charisma out of his audience. From start to finish, fans danced and sang along, shouted and bobbed their heads a-la-Dart. A particularly memorable encore included Katzman directing his fans three-part harmony on his tune “My Heart is Dead.”

To conclude this review without mentioning the enormousness of Katzman’s vocal stamina and skill would be a travesty. Theo Katzman’s voice is a beast unto itself. His power, range and versatility are impressive when heard on a singular track; to hear him utilize every inch of his range, color versatility and expression over the course of an entire concert is beyond words. Between his charisma, songwriting, instrumental skill and vocal prowess, Theo Katzman is the whole package.

Theo Katzman & co. continue their tour with a swing through the Midwest in early March. Find his upcoming dates here.