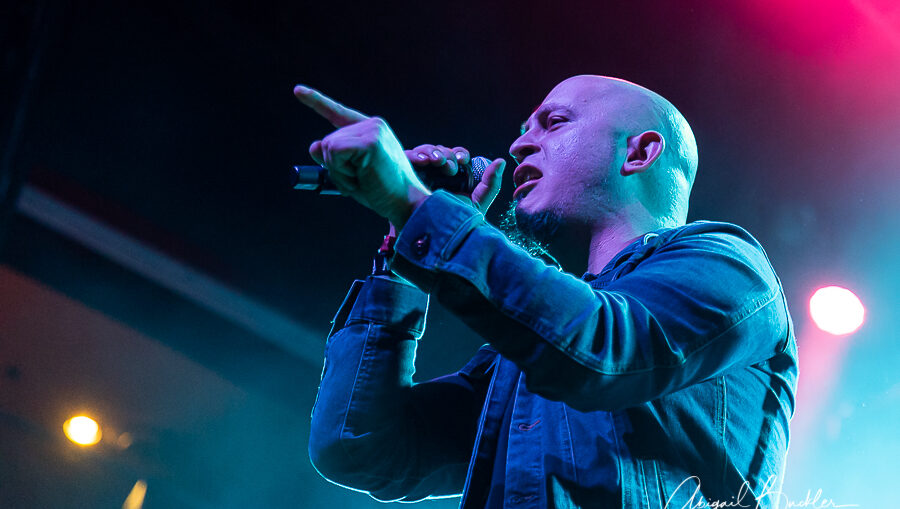 Article and Photos by Abigail Buckler

Las Vegas, NV – Deepfall a hard rock band from Michigan has been coming on strong and gaining popularity in recent months as is evident by their opening slot on the Alter Bridge tour.  Their songs are heavy and full of strong imagery creating a visual picture for the listener.  Tonight they are bringing those songs to life on the stage.  Singer Rick Hopkins delivers a strong vocal and interacts with the crowd drawing them into the performance.  The music from the rest of the band Max Carrillo(Guitar), Anthony Battista(Guitar) Taylor Brandt(Bass), Nick Gray(Drums), Tim King(Keyboard) is delivered perfectly.  They describe their music as music to strike the soul and this performance does just that.

Not only is this a great way to open this show, but it is a great way to introduce many to this band.  The crowd is enjoying their performance and that is a good thing.  Many comment on how much they enjoyed this set and many stop members of the band after their performance to say the same thing.  It is easy to see why this band is gaining in popularity and the fans are going to have another chance to see them soon since they will be on the Hellyeah tour later this spring.

Deepfall is a new band that is definitely worth getting to the show early to see.  Their songs are heavy and they tell a story and their stage performance is high energy and designed to start the night out.