HUNTERSVILLE , NC — Rural Hill was alive with the sound of music from Americana trio The Wood Brothers on Thursday night. The show was part of a series of “pod” shows at the outdoor venue, where the crowd is kept spread out in a field of six square-foot boxes painted on the grass. The distance didn’t hurt the vibe at all, in fact, it may have made the connection between the stage and the audience feel more personal. 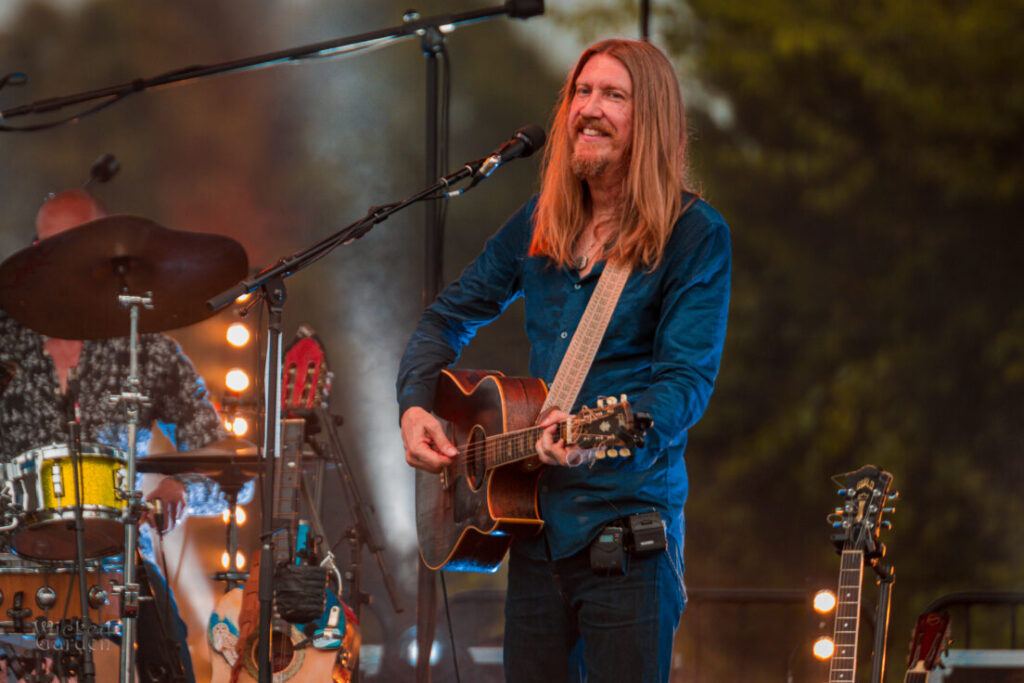 With no opening act, The Wood Brothers took to the stage with an hour of daylight left, in front of a beautifully fitting backdrop of trees of blue sky. The group took a slow-burning approach to the stage, as guitarist and vocalist Oliver Wood strummed the opening chords of “The Muse,” the title track of their 2013 album. As he was joined by Chris Wood on stand-up bass and multi-instrumentalist Jano Rix on melodica, the audience was singing along, “Times like these so sweet and so true, thinkin’s the last thing that you wanna do.”

The band picked the pace up with each song, taking the crowd right along with them on a dynamic journey through their blend of jazz, country, and funk influences. By the time they reached “Jitterbug Love” and “Shoofly Pie,” the field was filled with singing and dancing. Rix, who had moved to his drum kit, often played double-duty on drums, with one hand on a keyboard. Throughout the set, they brilliantly intertwined upbeat rockers with melodic storytelling, highlighting tracks from their latest album, 2020’s Kingdom In My Mind.  Oliver pointed out that they would be playing a lot from the album that they were so proud of, but had to cancel the tour due to the pandemic. By the end of the night, they would perform seven out of the album’s ten songs, including the tour’s namesake, “Little Bit Broken.” 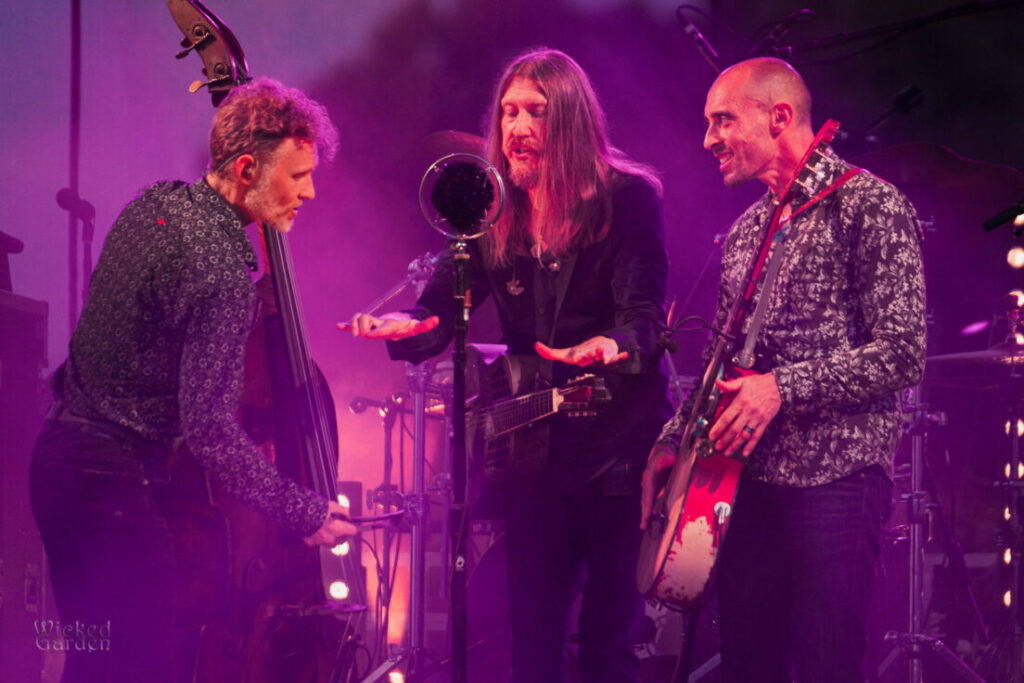 An interesting highlight of the show was a two-song mini-set featuring the band gathered center stage around a single mic, aptly named “Big Mike.” The members leaned in and out from the mic, keeping perfectly balanced harmonies through “Firewater” and the audience sing-along “Liza Jane.” By the time they moved back to a full-stage arrangement, the sun had set, leading to a completely different vibe as they closed the set with the funk-tinted jam “Happiness Jones,” which they seamlessly transitioned into a cover of “Express Yourself.” The audience became a dancing frenzy that held over to their encore and beyond, as shouts for another song continued several minutes after they left the stage for the evening.

Catch The Wood Brothers on the “Little Bit Broken” tour throughout the summer. 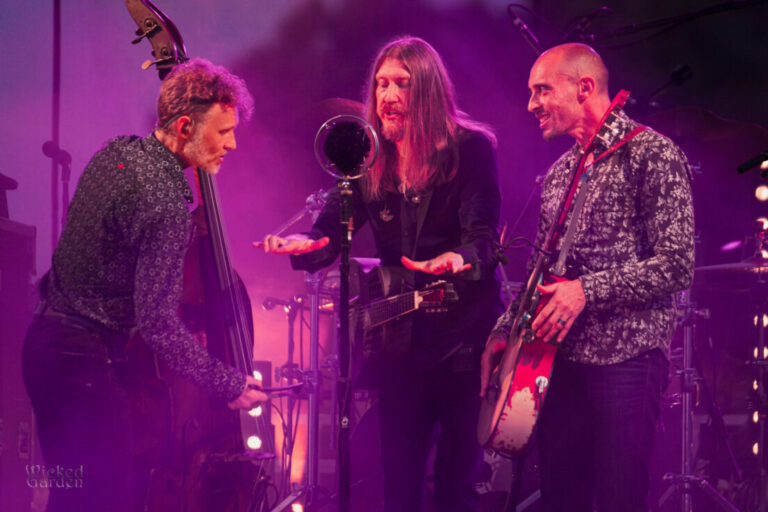 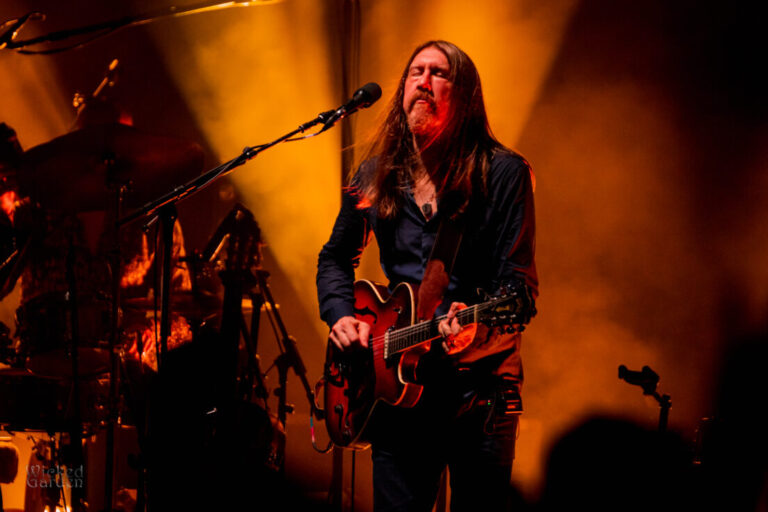 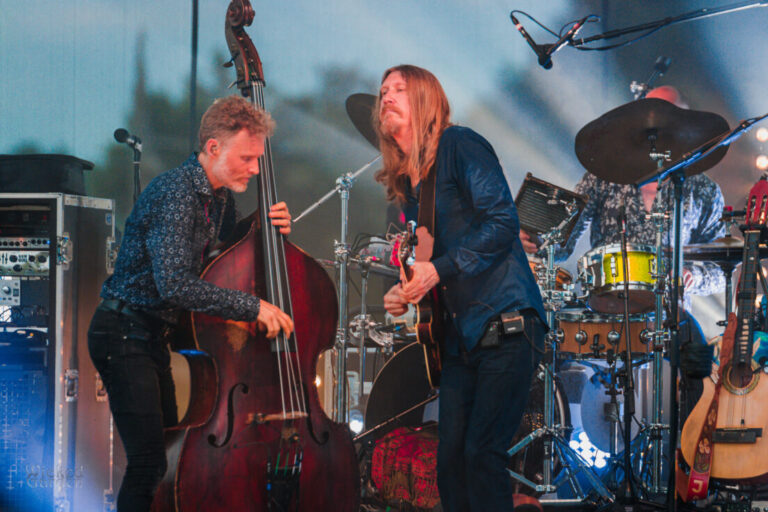 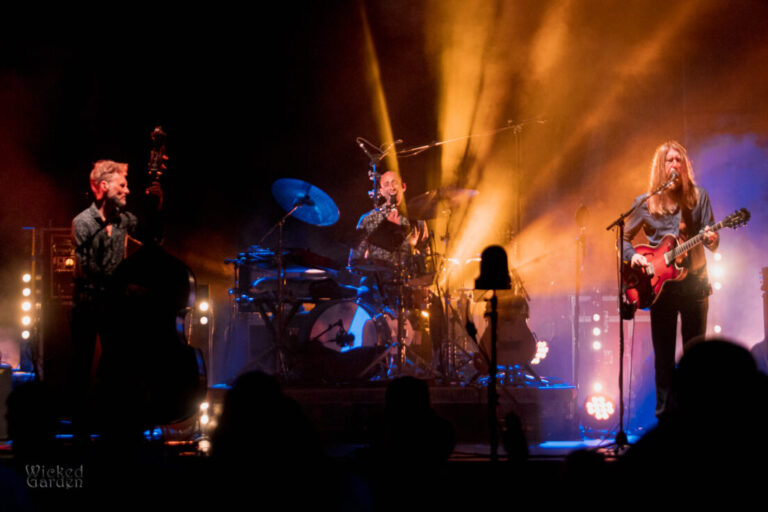 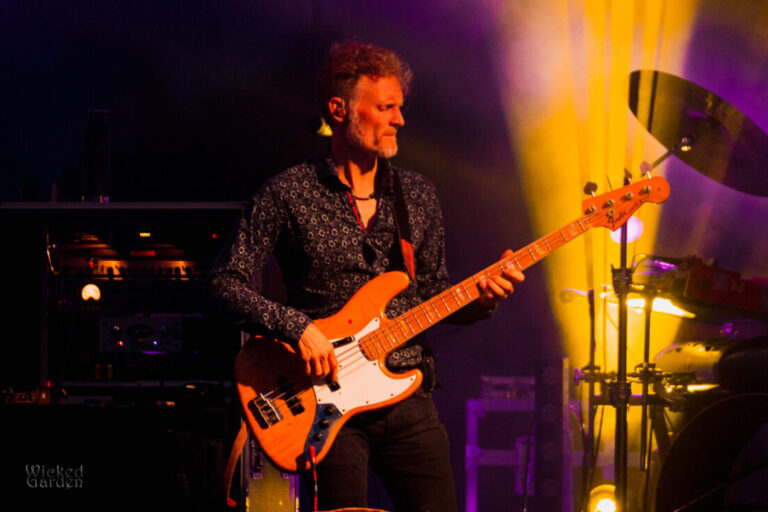 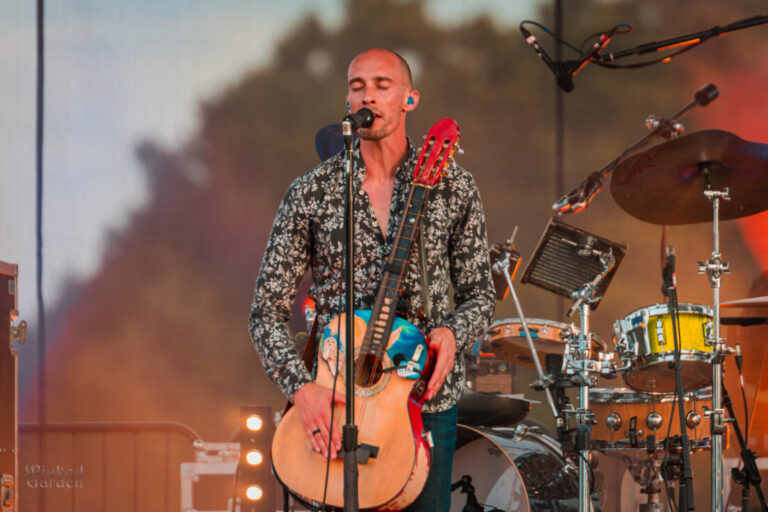 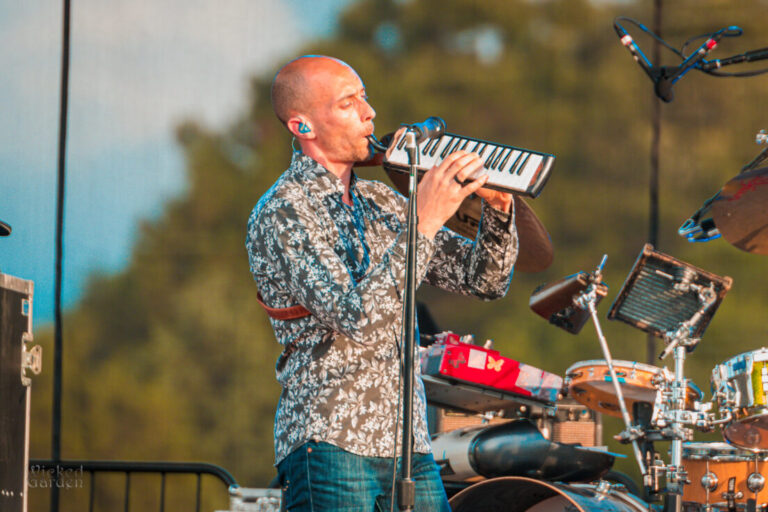 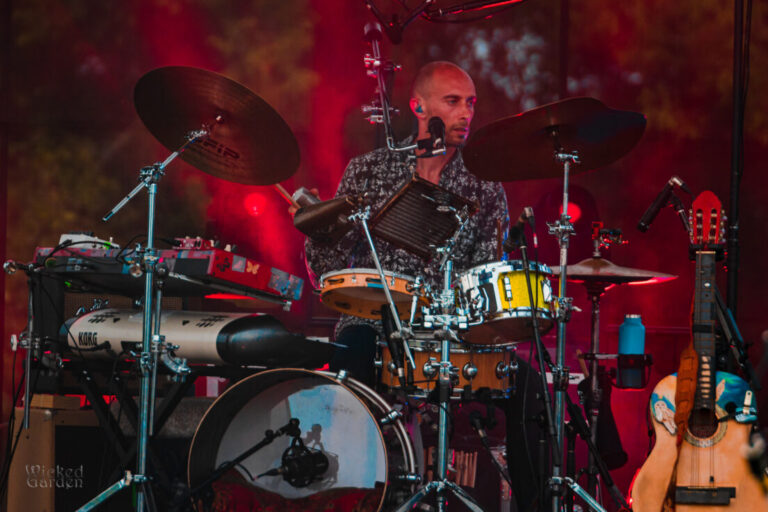 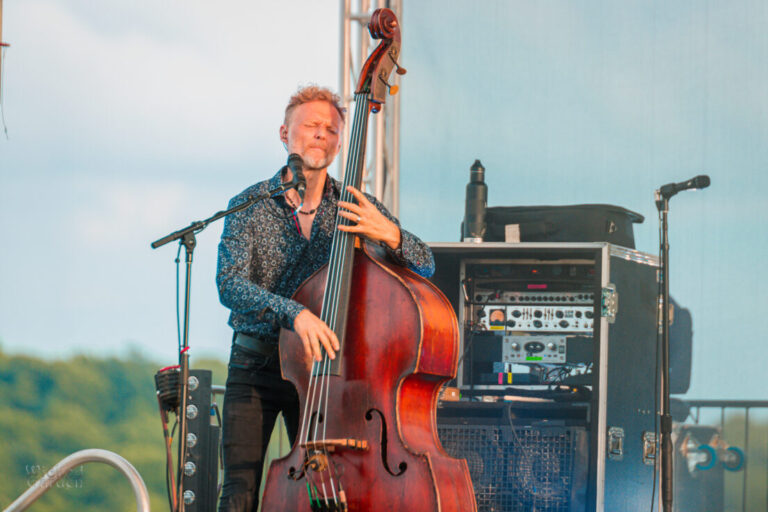 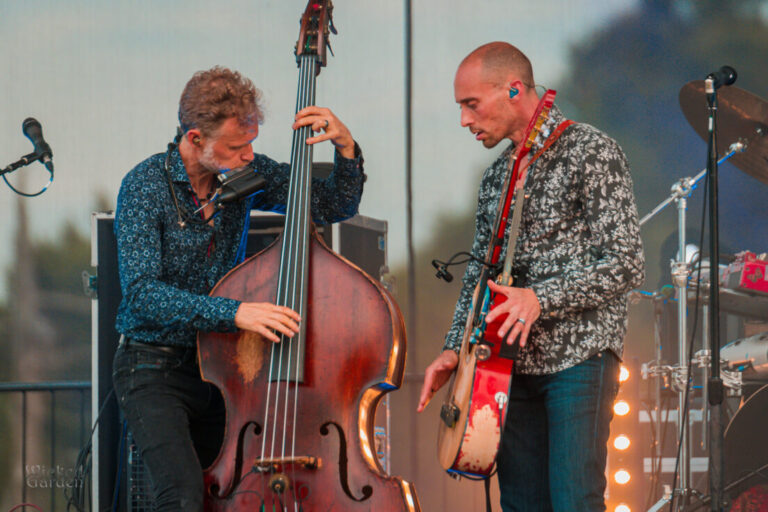 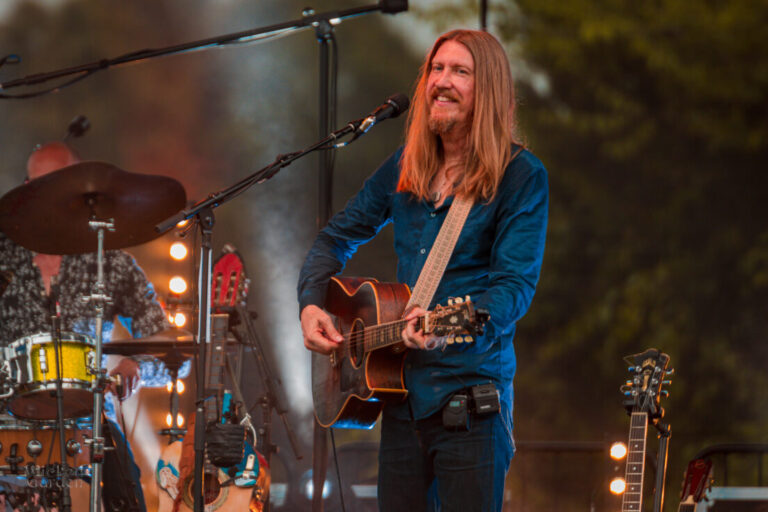