CHARLOTTE, NC — Friday night at Amos’ Southend was all about loud, hard, fast rock n’ roll. As their “Straight Out of Quarantine” tour winds down, veterans of the late 80s hard rock scene, Enuff Z’Nuff and Faster Pussycat played to a packed house. An hour before show time, the area around the venue was scattered with leather-clad fans socializing and waiting for the night’s show. Although the core of the audience was made up of fans from the band’s late 80s roots, there was a definite younger presence in the room, with shows like this one ushering a new generation into the genre. 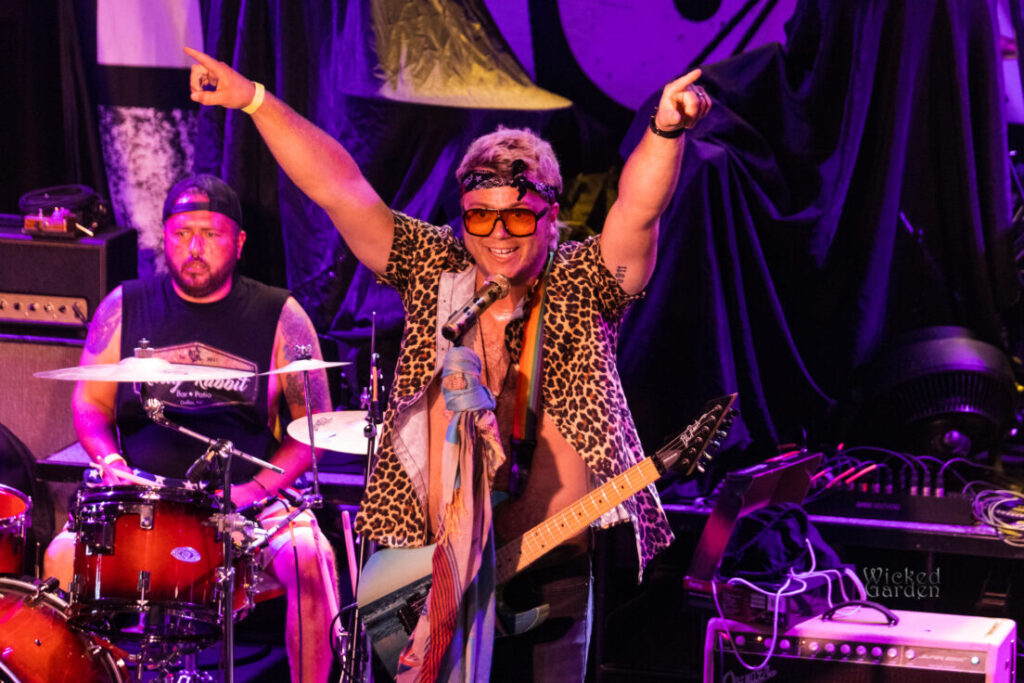 The evening kicked off with a short-but-sweet set by Charlotte locals, Testarossa. Even though the band played before the official start time of the show, there was a good sized crowd there for the group’s half-hour run of tracks from their debut album, Late for the Party. Hard-hitting rock n’ roll songs like “Mother Lover” and “Hot Stuff” got the crowd whipped up for the evening to come.

Enuff Z’Nuff exploded on to the stage with a lively rendition of the Beatles’ classic, “Magical Mystery Tour.” That set the perfect tone for the band’s 80 minute set filled with their unique psychedelic-tinted metal style. Donning velvet bell-bottoms and reflective colored sunglasses, vocalist / bassist Chip Z’Nuff led the group through a career-spanning set. 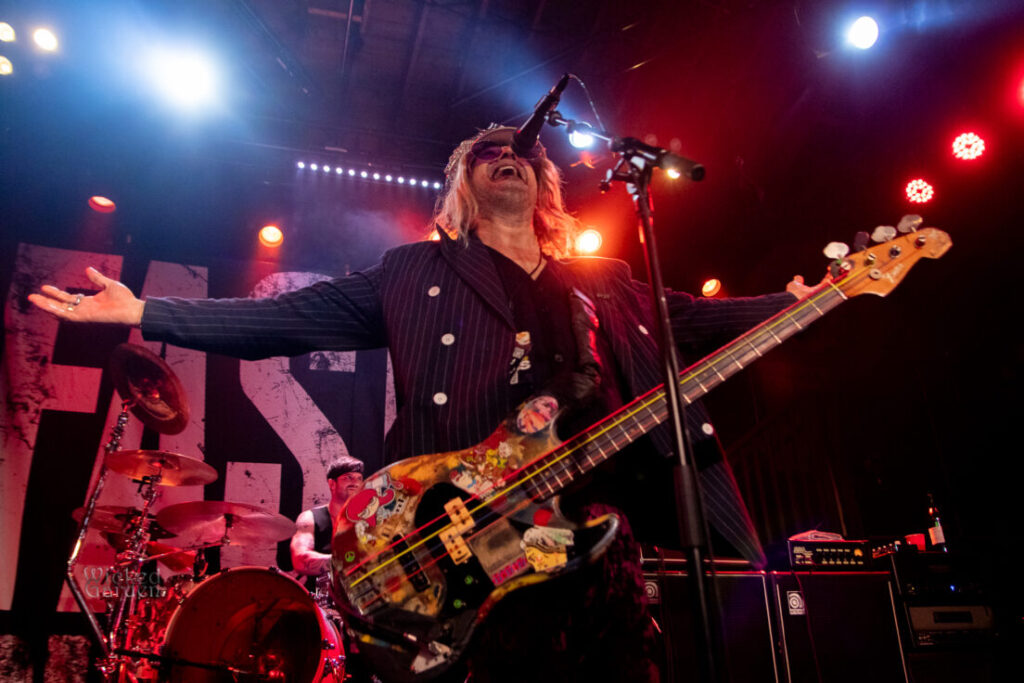 Between songs, Z’Nuff told tales of the band’s impressive 32 year career, from their 1989 debut album to their 23rd release in 2020. Such as that time they knocked Skid Row out of the top spot on MTV as a way to introduce their 1989 breakthrough hit, “Fly High Michelle,” driving the crowd wild. It wasn’t just the hits that got this audience moving and singing along, though. Songs like “Metalhead” and “Baby Loves You” proved to be crowd-pleasers just as much as “New Thing,” their first single and this evening’s closing song.

Following a short break, Faster Pussycat stormed the stage with their sleazy sunset strip metal, opening with “Jack the Bastard,” from their 1992 album, Whipped. Front man, and sole original member, Taime Downe, spared little time to talk to the crowd this evening, as the group plowed through a set of Headbangers Ball favorites like “Cathouse” and “Slip of the Tongue.” 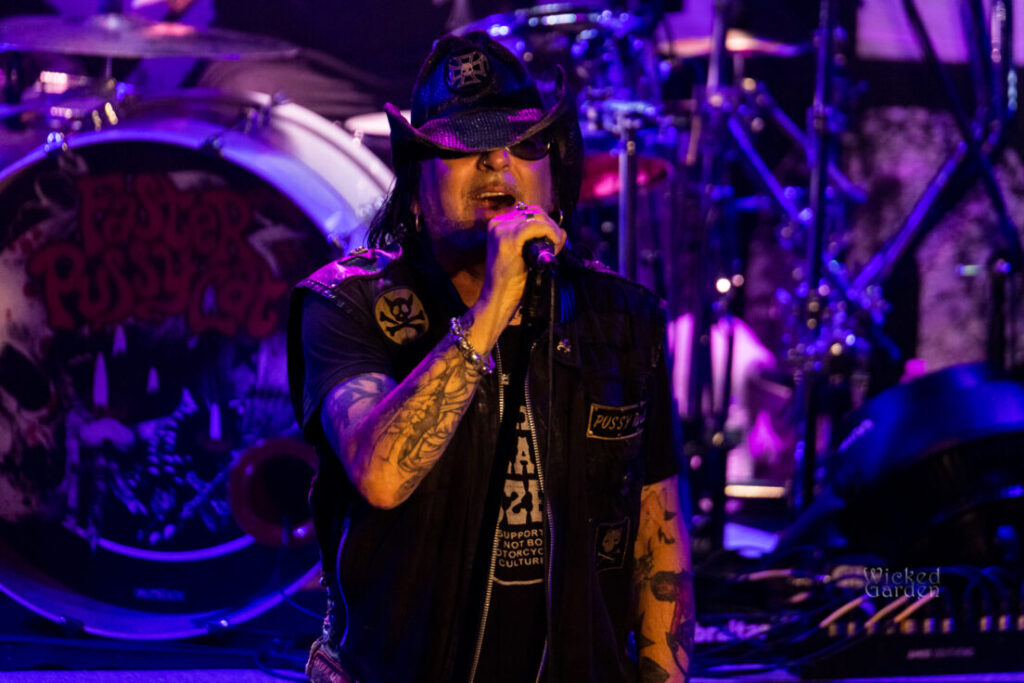 The band’s setlist covered all four of their studio albums equally, and included the single “NOLA,” released this summer on streaming services. The only slow song any of tonight’s bands played came about two-thirds of the way through, with their 1990 breakthrough ballad, “House of Pain.” As the evening wound down, drummer Chad Stewart began pounding the thunderous drum intro of their first single, 1987’s “Bathroom Wall.” The song turned into a medley of sorts, as bassist Danny Nordahl took over vocals for a cover of the Supersuckers’ “Pretty Fucked Up,” before returning to the final chorus of “Bathroom Wall.” The jam exploded into the final song of the night, “Babylon,” also from their debut album. 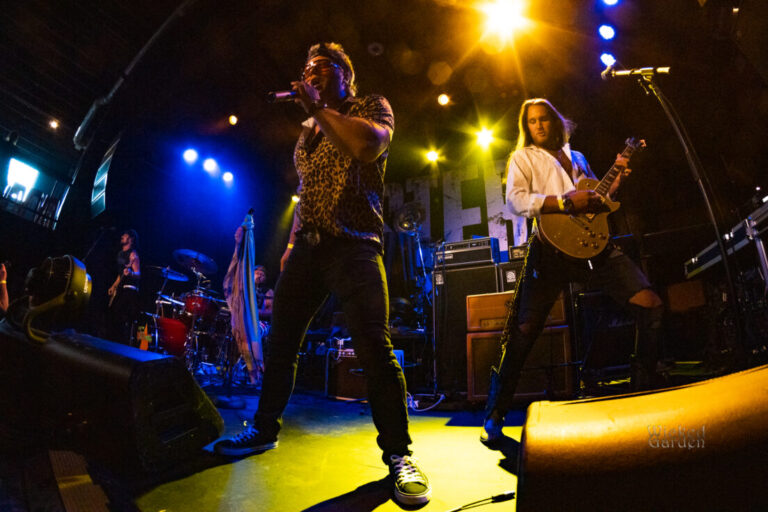 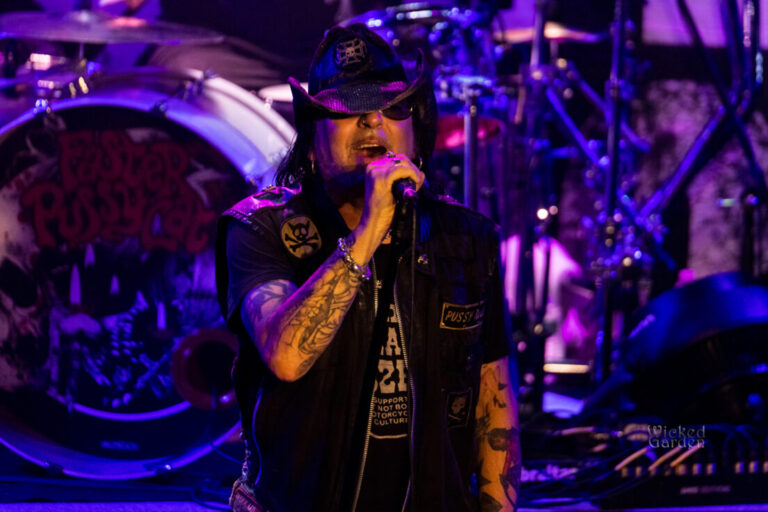 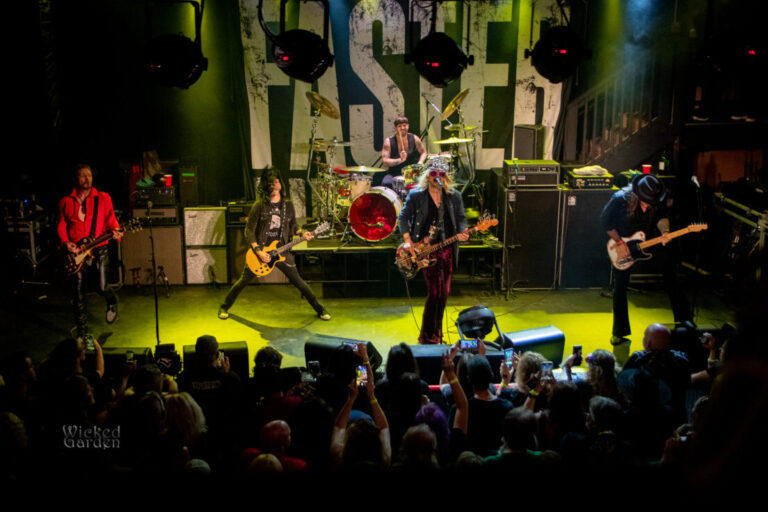 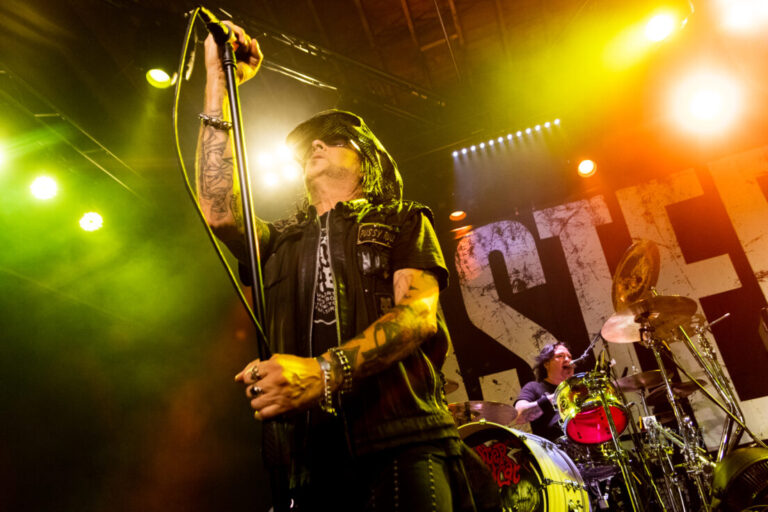 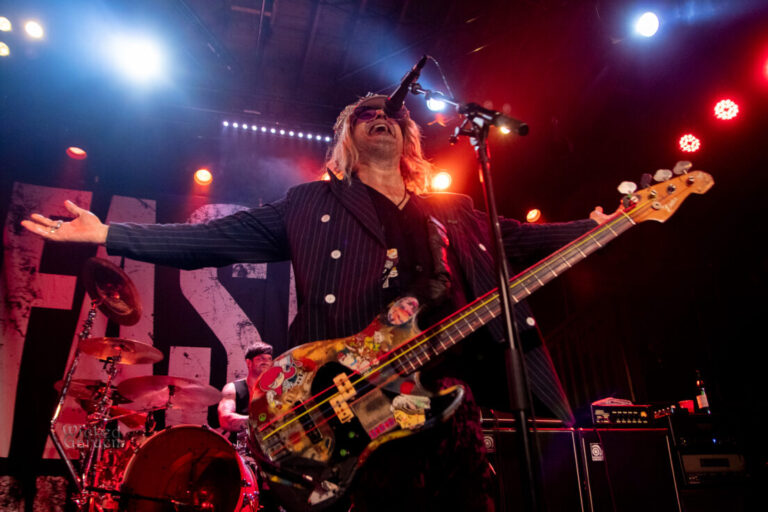 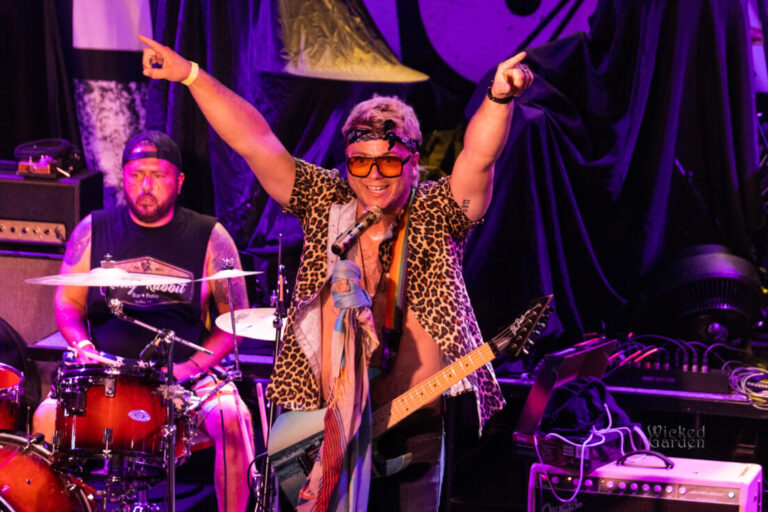 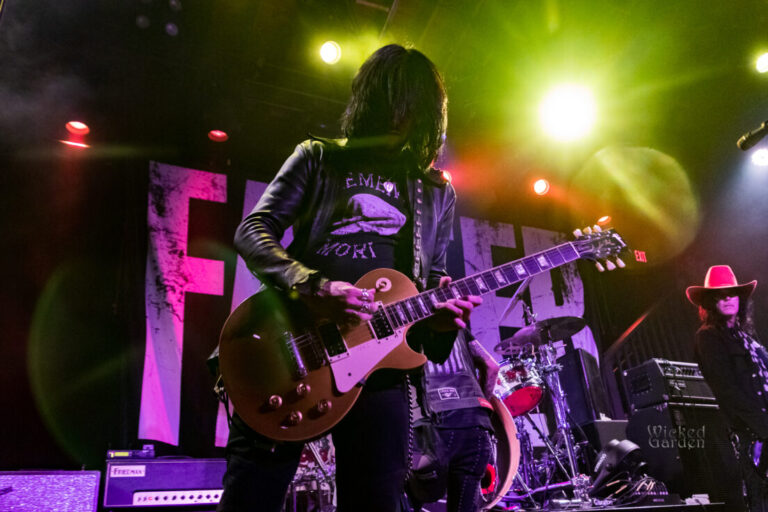 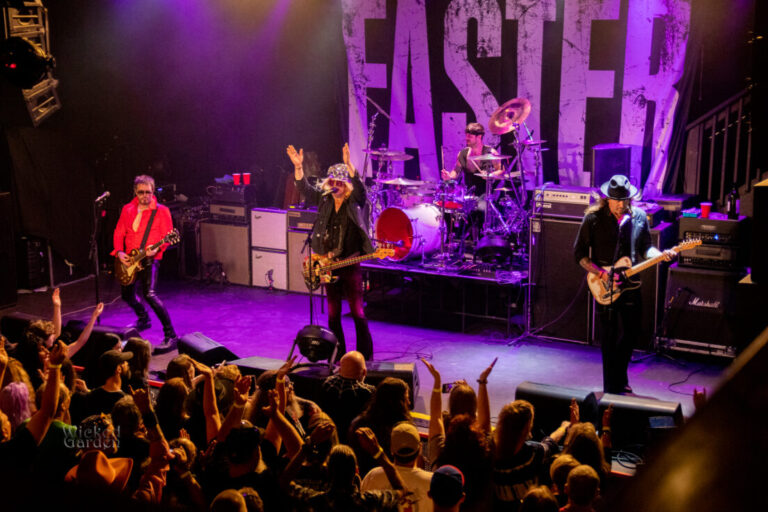 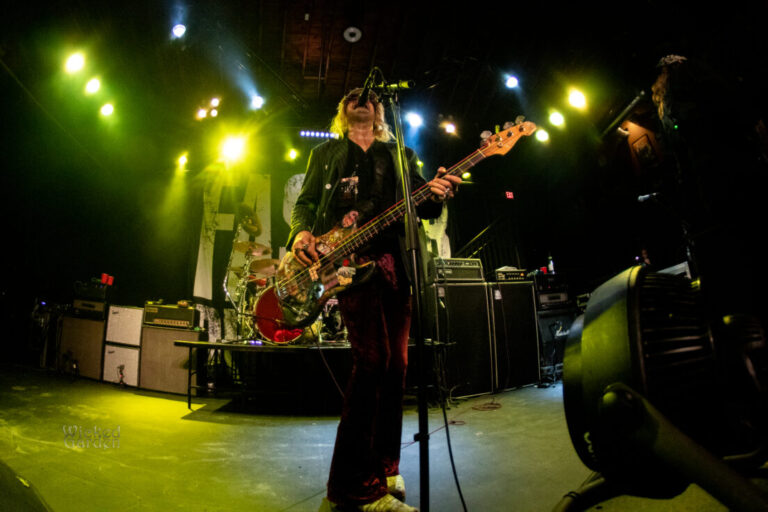 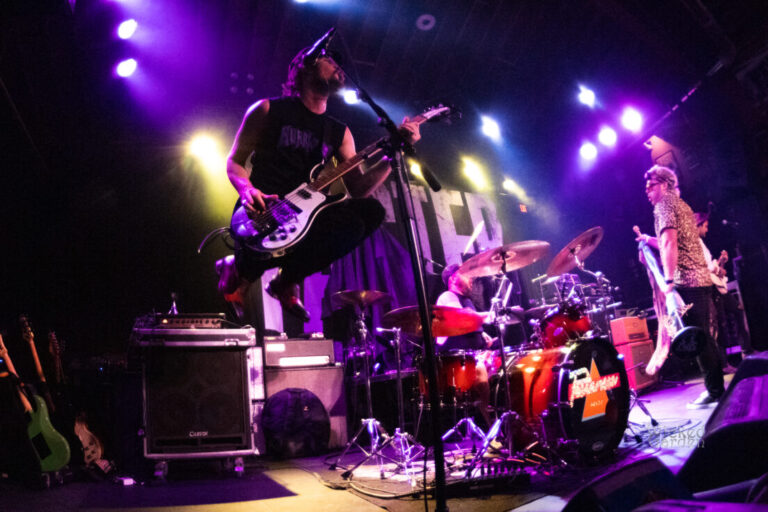 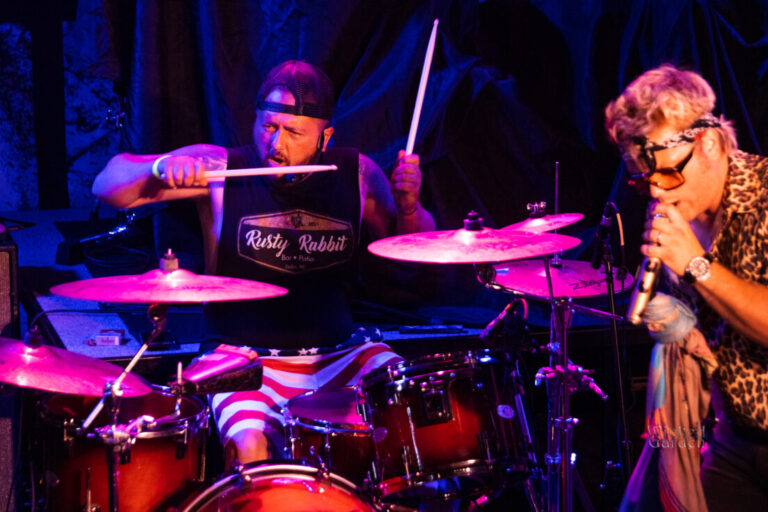 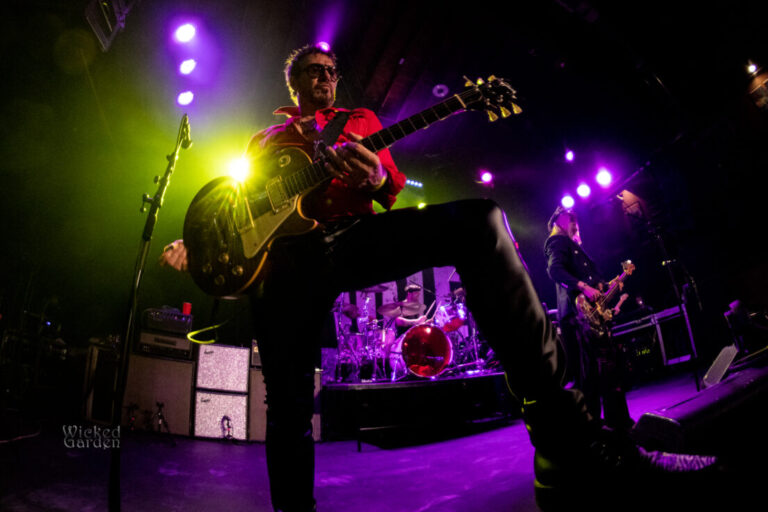 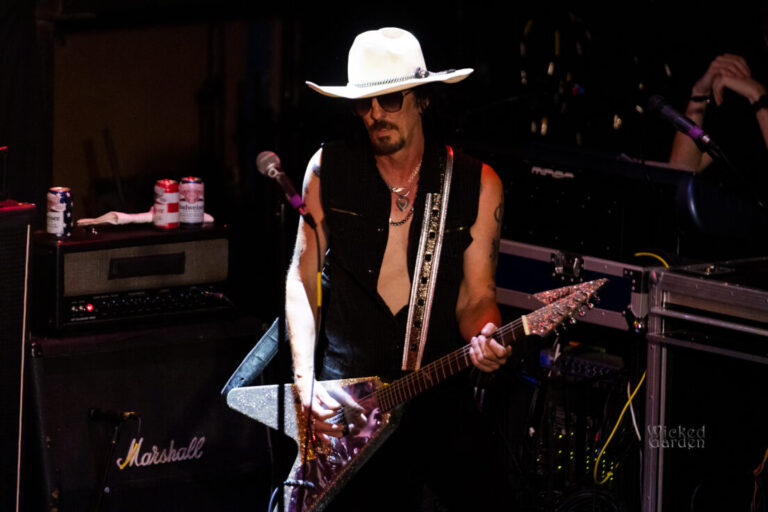 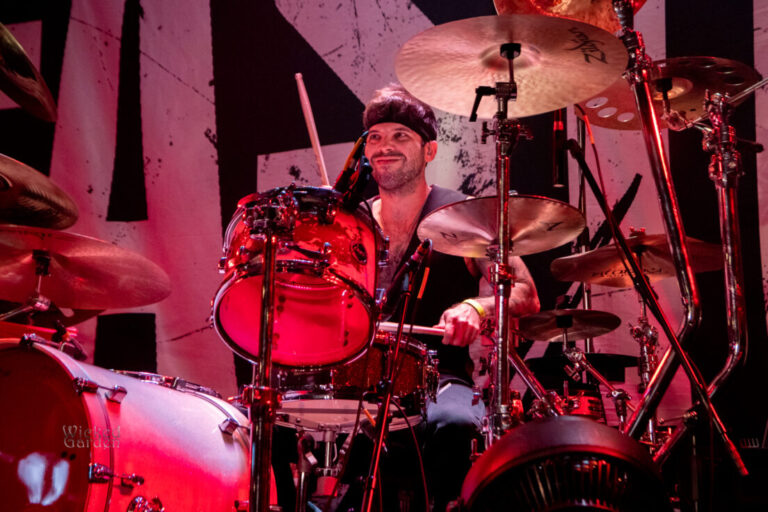 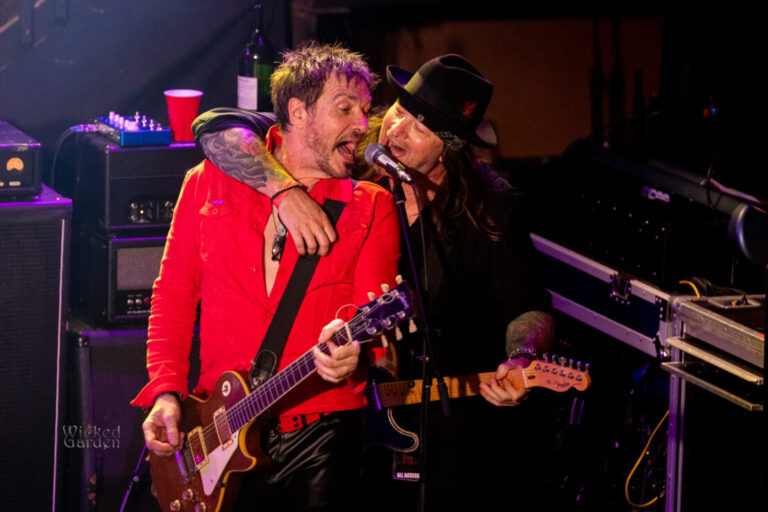 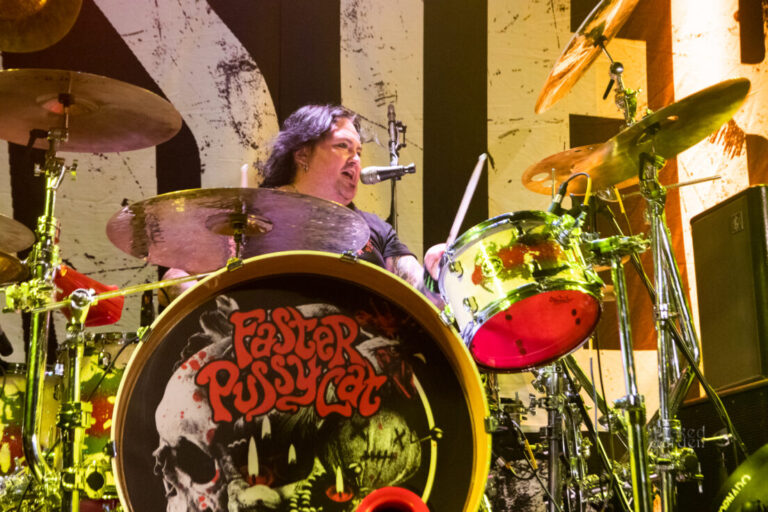