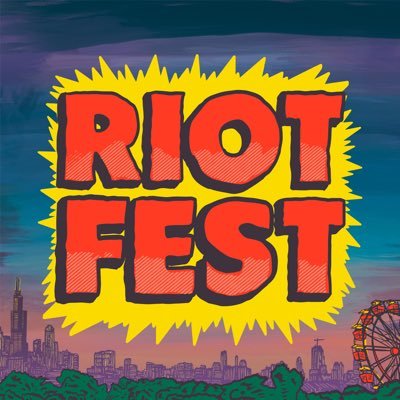 Chicago, IL — Riot Fest makes its triumphant return to Chicago September 17 – 19. This year promises to make up for the year we missed due to that which shall remain nameless. Taking place in Douglas Park, Riot Fest is bringing an all-star lineup this year featuring headliners Run the Jewels, Nine Inch Nails, and Chicago legends Smashing Pumpkins. 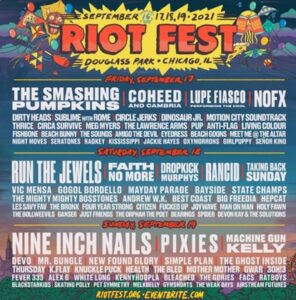 However, it’s not just the headliners that are getting critical acclaim, other artists, on the lineup include Fishbone, Machine Gun Kelly, Taking back Sunday, The Pixies, Vic Mensa, New Found Glory. As the official end of the summer festival, Riot Fest is a must-attend event. It brings together the best the city has to offer and combines it with a stellar lineup. Not to mention that the weather in Chicago is usually absolutely perfect that time of year. If you want to get every last drop of fun out of summer, then Riot Fest is a no-brainer.

Although 3-day passes have sold out, a few single-day tickets are still remaining. You can get tickets and full lineup at https://riotfest.org