CHARLOTTE, NC —A beautiful, though hot, summer day set the perfect mood for a Friday evening show to end the week. The sun began to set, making way for a nice breeze just in time for the night’s opening act, Flock of Dimes, to hit the stage. Front woman Jenn Wasner even commented on the well-timed gusts of air. 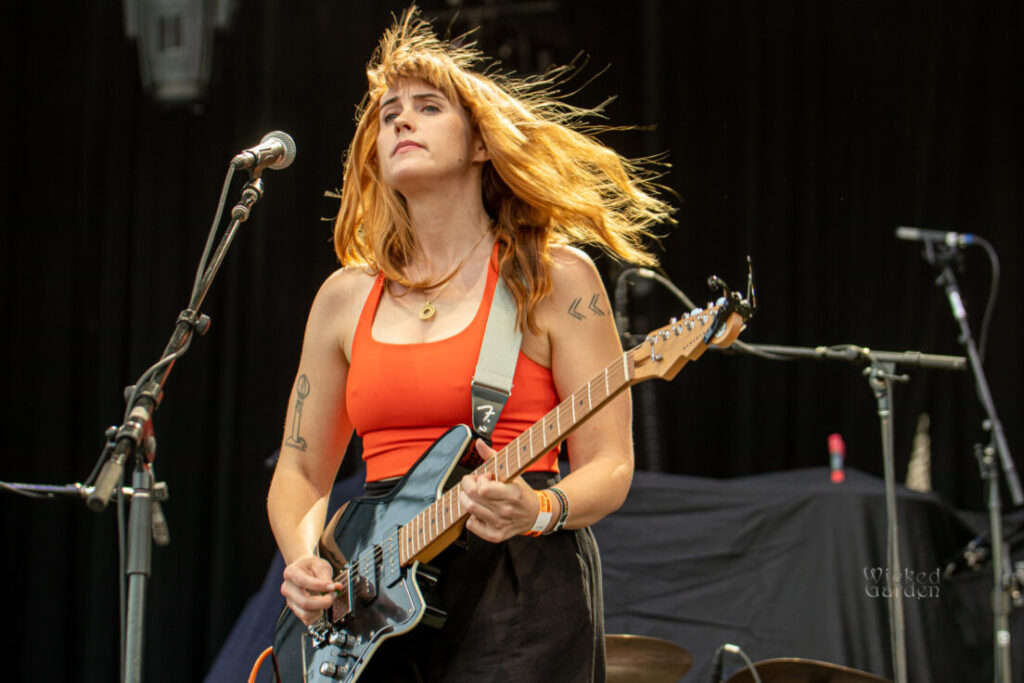 The band began their set with a droning ambient guitar and vocal performance of “Two Heads” as the band joined her in playing, one by one. Flock of Dimes is a solo project of Wasner, who is also known as a founding member of the indie band Wye Oak. They played a 40-minute set, with the audience growing by the minute. Their show was the perfect warm-up for My Morning Jacket, with a similar dynamic and atmospheric vibe. By the time they reached the booming bass of their upbeat closing tune, “Minor Justice,” the band had certainly picked up some new fans.

The sun completely disappeared by the time the lights went down for My Morning Jacket to take the stage. The venue had quickly filled up just in time for the opening chords of “Regularly Scheduled Programing,” the live debut of the single released earlier in the week. That would be the first of seven songs to have their first ever concert appearances in the night’s show. 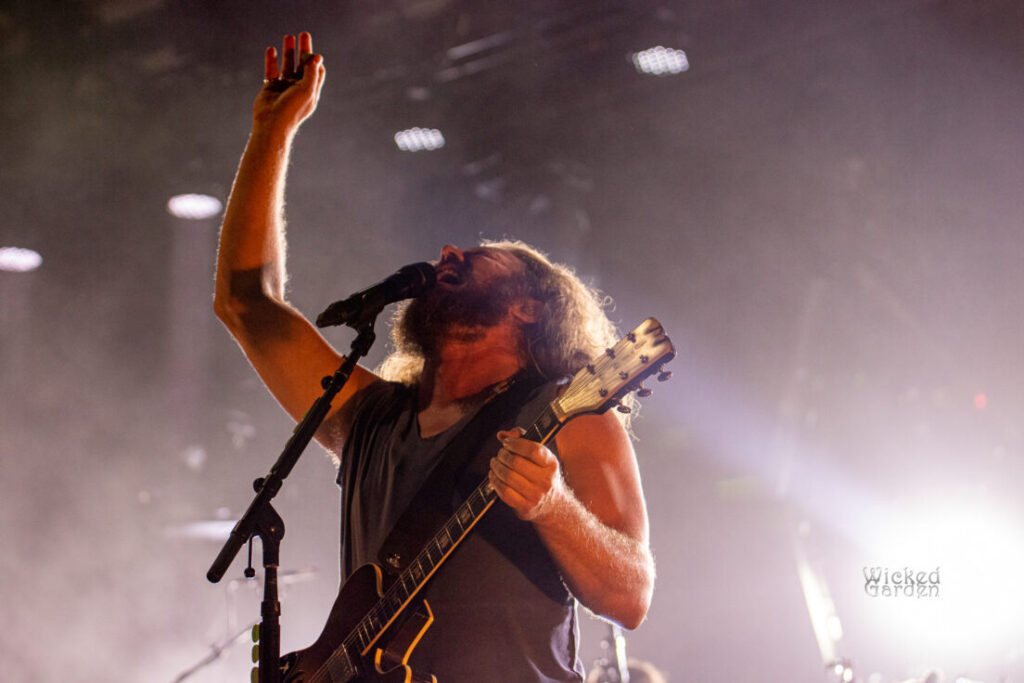 Back lit by large diamond-shaped LEDs, the band filled the air with their trademark jangly guitars and cavernous reverb. Vocalist/guitarist Jim James, known for pointing his microphone upwards to allow him to sing towards the sky, brought his usual charismatic stage presence to the band’s first regular show in two years. As usual, their setlist was unpredictable, covering their entire discography, showing no preference to any particular album or singles. The audience didn’t seem to mind one bit, as the start of every song was greeted with enthusiasm. 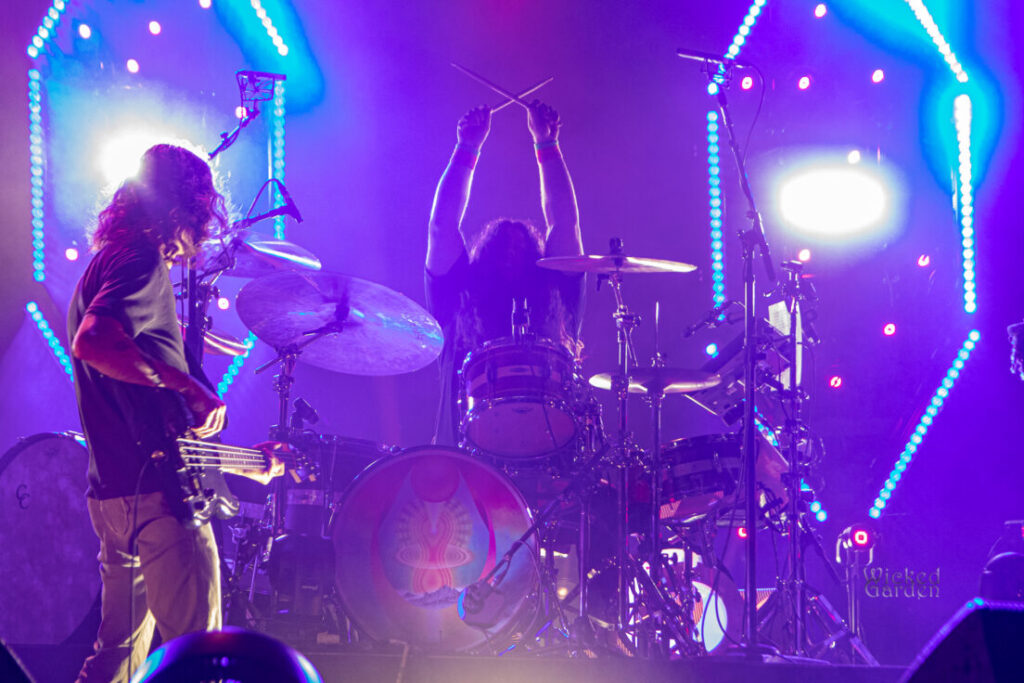 The group took the crowd on a rollercoaster of feeling as they wove upbeat tunes like “Climbing the Ladder” and “I’m Amazed” with slower Pink Floyd-like jams like the 25-minute version of  “Dondante.” The colorful and dramatic light show punctuated every song with a visual intensity to match. The band played for two hours before taking a short break, the well-known cue for the audience to call for one more song. They went beyond with a four-song encore, finally hitting the climax with their 2004 single “One Big Holiday.” Catch My Morning Jacket on tour this fall. 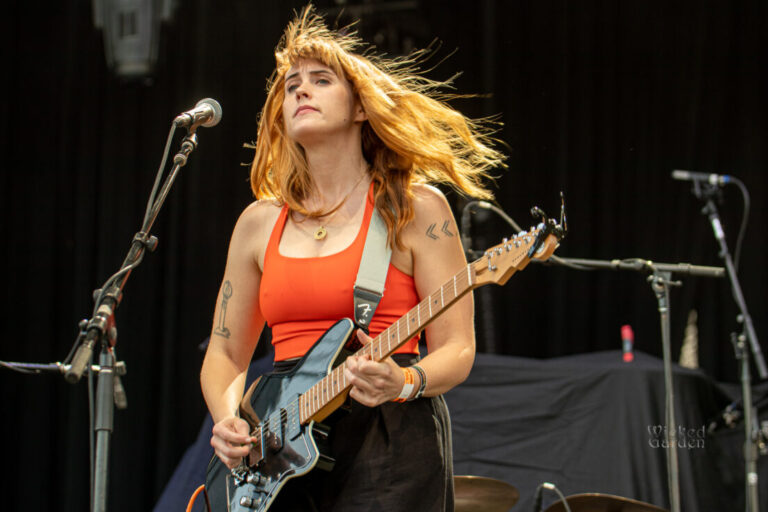 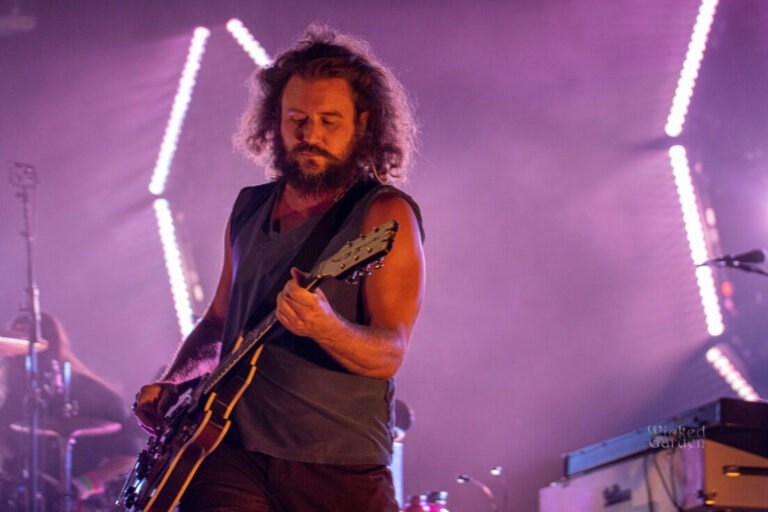 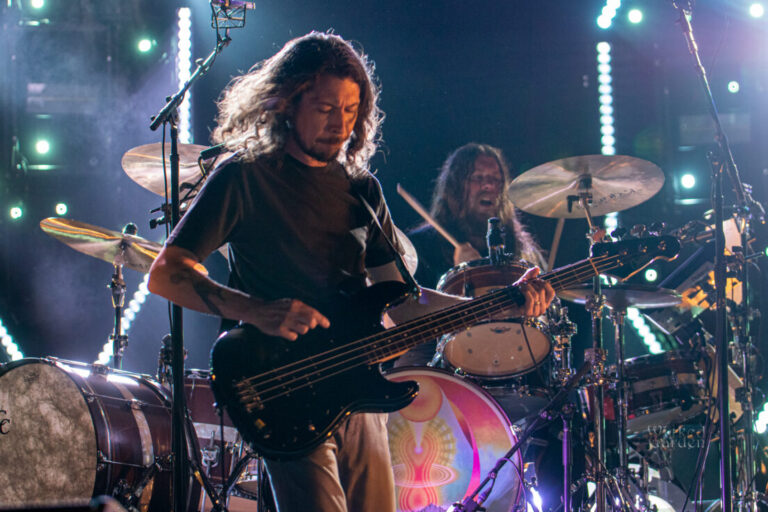 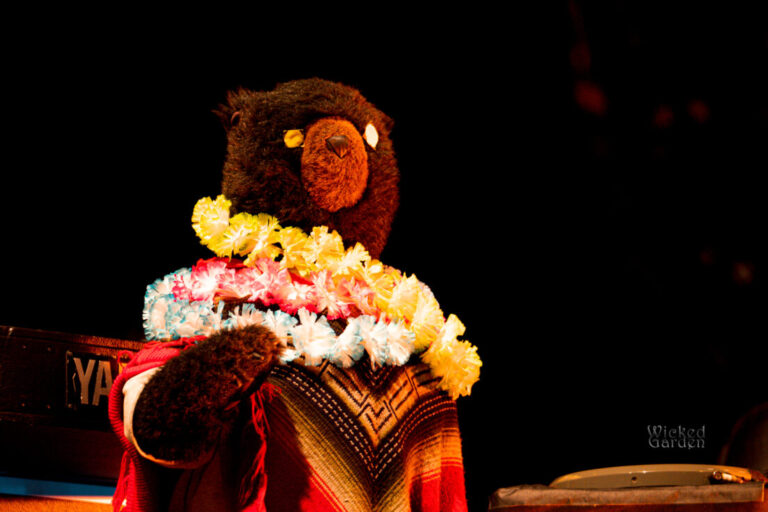 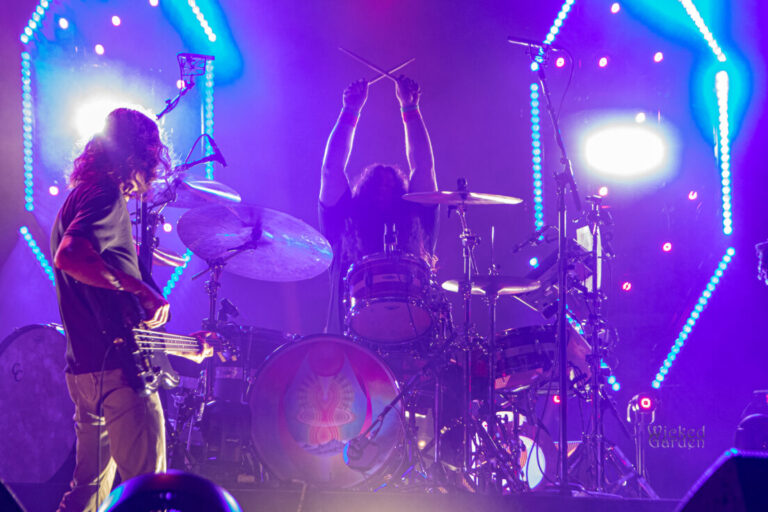 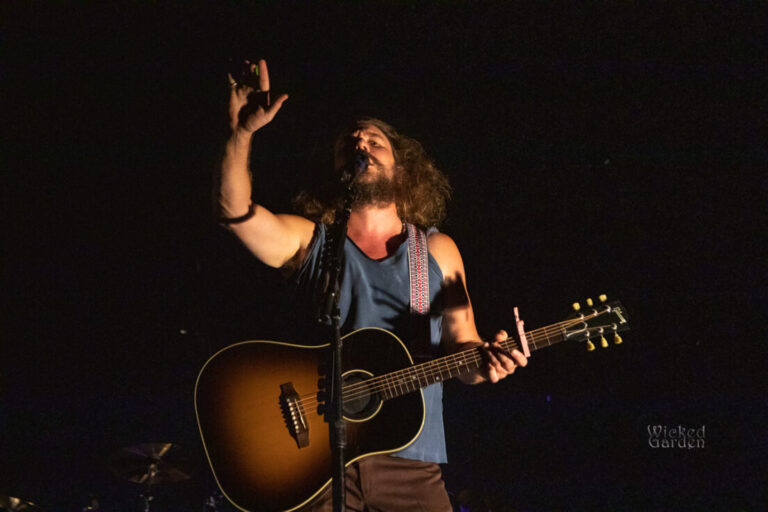 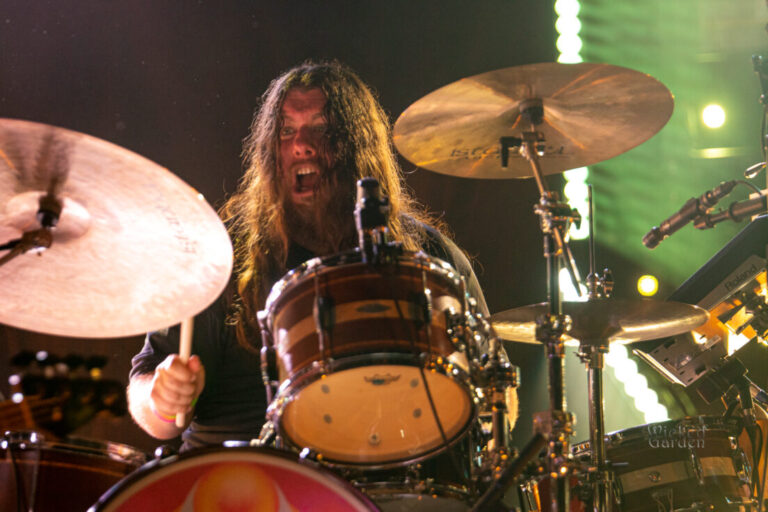 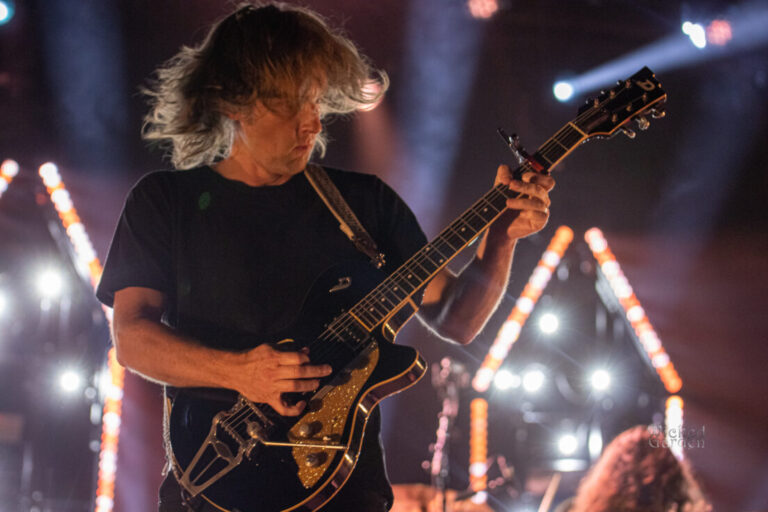 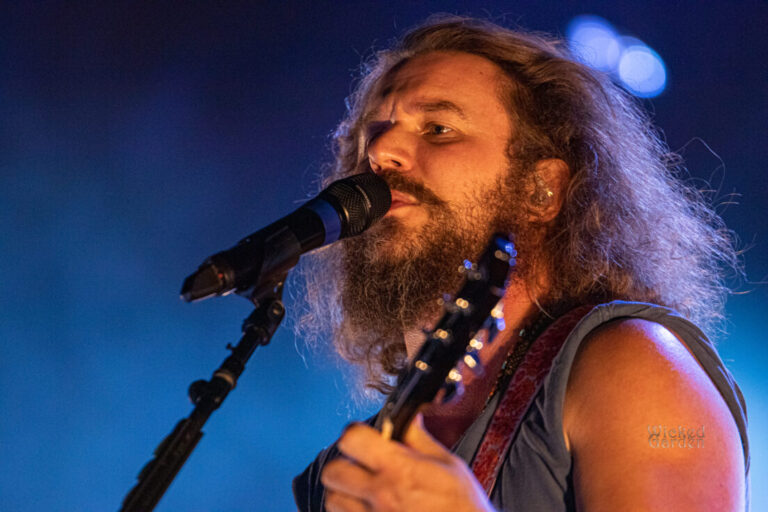 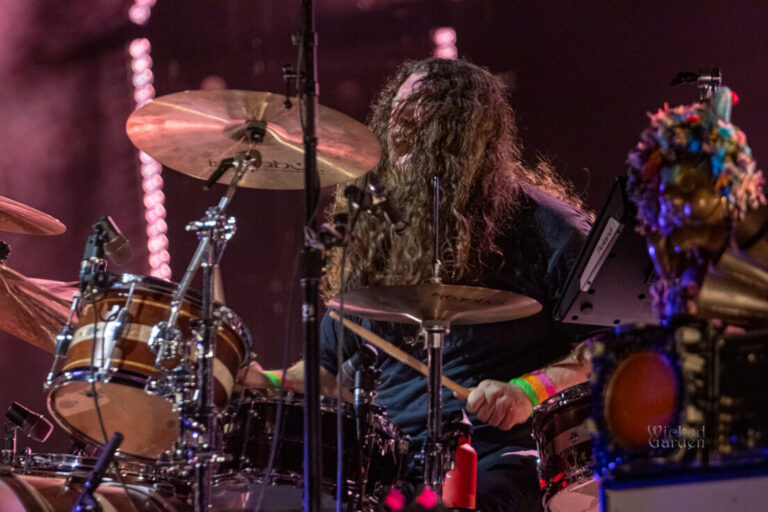 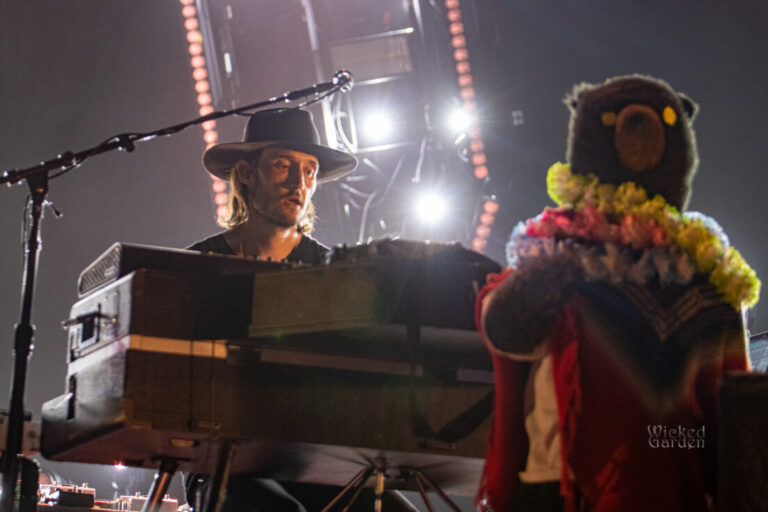 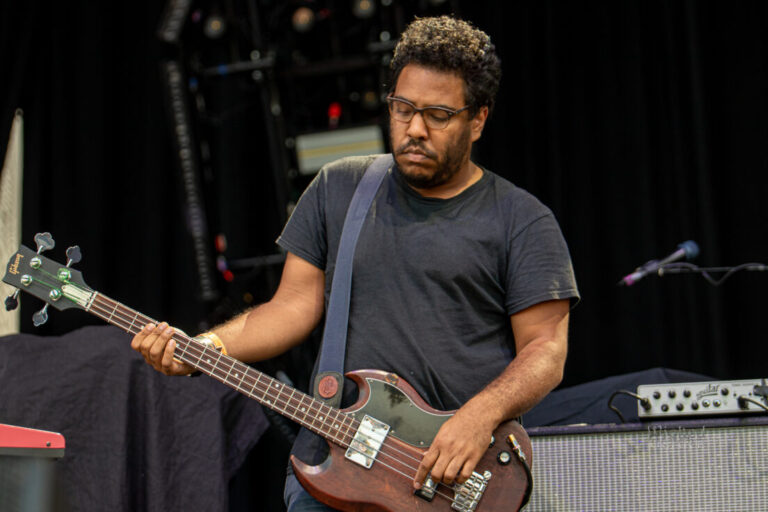 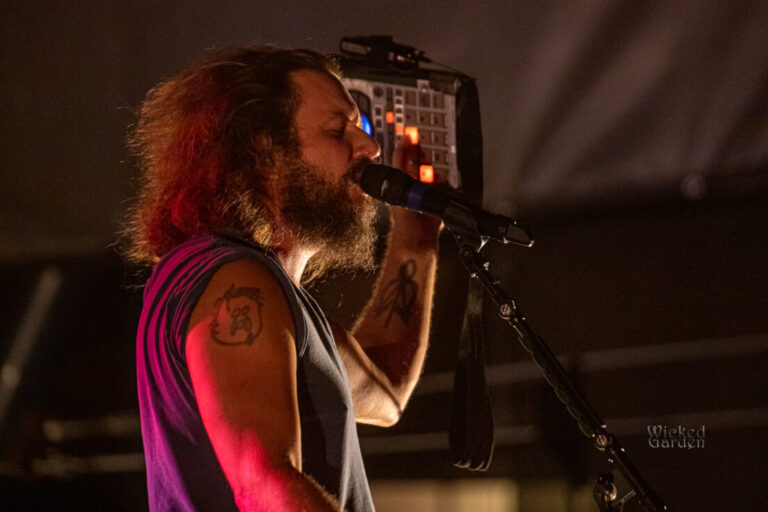 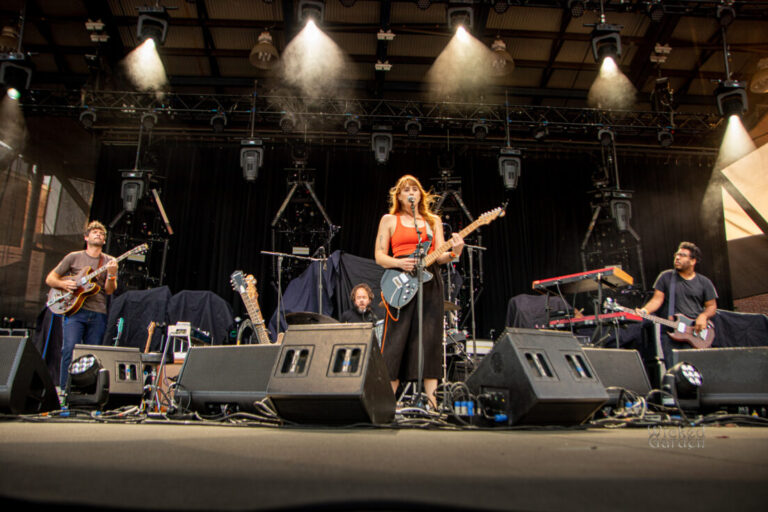 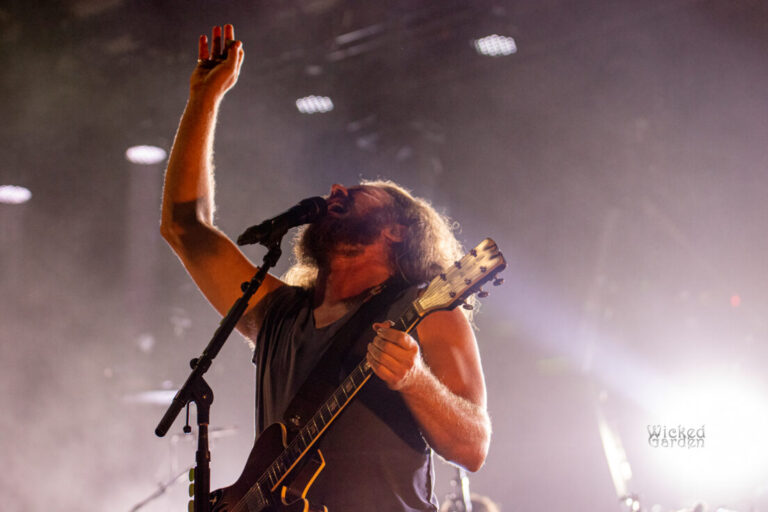 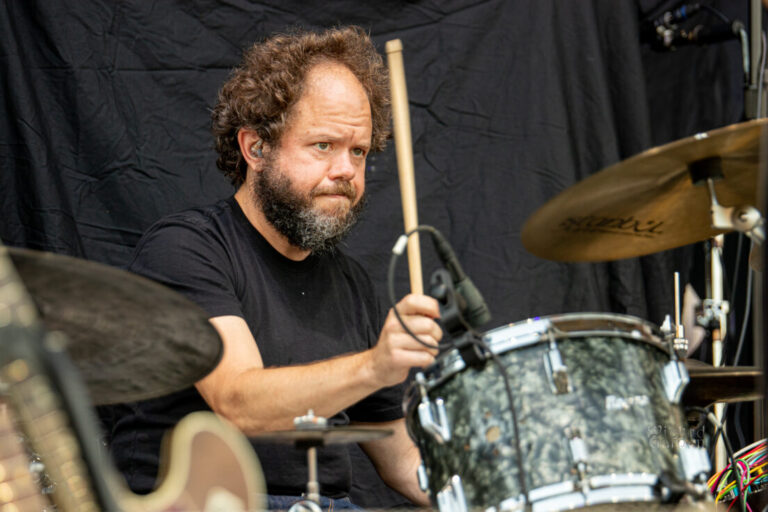 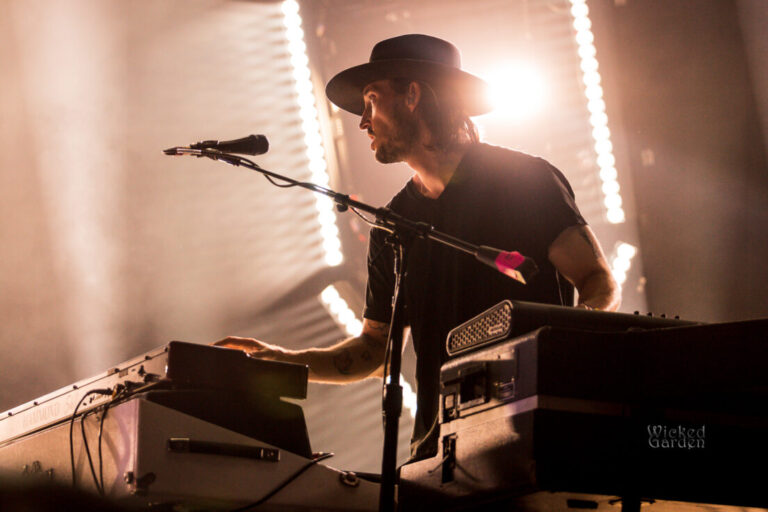 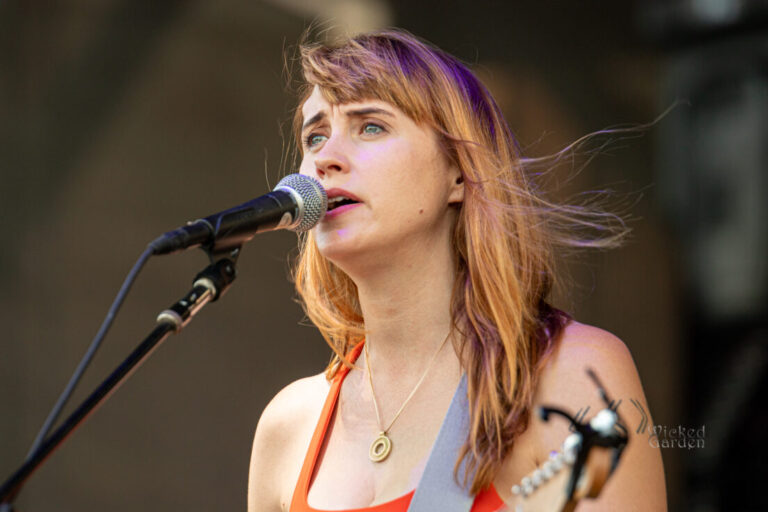 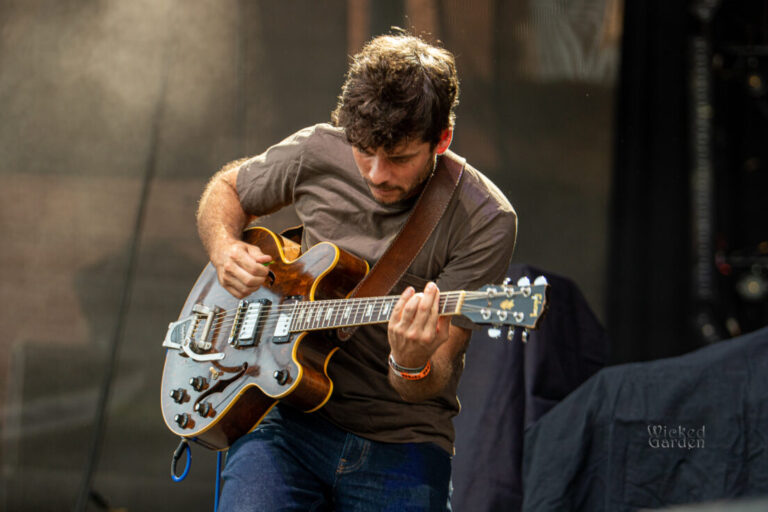 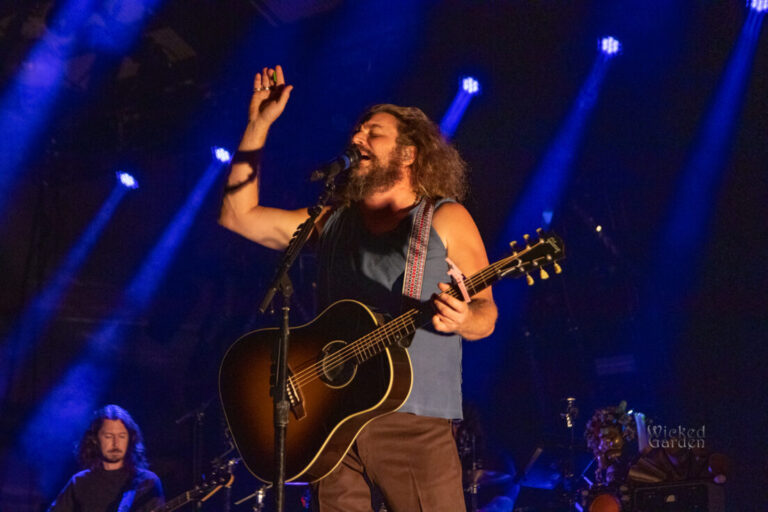