Cincinnati, OH – Following a prolonged pandemic silence, Riverbend Music Center hosted an evening of rock ‘n roll featuring the The Black Crowes.  The crowd was ready for a night of musical revelry and escape.

The Black Crowes reunited for this 30th anniversary tour (delayed by said pandemic for one year) to commemorate the release of their 1990 debut album, Shake Your Money Maker.  The album went double platinum in its first year, propelling this blues rock band on a trajectory that ultimately culminated in eight studio albums and four live albums (with sales exceeding 35 million records!)  The founding brothers, Chris Robinson on lead vocals and Rich Robinson on guitar, decided to part ways in 2013 and pursue separate projects (The Chris Robinson Brotherhood, The Magpie Salute).

It was with some anticipation that the crowd awaited the band’s performance.  Could the magic be revived?  Could the brothers light up the stage with the music and enigmatic presence that they brought to their earlier shows?

The stage was designed to resemble an old-west street scene, complete with a saloon in the far corner where, as the performance was about to start, the band members assembled on barstools with their backs to the audience, almost imperceptible to the fans, enjoying a drink.  A mysterious person quietly and unobtrusively entered the stage, an open umbrella with the Black Crowes’ emblem obscuring his or her identity, ultimately sitting meekly in front of the drum kit, the umbrella top facing the audience.

Then… it happened!  The band stood up from their barstools, picked up their instruments, walked on stage to delighted applause, and the show started.  The umbrella was lifted to reveal Chris Robinson, who careened across the stage with flash and charisma, and the show never let up from that moment on.  He traded the umbrella for a mic stand, which he used like an extension of his being, raising it, twirling it, spinning it.  An expert showman throughout the performance.

Each show on the Shake Your Money Maker Tour starts with the band performing the Shake Your Money Maker album in its entirety, followed by extra hits.  Performances from all musicians were exquisite, including Sven Pipien (bass), Isaiah Mitchell (guitar), Joel Robinow (keyboards) and Brian Griffin (drums).  The vocals by Chris Robinson were spot on and delivered with flair and flash.

Song after song, from the well-known (“She Talks to Angels”) to the lesser known (“Struttin’ Blues,” which Chris Robinson said could now be played because he was wearing his silver shoes…), the band gave a stellar performance.  Chris was more dramatic and demonstrative, and Rich was more stoic, though he flashed an occasional smile that lit up his face.

It was an enchanted evening of music that left fans singing and cheering.  During “Thorn in My Pride,” ironically, the venue’s power went out twice, for perhaps 10-15 seconds each time.  A bit unexpected, a little eerie, but certainly something to remember…

A shout out to the opening act for this tour, Dirty Honey, who were nothing short of spectacular in their own right.  An emerging band from Los Angeles, they are comprised of Marc Labelle (lead vocals), John Notto (guitar), Justin Smolian (bass), and Corey Coverstone (drums). As a testament to their star power, their 2019 single “When I’m Gone” hit #1 on Billboard’s Mainstream Rock chart, making Dirty Honey the first unsigned band to top the chart. From a live performance perspective, they have the stage presence of a more seasoned band.  Literally, Labelle’s closing note of the set (“Rolling 7’s”) was eerily reminiscent of Axl Rose’s iconic piercing closing note from “Sweet Child o’ Mine.”  Brought chills.  Look for great things to come for this band.  One day, you’ll say, “I saw them open for The Black Crowes in 2021.”  They’re headlining their own shows starting late September.

The Shake Your Money Maker Tour goes non-stop stateside into late September, and then the band heads to Europe in October.  Check The Black Crowes’ website for more information: https://theblackcrowes.com/#tour . 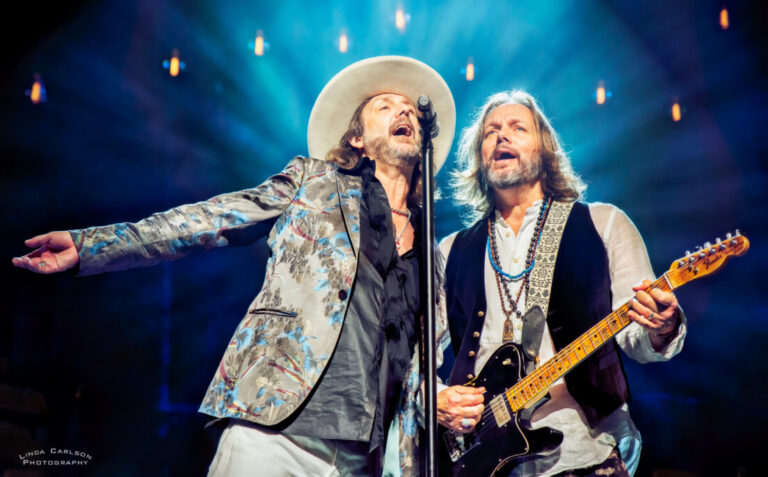 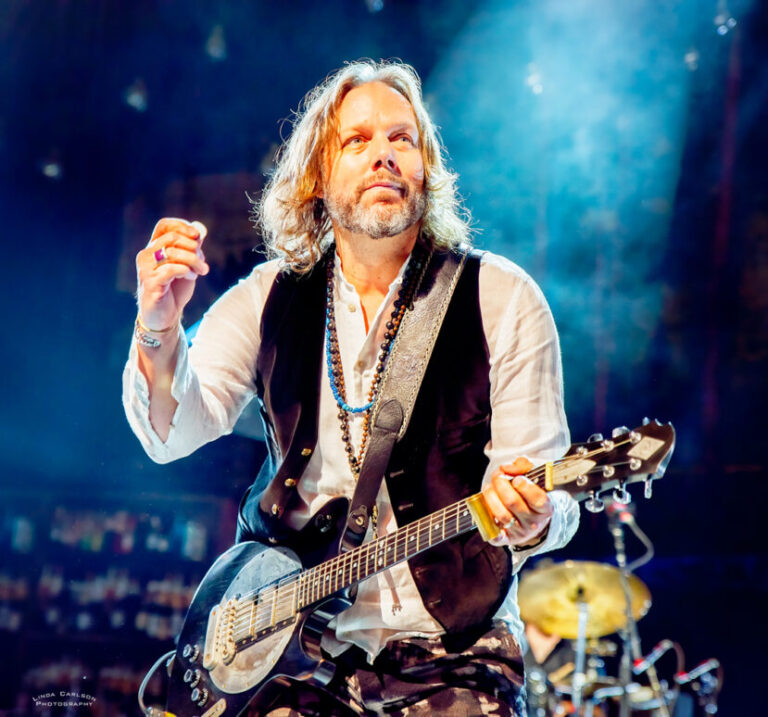 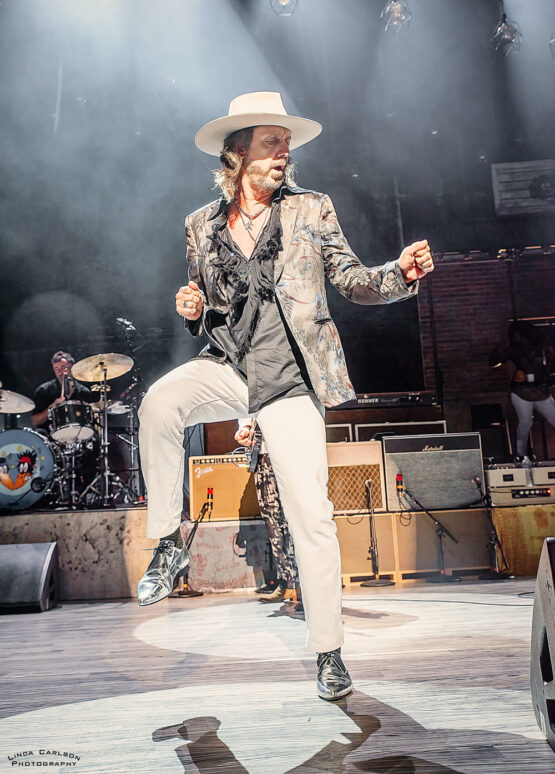 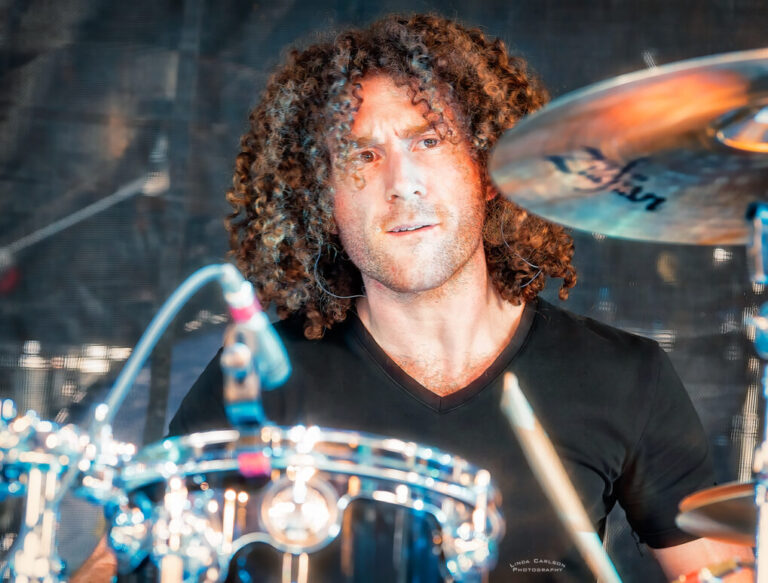 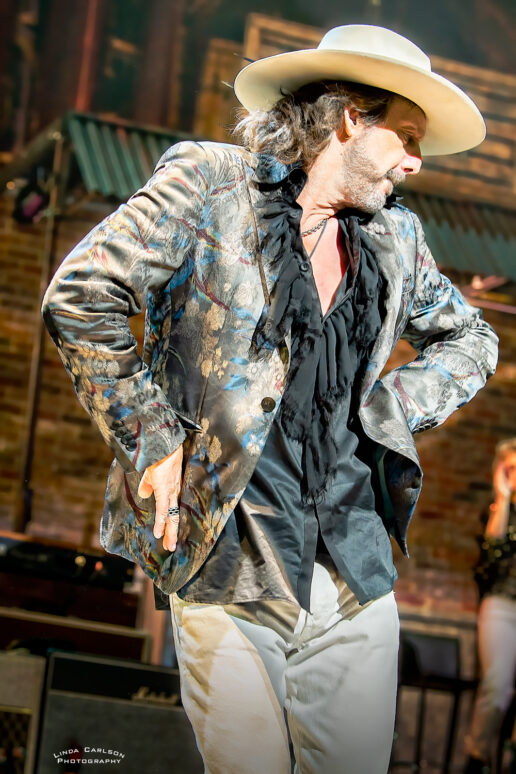 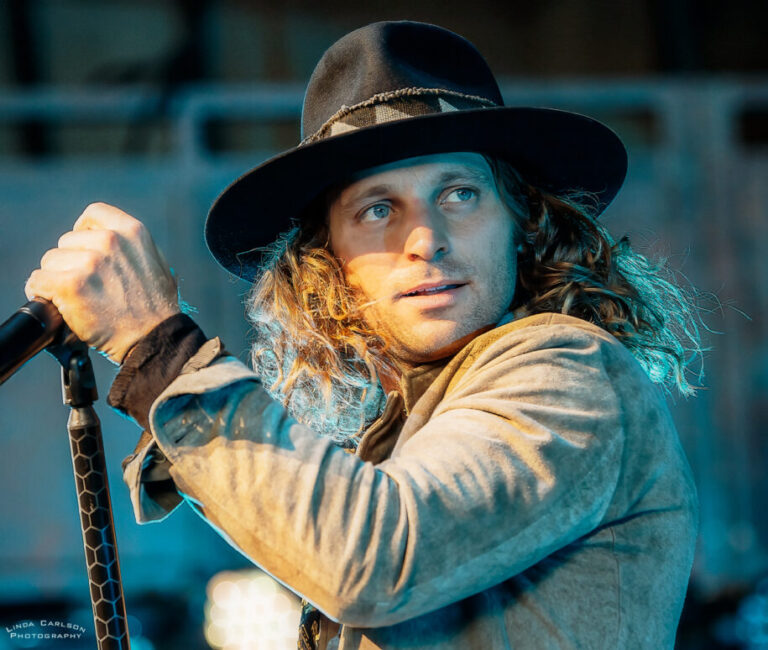 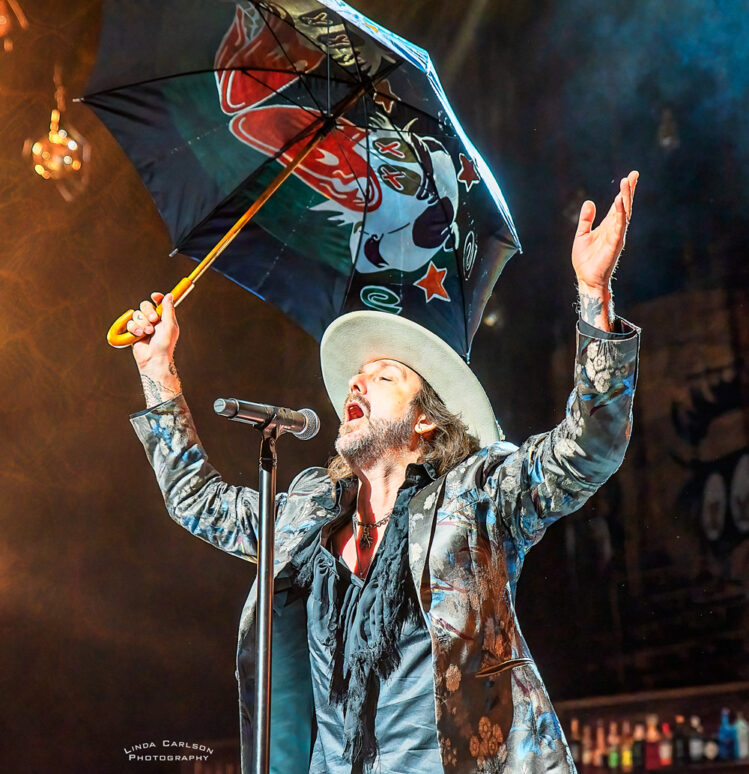 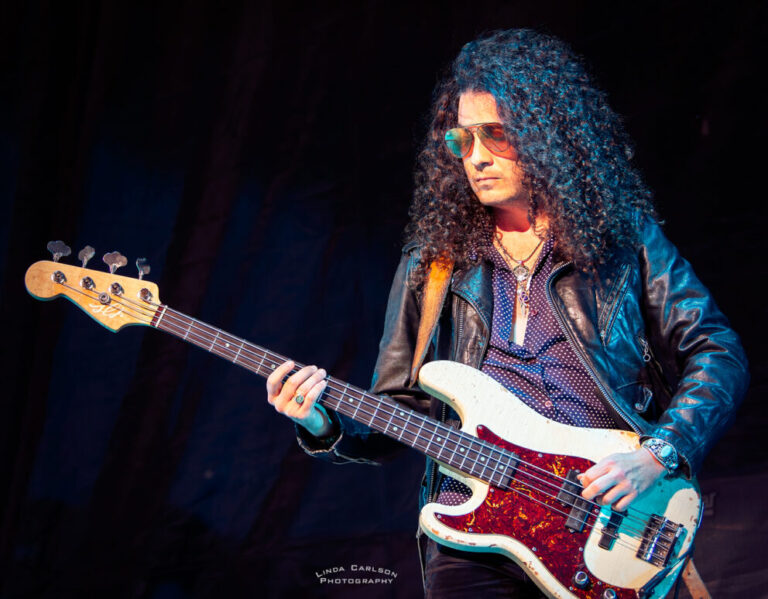 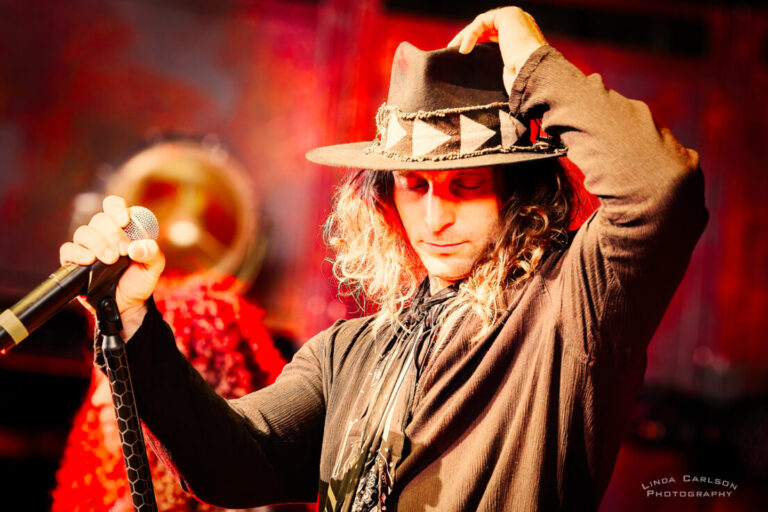 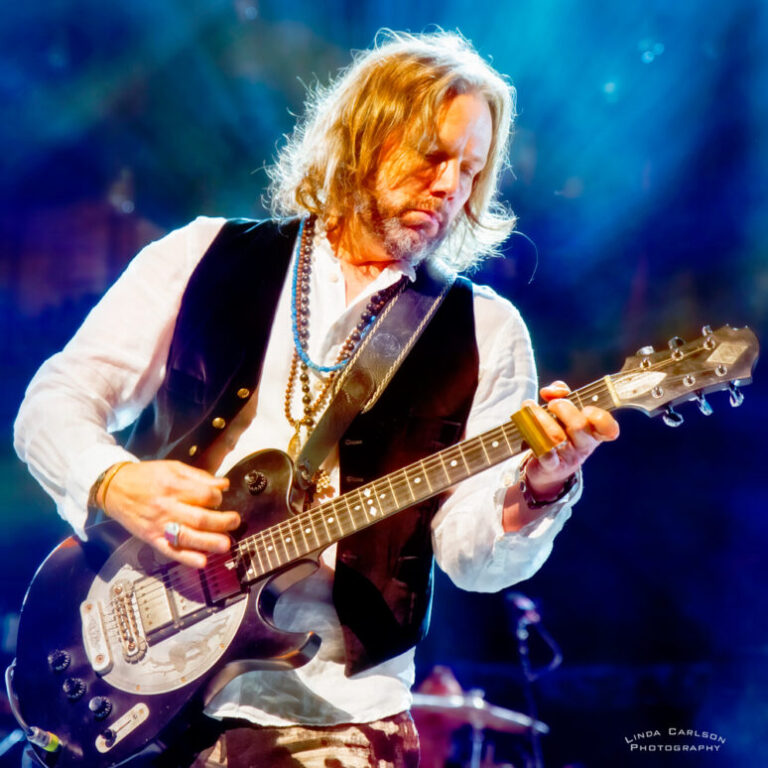 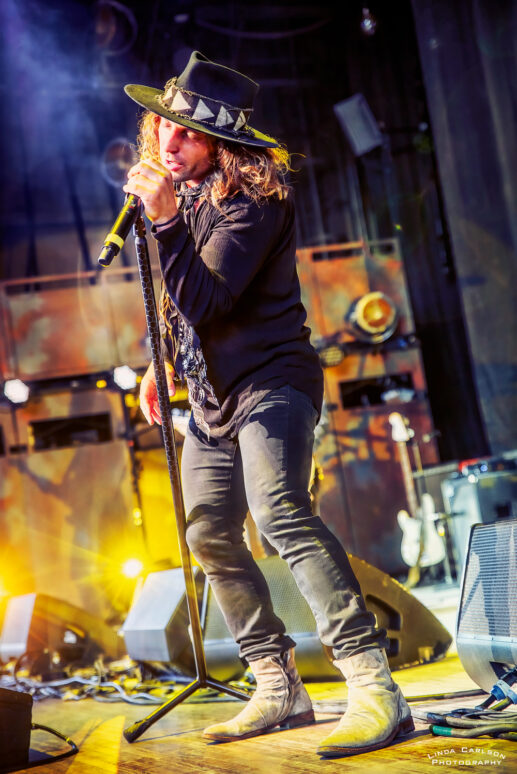 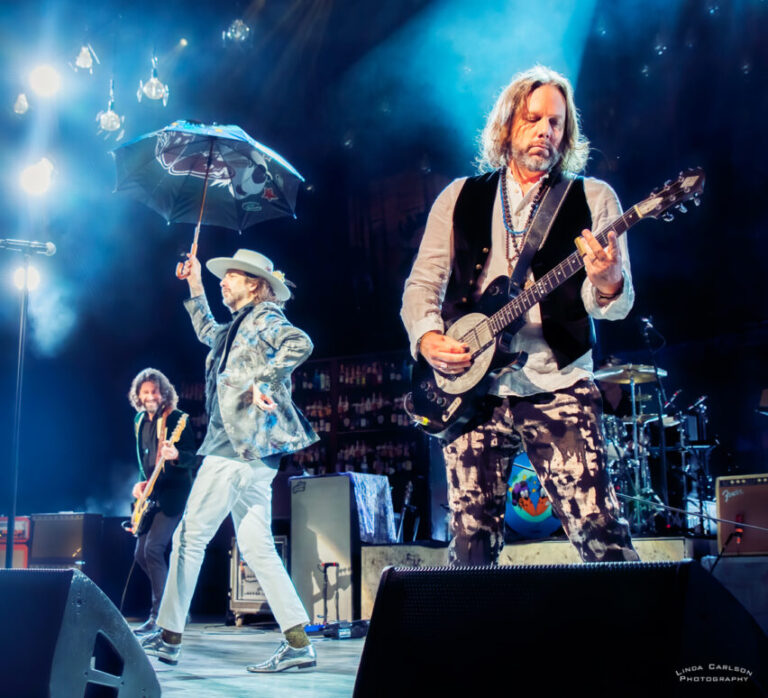 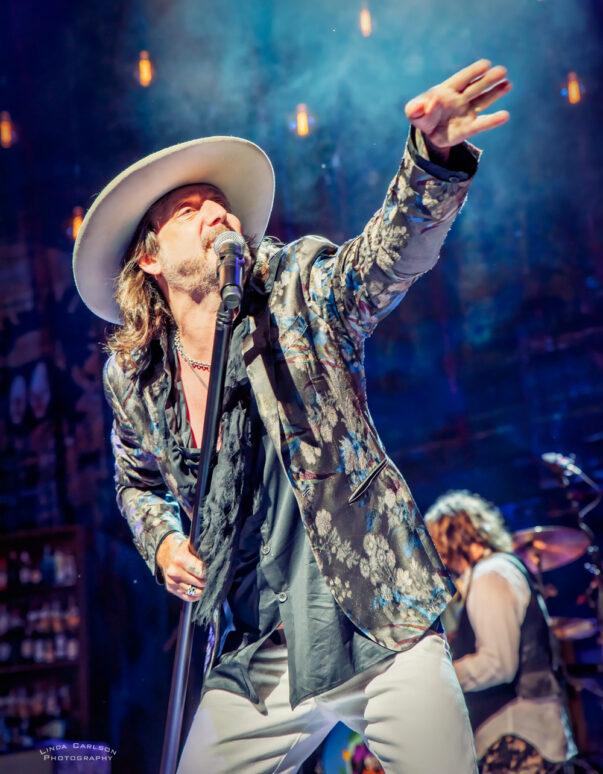 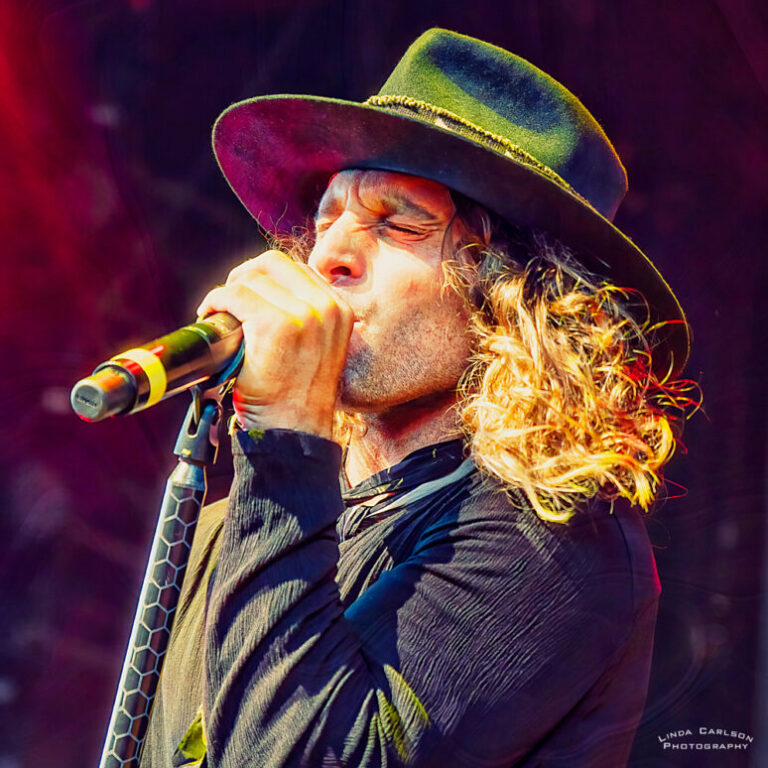 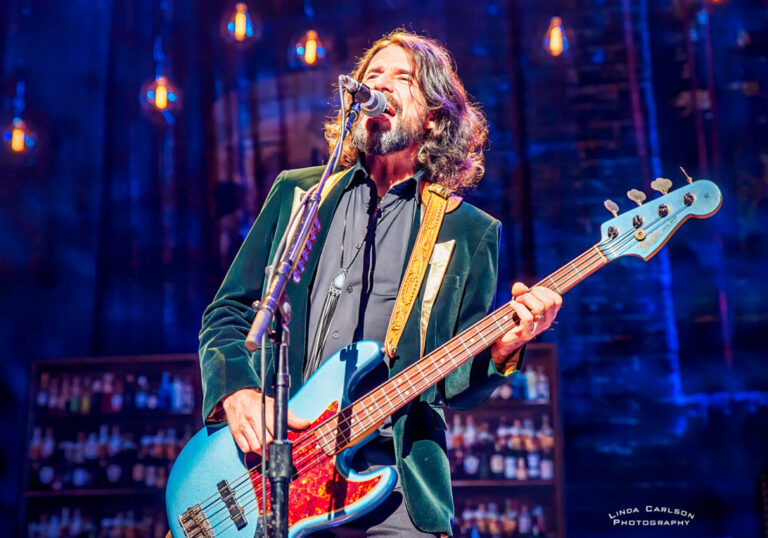 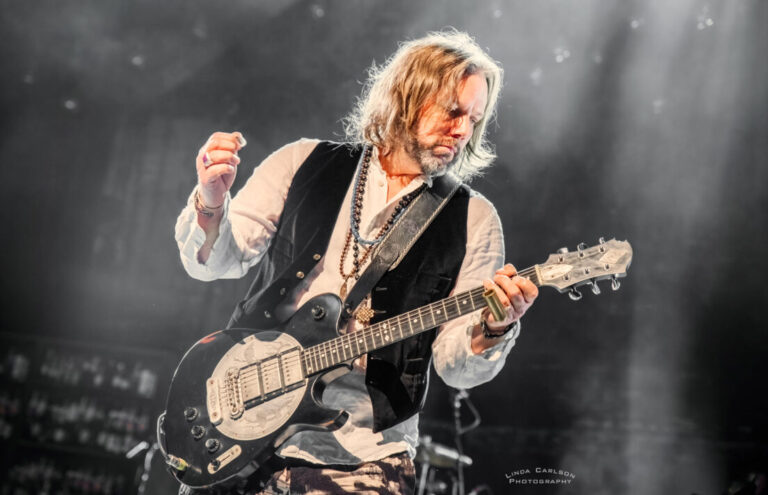 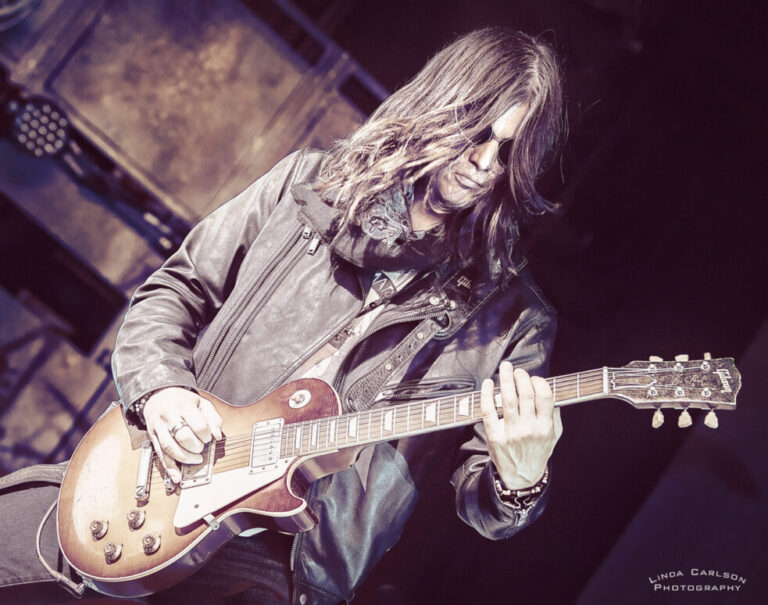 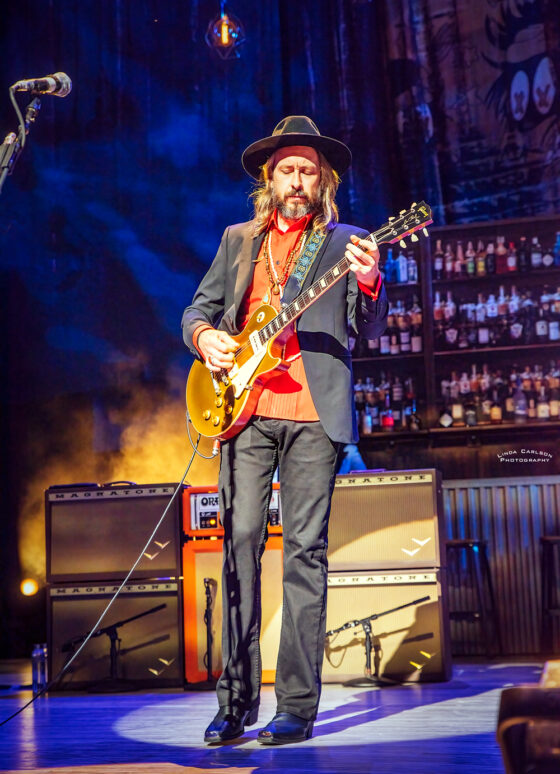 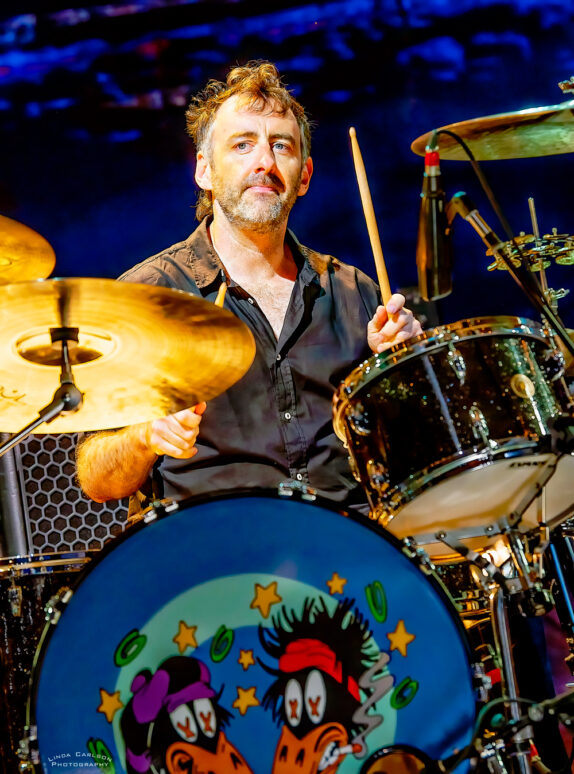 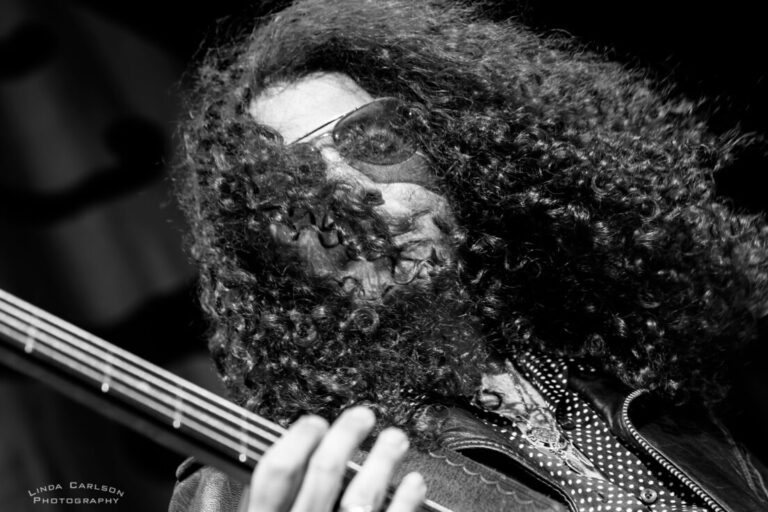 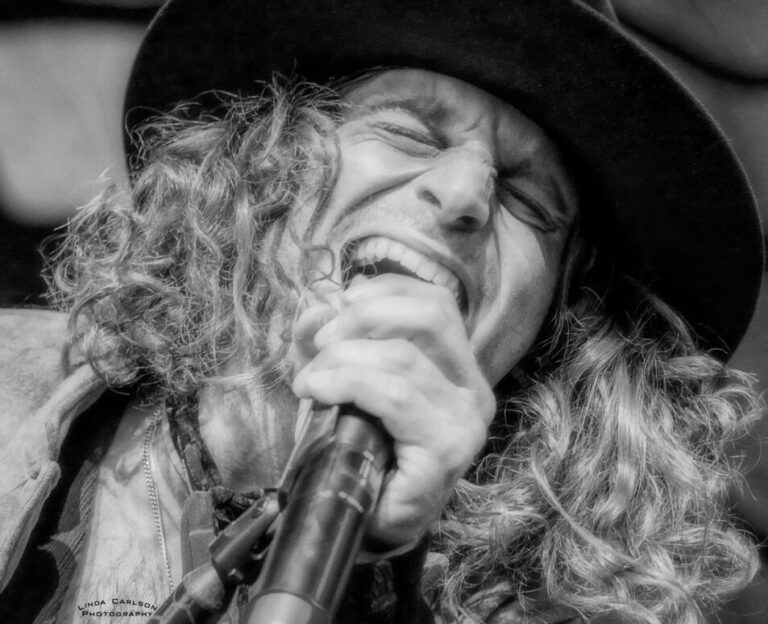