THE WOODLANDS, TX- One of the most anticipated touring acts this summer for the hard rock and metal crowd, who have had no choice but to wait patiently for the return of live music, is the cleverly-named “Summer Tour 2021” featuring co-headliners Korn and Staind. Luckily for the fans of Houston, Texas, their wishes were granted on this warm late-summer evening at the Cynthia Mitchell Woods Pavilion. 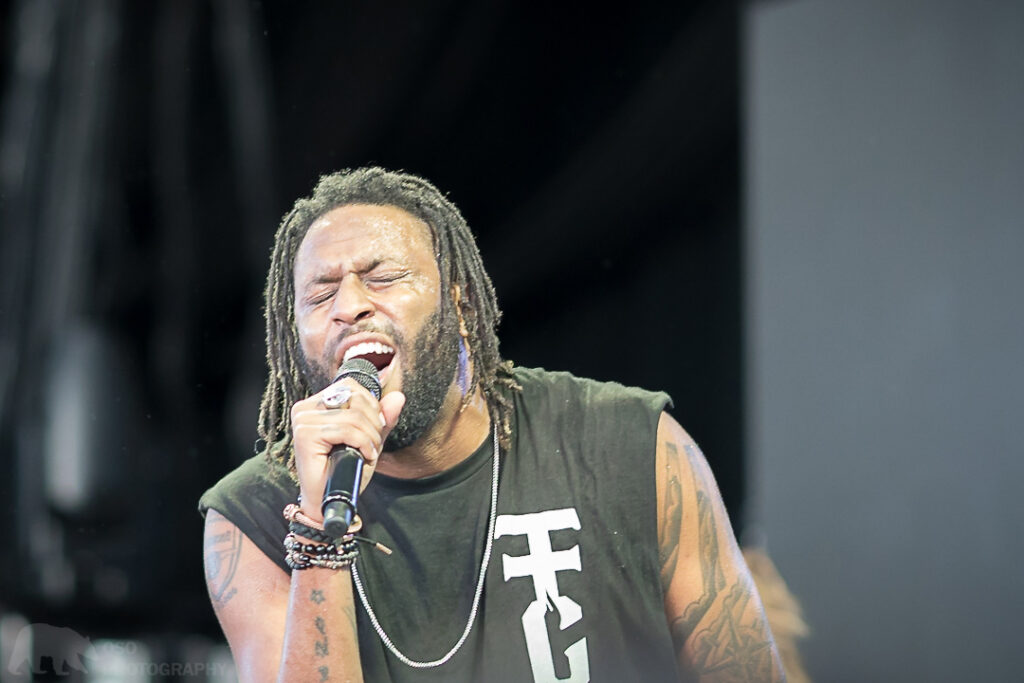 Opening act Fire from the Gods, which hail from Austin, Texas, kicked off the party by delivering their unique blend of metal and hip-hop, firing up the crowd with hits such as “Right Now” and “Excuse Me”. As an opening act they dutifully did their job and set the tone for the evening with their electrifying performance, exciting the crowd for co-headliners Staind. 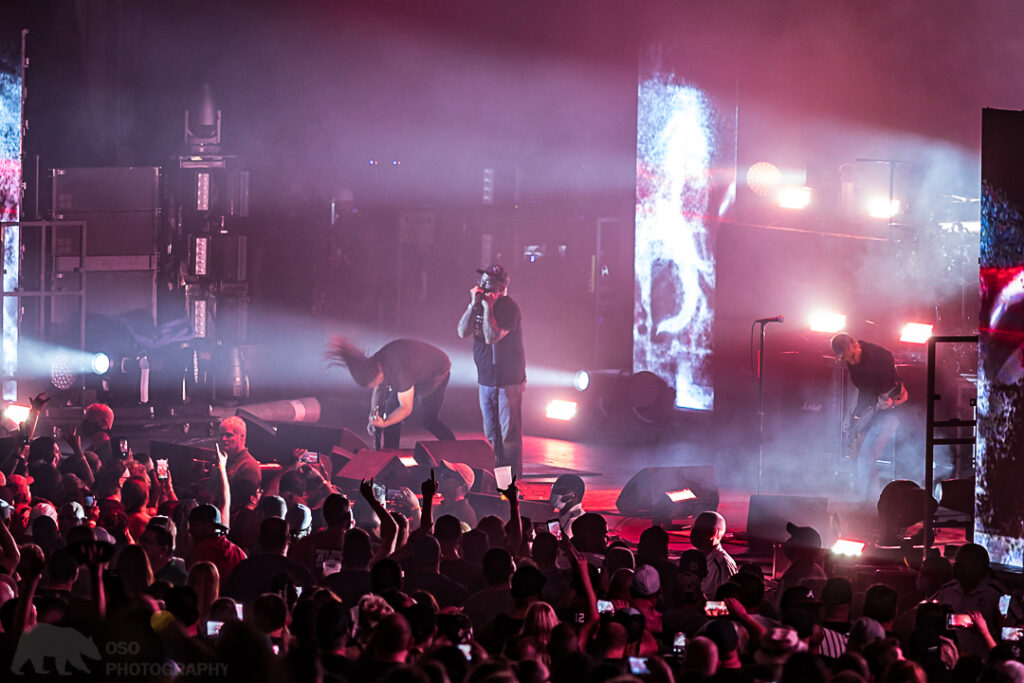 The sun was setting over the enthusiastic crowd by the time Staind took the stage, starting their set with “Eyes Wide Open” from their latest studio album Staind. As the sunlight gradually receded and darkness took over, Staind kept rolling out head-banging hits spanning their 25+ year career, with most songs from their sophomore album Dysfunction and their mega-successful 2001 release Break the Cycle, which catapulted them into mainstream success in the early-to-mid 2000’s. The Massachusetts natives then began to conclude their set with their mellow radio-friendly smash hit, “It’s Been Awhile”, to then switch tempo and finish things off with their hard-hitting “Mudshovel” which with its iconic and recognizable bass lead brought them into the spotlight of fame in 1999. This climactic finale proved why Staind is still a band that attracts crowds even after being somewhat silent during the last decade, but you could never guess that by the energy that was exuded by the crowd, which was both visible and palpable by the rumbling felt on the venue’s ground. 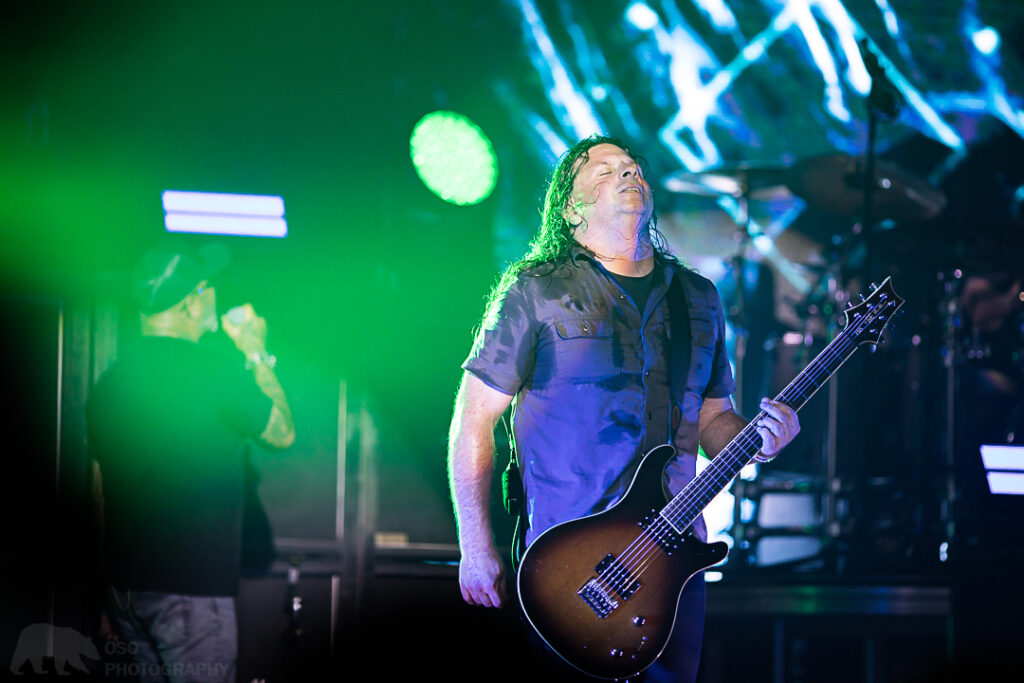 The hour-long show certainly went by fast, but definitely gave everyone in attendance a great performance that will be reminisced until the next time Staind decides to tour. Until then, we will await with patience….or try to. 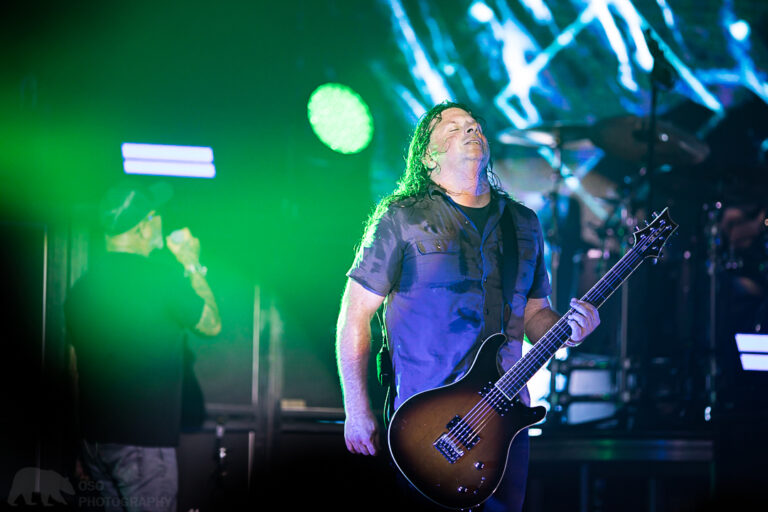 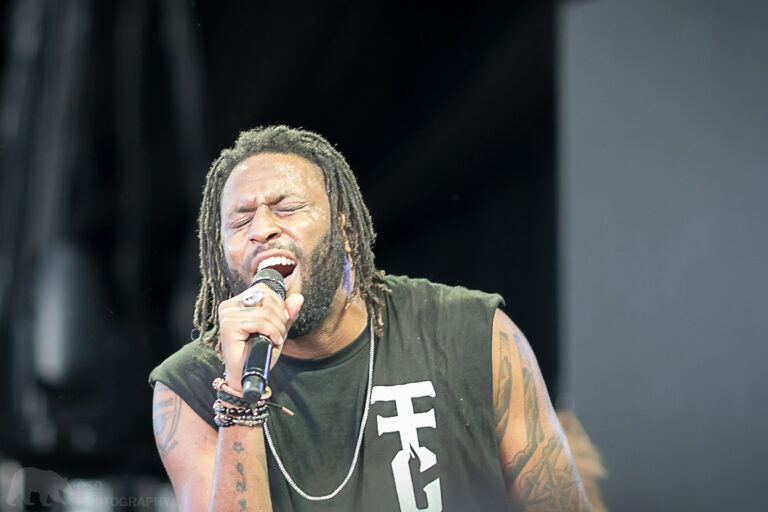 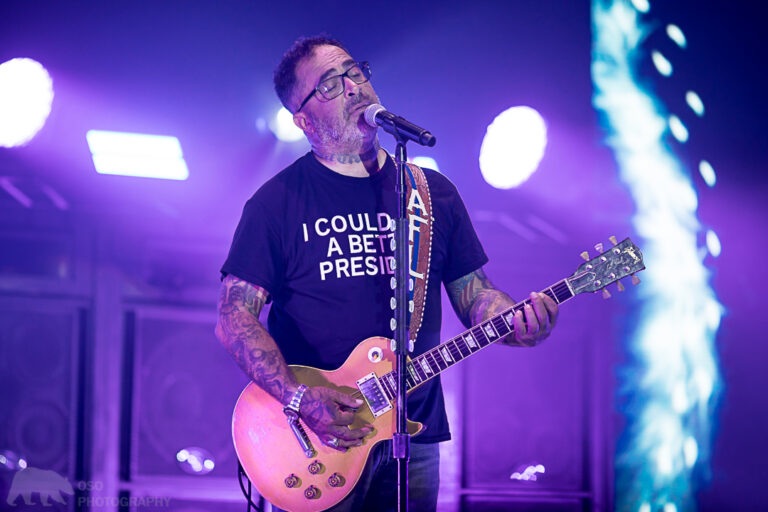 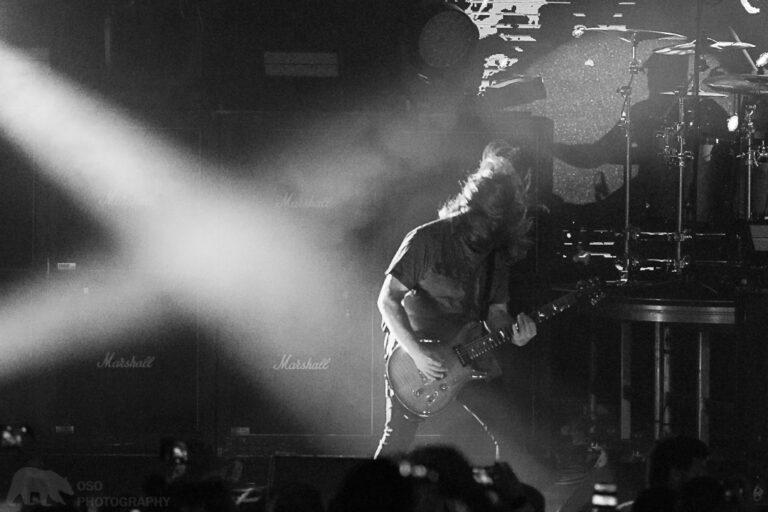 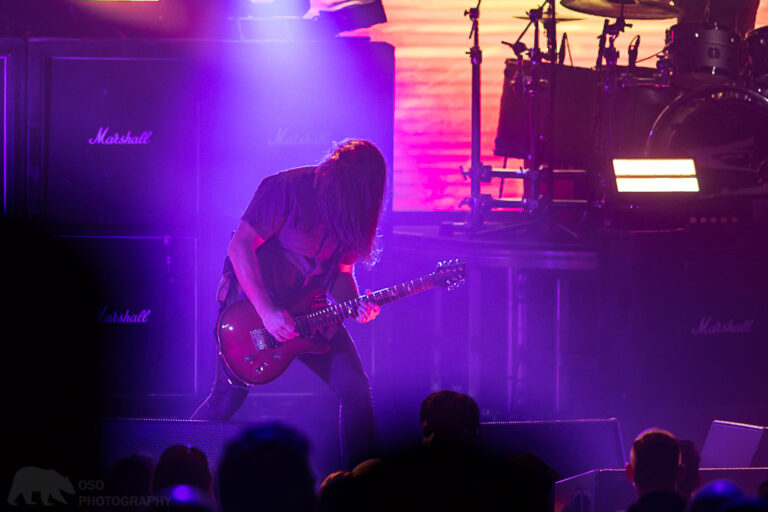 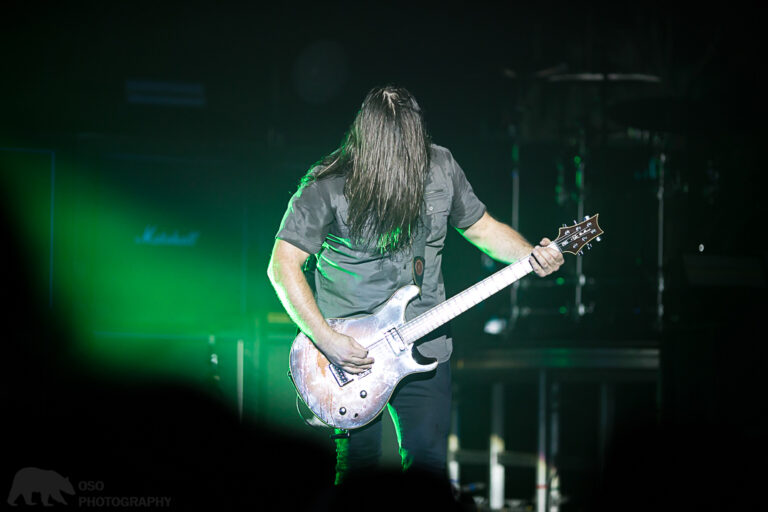 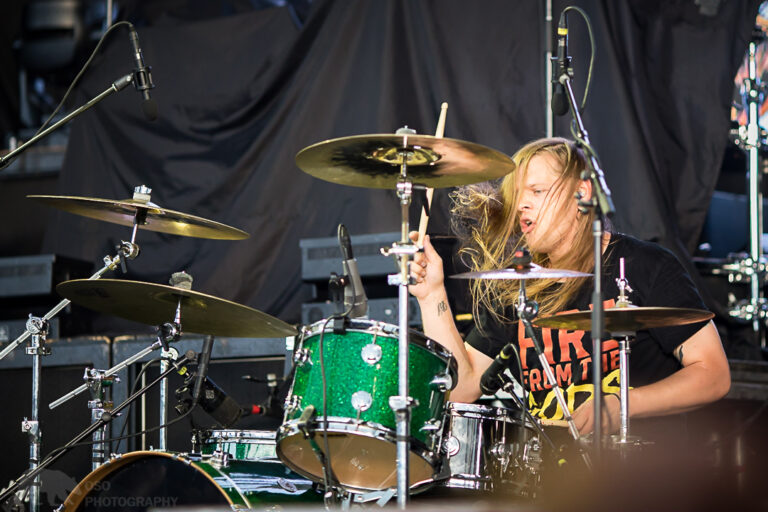 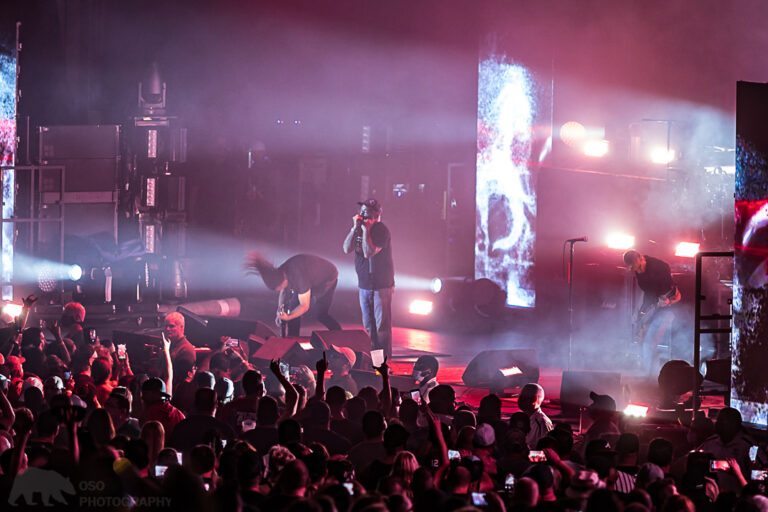 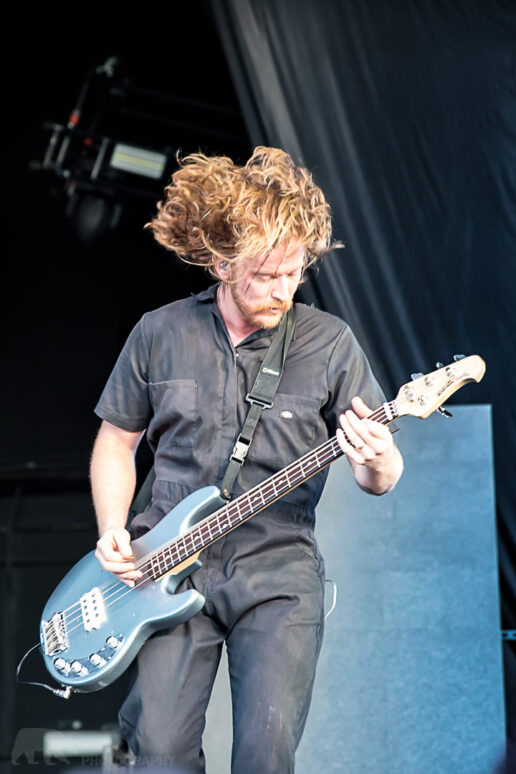 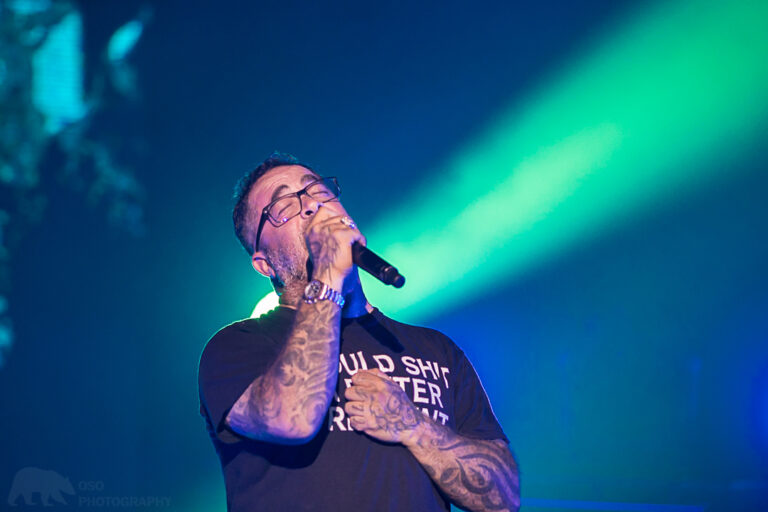 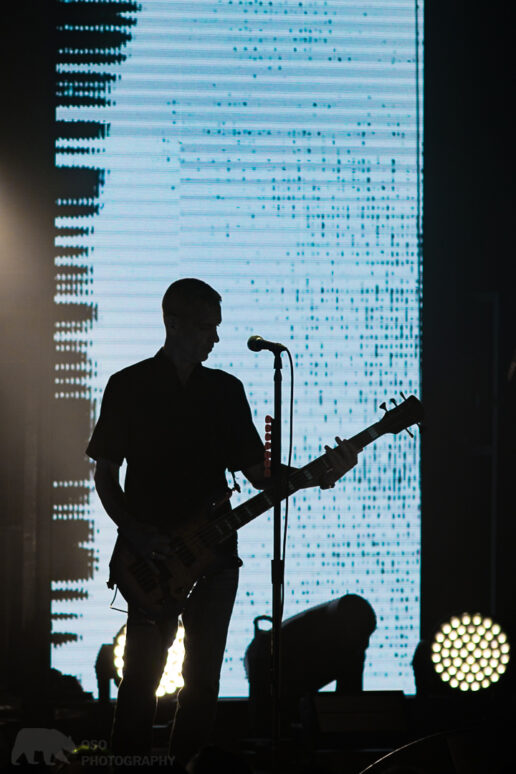