Lexington, KY–A “railbird” is a horse racing fan who perches on the rail that circumscribes a race track, hanging as close as possible to the action. I would be hanging at the edge of the stage for the Railbird Festival 2021. My Morning Jacket headlined on night one, Dave Matthews topped off night two. The festival was held on the Grounds at Keeneland in Lexington KY,  a track that thoroughbred racing fans have described as one of the most beautiful in the country. Top tier horses, well-heeled patrons, amidst the lush horse farms of Kentucky, where the bluegrass is a deep, rich green make it so. Railbird Festival 2020 never materialized for obvious reasons, but the 2019 version, the first, had been successful.

Times being what they are, the first challenge was to get through the gate. If you hadn’t purchased a parking pass (and those had been sold out for weeks), you had to find a creative way to get to the festival grounds and endure a very long walk in the 93° heat. You also had to show a valid vaccination certificate before entering, and those were inspected closely. Even people paying big bucks to get into the VIP areas were subject to scrutiny. It was impressive.

A cluster of seven 30-somethings traveling together from Whitesburg, Kentucky and West Virginia, both about four hours away, felt prepared. However, two of their party showed up without the required paperwork. Their sentence? Each was slapped with an identifiable wrist tag, and had to wear a mask for the entire duration of the festival whether they were indoors, outdoors, or anywhere in between. Potential penalties included expulsion.

My mission for Day One, Saturday: first, don’t get dehydrated before My Morning Jacket, and second, find some talent with whom I was unfamiliar before dusk. To that end I followed a crowd swarming toward the main stage and stumbled upon Black Pumas. They worked their way into a handful of songs that were familiar to me. As is often the case, I hadn’t connected the songs with the band’s name. Their set highlights, “Colors,” an R’nB monster that had birthed a slick live in-the-studio video and and a number one single on the U.S. AAA chart in 2019, and the hard-soul single, “Fire,” that perfectly described the moment in the blazing late afternoon sun, and also found its way up several charts. They played most of their debut album which spawned four Grammy nominations.  Yes, I was way behind the curve.

I’d seen My Morning Jacket several times over the last five to ten years. They had always been a “hometown band,” from Louisville, like me. The drummer went to my church. Mostly I’d seen them in theatre settings, maybe 3000 people. This was their first headlining tour in five years. This was only the second night of their first tour in two years, and fans were amped, on high alert. It was also MMJ’s first opportunity to debut songs from their 2020 album, Waterfall ll.  Tonight they were the top talent at a festival next-door to their hometown. I had planned an early exit to conquer the expected transportation challenge, but MMJ held me hostage throughout the spectacular freshened set, to the familiar high voltage, psychedelic set closer, “Touch Me I’m Going to Scream Pt ll ,” into the spirited guitar riff that opens “One Big Holiday” a literal show stopper that has put a period on most of their shows for the last eight years.

Day two, Sunday. The mission: arrive early to hear one of the first acts on one of the three stages, Grayson Jenkins, and hold on for Dave Matthews. It was going to be a long, even hotter day. It was crucial to stay hydrated, but not drink so much water that you wash the sodium completely out of your body and become ill. It was a challenging balance. Fortunately, Saturday’s issues were resolved and there were salty snacks and plenty of water within my reach. Long lines at the porta-potties heralded the return of an adequate supply of water.

Transportation to the grounds was still a problem. The festival “shuttle” I was counting on failed to materialize and it took two hours to go five miles. Disappointing, because Grayson Jenkins album, Turning Tides had been released two days before Railbird and I was partial to its Americana-ish/new country sound. Plus he was a Kentucky boy and he looked like a young George Harrison, two more things in his favor.

The afternoon melted into evening and it was still 96° during a July that would be recorded as the hottest July in history, in the world, since people started keeping records, not only in Kentucky but in many places around the globe.  Yet, I had managed to see the Revivalists, Jason Isbell, Leon Bridges, and Robert Earl Keene. The steamy surprise of the day was Cedric Burnside playing electric Chicago style blues. His bona fides (other than his authentic interpretations) finally registered. He is the grandson of blues singer, songwriter, and guitarist, R.L.Burnside, true blues royalty.  He played his telecaster-styled ax with such stealth and finesse that the only accompaniment necessary to fill any leftover space was the minimal drum kit rolling and accenting his playing.

Outside the media tent the bright blue sky turned into a beautiful red sunset and now my muscles were stiffening after fifteen minutes on the hard metal chair. I needed to get up and keep moving around so I headed for the Dave Matthews stage 40 minutes early to suck some crowd energy. Dave Matthews Band’s catalog is so deep that his setlist can always be surprising. He’s just got that much great material to choose from. Anticipating the excitement level of the festival crowd, he begun the evening already in overdrive, charging into a tightly packed set, with no breaks to think about what to play next. The rapid chugging of the syncopating guitar riff signaled the opening of, “Two Step,” and next into the haunting opening of, “Don’t Stop” reflecting the rising energy of the crowd. Then, with no break save a little patter, he moved into a Grammy winner and fan favorite, “So Much to Say,” the rapid strumming of his electrified acoustic guitar never letting up. That pace would continue for much of the night.

Again, plans for an early departure were happily discarded, and I joined the herd being funneled into the parking area. But tonight I had wrangled an Uber, and it was waiting for me. 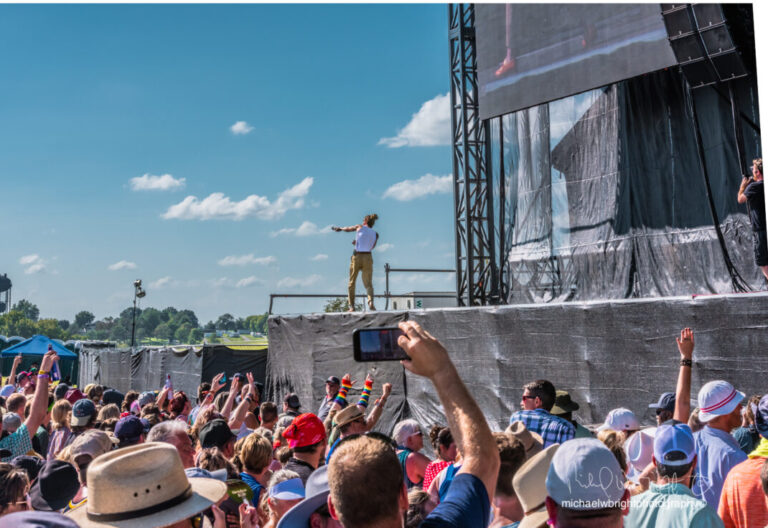 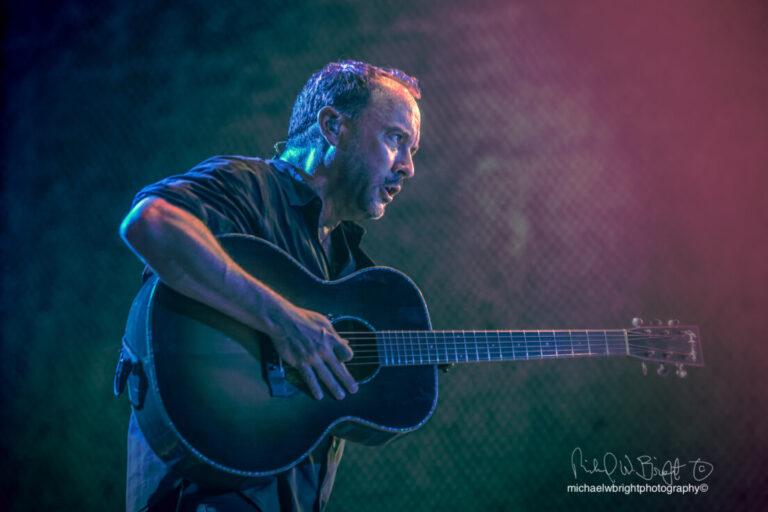 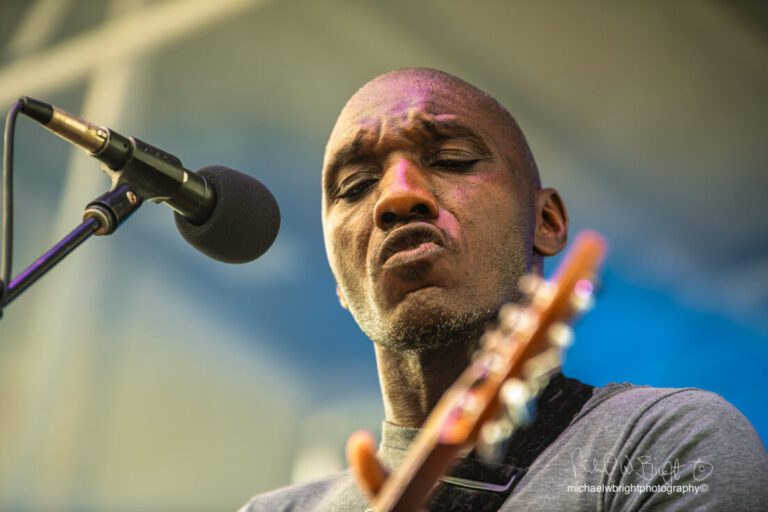 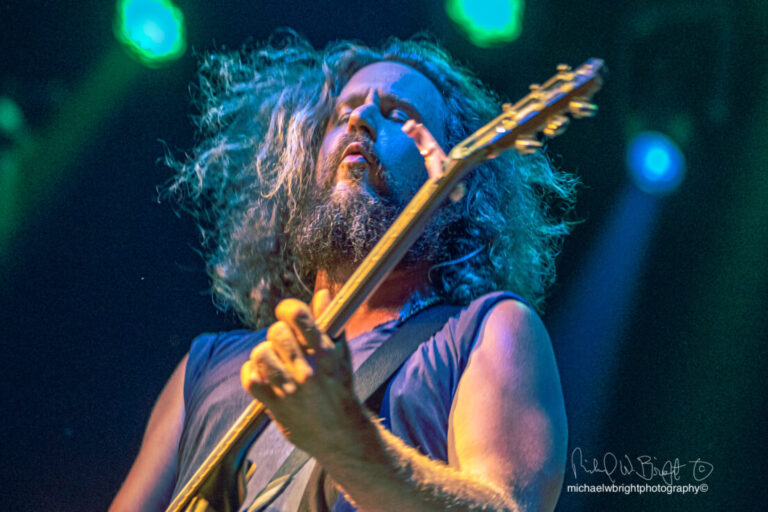 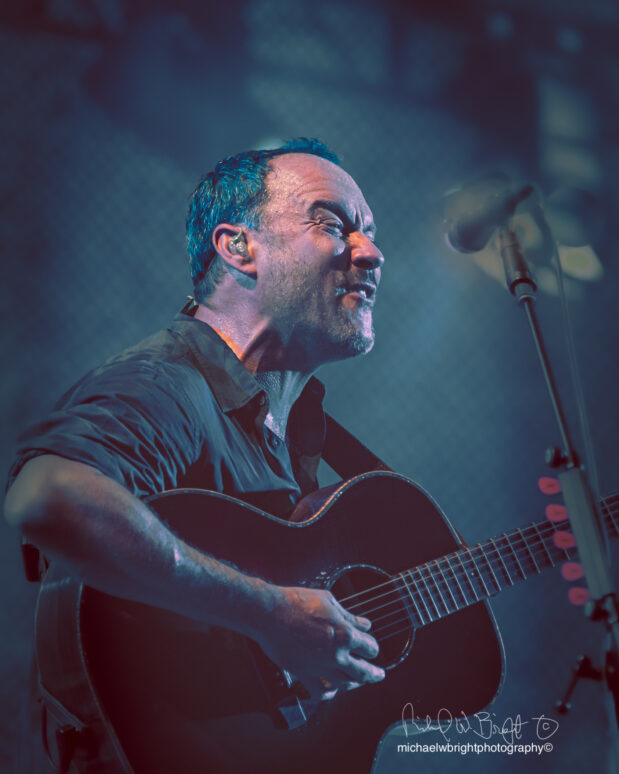 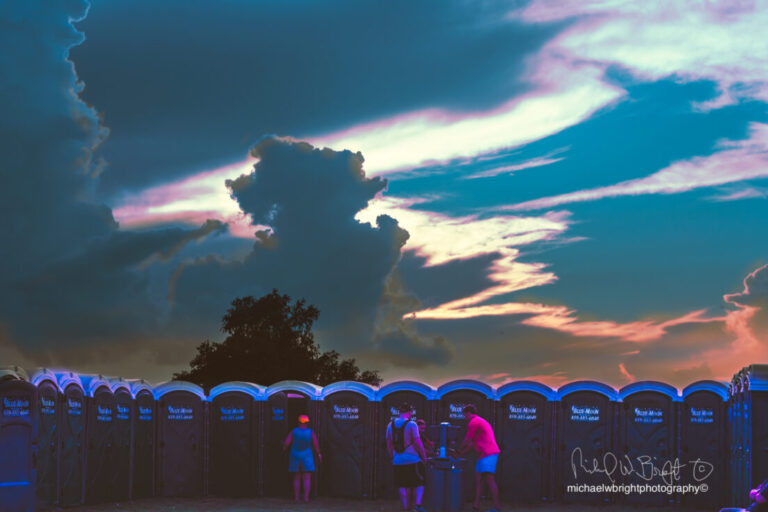 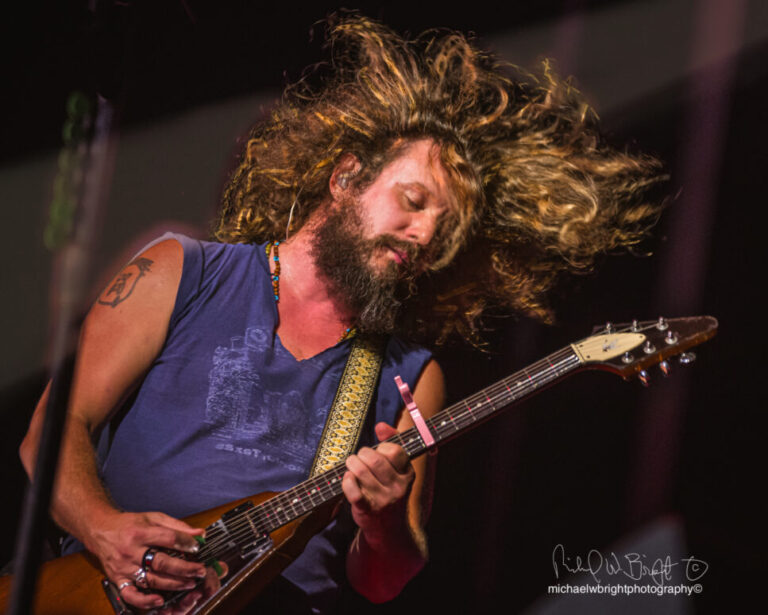 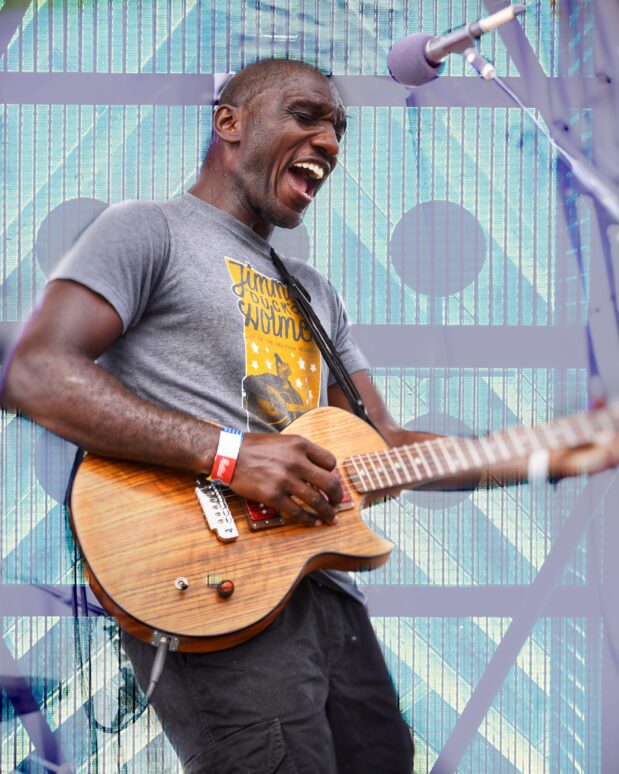 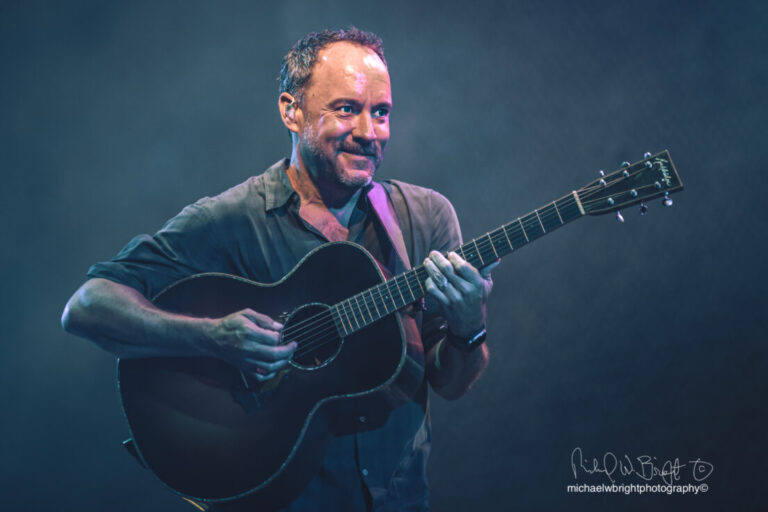 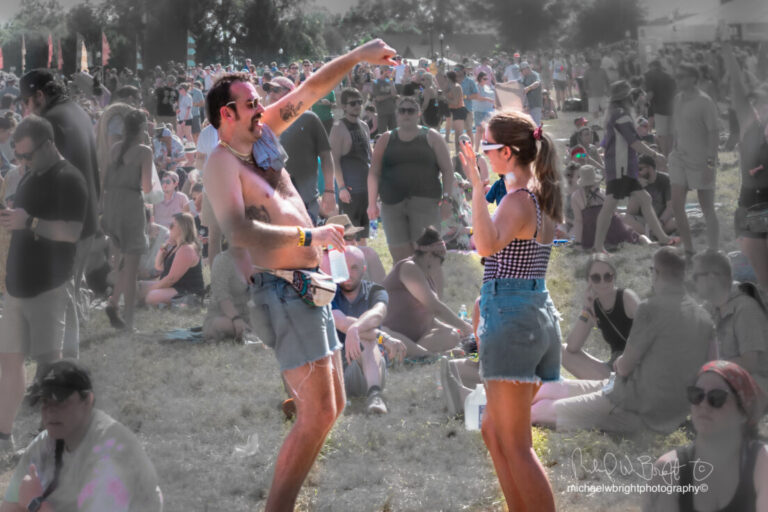 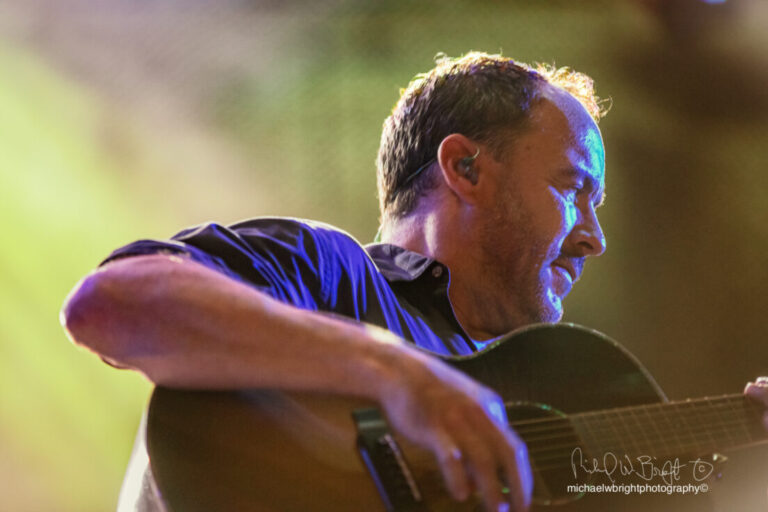 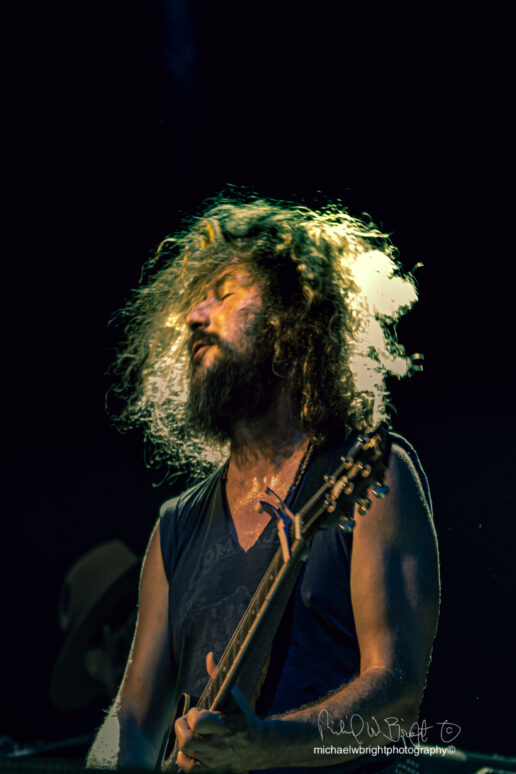 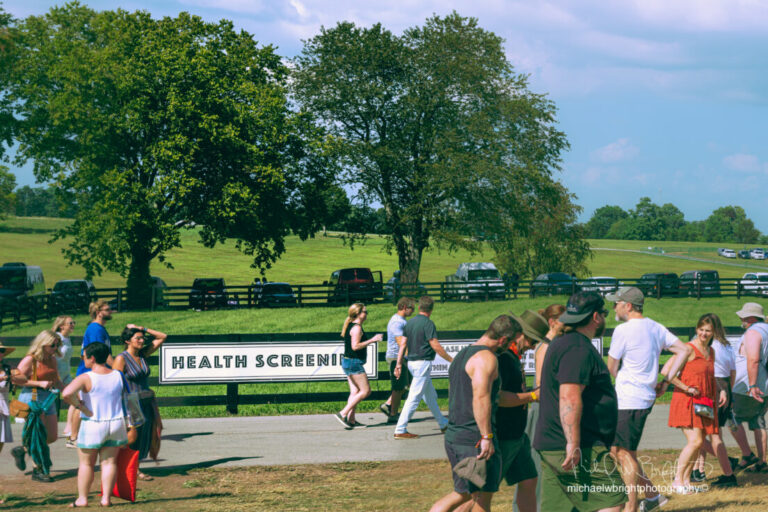 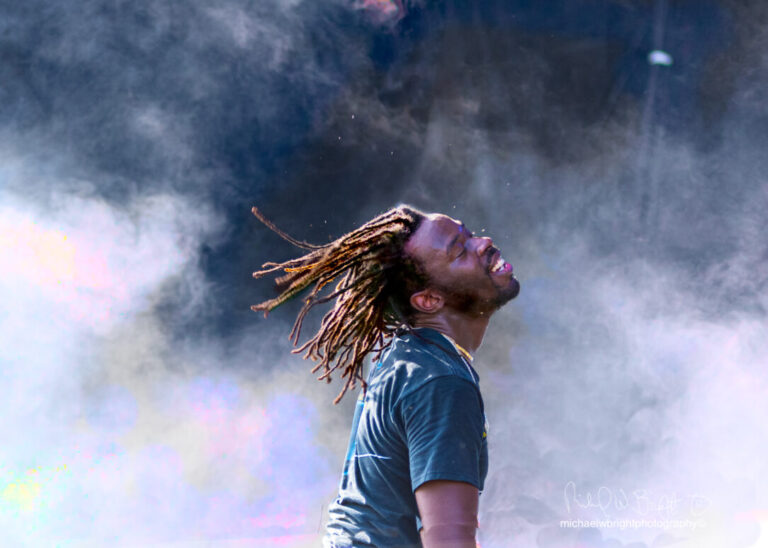 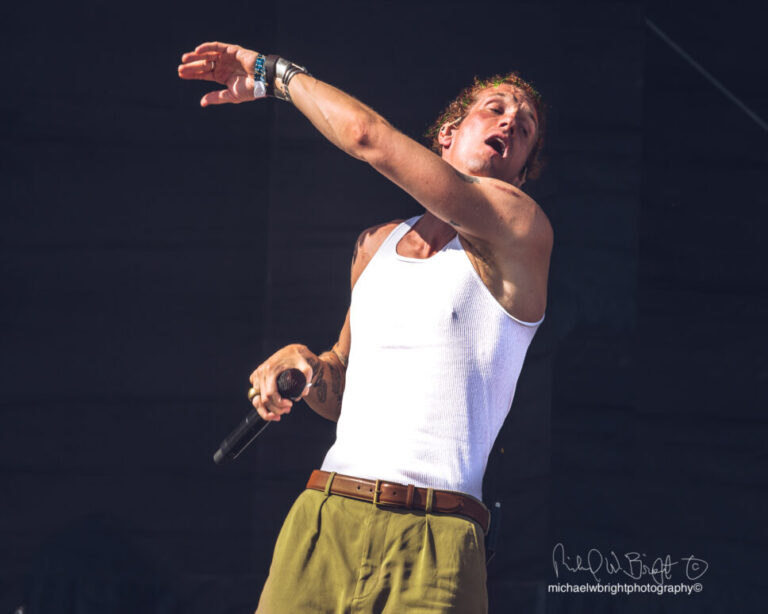 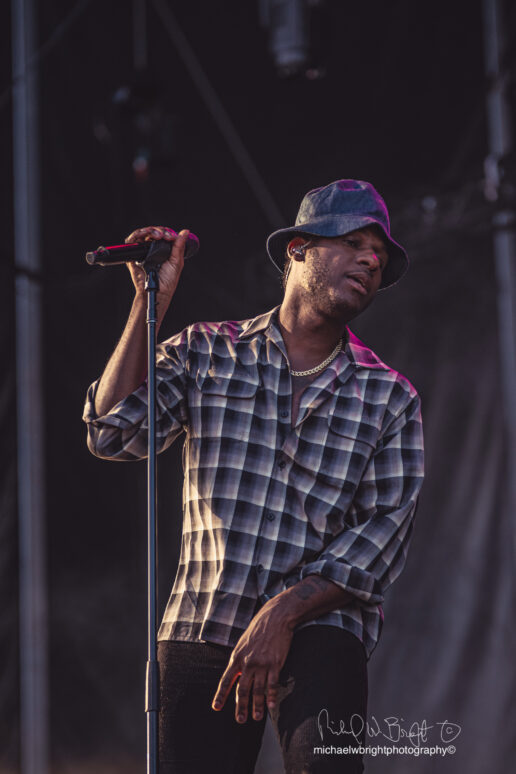