Article and Photos by Ommar Ortuvia

Houston, TX — Imagine if you had to create a playlist of songs from your favorite artist. Would you pick the hits that make everyone happy, that maybe brought that band into the spotlight? Or would you choose the lesser known songs that only the true, diehard fans can sing along to? Would you pick a mixture of both? Now imagine if you were told that you would be able to create a list of songs that you wish for your favorite band to play when they came to your town? You would probably tell yourself “nah, you’re dreaming!”, right? Well if your favorite band is Baroness, then you are in luck! The metal band from Savannah, Georgia, has been allowing their fans to pick what songs they will play that night, for their current tour titled “Your Baroness – An Intimate Evening with Baroness”. With an amazing library of 5 studio albums, there will be no holds barred as to what the fans will pick.

Following up on their “Intimate Evening” theme for this tour, Baroness has decided to play in smaller venues, reflecting how this tour is all about the fans. Per Baroness, they wanted to perform at these smaller venues to connect with fans on a more personal level, and on the night of Saturday, March 19th, they did just that at the Satellite Bar in Houston, TX. 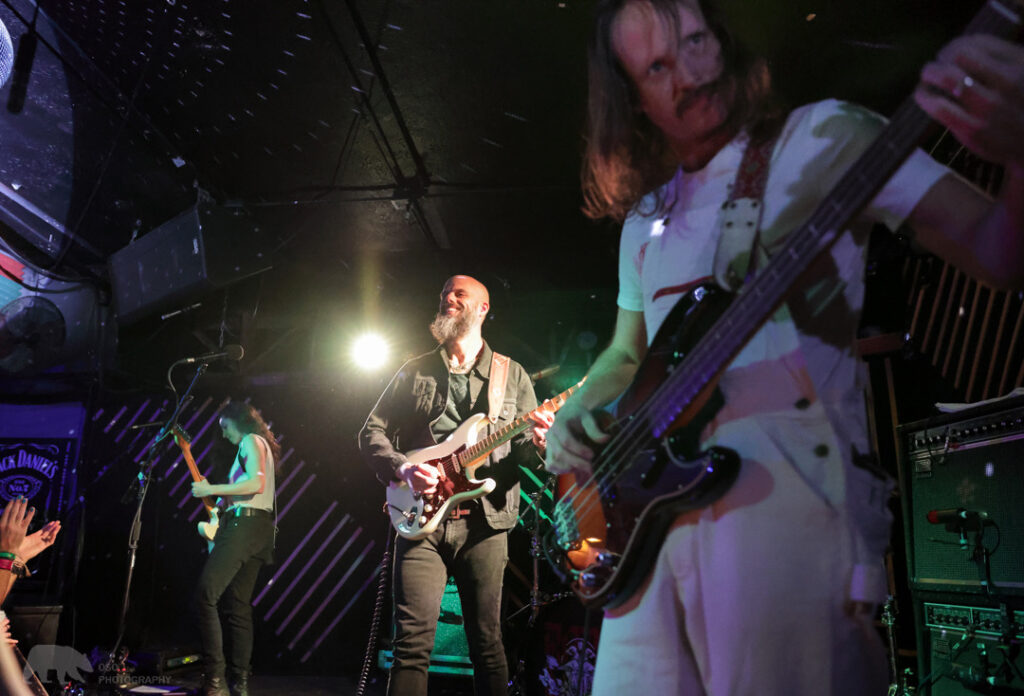 Baroness started their show by nonchalantly coming out of a side door inside the venue, walking through the crowd to take the stage. The silent crowd was taken by surprise to see that the person walking by them was the band, and in the 20 foot or so path to the stage, the crowd started going wild. Once the band was settled in on stage, they began with “Ogeechee Hymnal”, a powerful melodic instrumental track from their sophomore 2009 release Blue Record. Afterwards Baroness proceeded their set with a varied mix of songs from all their albums, demonstrating that the fans who picked this playlist did not favor any album over another. This is a reflection on how Baroness has been able to maintain a distinctive sound within the span of all their albums, but at the same time never sound old or monotonous. 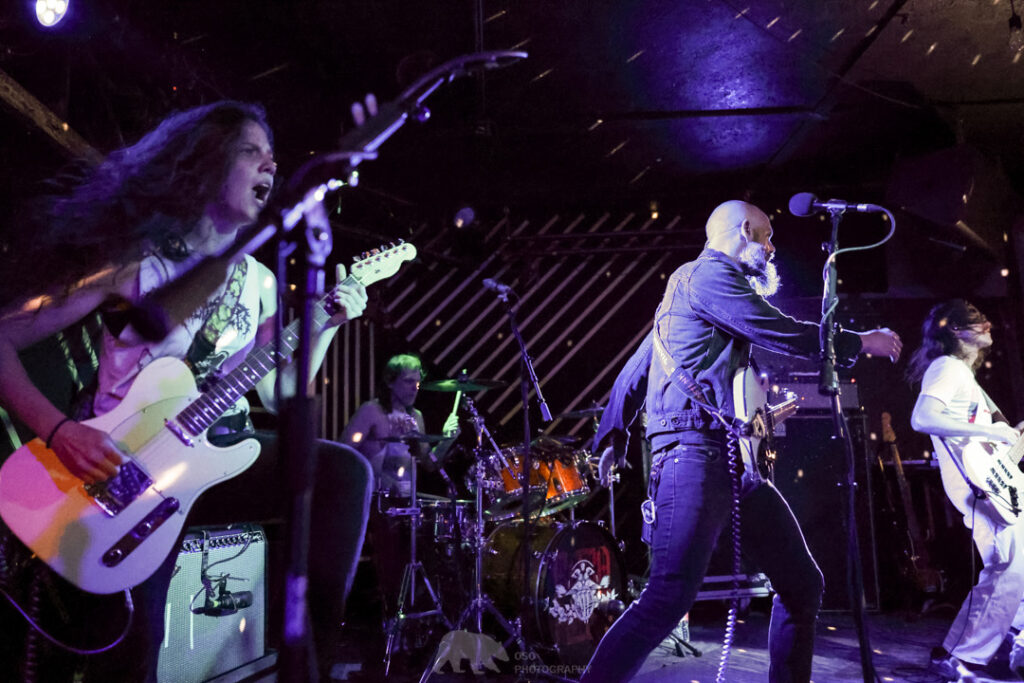 Halfway through the set, the guitarists (comprised of lead singer John Dyer Baizley and Gina Gleason) traded in their electric guitars for acoustics for an alternate rendition of “Cocainium” and “Foolsong”, both songs from their 2012 release Yellow & Gold. This allowed the bassist and drummer to take a break, and let the crowd sink into a mellow state of relaxation as they quietly listened to this all-acoustic take on these hypnotizing songs. These two guitarists reflect a strong connection whenever they are on stage, playing off each other’s talent through the electric axes, but this was solidified with the acoustic set harmonizing their instruments and voices for an entrancing sound. After this venture into a slower musical pace, things picked back up with “Can Oscura” and continued for another 7 songs, finishing things off with the hard hitting “The Sweetest Curse”. This could have summed up a night of amazing musical craftsmanship and ferocious energy, but afterwards came the encore with “Isak”, off their 2007 debut Red Album. With this Baroness said their goodbyes to the Houston crowd, with John Dyer Baizley wishing everybody a good night and a “see you soon”. We will hold you to that, John. 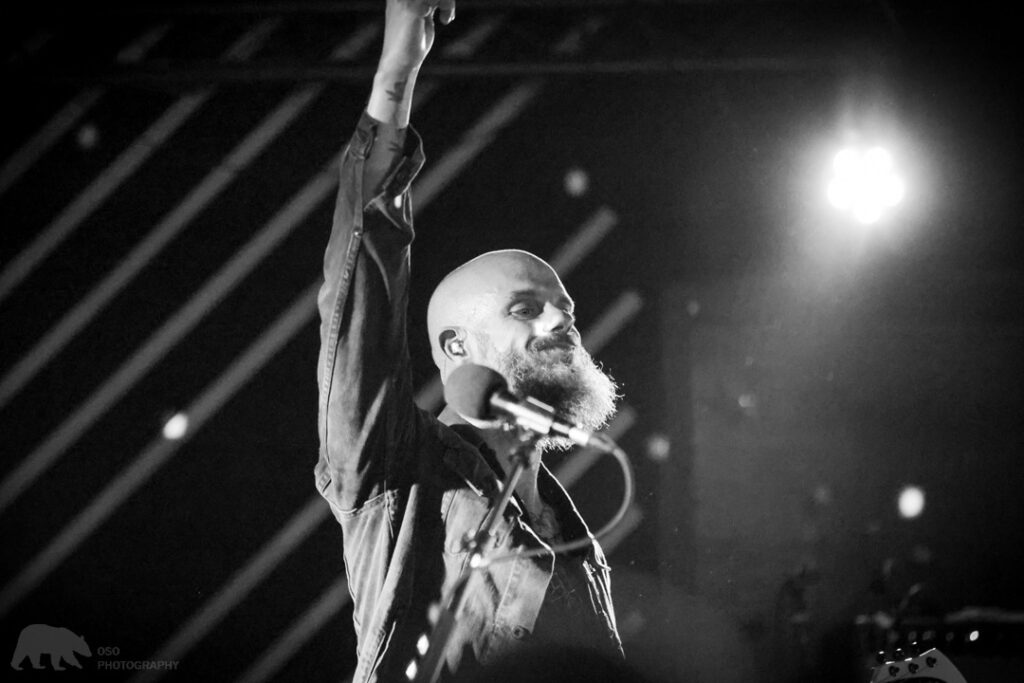 Baroness provided an amazing concert experience in this tour, by having chosen to play in smaller venues, they really had an opportunity to connect with their fans and play off of each other’s energy. Nowadays who else is allowing their fans to pick their setlist, and be in a venue where they are no more than 20 feet from the musician? Not many. And to really show how Baroness appreciates their fans, upon exit they could claim a free – yes, free – print of band artwork that was done by the ultra-talented John Dyer Baizley. The same John Dyer Baizley that is the front man for Baroness is also the artist who creates all of the band’s iconic album covers. If you aren’t familiar with his style of neo-Mucha art, definitely take a look at it – you can be hooked for hours poring over the detailed intricacies of his illustrations. 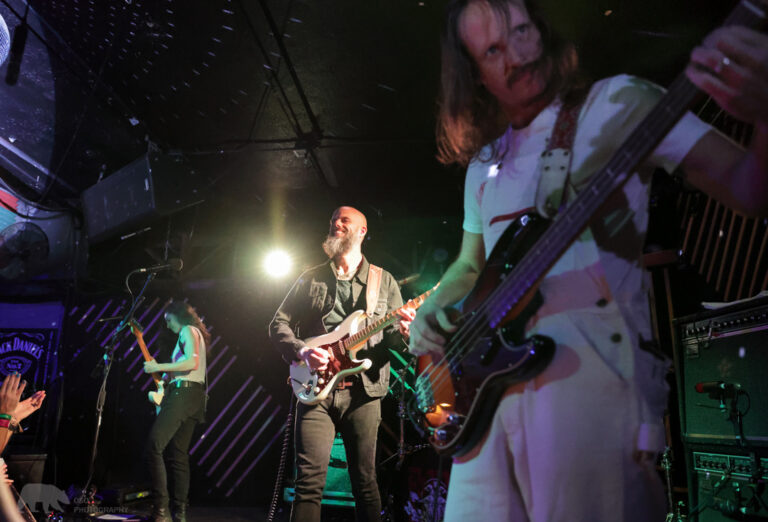 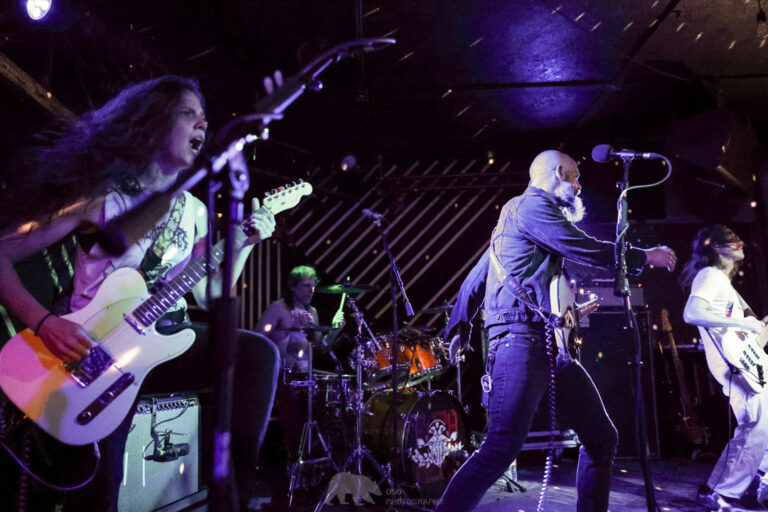 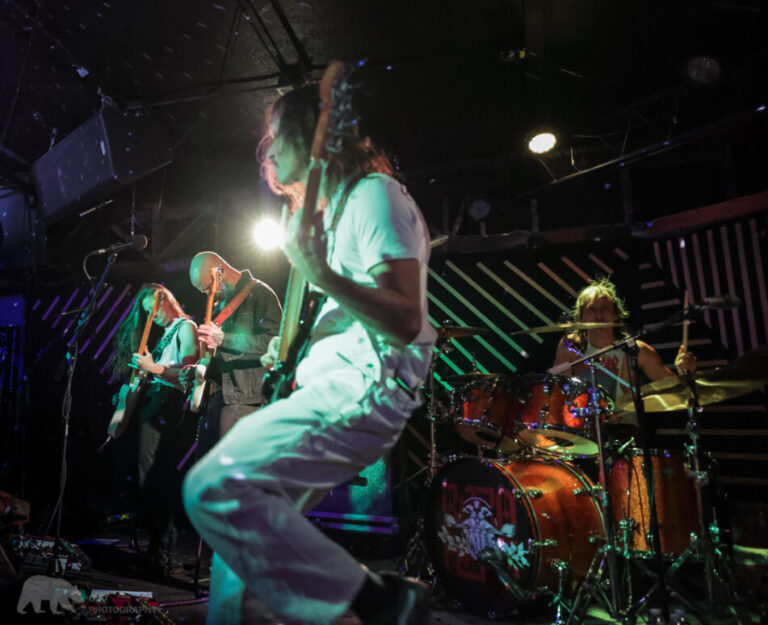 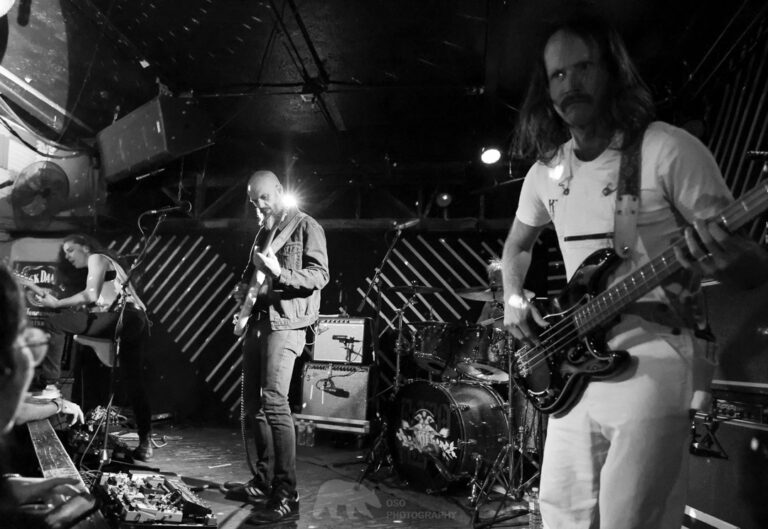 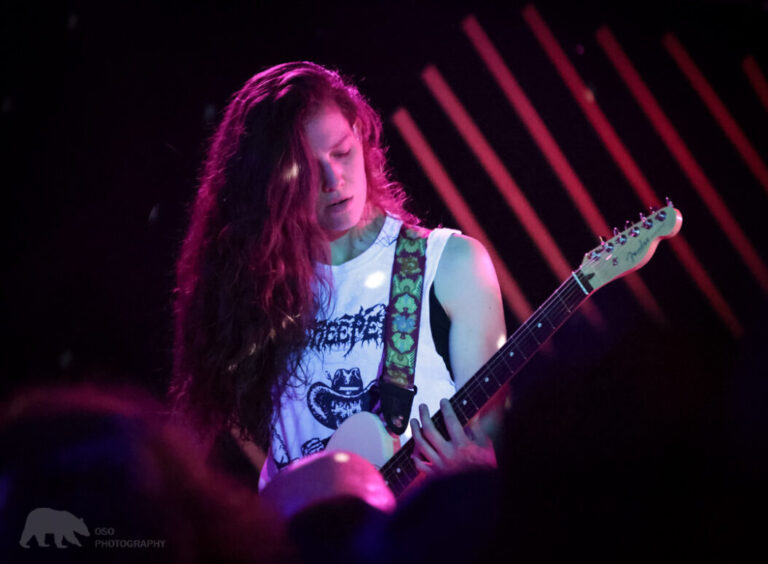 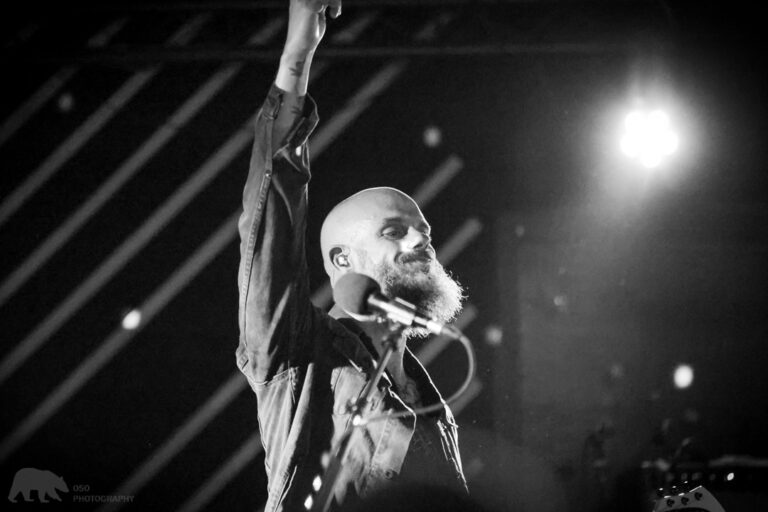 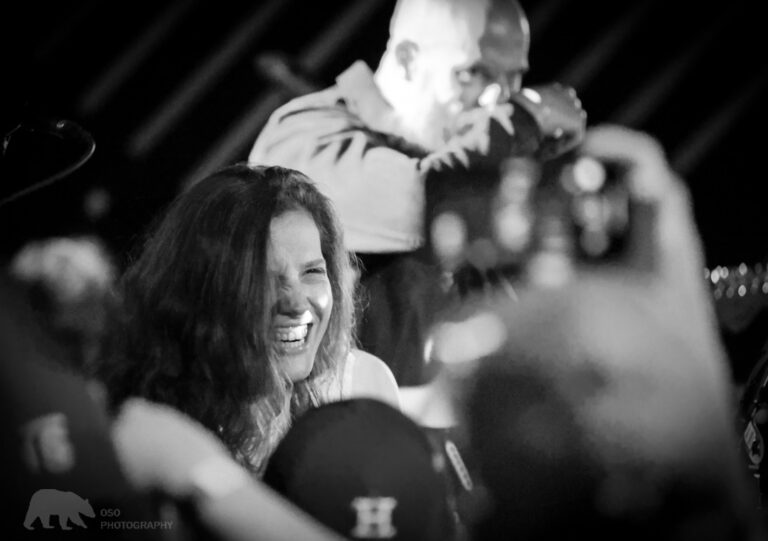 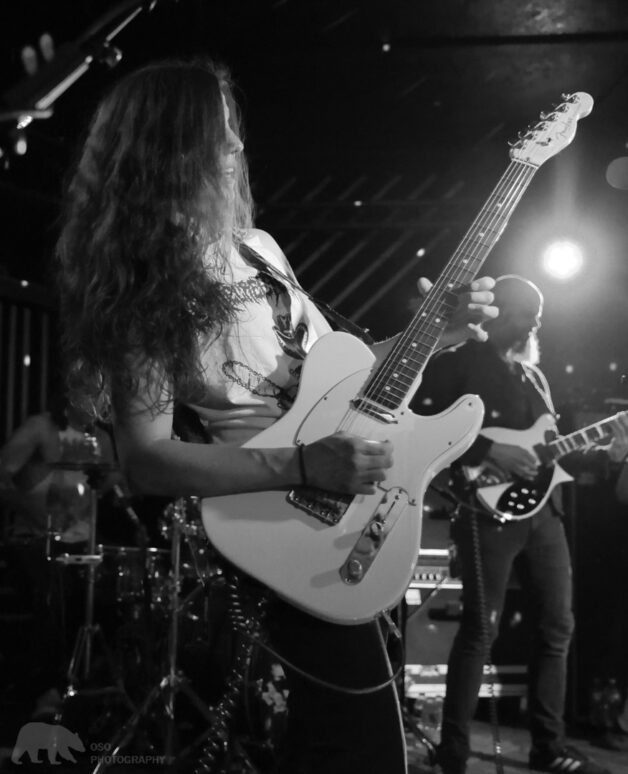 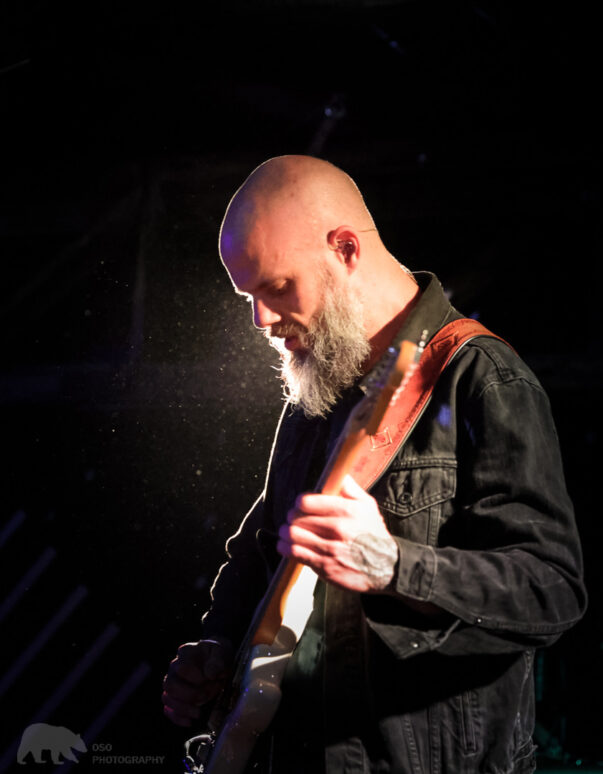