ASHEVILLE, NC — Few musicians in history have had the career and impact of the prolific Grateful Dead co-founder Bob Weir. Since 1965, Weir has played with countless musicians, and since the 1995 death of Jerry Garcia, has fronted several bands centered around the music of the Dead. Since 2018, between tours with Dead and Company, Weir has been on the road with the Wolf Bros. An outsider to the Grateful Dead scene might wonder the reason for so many bands playing largely from the same catalog. Every version or offshoot of the Dead has a distinct style, putting a completely different spin on the songs, some of which date all the way back to the beginning more than 50 years ago. 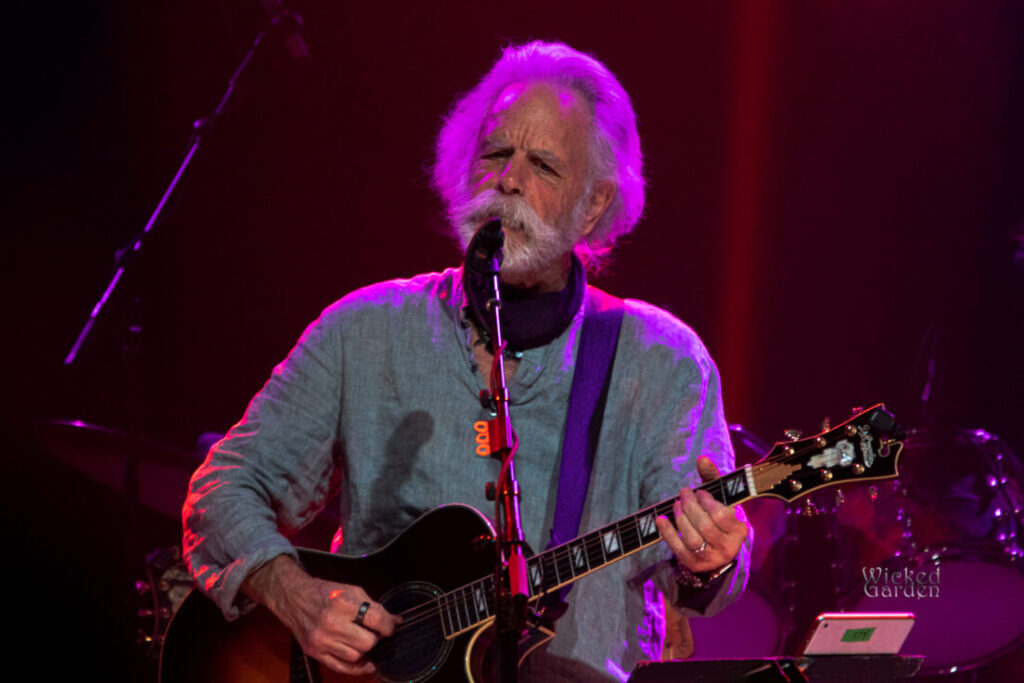 The Wolf Bros offer a more acoustic-based country and western tint on the songs, featuring Barry Sless on pedal steel guitar, Don Was on stand-up bass, Jeff Chimenti on keyboards, and Jay Lane on drums. The group also adds a five-piece horn and string section to several songs. There are certainly similarities to other Dead-related bands — the crowd, the two-set structure, and the ever-present lot known as Shakedown Street before and after the show. The show itself has a very different vibe. Touring theaters rather than arenas and pavilions gives a much more intimate feel, at moments even feeling like a personal friend playing for a house party.

The show began in unassuming fashion, with Weir stepping on stage alone with an acoustic guitar, noodling his way into a beautiful solo version of the Grateful Dead jam classic “Dark Star,” which he weaved into “Bird Song,” signaling the other band members to emerge. By the time they reached the first verse, the performance had grown from solo to a ten-member arrangement. As the slow-tempo 17-minute song came to a quiet close, they suddenly kicked into high gear with a rockabilly-inspired take on “Good Morning Little Schoolgirl,’ cueing the audience into dance mode. Further into the set, “Mexicali Blues” was a perfect chance for the string and horn section to shine, recreating and expanding the original 1972 recording from Weir’s album Ace.

The band’s second set ramped up the energy with a rocking version of the Dead’s “New Speedway Boogie,” which also began a non-stop 30-minute run of songs with perfectly flowing transitions and jams. “The Other One” and “China Cat Sunflower” both live staples of every Grateful Dead-related band since the late 1960s, were particularly interesting, with a whole new vibe that sounded like jazz-meets-bar band. The biggest show-stopper of the night, however, was a hauntingly beautiful 13-minute “Morning Dew” closing the set. The encore of Bob Dylan’s “It’s All Over Now Baby Blue” was the perfect ending to an incredible evening of music. 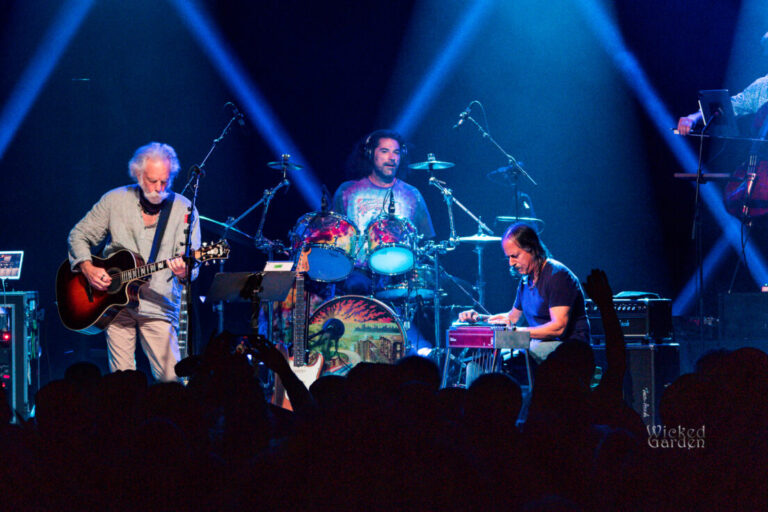 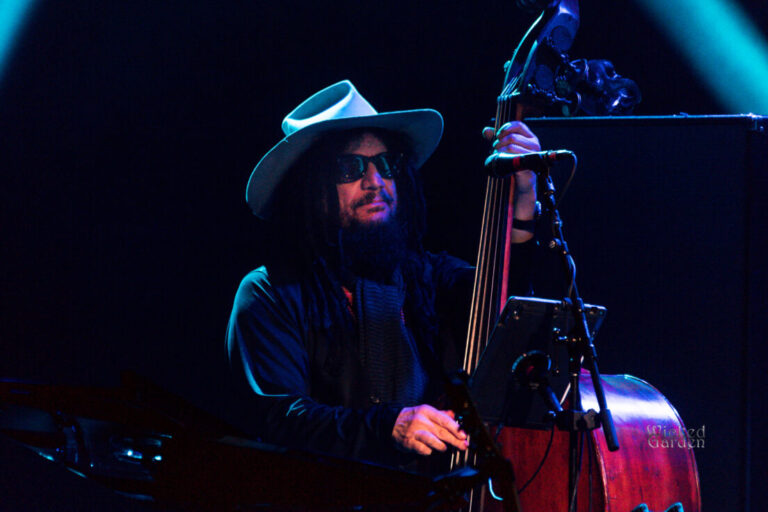 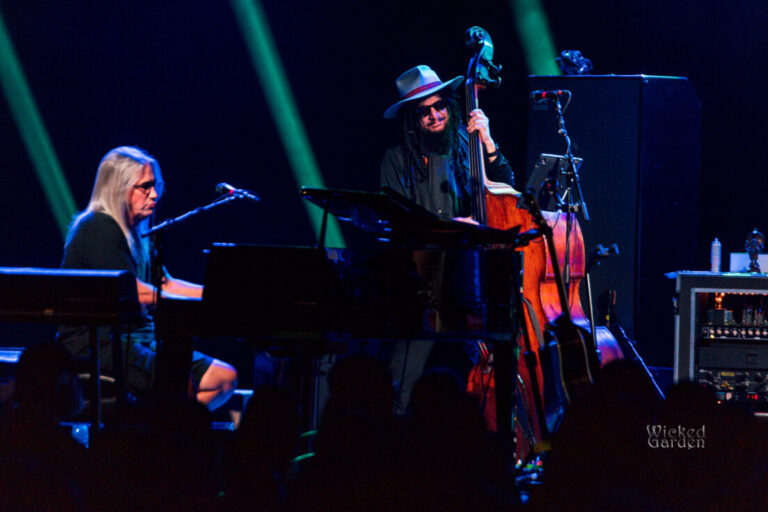 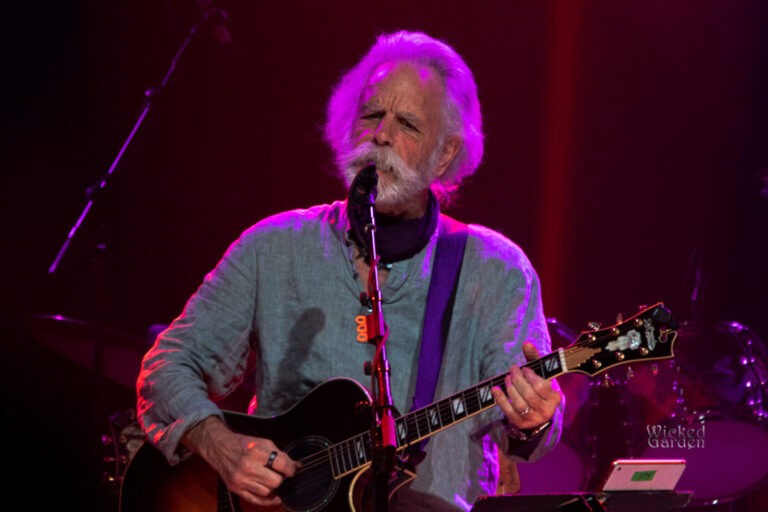 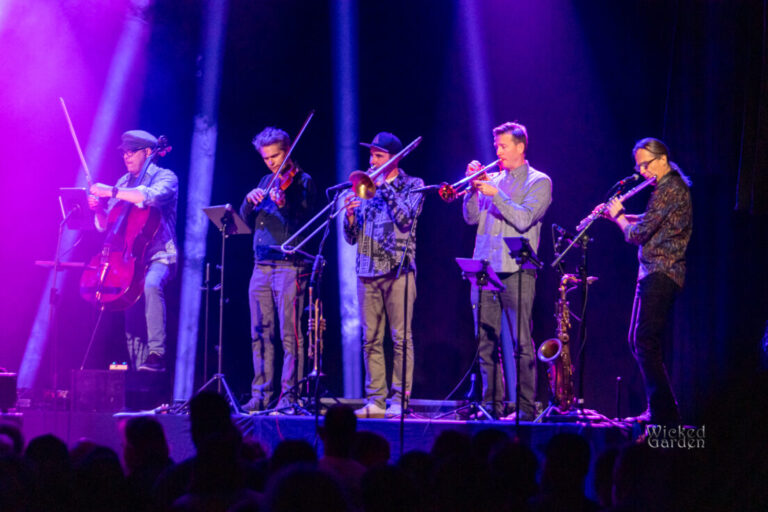 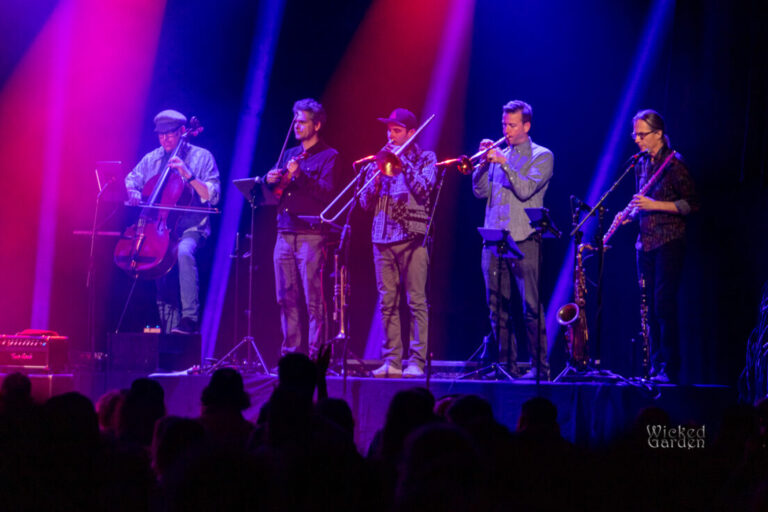 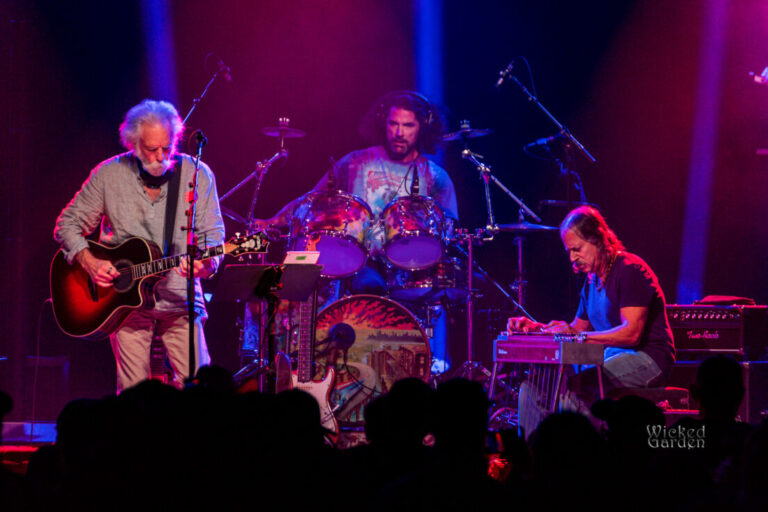 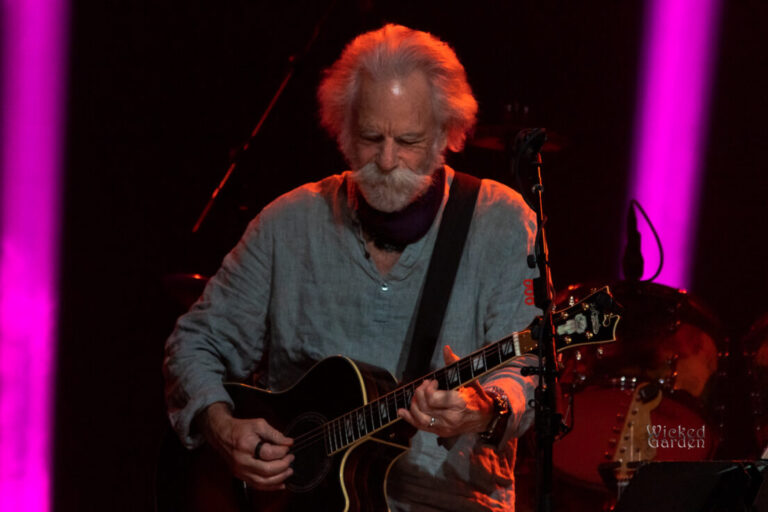 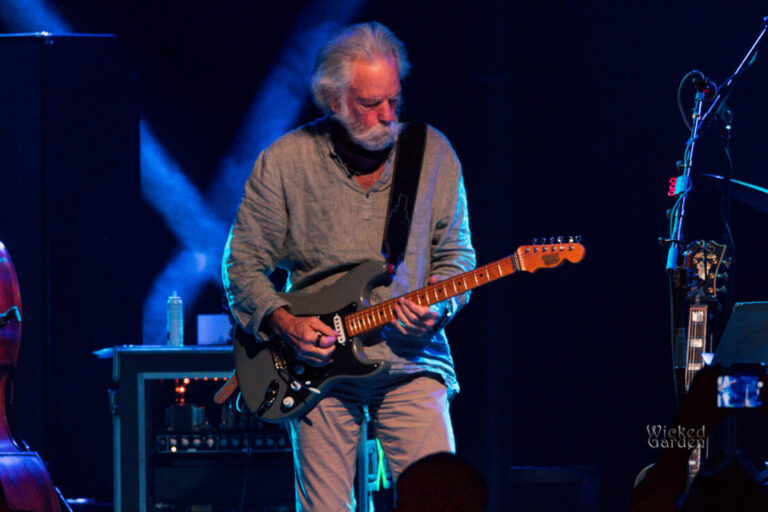 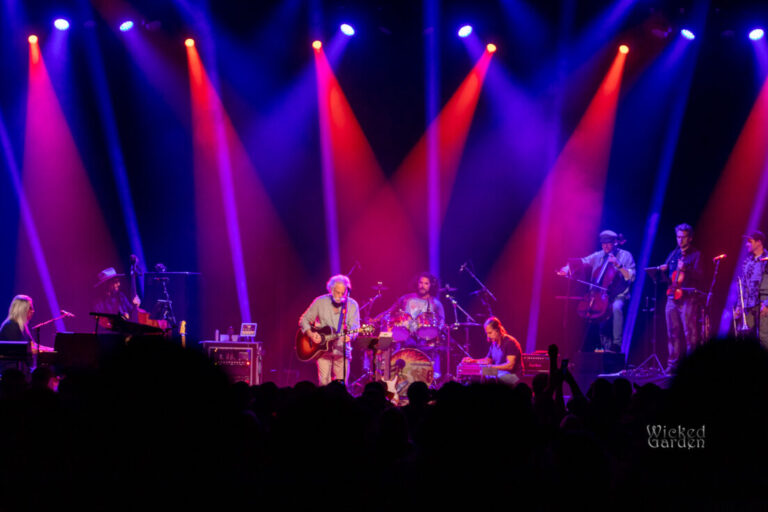 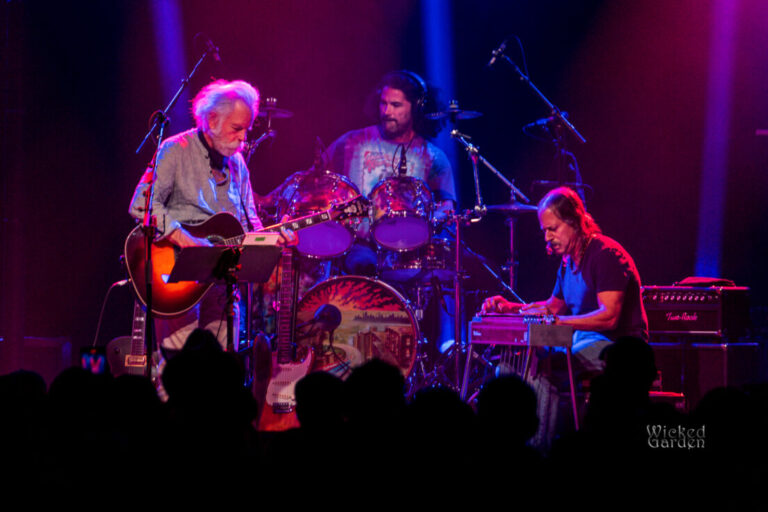 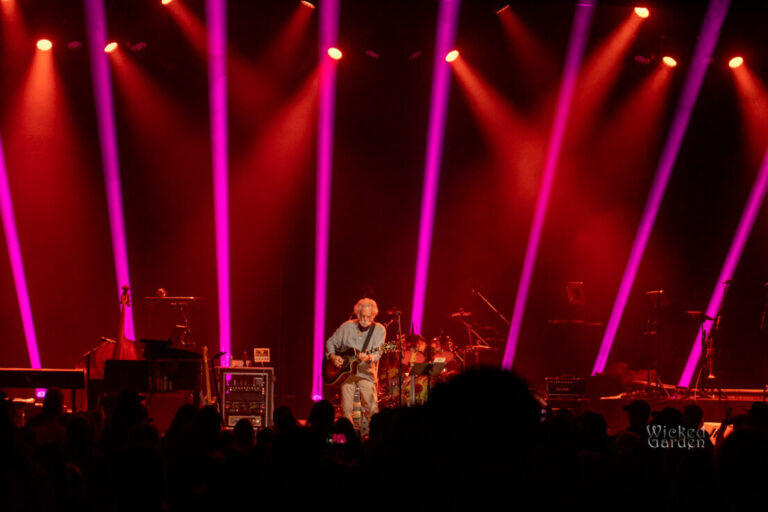 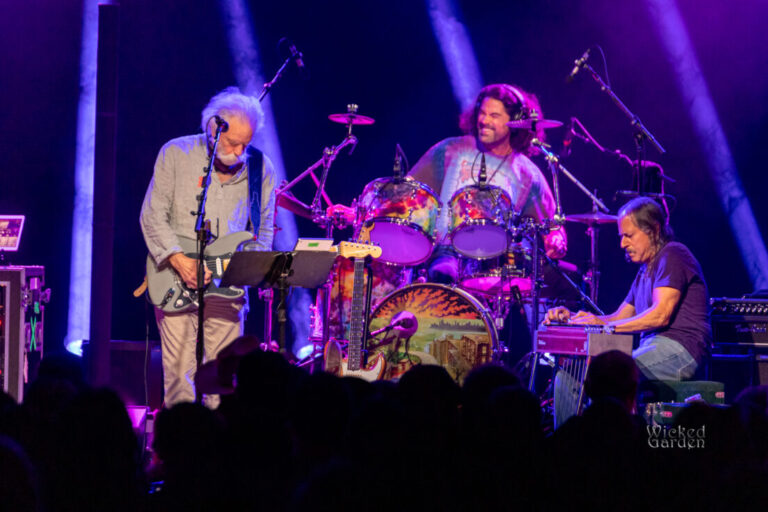