Louisville, KY–Blues music is alive and well. In fact it may even occupy a greater space than it did two years ago, pre-Covid. We’re all sick and tired of being sick and tired. At the same time we desperately want to celebrate SOMETHING! So when the center stage spotlight heated up and the band kicked into Buddy Guy’s familiar introduction, people rose from their seats not just to greet one of the greatest living purveyors of the blues, but to welcome a new, mask-free event and, maybe, world. Time will tell, (and ticket holders had to show proof of vaccination at the door) but there was celebration in the air.  Adding one more touch of excitement to the evening, this was Buddy’s first show after his annual month long string of shows every January at his Chicago club, Buddy Guy’s Legends, so his band was super tight, hot, and on point.

Buddy Guy, at 85, is also alive and well. He kicked off the show just as he has done for years with the title song from his most successful album to date, Damn Right I Have the Blues (1991). Willie Dixon’s, “Hoochie Coochie Man,” enjoyed a warm welcome and had a prominent place early in the set.

The 60 year-old plus crowd didn’t have to wait long for Buddy’s trademark salty patter and interplay with the audience, his timing perfected after some 60 years of live performances. He always connects in a big way, carefully punching up his stories with spare blues riffs while apologizing for some of his coarser language. “Hell,” he says, “ever since hip-hop I can say whatever the f*ck I like.” Just as the band pulls way back the fans hush to near silence, anxious to hear what he’ll say or play next.

Buddy Guy is on stage and workin’ hard through the end of June. you’ll find information at, https://www.buddyguy.net 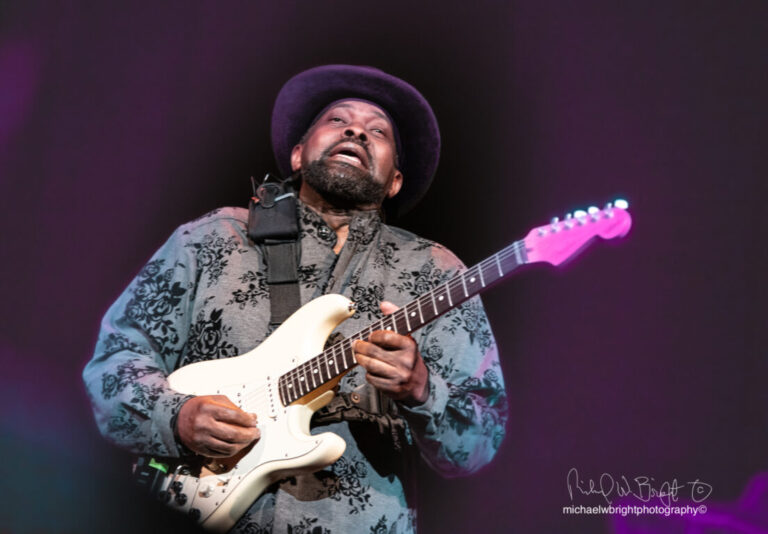 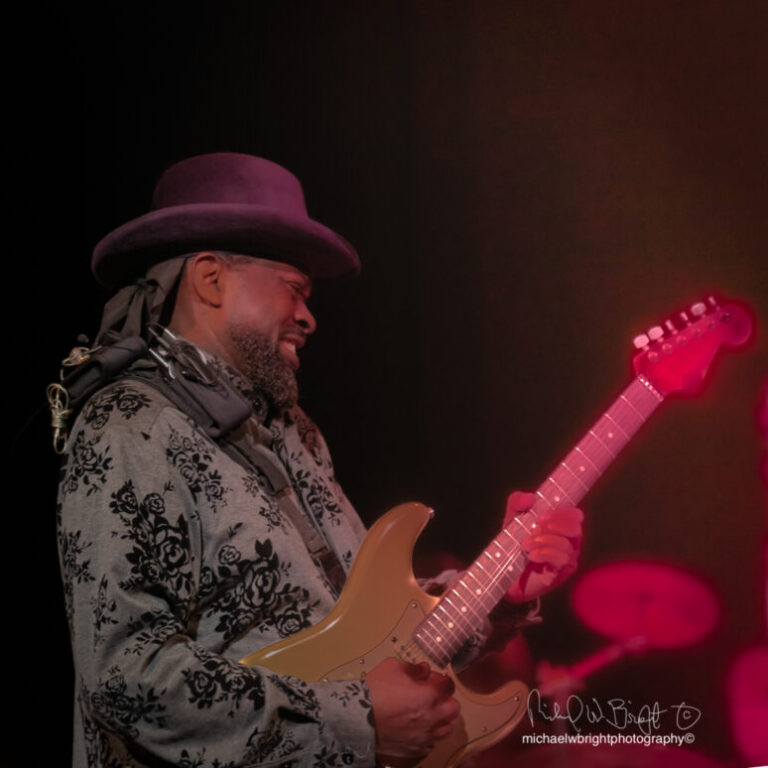 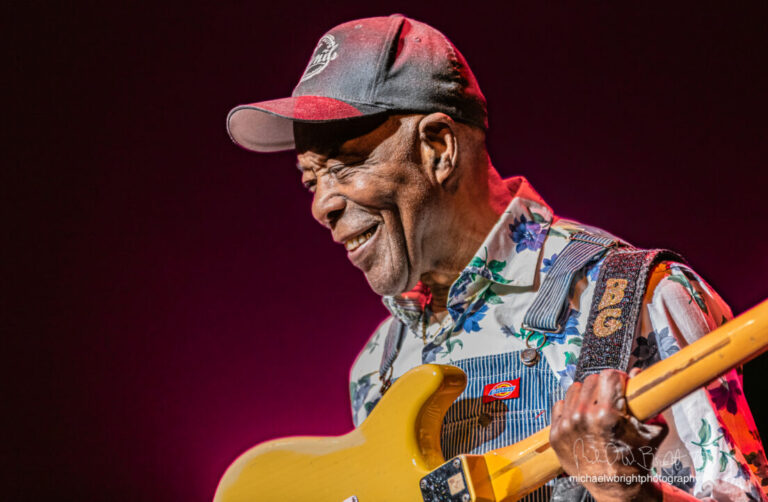 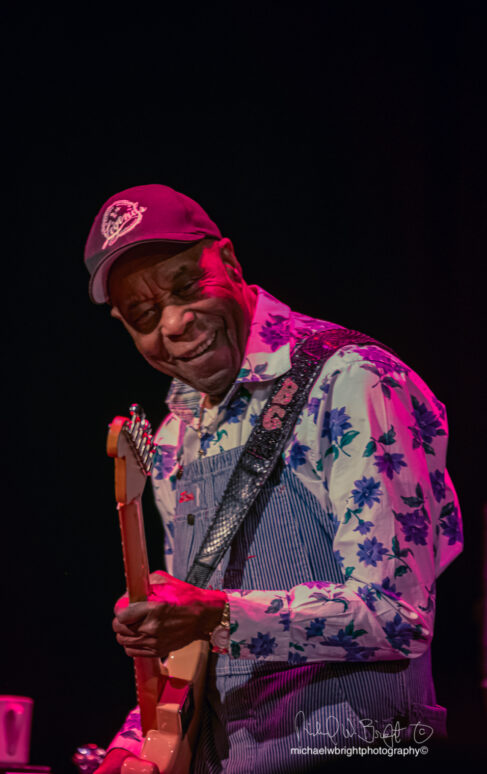 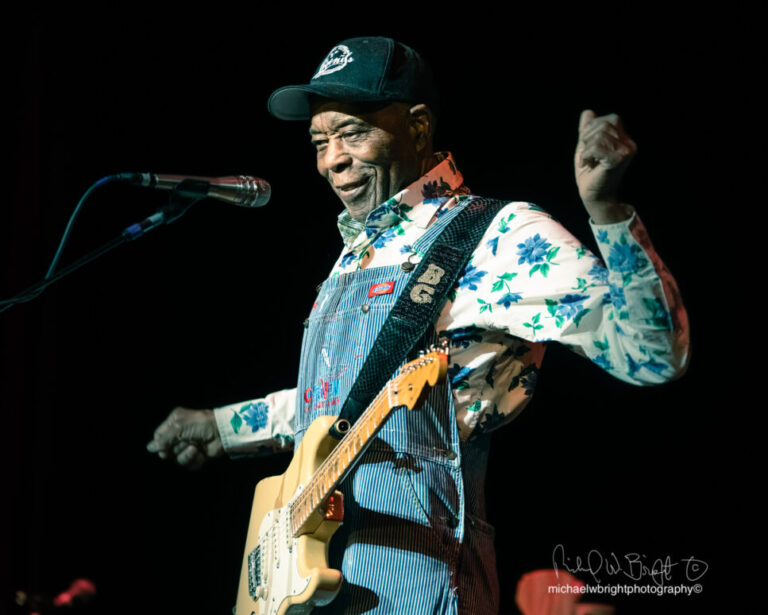 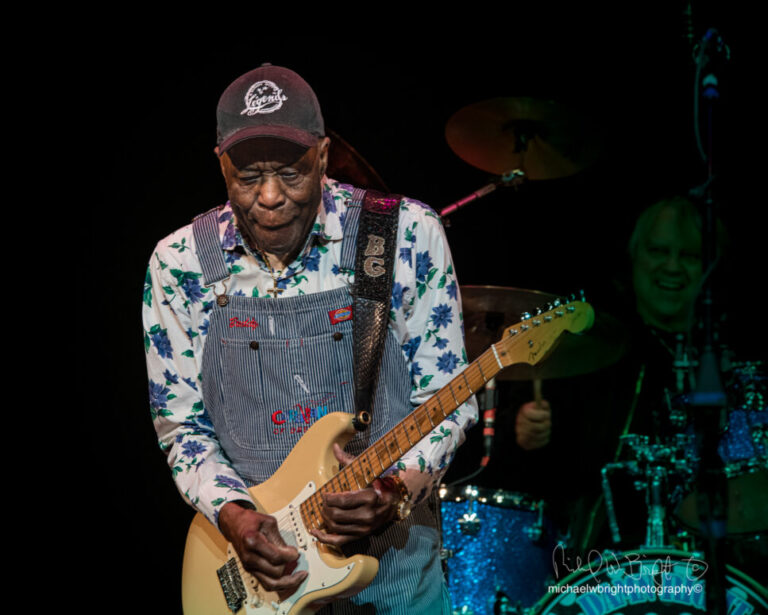 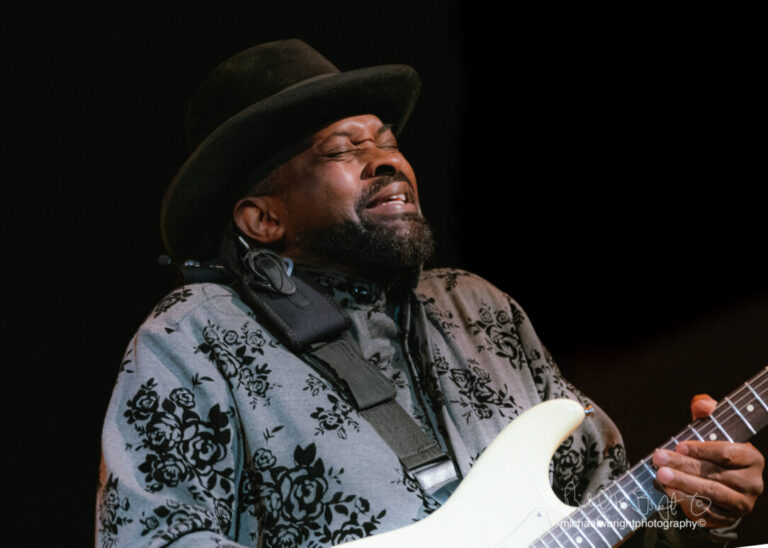