Cleveland, OH – Sunday nights are typically spent preparing for the week ahead.  A time to chill, to wind down.  Not so on this night in The Flats in Cleveland, where The Odeon hosted Doyle, the heavy metal horror band that is certainly not a mellow, wind-down-for-the-night band.

The Flats itself was quiet.  Streetlights eerily illuminated deserted sidewalks.  It was a bit surreal.  Outside The Odeon, however, people gathered to experience an evening of release.

Doyle is the latest venture of Doyle Wolfgang Von Frankenstein, renowned guitarist from Lodi, New Jersey, whose initiation into live music came at a very young age with the Misfits in the 1980s.  Through a series of bands, Doyle perfected his style, and certainly his “look.”  With his prominent devilock swaying dramatically throughout a performance, devilish skull face paint, and shirtless ripped torso, there is no denying that Doyle draws visual attention on top of his guitar-slaying.

Salem’s Childe is the touring opener for Doyle through May.  They worked the stage and the crowd, preparing everyone for the musical onslaught to follow.

Doyle entered the stage to great enthusiasm.  Alex “Wolfman” Story (vocals), Brandon Strate (bass), Wade Murff (drums) and Doyle performed with fervor, with Story wearing an executioner’s mask throughout the set, opting to go shirtless mid-set.  Doyle prowled the stage with a purposeful intensity, peering into the crowd with an unnerving, expressionless stare.  It all worked.

The set lasted just under an hour, with no encore.  Song after song, the band delivered their fast-paced and brutally heavy brand of “horror” metal.  Make no mistake, this audience was treated to a big shot of adrenaline to start their week off right!

Doyle has been vocal about the detrimental financial impact of free music downloads on the livelihood of bands, so I heartily encourage fans to purchase music and merch to support the bands they love to listen to… as well, catch a live show to fully appreciate the band’s breadth, which can only be understood by experiencing a live show.

The band’s Abominate The World As We Die World Tour 2022 continues.  Check their schedule to catch a performance near you: http://officialdoyle.com/. 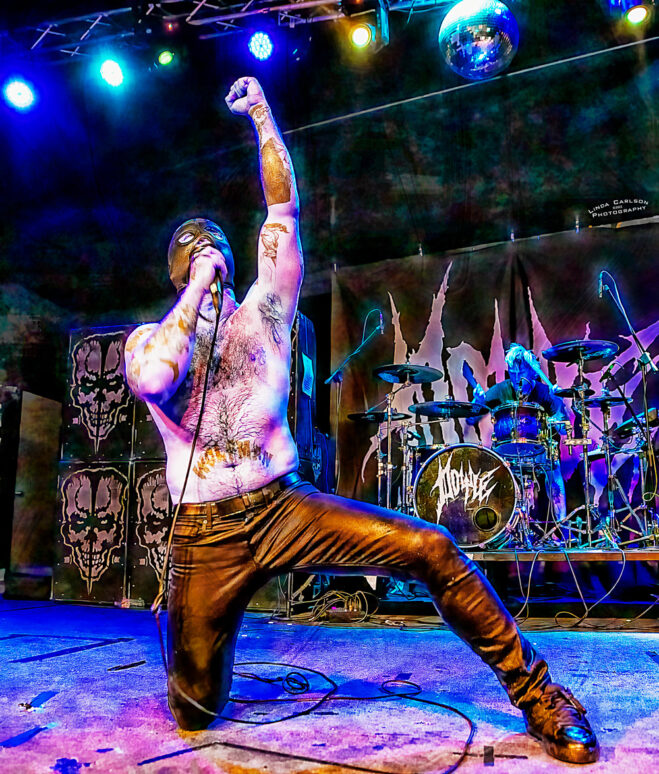 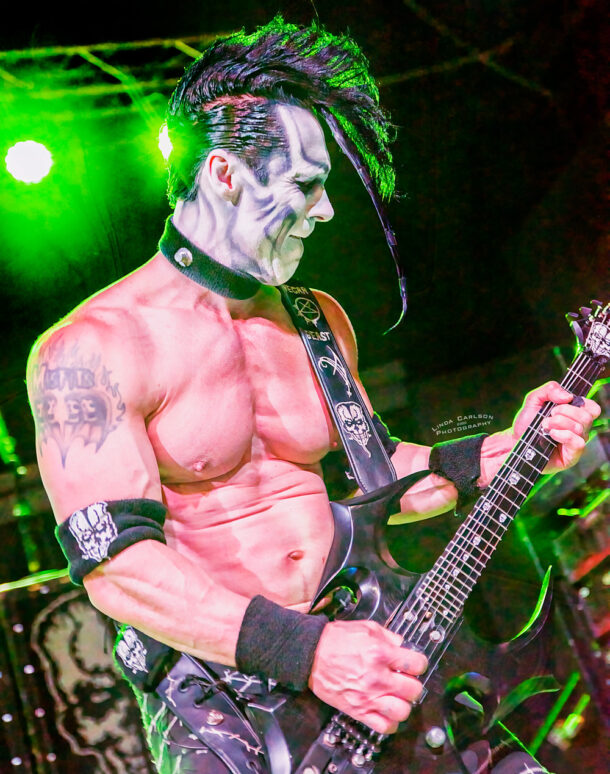 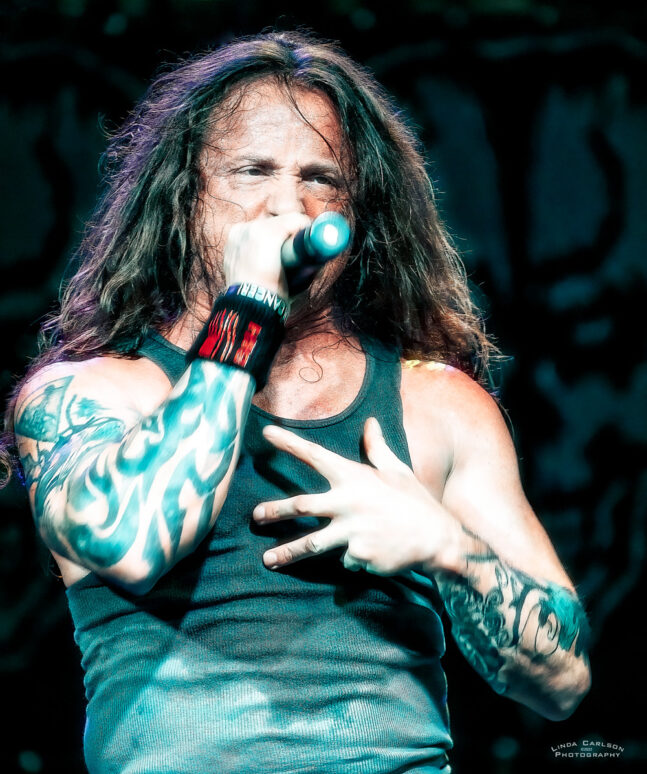 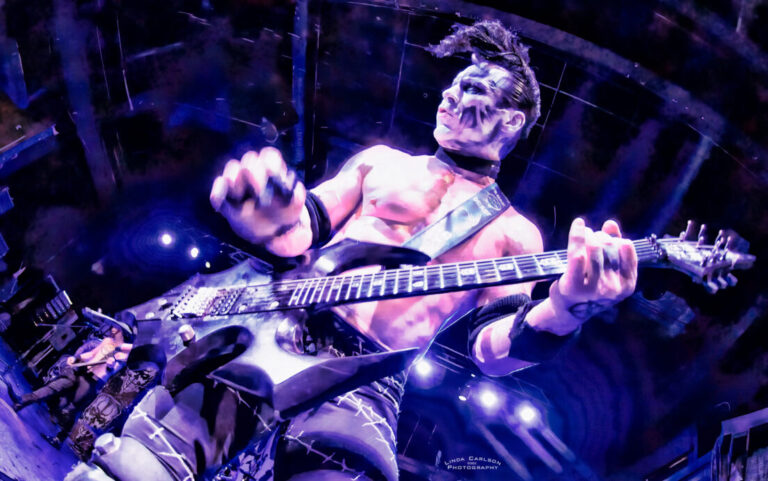 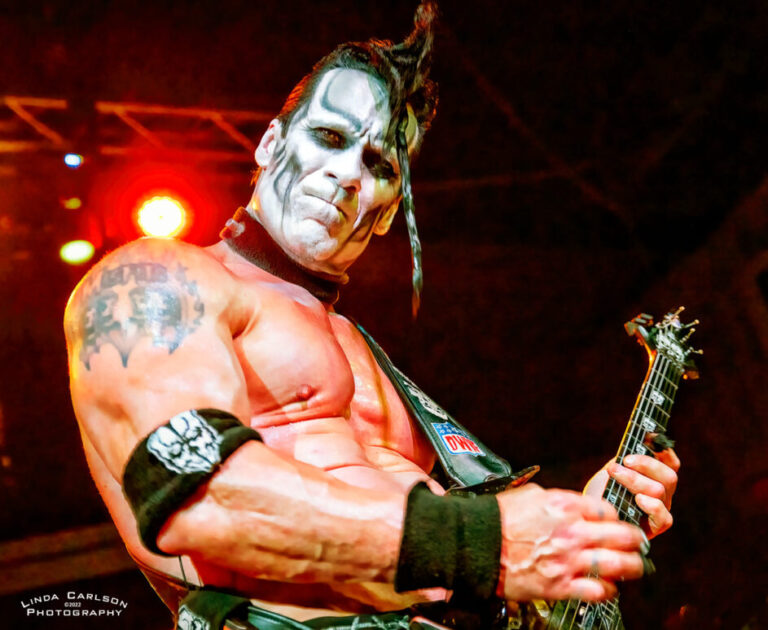 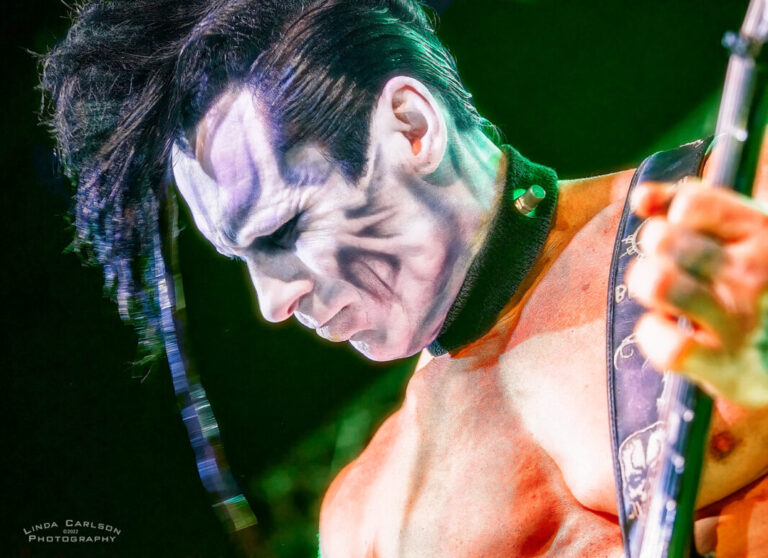 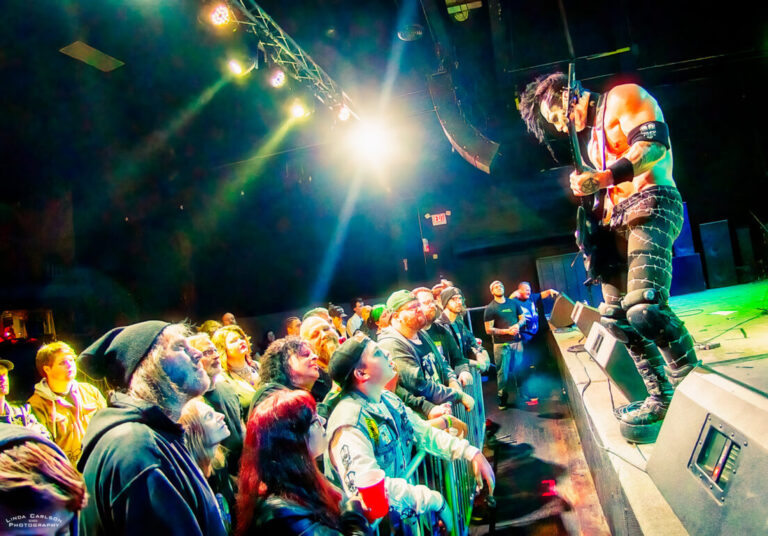 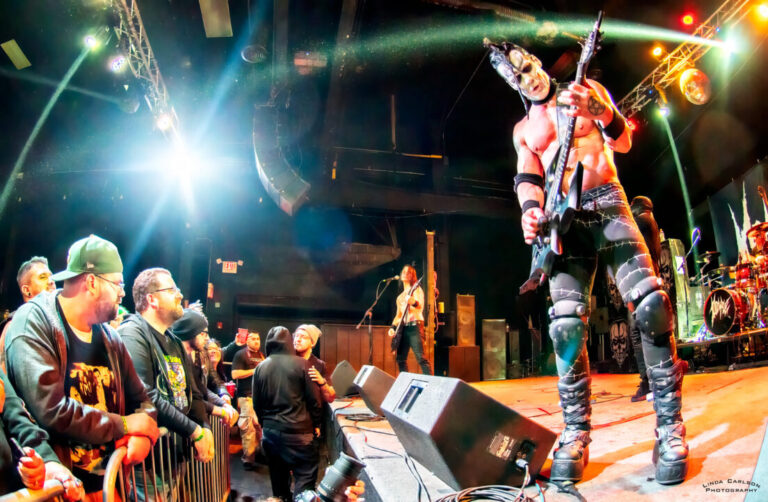 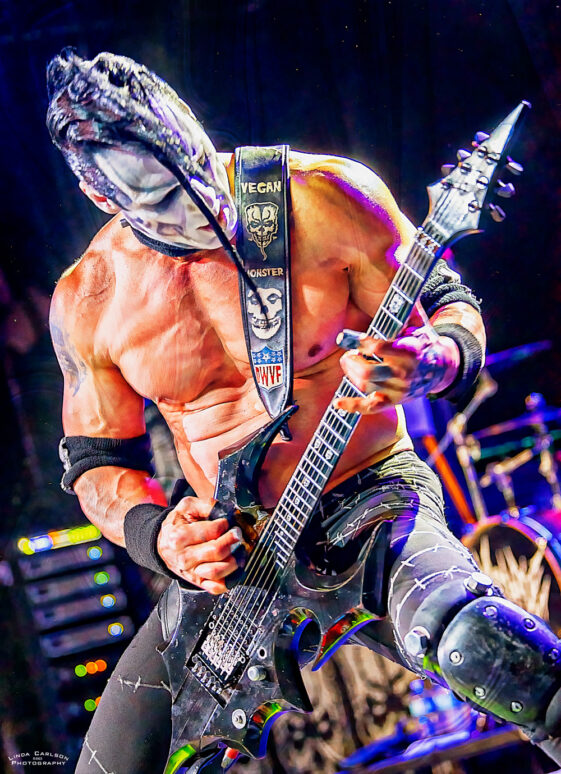 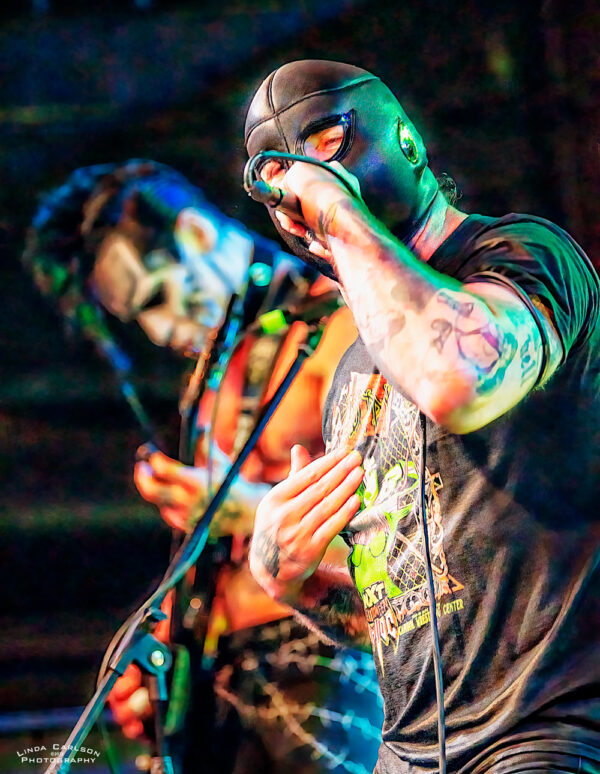 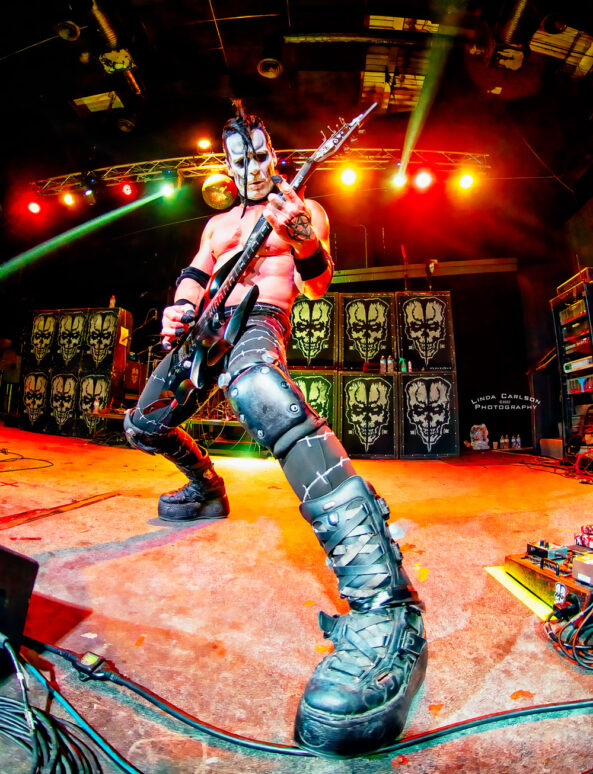 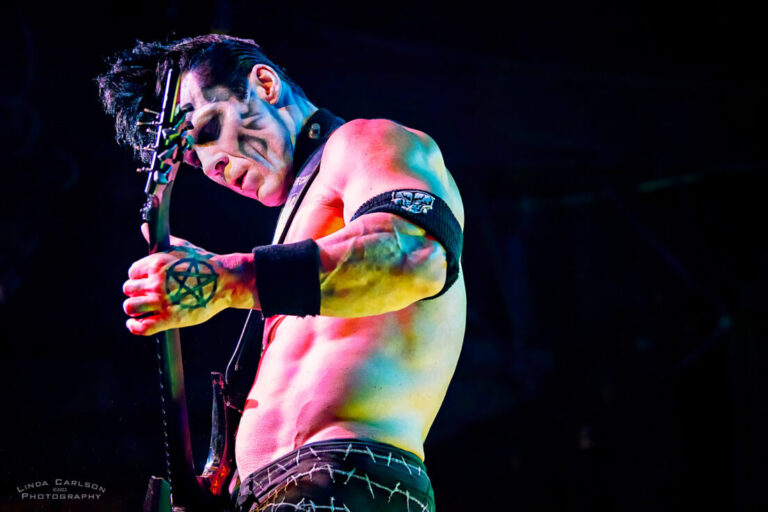 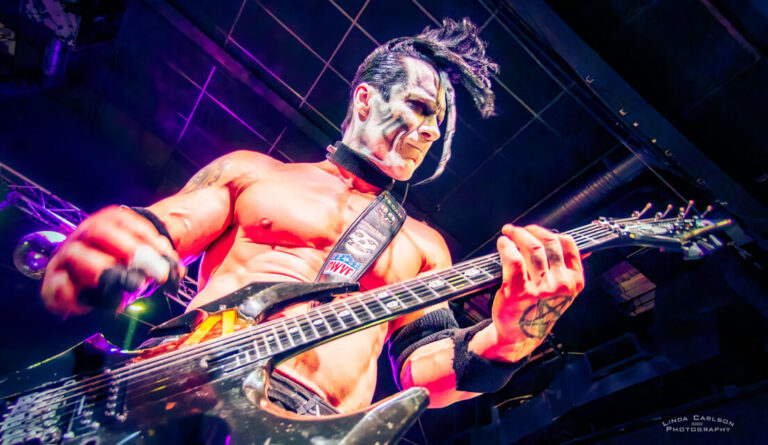 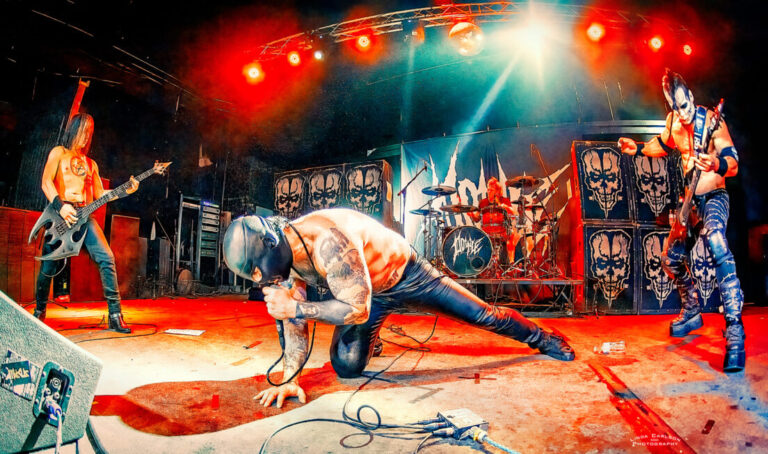