Houston, TX — If you are a movie buff and enjoy tokusatsu and kaiju films, you might know the word Gojira as the original Japanese title for the 1954 classic “Godzilla,” but if you’re a hard rock and metal fan, you know Gojira as the French band that kicks some serious butt. Either way, they’re both known for being a massive destructive force capable of knocking down huge objects with little to no effort. In the latter’s case, Gojira’s force comes from the massive guitars, bass, and drums that sonically knocked down everyone in attendance at the sold-out show at Houston’s White Oak Music Hall, on the evening of April 30th, in support of the Deftones’ Summer 2022 tour. 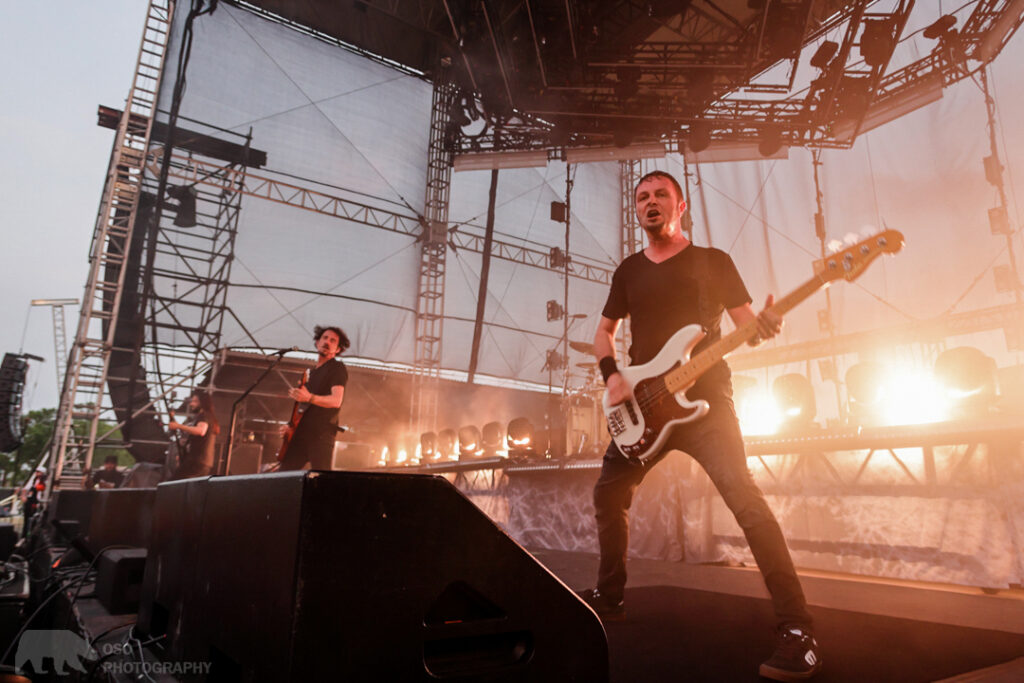 At the time that Gojira was scheduled to take the stage, the sun was barely starting to set, so there was plenty of light out. This made it possible for the lucky fans on the right side of the venue to see when the band walked from their tour bus to backstage. The band received ever-growing cheers, with the band members waving and smiling to the crowd. A few minutes later they took the stage, starting their set with “Born for One Thing,” which is the first track off their latest studio album Fortitude. The song’s growing instrumental crescendo then leads to an explosion of heavy riffs, double-bass pedaling, and growling vocals – it was the perfect way to kick things off. Afterwards came an hour-long assault of more heavy riffs, solos, rumbling low end, and strong (much emphasis on the strong) drums with a lot of double bass. 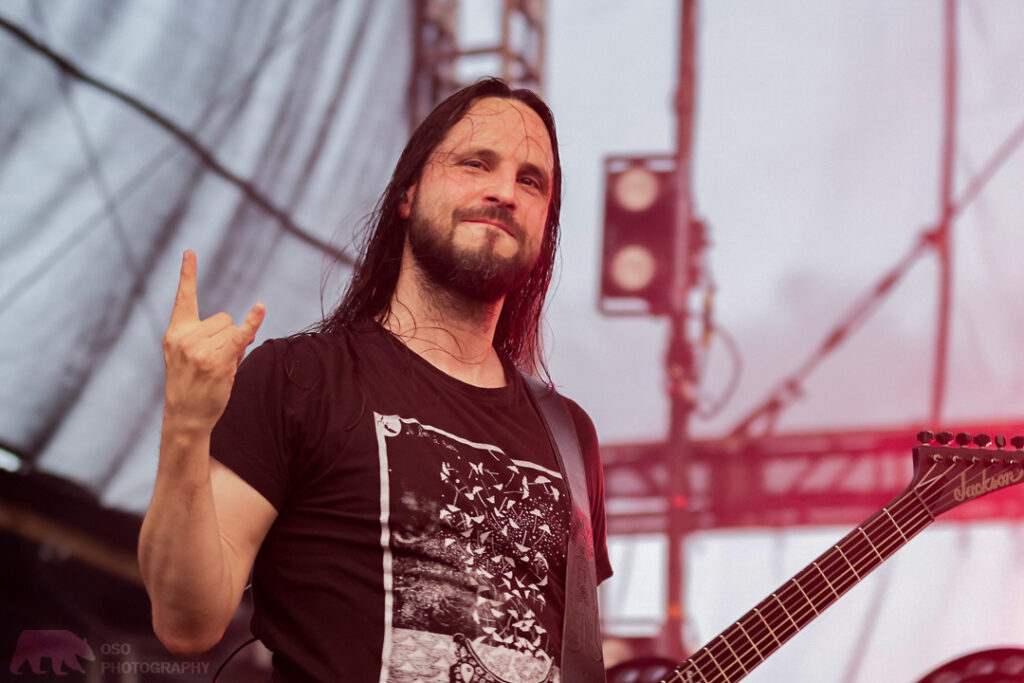 Gojira took a few rest breaks in between songs, mostly to address the crowd, throw out props to Houston, and more than once thank them for their patience. As with most tours, fans have been waiting on this tour to materialize since 2020. Once they got word that the tour was happening, it would get rescheduled, and forced fans to wait longer. As with most music fans and concert goers the all-too-familiar wait really exacerbated emotions at the concert, and this energy was felt throughout the show. Their setlist featured a medley of songs from multiple albums, but more emphasis was given to their newer singles from their 2021 release Fortitude, and 2016’s Magma. There was an absence of songs from their first two studio albums, Terra Incognita (2001) and The Link (2003), which could be due to the fact that this current tour was originally set to occur in 2020; this lull might have made the Frenchmen focus more on their last album and newer material, but whatever the case was, the crowd was definitely far from disappointed. 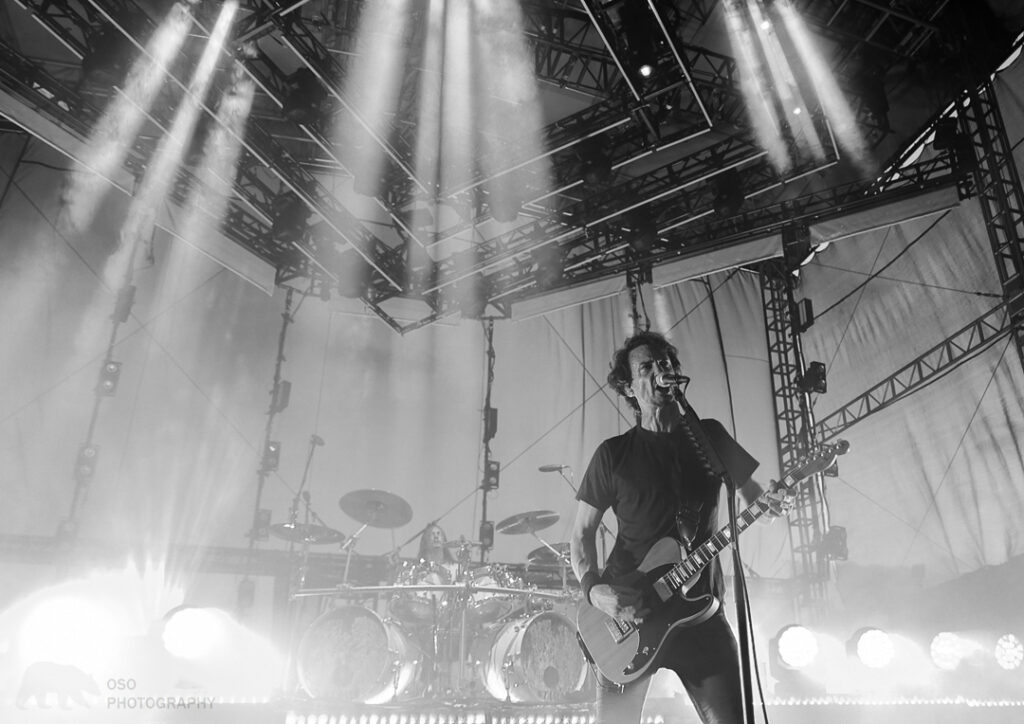 Things were brought to a close with “Amazonia” – an epic ode crafted to bring awareness to the destruction of the Amazonian rainforest. To anyone who follows closely what Gojira does, it should not be surprising to know that they are prominent activists with environmental issues, and with “Amazonia,” they mixed tremendous musical ability with lyrics such as “There’s fire in the sky/You’re in the Amazon/The greatest miracle/Is burning to the ground.” And with this, Gojira’s show – which was supplemented by a dazzling display of lasers and smoke – came to an end. While in the crowd I heard multiple times, “I didn’t know this band rocked so hard” or a variation of such, which means that after this concert Gojira might have recruited many more people to their fanbase. Despite touring as an opener they definitely held the attitude of a headliner, and after seeing multiple hashtags of #icameforGojira on social media, they were the headliner for much of the crowd. 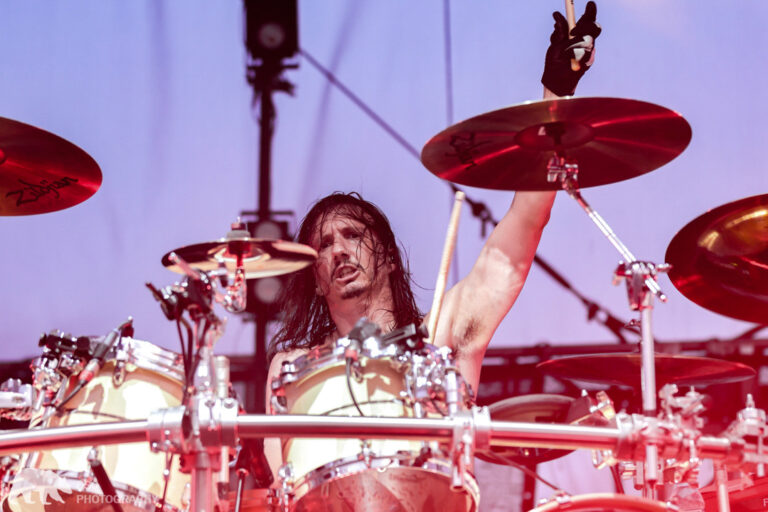 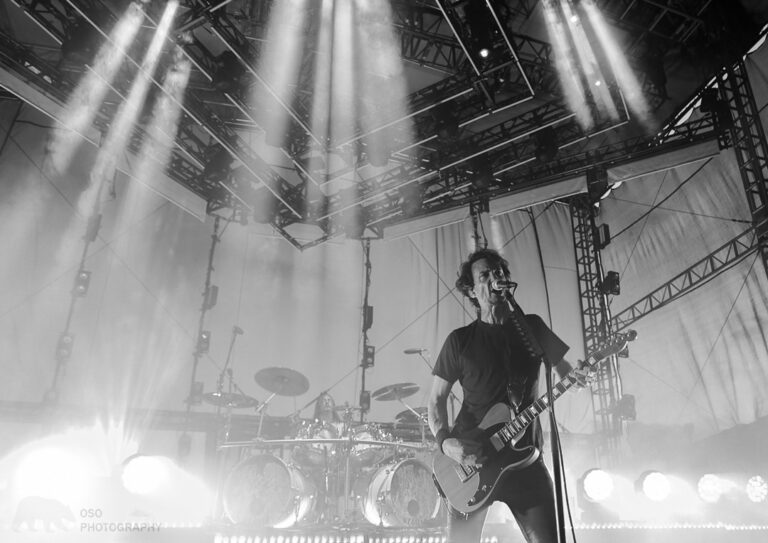 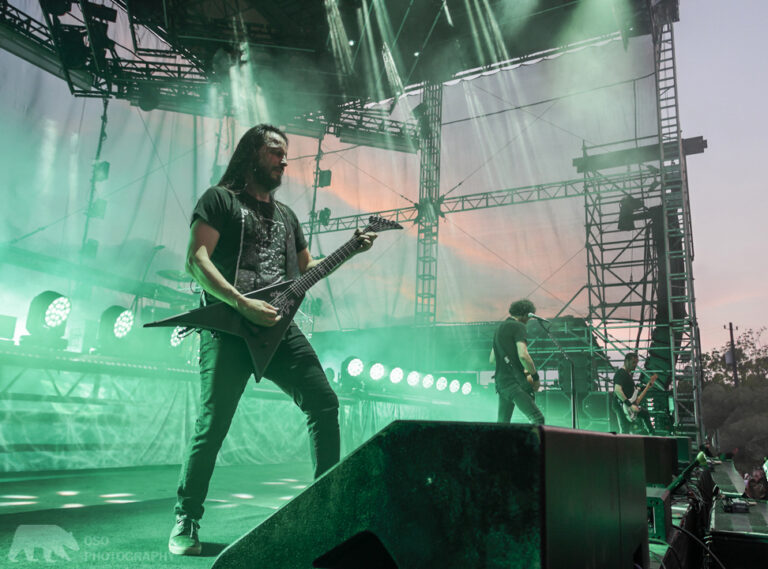 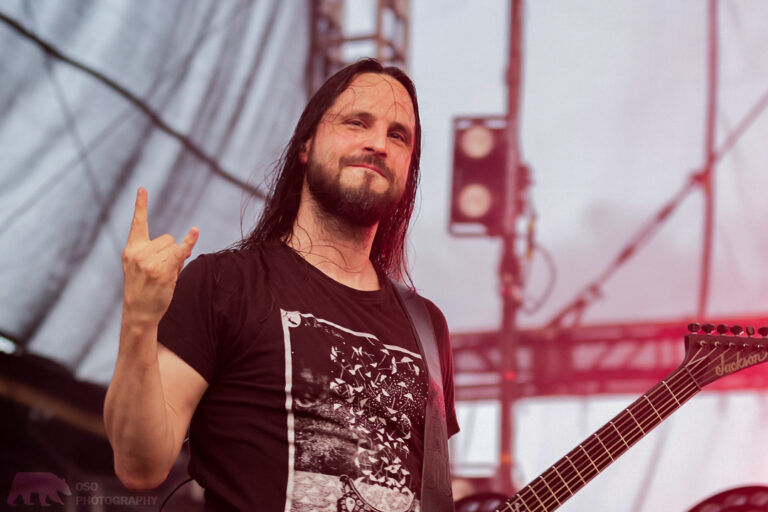 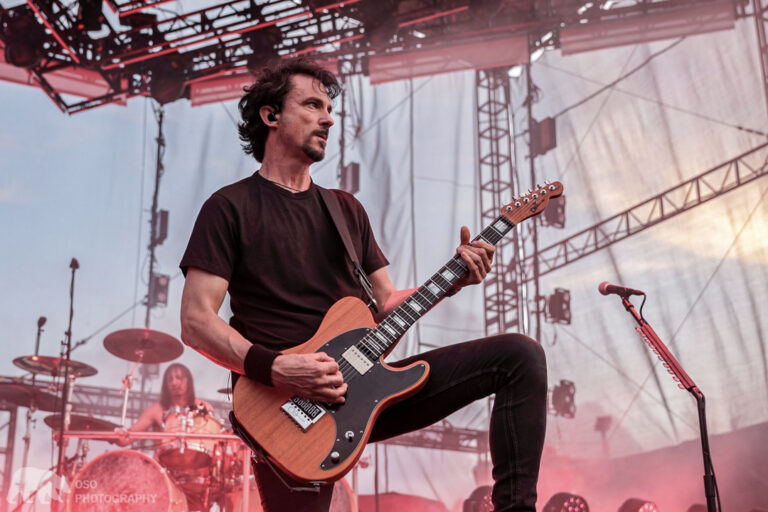 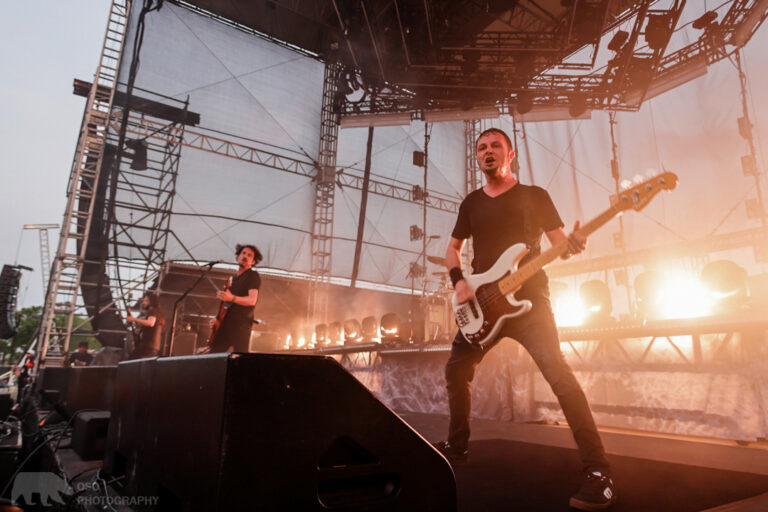 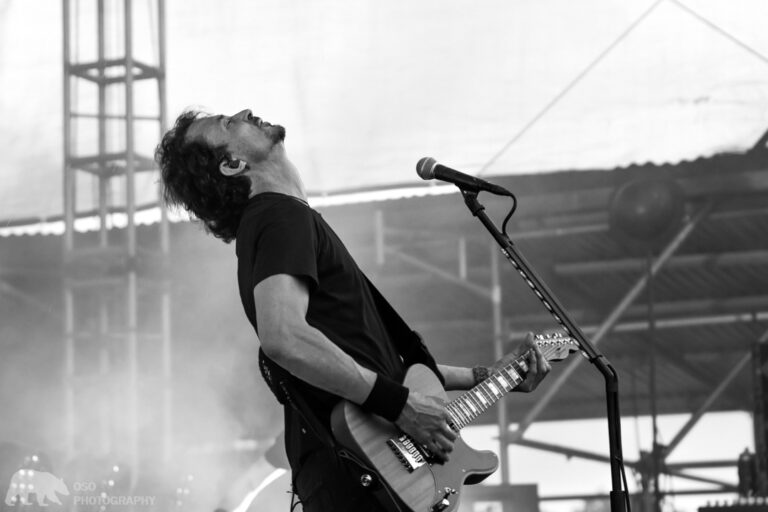 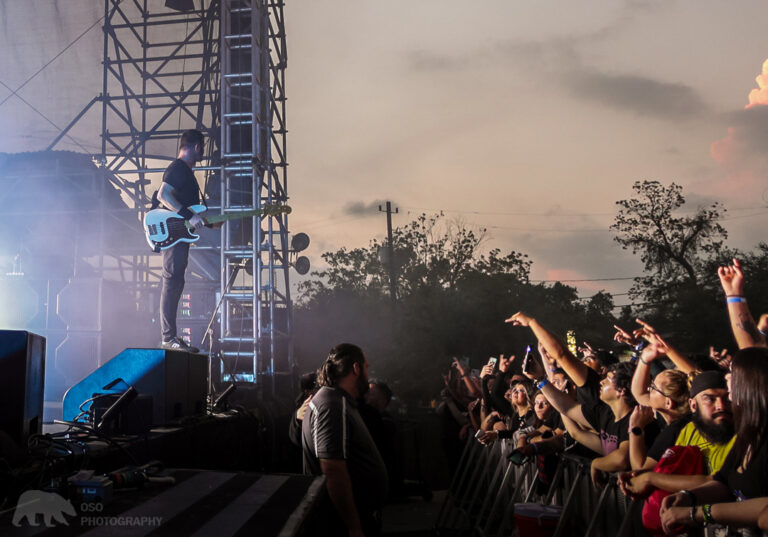 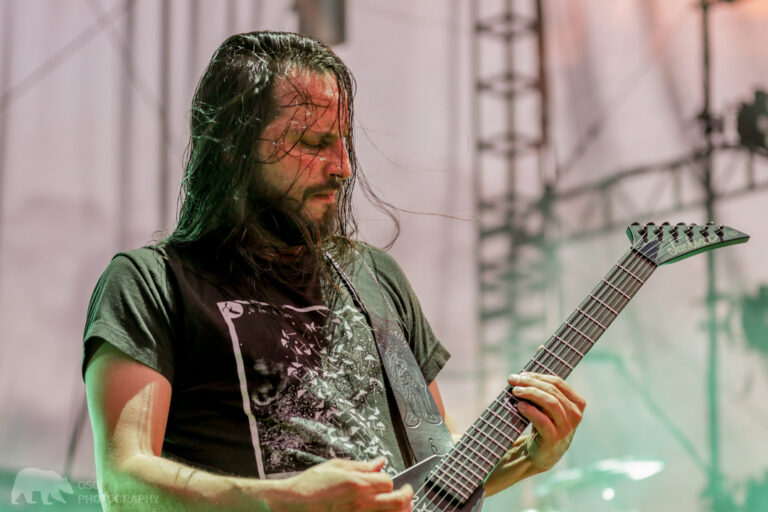 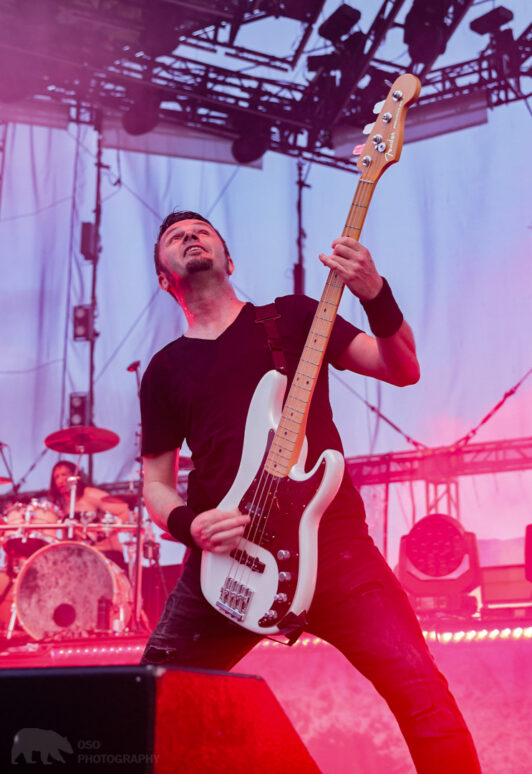