Louisville, KY— Don Henley, Joe Walsh, Timothy B. Schmit, Vince Gill and literally dozens of local orchestral players pulled it all together last night for the what became the perfectly performed, arranged, paced concert, in Louisville, in many years. The Eagles “Hotel California,” concert was a stunning achievement in an arena the size of the YUM Center, not particularly known for its sonic quality.  After playing the 1976 album start to finish, and after a brief break, the band that released their first album in 1972 would go on to play, in founding member Don Henley’s words, “everything else we know.”

As a hardcore music freak, peaking in the years encompassing 1970-79, and in a musical decade that devolved into corporate homogenous radio fodder, (see Kansas, Styx, Journey etc.) the Eagles were an introduction to California country rock to a post psychedelic audience hungry for new vinyl. For those who allowed it, Hotel California and the Eagles defined a generation. The idea that a band could perform their multi-platinum album 44 years after its release, in its entirety, flawlessly, is an achievement in itself. But make no mistake, this was not an oldies show catering to a 65 plus year-old audience. As proof that the songs are still fresh, alive and relevant, the bulk of the attentive audience was 35 to 65 year-olds. If there was ever a doubt about how their music affected you, their three hour show put that to rest.

The setlist was self-explanatory. Side one followed by side two of Hotel California. The second set was filled out with every huge song they had released either before or after. Don Henley’s voice has not suffered even an inch. At 74, he did not have to cheat the highest notes, transposing the key up and up and up on “Seven Bridges Road.”  When Henley picked up the phone in 2017 to ask country superstar Vince Gill if he would consider joining the Eagles, Gill didn’t waste a minute. The stellar multi-instrument player, with a beautiful high tenor voice to match has said he’s played on 1000 other people’s records which he enjoys more than playing on his own. For him, joining the Eagles

was not odd in the least. Gill admirably picks up a handful of songs that famously featured the lead vocals of the late Glenn Frey who passed away in 2016.  He has sometimes faced undeserved criticism for assuming this role. He has said more than once, “hell, even I  don’t want to hear me singing, “Lying Eyes,” and “Take It Easy.” On these and others of this evening’s gems, he did the Eagles and Frey himself proud.

Halfway through the first set, a curtain rose behind the band to reveal a full orchestra led by Jim Ed Norton, a man who has been credited with developing the west coast pop and rock genre beginning in the early 70s. Among hundreds of other achievements he arranged strings on Hotel California, so his participation added an immense authenticity to the tour.

Guitarist, singer, and formerly famous party animal Joe Walsh drew the most attention following Henley. He shined up and showed off his slide chops on his own original, “In the City.”  Walsh and Gill traded guitar licks on a spectacular surprise, the crushing penultimate closer, “Funk #9,” from Walsh’s notorious James Gang.

Timothy B. Schmit, the bassist who takes a backseat on most songs sparkled on the vocally challenging, “I Can’t Tell You Why,”

What was without a doubt the best entertainment the Yum Center had seen in many years wound up the evening’s entertainment with a rousing version of Grammy winner, “Heartache Tonight.”

The Hotel California Tour ends its USA leg May 28th in Las Vegas, then heads to Europe with shows through June. Head to https://eagle.com/news for more official information. 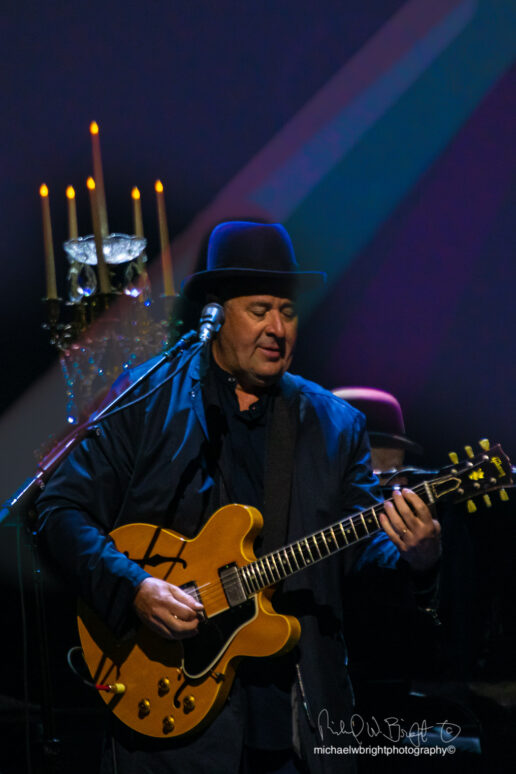 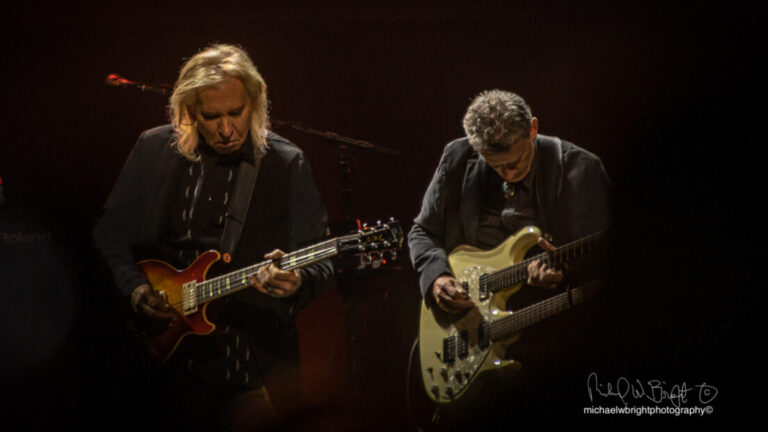 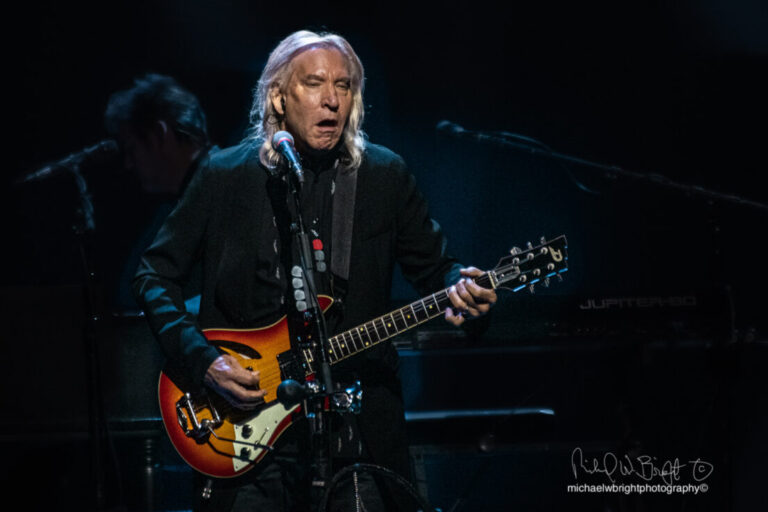 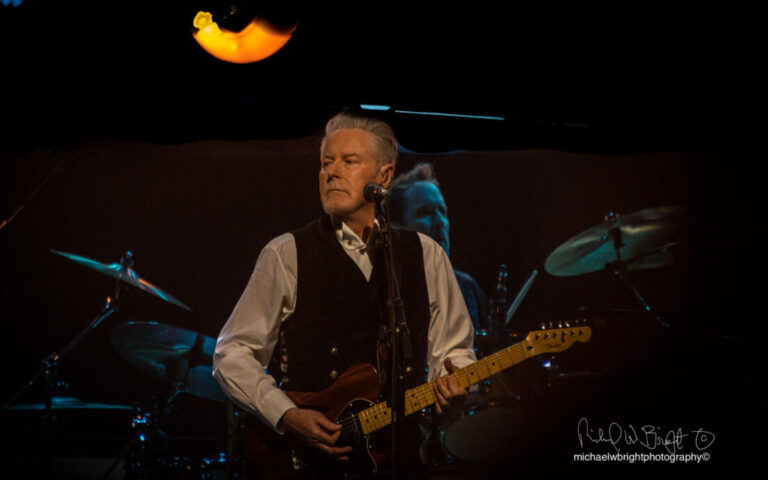 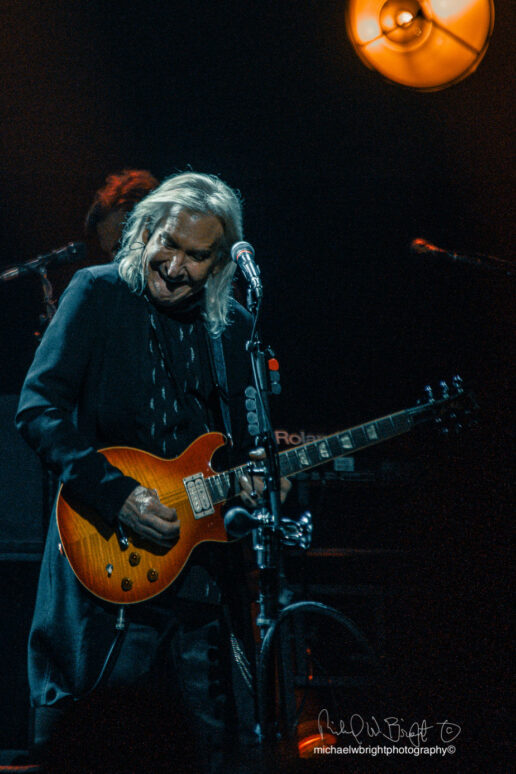