The mood at Bogart’s was not dampened by the day’s clouds and rain.  The venue was brimming with young fans vying for position to experience opener THE BLSSM and headliner Role Model, both young performers in the pop music / hip hop scene.  The upbeat performances were just what this crowd (and let’s face it, pretty much everyone) craved.

THE BLSSM is Lily Lizotte, a young vocalist currently based in Los Angeles.  Previously named THE BLOSSOM, the band stylized their brand by removing the vowels, allowing fans to envision “BLISS” within the band’s name.  We could all use some bliss!

THE BLSSM’s performance was well-received, and was a good fit for Role Model’s headlining show.  Lizotte worked the stage with an infectious grin, moving with confidence and plenty of playful skips, hops and spins.  Songs were upbeat and sung with bright eyes and smiles.

The BLSSM set was quite impressive, providing about 40 minutes of pumped-up entertainment:

In 2021, THE BLSSM released their debut EP “97 Blossom” that addresses issues like gender, anxiety, depression and self-discovery.

THE BLSSM are promoting their latest EP, “PURE ENERGY,” which was released on April 29th.

Although the tour has come to a close, you can still catch THE BLSSM at Outside Lands and Life is Beautiful music festivals.  Check both bands’ websites for upcoming tour dates (BLSSM, Role Model). 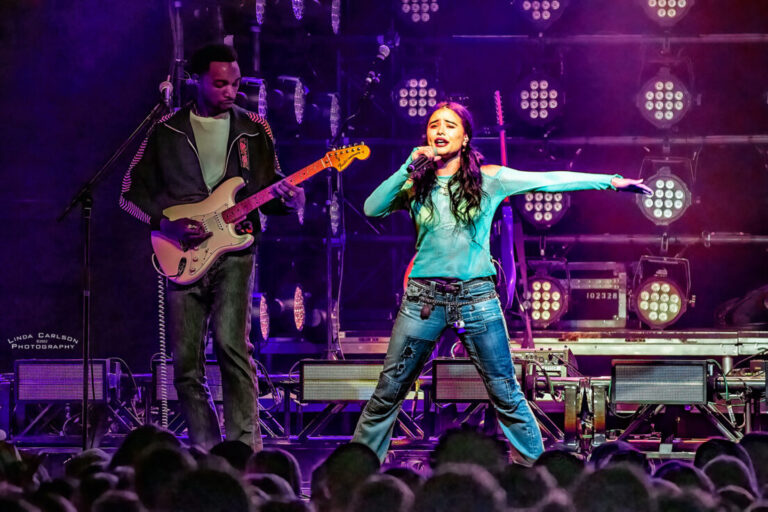 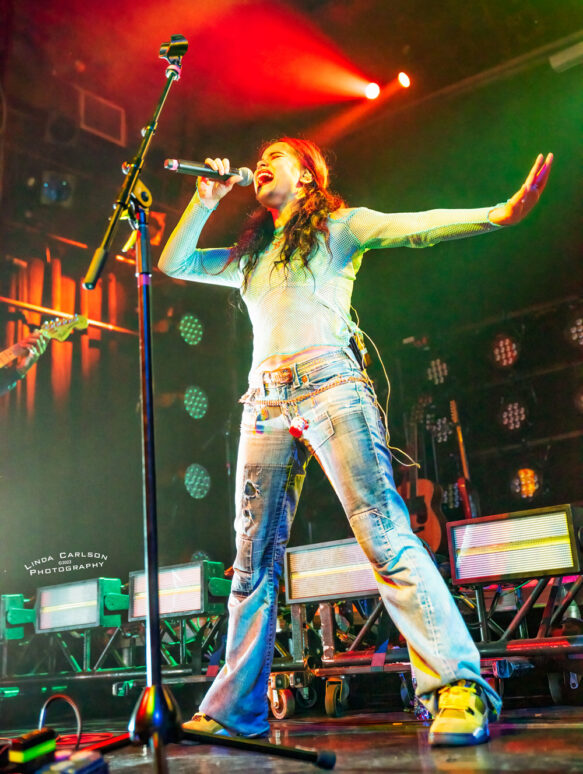 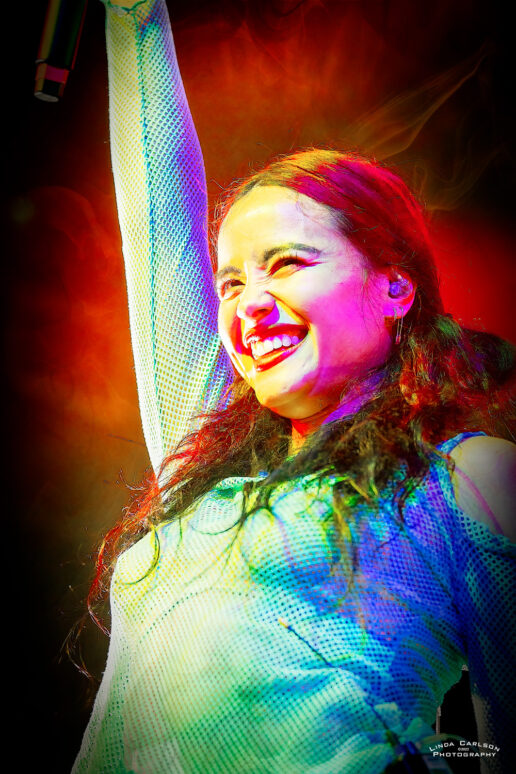 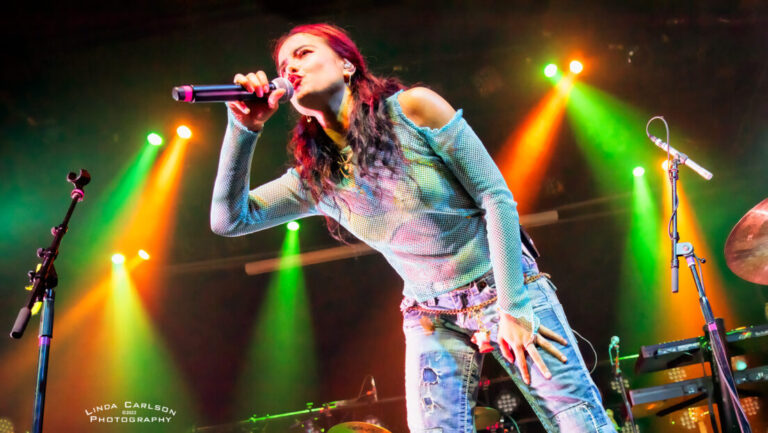 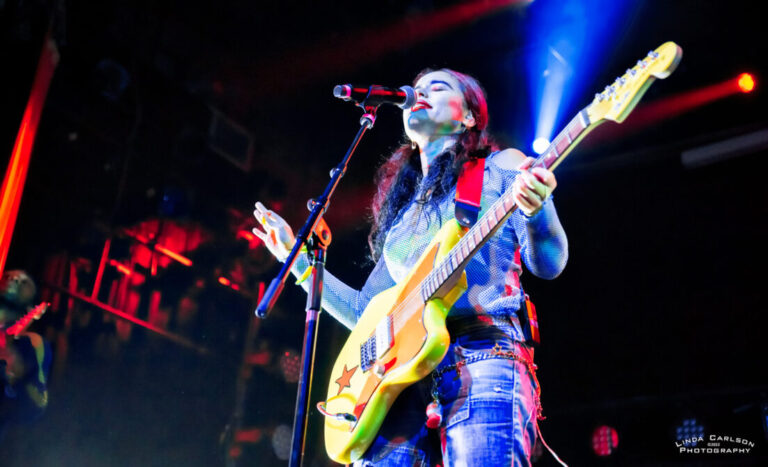 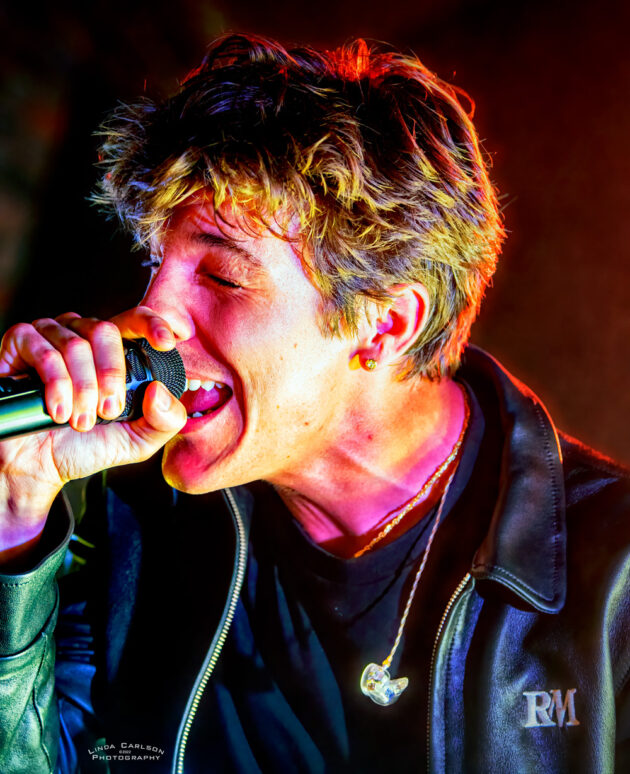 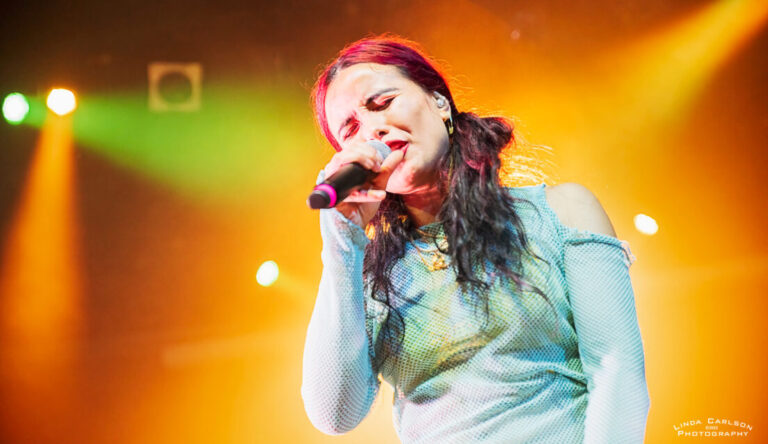 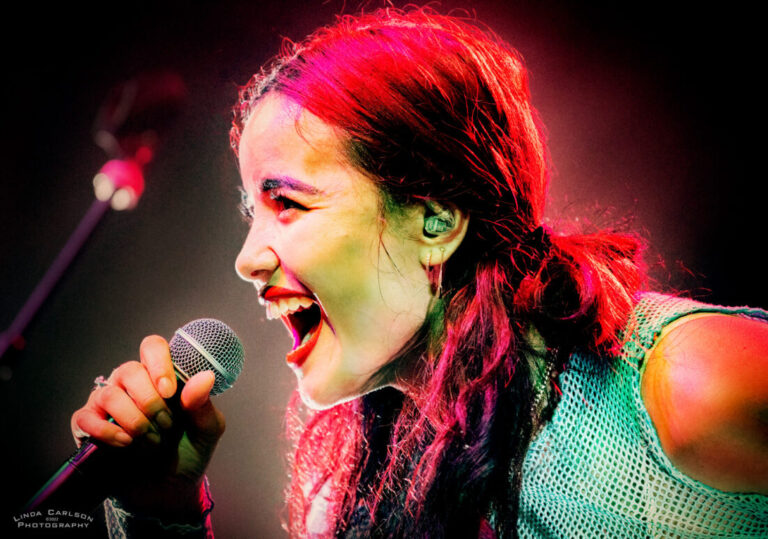