Mason, OH – It was a spectacular day to spend outdoors with family and friends to celebrate the 4th of July (albeit a day early).  Warm, but not oppressive, sunny and bright – you couldn’t ask for a better day to be outside.  Red Rhythm and Boom is an annual event put on by the city of Mason, north of Cincinnati and home of King’s Island Amusement Park (50 years!) and suburban bliss, as a thank-you to residents.

Due to the pandemic, it had been a few years since Red Rhythm and Boom took place, and Mason residents were ready to resume the tradition.  Amid bouncy houses and other kids’ games, a stage was set up for an evening of musical entertainment, followed by fireworks.  Americana at its best.

First on the stage was The ReUnion of Souls, which is comprised of four of the founding members of Blessid Union of Souls, a band that gained notoriety in the 1990s, charting a number of singles (“Hey, Leonardo,” “I Believe,” “Let Me Be The One”).

The show was a homecoming of sorts, as Blessid Union of Souls were originally from Cincinnati. The ReUnion of Souls band members are now scattered across the USA, with lead singer Eddie Hedges living in Los Angeles, drummer/keyboardist CP Roth residing in New York City, guitarist Jeff Pence calling Florida home, and bassist Tony Clark maintaining local roots in Cincinnati.  Despite this seemingly insurmountable bit of logistics, the band put on a cohesive and well-performed set.  Hedges has a natural skill for bringing people together in a unity that is sorely needed these days.  At one point, young local children and teens came on stage with signs offering positive statements of unity and love.  In a time of division and confusion in this country, this display of common love and joy was just the injection of positivity needed.

The headliner, Smash Mouth, hit the stage at 8:30PM.  And, my goodness, the crowd was ready!  When you put into perspective the appeal of this band, the collective enthusiasm and rapturous joy from the audience make sense.  The unrivaled charm and humor of America’s beloved Shrek movie has made Smash Mouth’s “All Star” (and remake of The Monkees’ “I’m a Believer”) a household favorite for all age groups, perpetually gaining new young fans every generation through family DVD and VHS tape stashes.

Zach Goode is new to Smash Mouth as lead vocalist following the departure of founding vocalist Steve Harwell in 2021, so it was interesting to observe how he melded with the band.  Could he gain the fans’ trust?  Could they embrace a new lead singer?  The answer was a resounding yes.  Goode was confident, playful, inspired and talented, and the entire 19-song set was an unabashed success.  Goode talked with the crowd, encouraged fans to respond, and even signed a sneaker thrown on stage by a young fan.  He donned a lighted cowboy hat that was, I believe, thrown on stage.  This was not a band “phoning it in.”

The sole remaining founding member of the band is bassist Paul De Lisle, who was joined along with Goode by drummer Randy Cooke, keyboardist Michael Klooster and guitarist Sean Hurwitz.

The set (below) was concluded by fireworks, which were slightly delayed to allow the band to play their final song, “All Star.”

Smash Mouth are promoting their latest single, aptly titled “4th of July.”  Check it out on the usual platforms.

Keep an eye on band websites for upcoming shows (www.smashmouth.com and www.reunionofsouls.com). 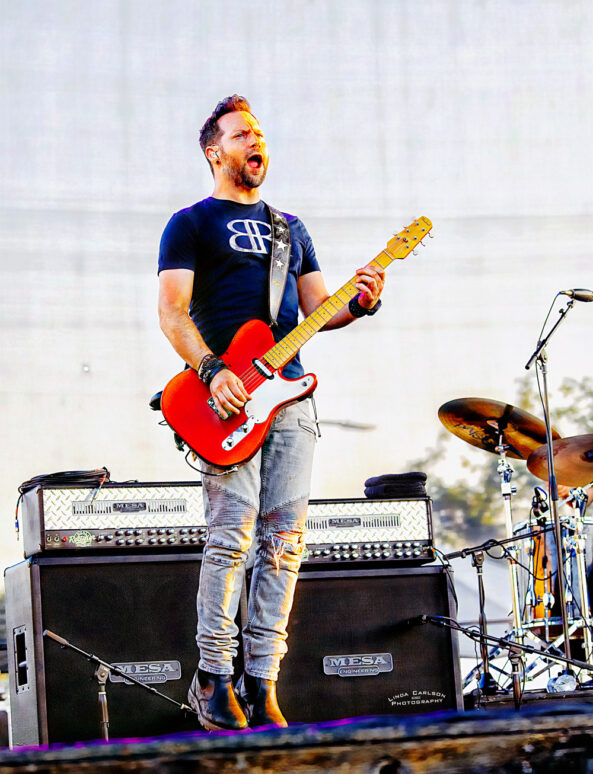 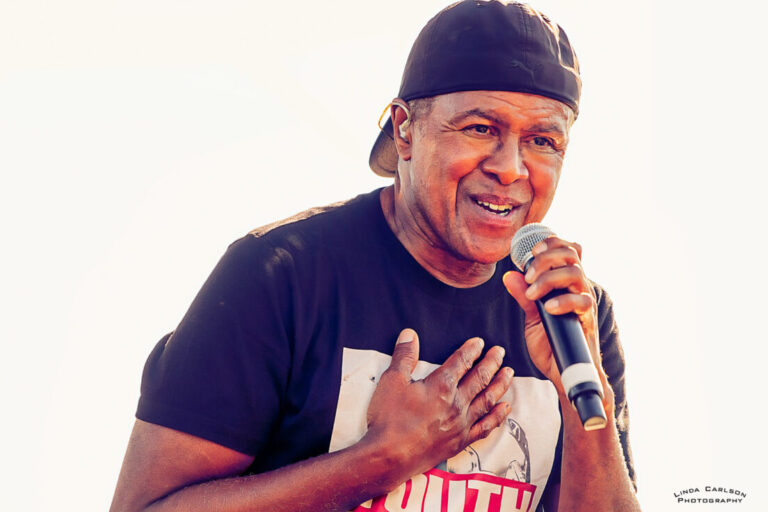 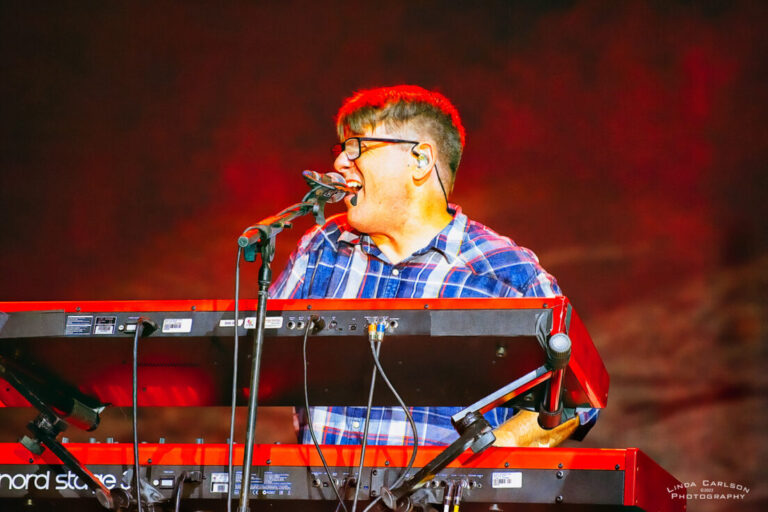 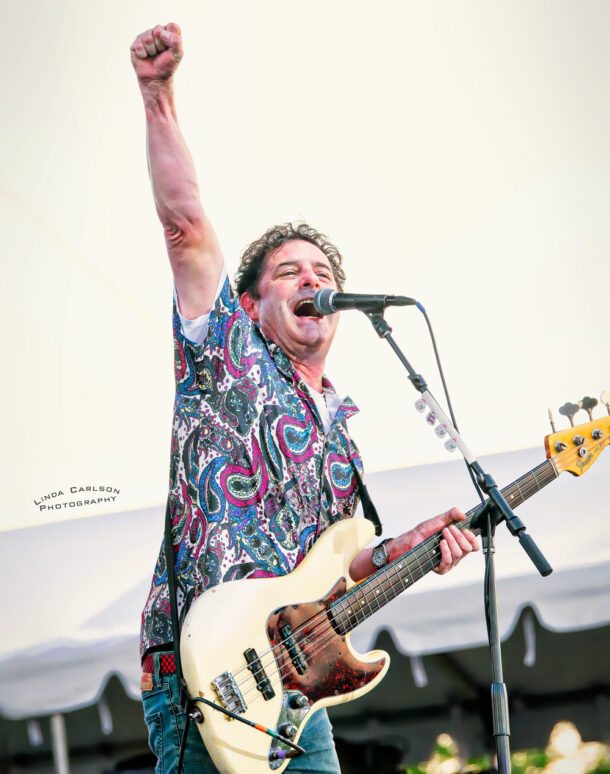 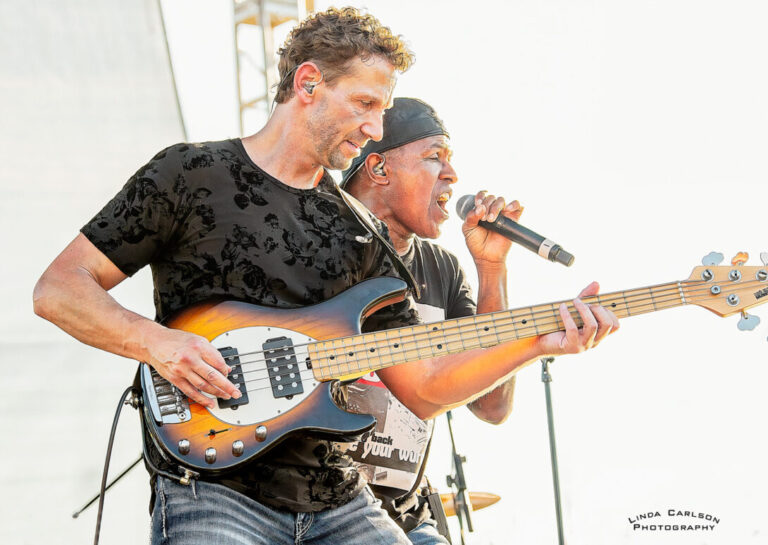 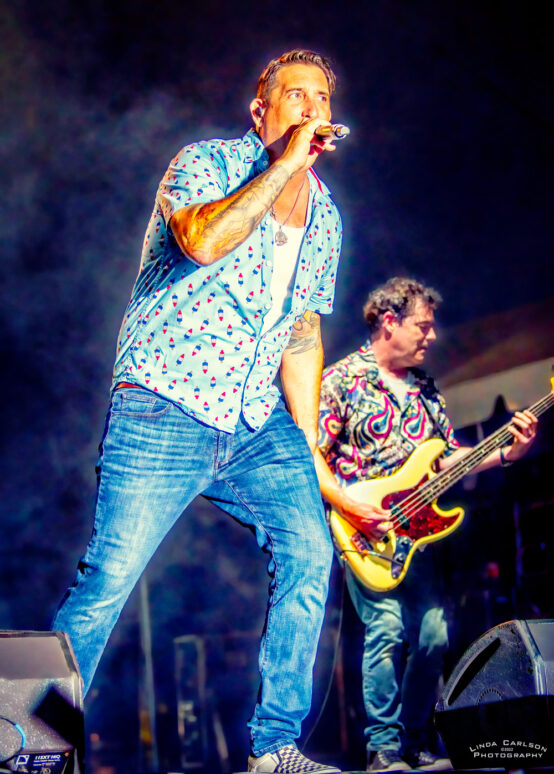 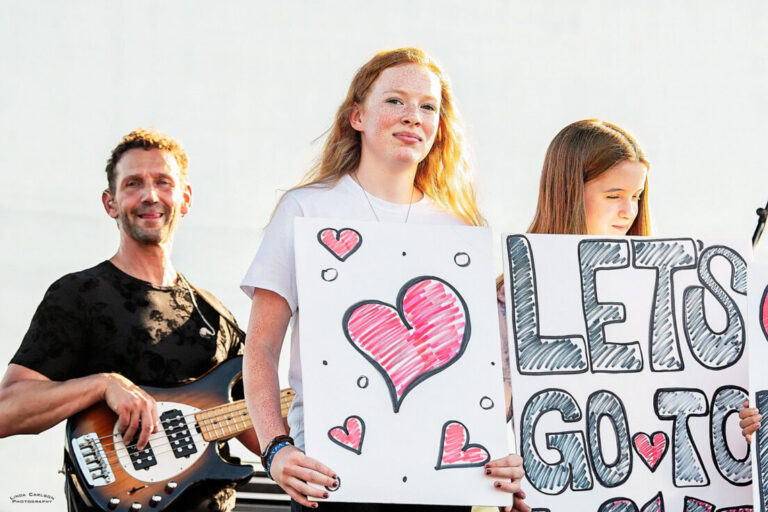 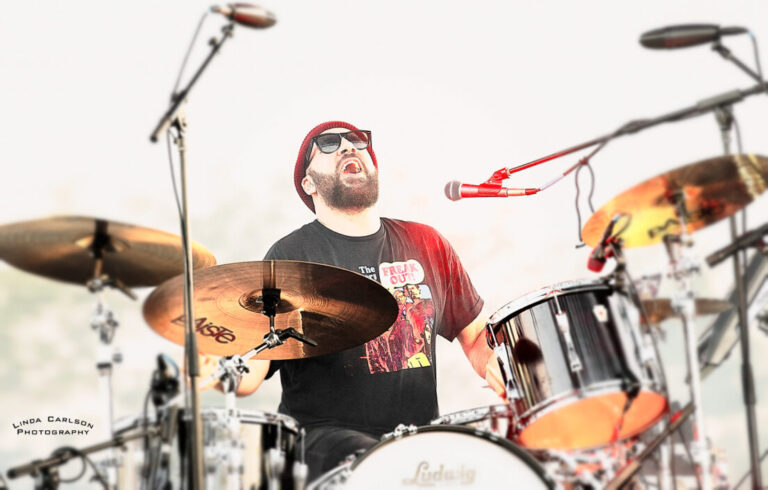 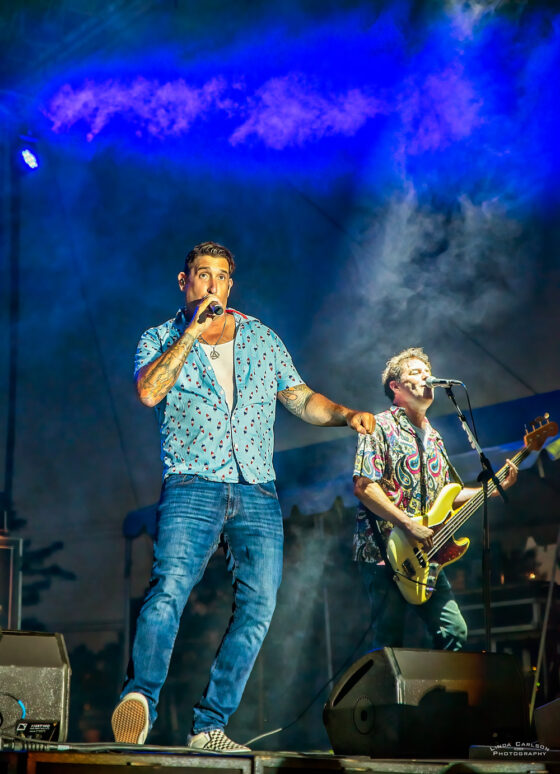 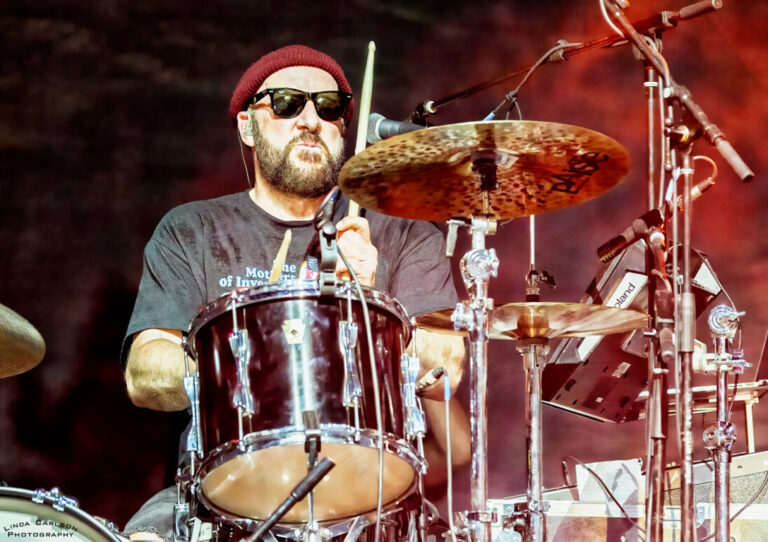 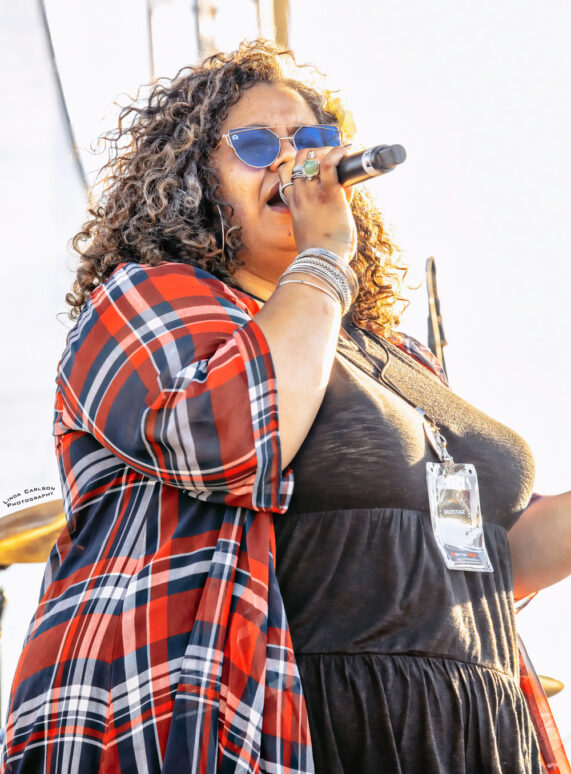 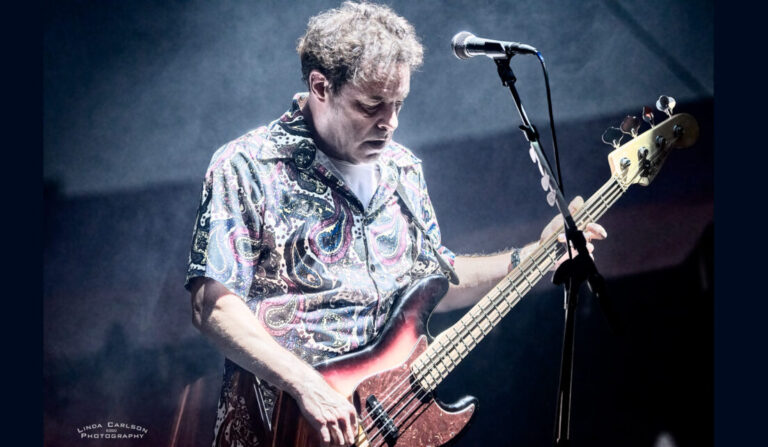 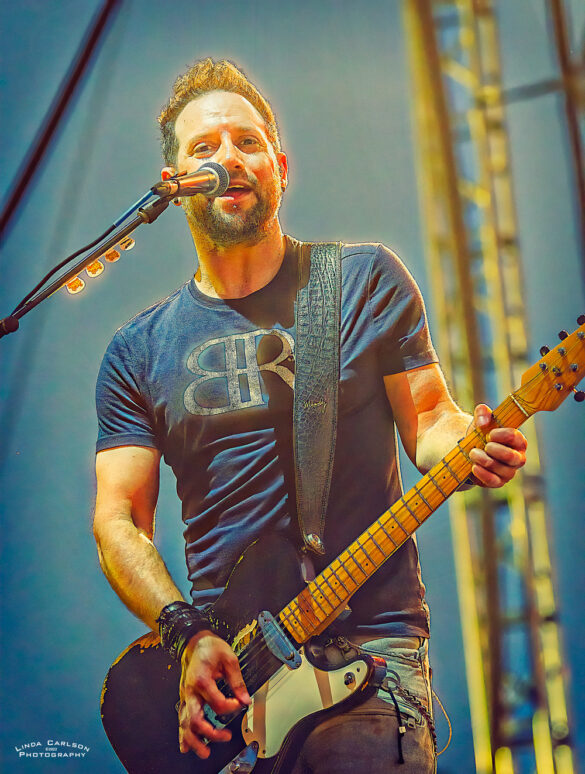 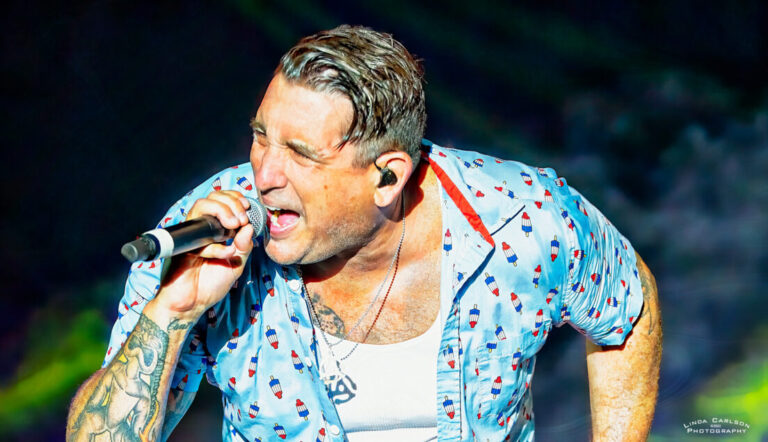 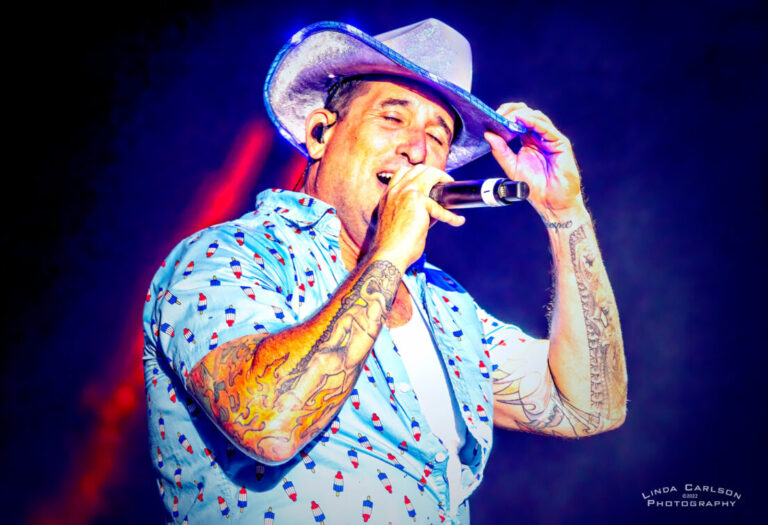 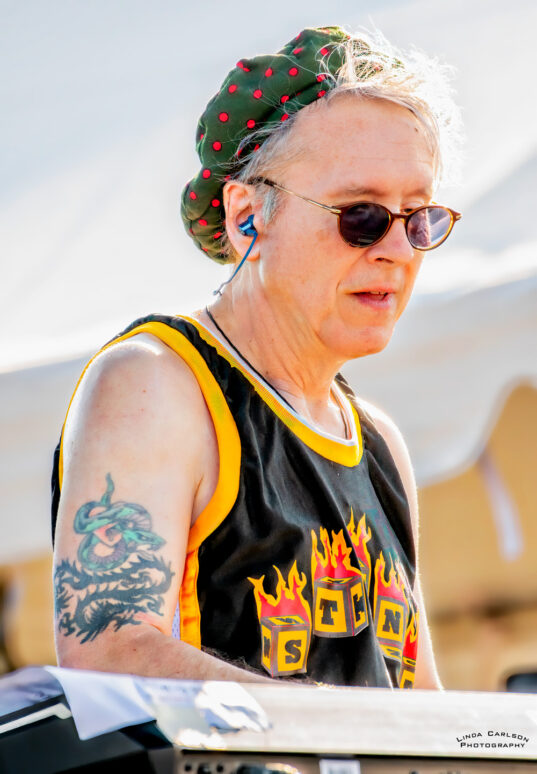 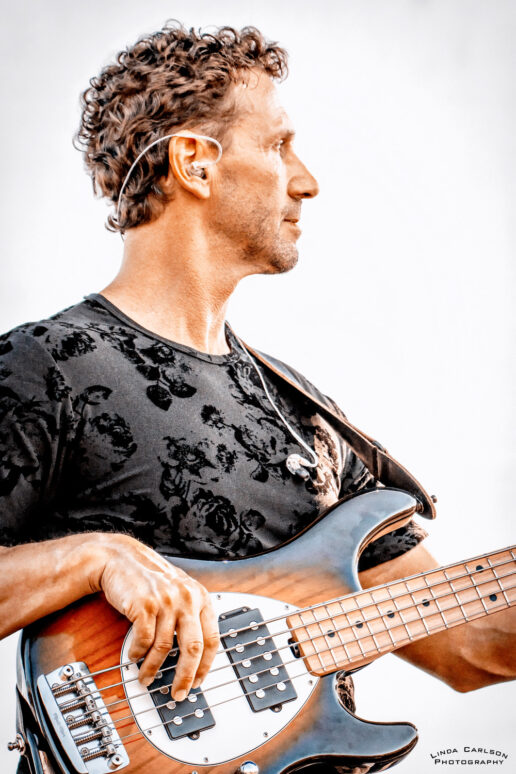 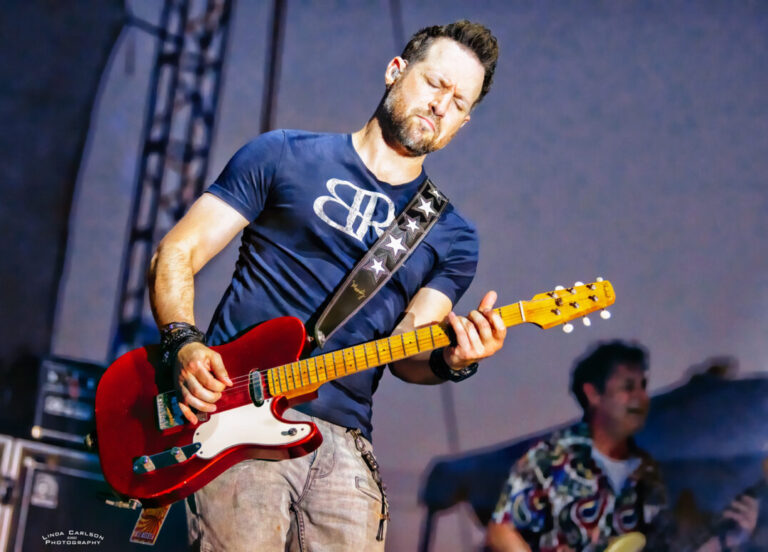 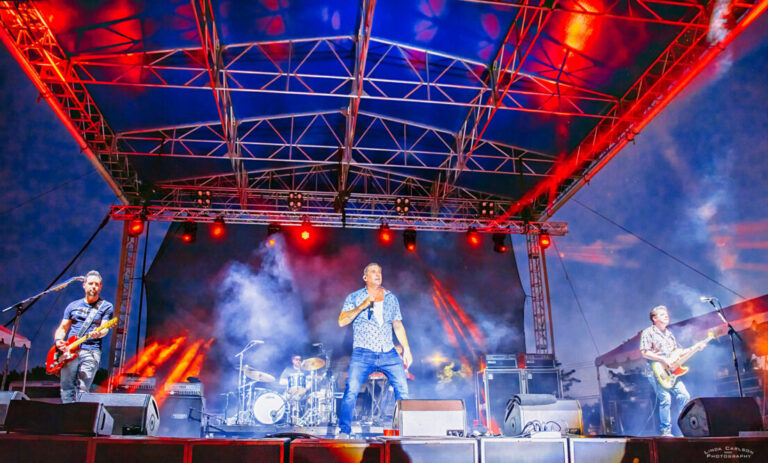