VIRGINIA BEACH, VA– A warm summer night was the perfect setting for a great concert line up. Three bands that worked together, either on stage supporting each other’s sets or by recording together in the past.

A powerful opening by the legendary Blues Traveler, and John Popper’s work on the harp is second to none. Celebrating their 35th anniversary, the set list featured an incredible performance by Popper playing the fiddle portion of “The Devil Went Down to Georgia” on his harp, flawlessly. 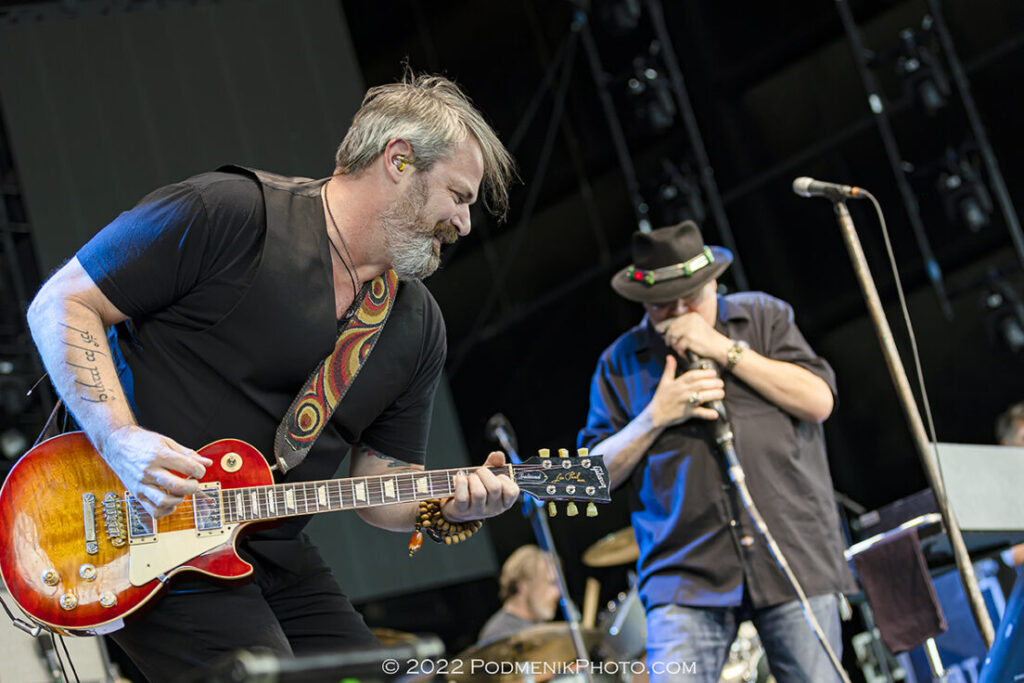 Jewel recently released album Freewheelin’ Woman, using her softly beautiful and flowing voice to tackle self-written lyrics that address womanhood and the challenges of independence. Her fierceness and singular intent was present in the first moments she stepped on the stage. Dressed in a bright red flowing woven dress and wide-brimmed hat, she used the venue as a forum not only for her music but also for putting forth opinion on current issues and observations, which she put into a new song “debut”. 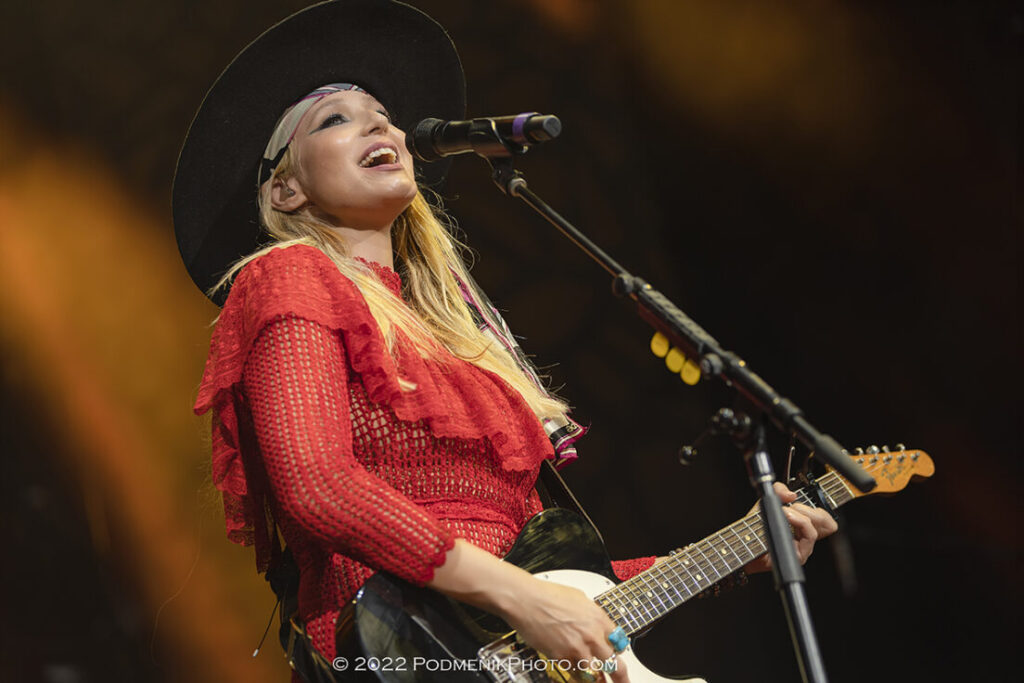 Explaining she had just written a new song- not on any album- for lack of a name, calling it an “offensive” song. She shared a personal story of overhearing a conversation, in which a word that referred to part of a woman’s body was used in an offensive and insulting manner. Jewel protested the use of the word, and used the experience as a springboard to declare in verse that women aren’t weak, that children shouldn’t overhear or be taught slurs. Quoting “it takes courage to be alive and to be who you really are,” the audience cheered in support. Jewel remarked mid-song, “Hang on, we are going to insult everyone.” She touched on sexism, misogyny, anti LBGT rhetoric, and other issues. In sum, she ended her statement with speaking of the need for people to stop generalizing and being hypocrites, with: “We’re all so stuck on our individuality, we forgot our… commonality”.

Also noteworthy, she introduced her young son Kase as he sat in on the drums to accompany her on “You Were Meant For Me”.

Jewel’s album also features a duet with Pat Monahan of Train on single “Dancing Slow”. While they did not perform that particular song in Virginia Beach, they did work together on Train’s set.

In turn, Jewel collaborated on “Turn the Radio Up” in Train’s 2022 album AM Gold. 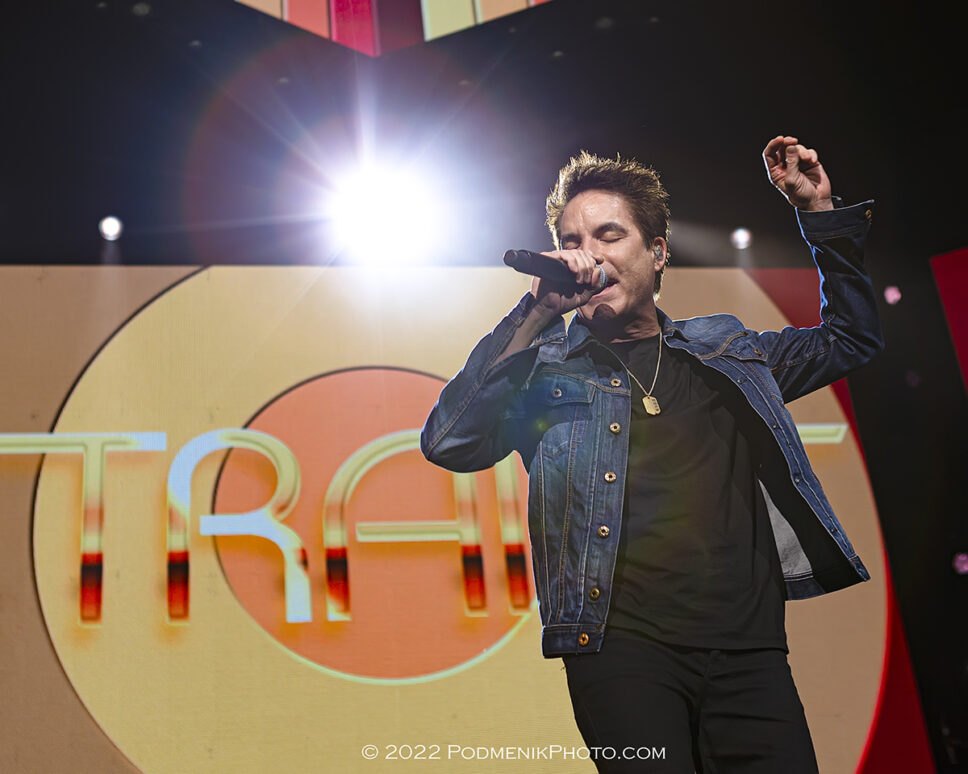 Train opened with “AM Gold”, the stage set basked in a golden glow with 70’s retro font on the back screen. An explosion of confetti floated over the audience and the entertainment with effects was non- stop. Second song was “Meet Virginia” and Pat Monahan made a show of throwing souvenir t-shirts out over the crowd, one of which was autographed by all the band members while onstage. The whole evening had a party-like atmosphere, with guest appearances by both John Popper and Jewel. Ample streamers, confetti, pyro effects were used and popular covers were woven into the setlist along with well-loved hits and newest work. In all, 22 songs in one evening for one band alone. Train is well worth experiencing, and the collaborations with Jewel and John Popper are icing on the cake for a must-see concert event. 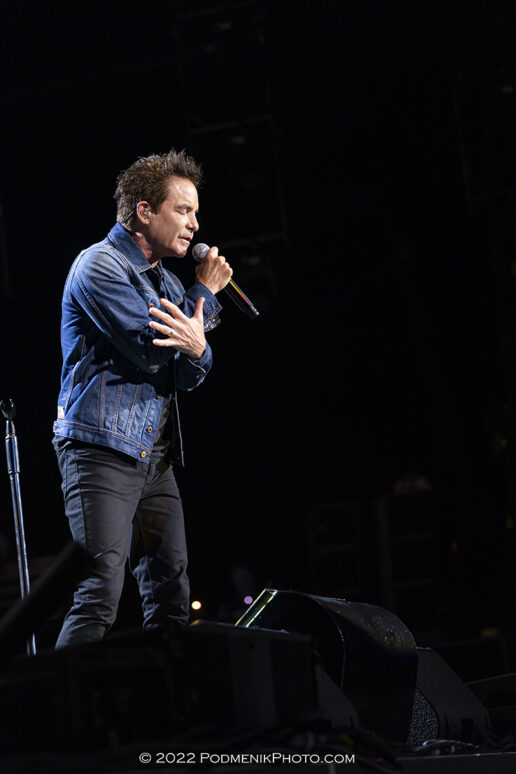 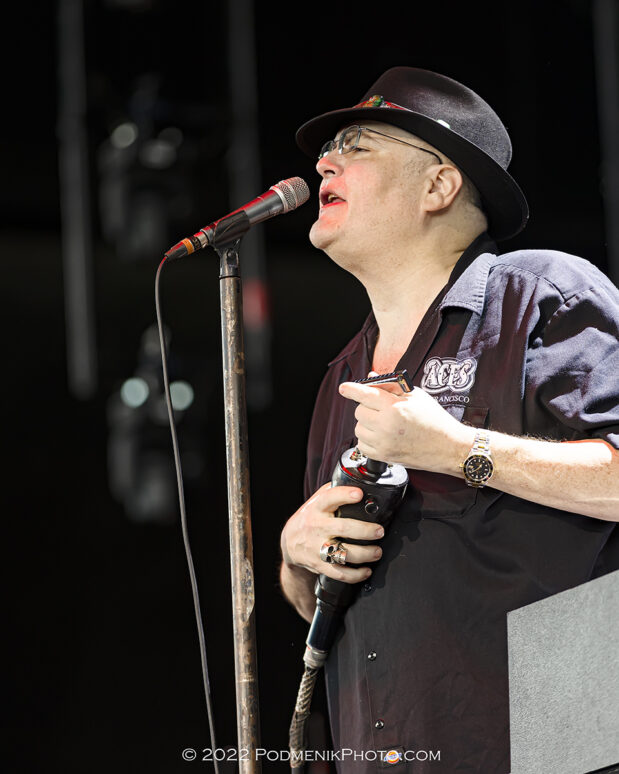 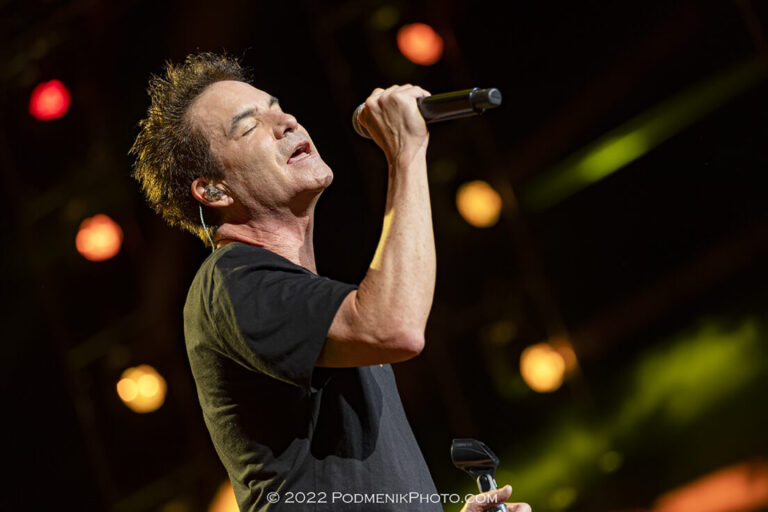 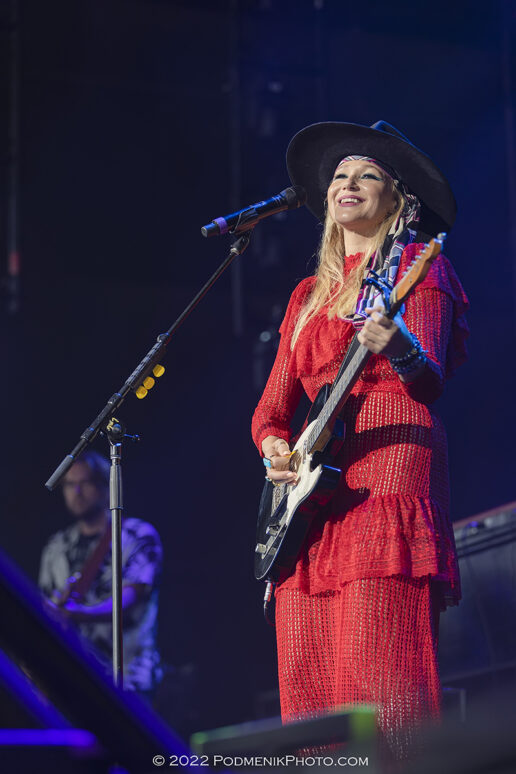 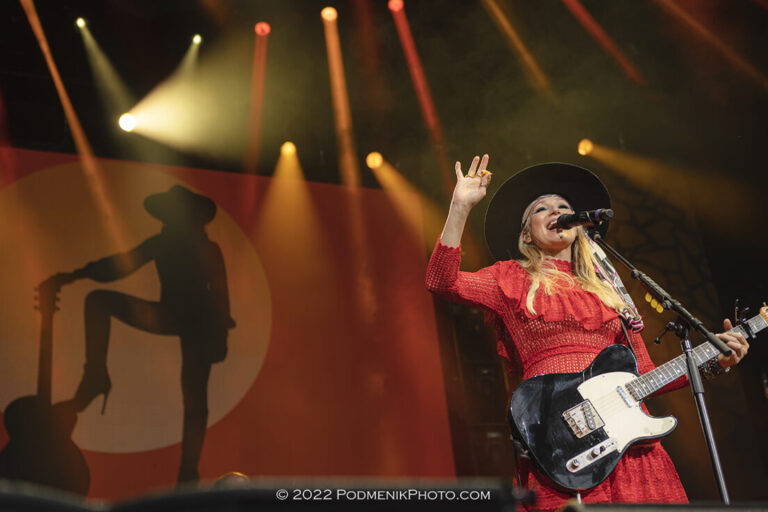 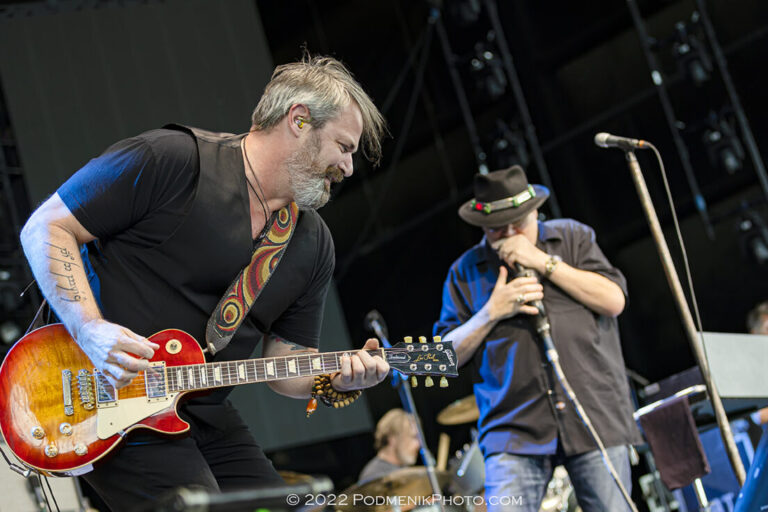 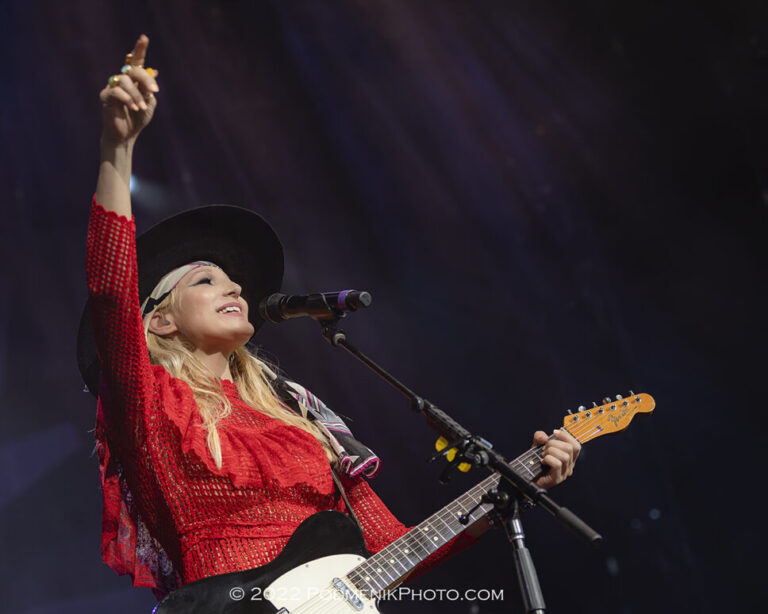 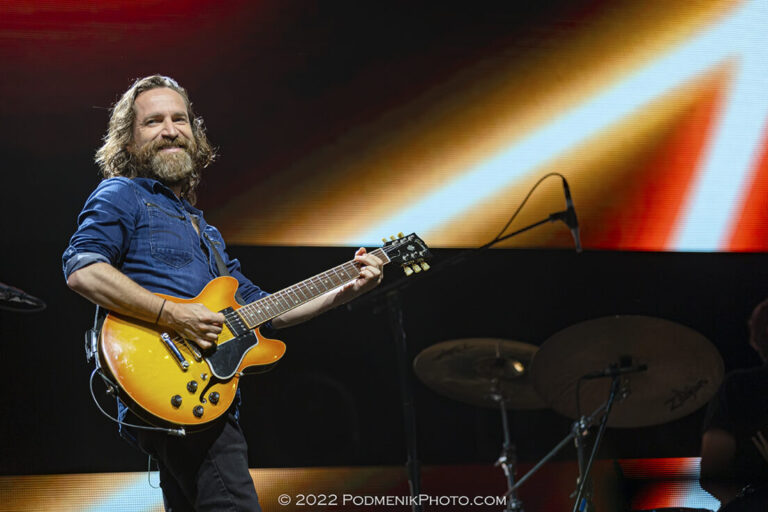 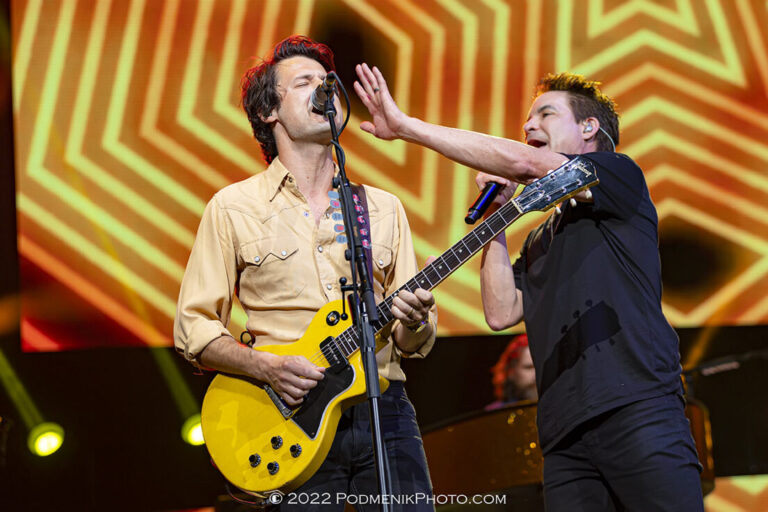 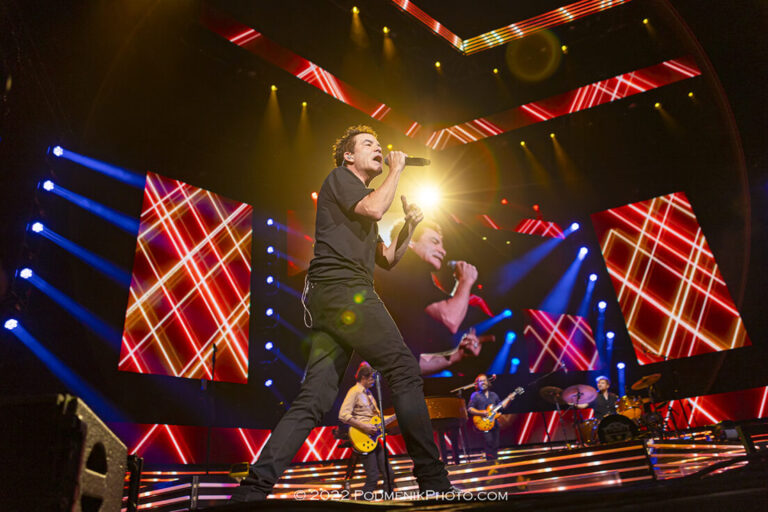 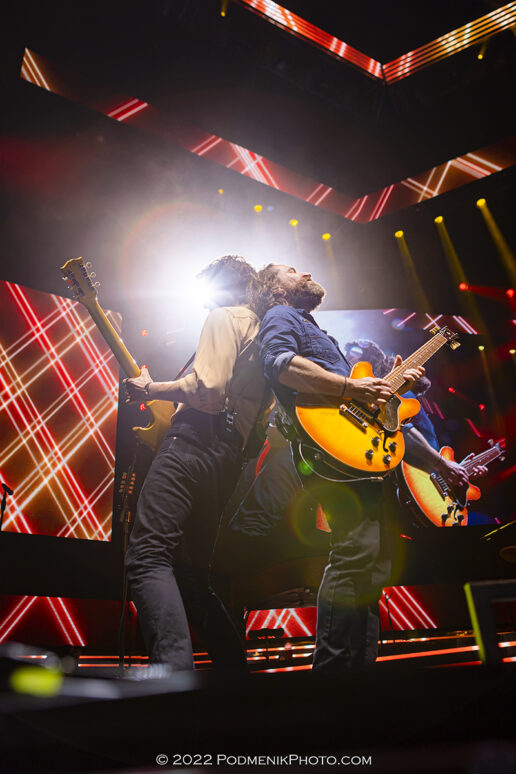 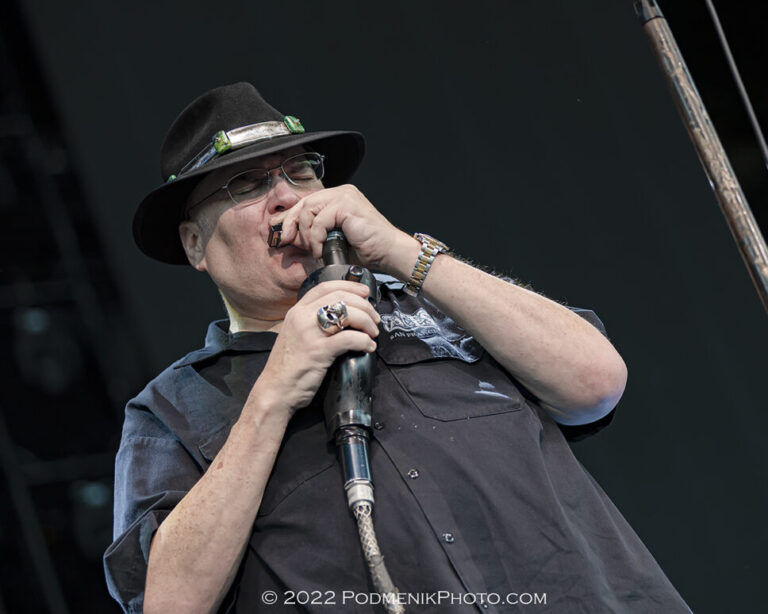 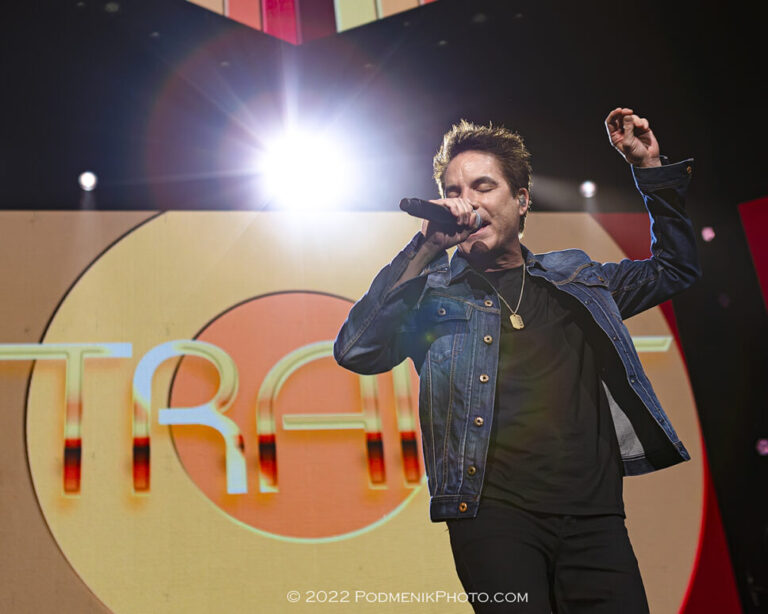 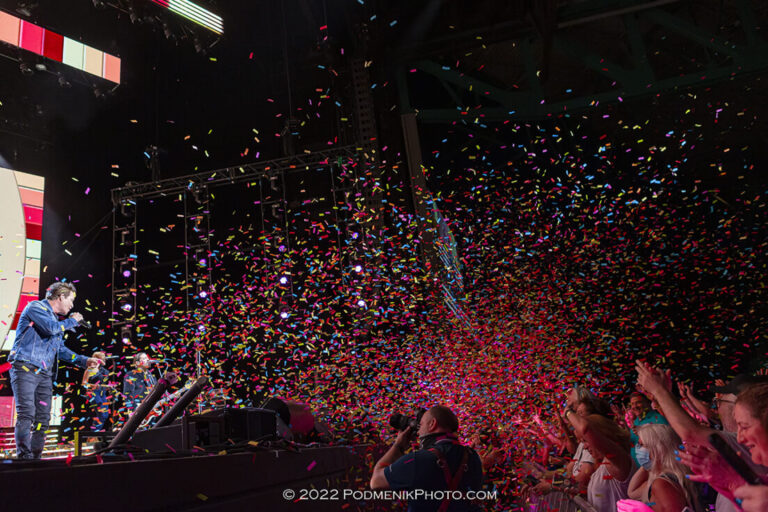 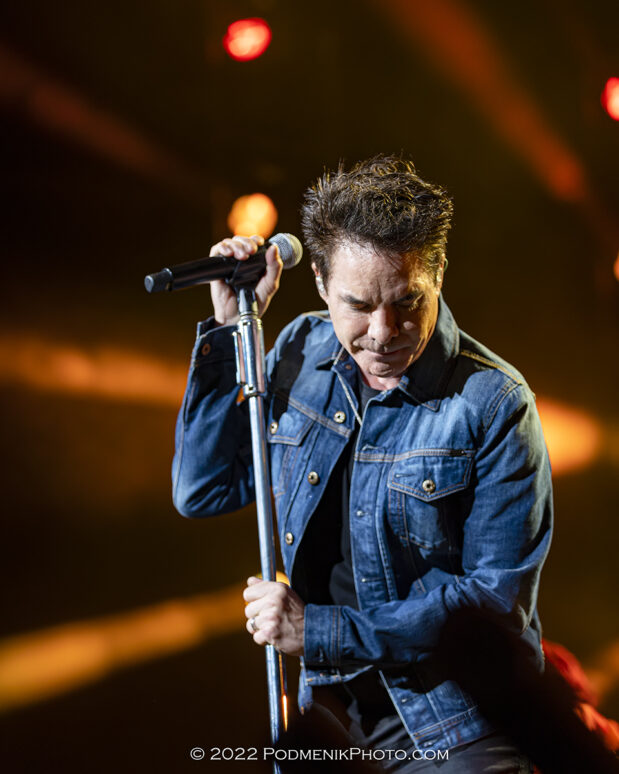 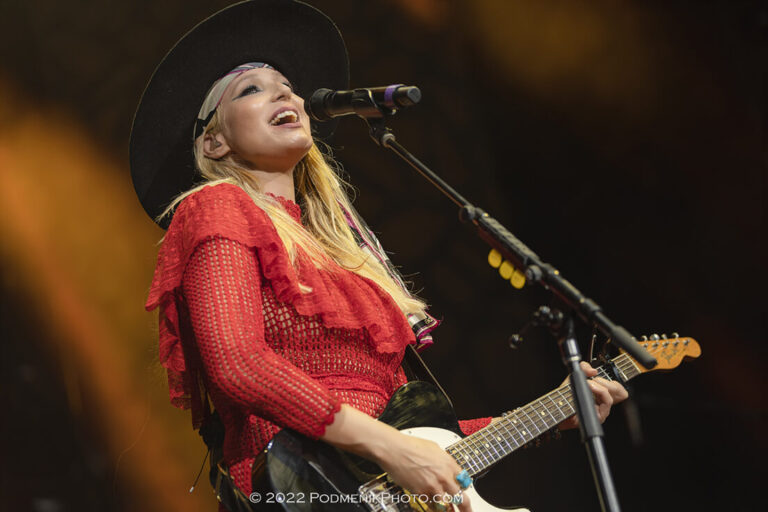 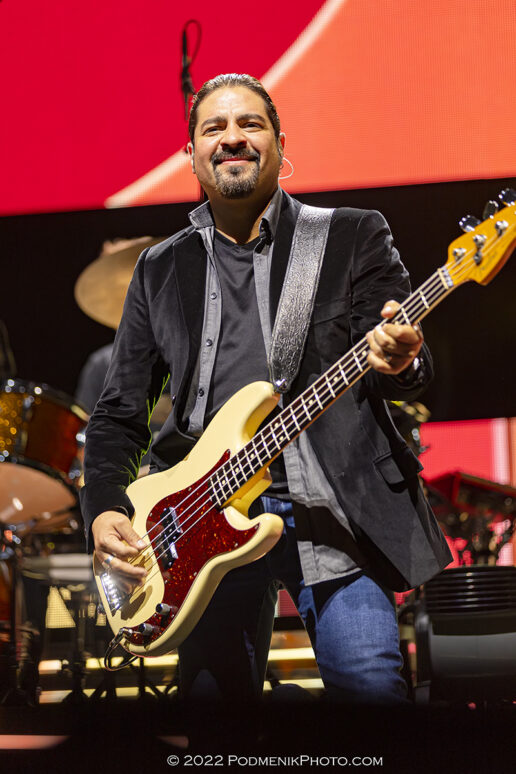 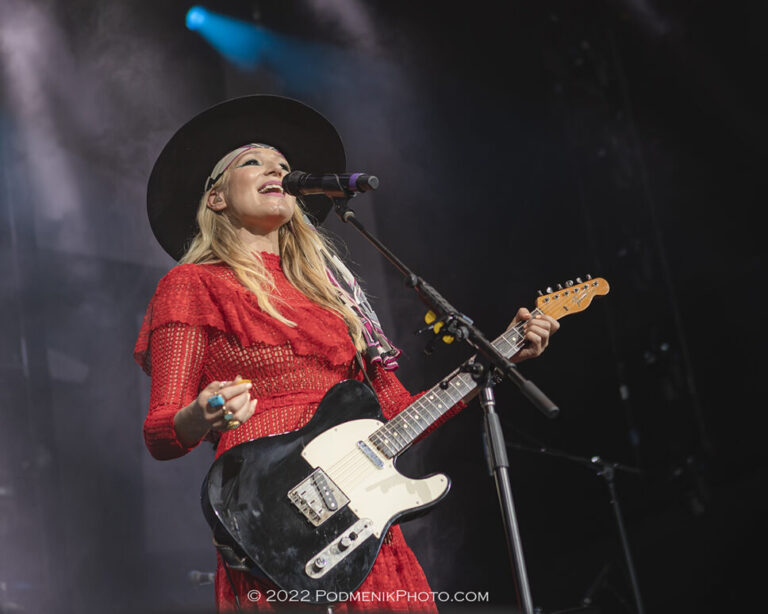 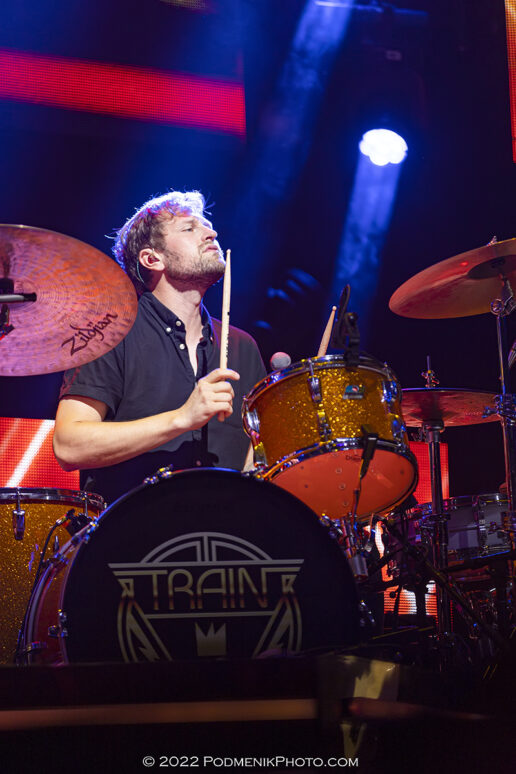