Cincinnati, OH – Some bands leave an impression that lingers long after the concert lights dim and everyone goes home.  Blacktop Mojo, a hard-working, hard-hitting, hard rock band from Texas, is one such band.

Known for their exceptional covers of iconic songs, such as “Dream On” (currently with more than 24M views on YouTube) and “In The Air Tonight” (6.5M views), the band tours relentlessly to bring their original music to fans through incredible live performances.  And that takes hard work.  Night after night, show after show.  Their performances are more than memorable… they are inspirational.  Rock inspiration.

Attending a Blacktop Mojo performance leaves you with a genuine appreciation for the depth of dedication and commitment that this talented band feels to their core, of their willingness to withstand the grueling nature of touring to develop their ever-growing following.  They bring their dream full-on to their fans every show.  Whether they are performing in front of an intimate audience or a festival throng, the passion in their performance is pure and deep.

Lead singer Matt James has an incredible voice, hands down.  And his stage presence… captivating.  He becomes lost in the soul-steeped rock music, dancing to the powerful rhythms put forward by bassist Matt Curtis, drummer Nate Gillis, guitarist Chuck Wepfer and touring guitarist Malcom Booher.  Together, the cocktail of instruments and voice is extraordinary, and something you just don’t want to end.

The setlist this night had mix of rousing rock and intimate acoustics, masterfully blended throughout the performance.  The audience was treated to musical highs and lows with songs like “Burn The Ships,” “Can’t Sleep,” “Tush” (ZZ Top cover), “Where The Wind Blows,” “Do It For The Money,” and “In The Air Tonight” (Phil Collins cover).  Wepfer’s solo spotlights were terrific, and Curtis prowled the stage true to his “Catt” nickname, but also took a more reserved turn in a quiet, intimate two-man acoustic set with James, who sat on the front edge of the stage, among the fans.

The band performed an encore that concluded with “Prodigal,” but not before James offered a touching and southern-inspired thank-you to fans for continuing to support their dream.

A shout-out to the openers this evening, of course!  Trauma Illinois gave a strong first set, and Columbus’s South of Eden also brought forth an inspired performance to Cincinnati fans.

Overall, what a night!  Make the trip to catch one of Blacktop Mojo’s shows to experience the magic.

The band has just a few tour stops left in September.  But no worries!  These hard-rocking musicians will be on the road again soon.  Check their website for upcoming tour information:  www.blacktopmojo.com/tour. 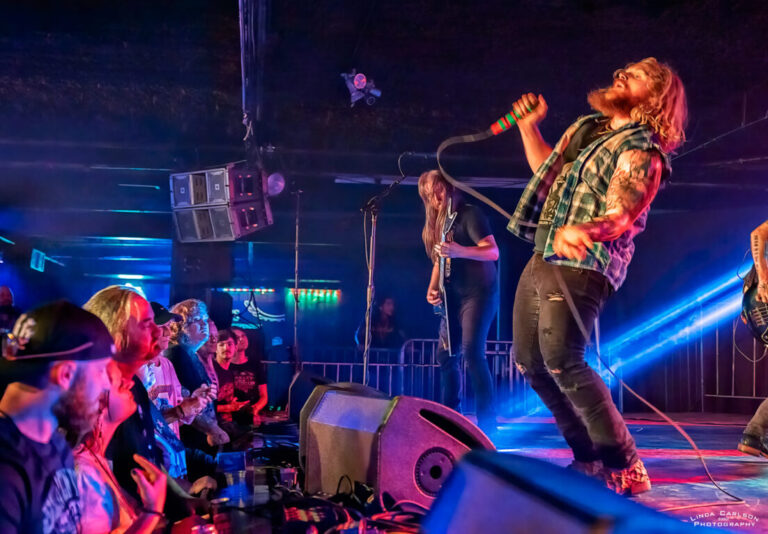 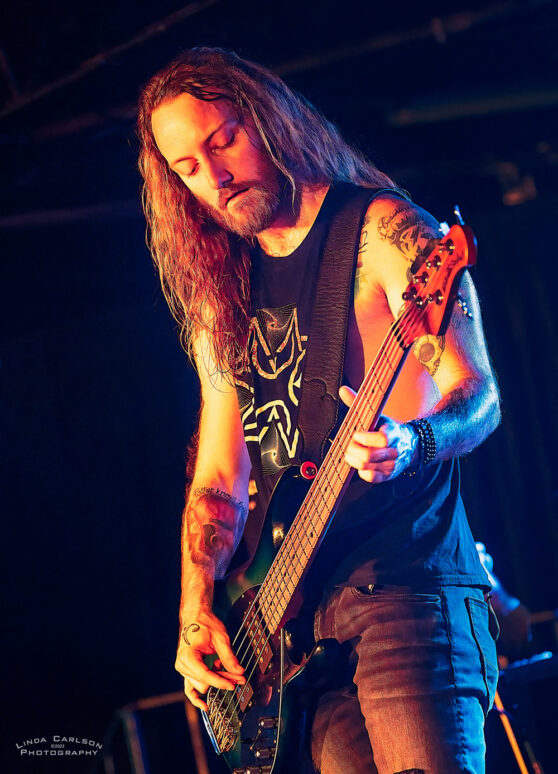 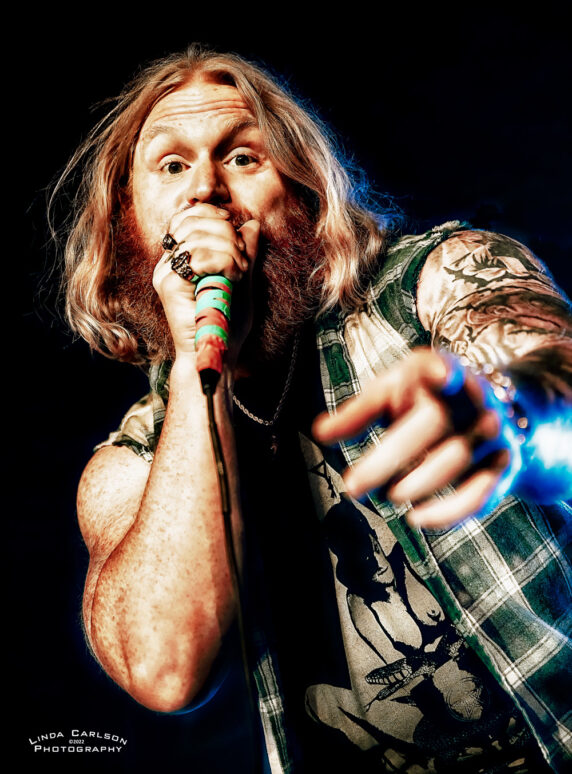 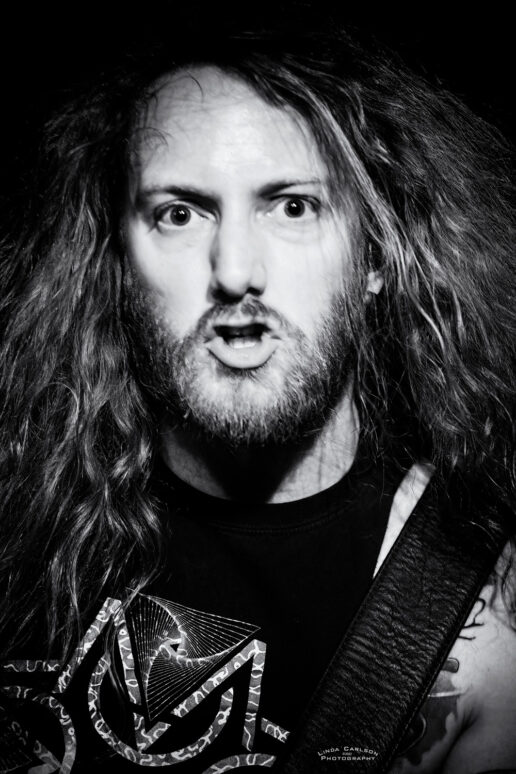 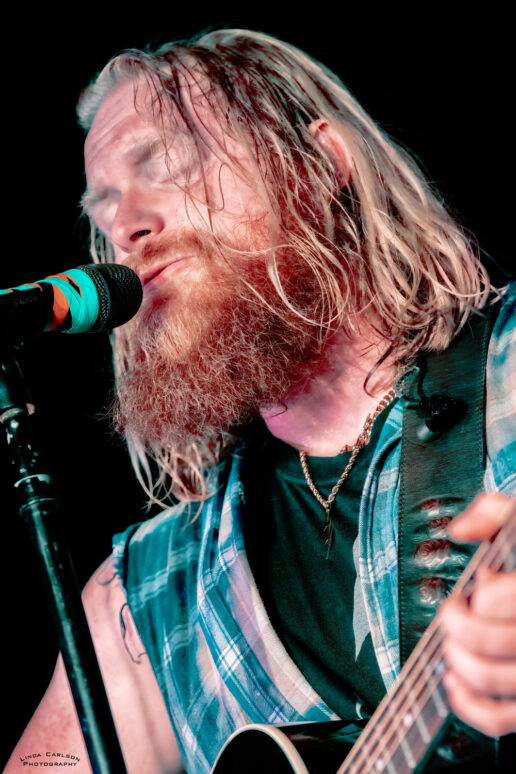 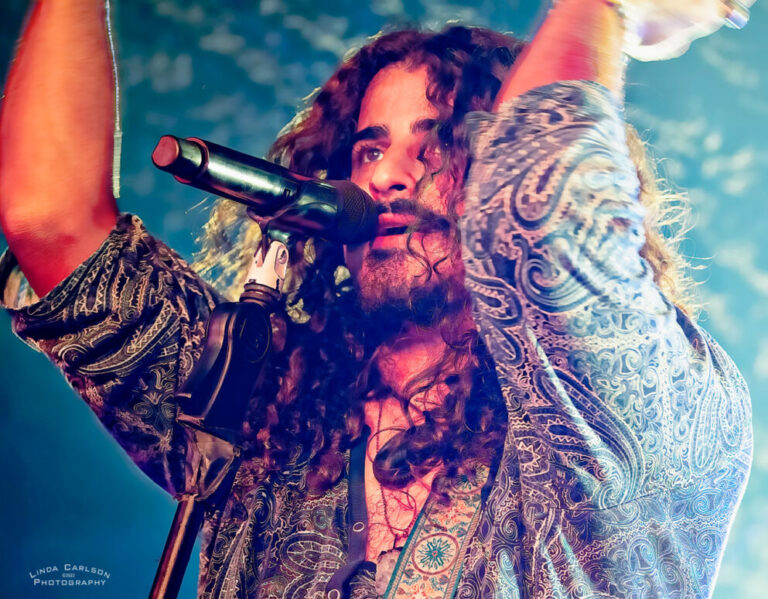 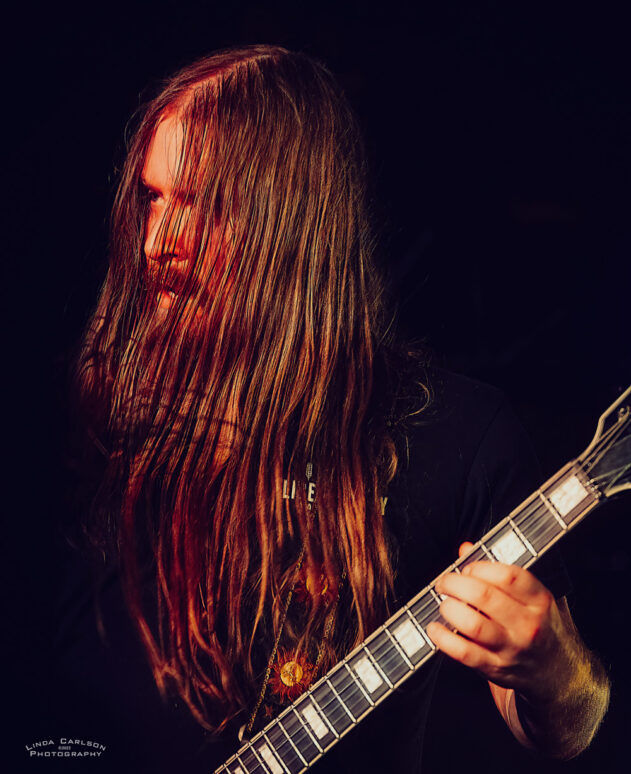 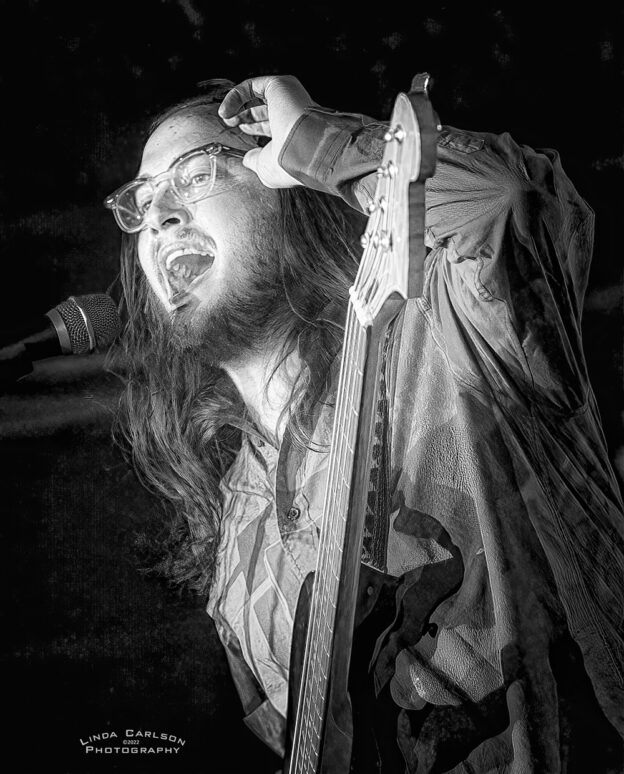 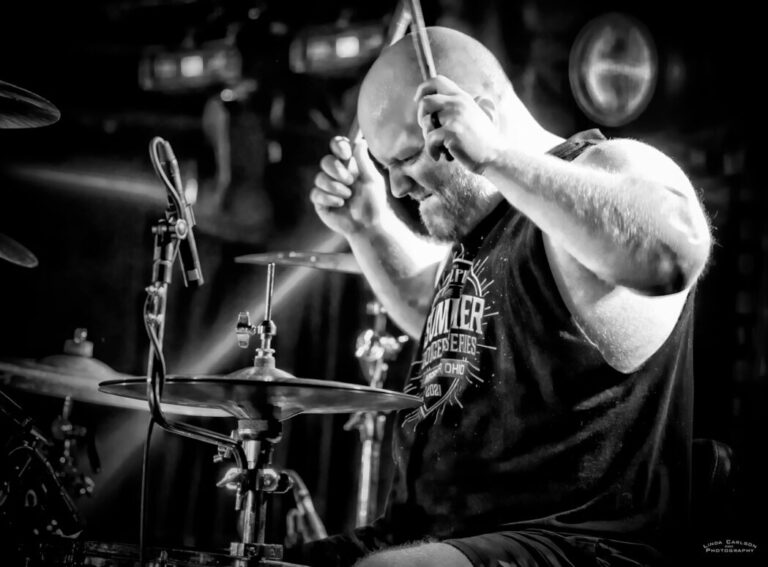 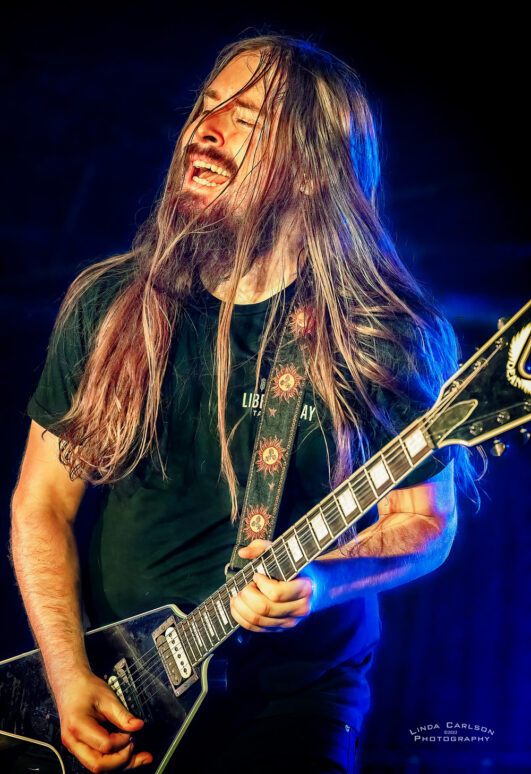 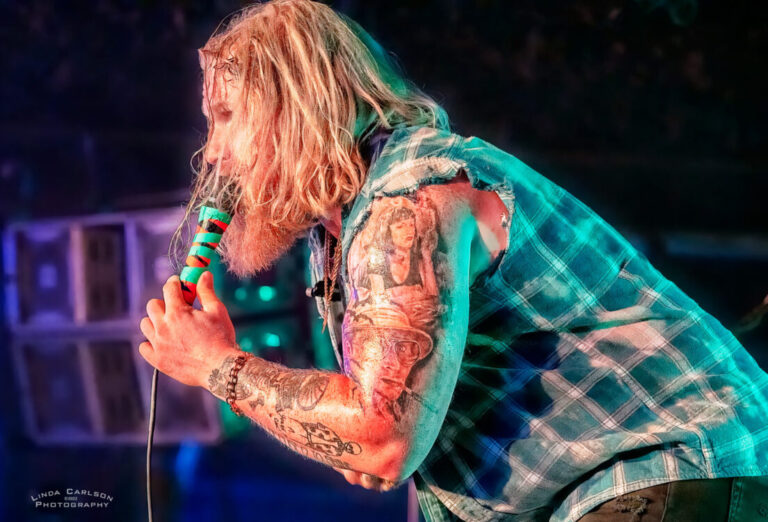 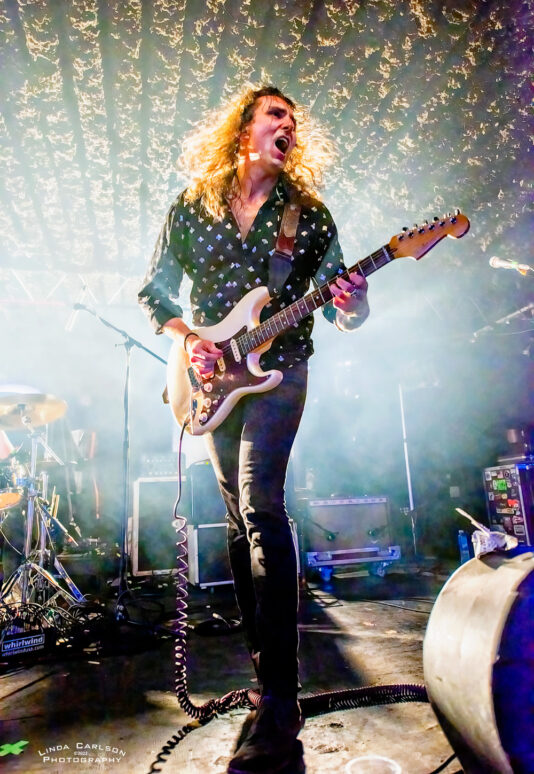 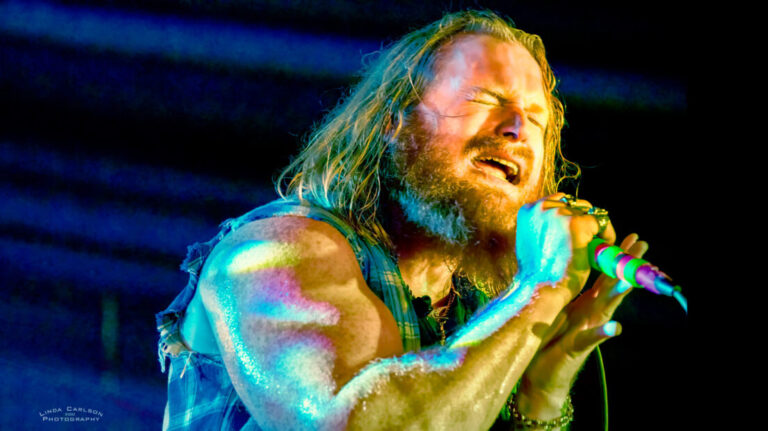 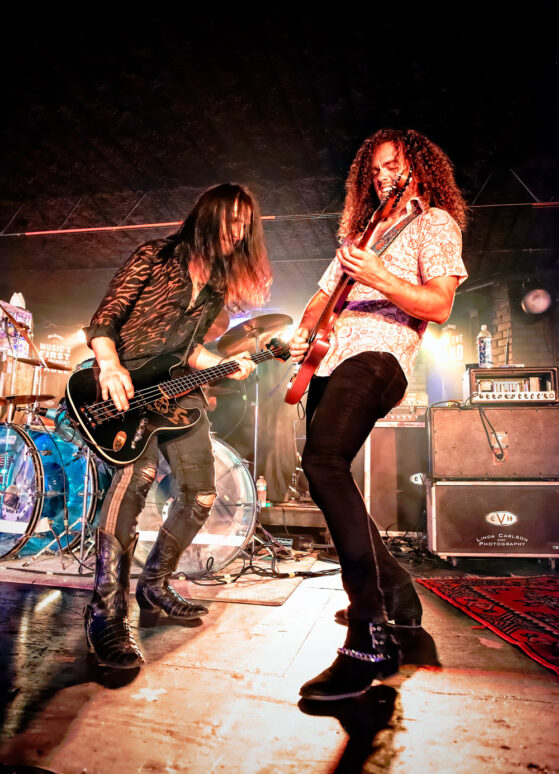 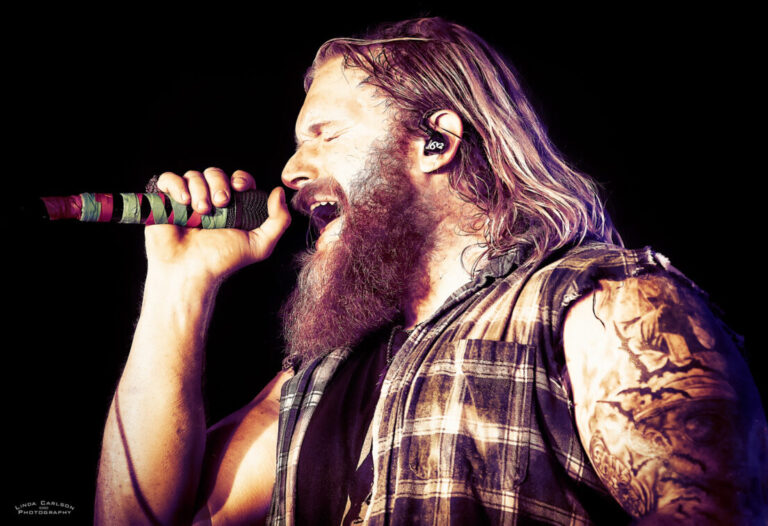 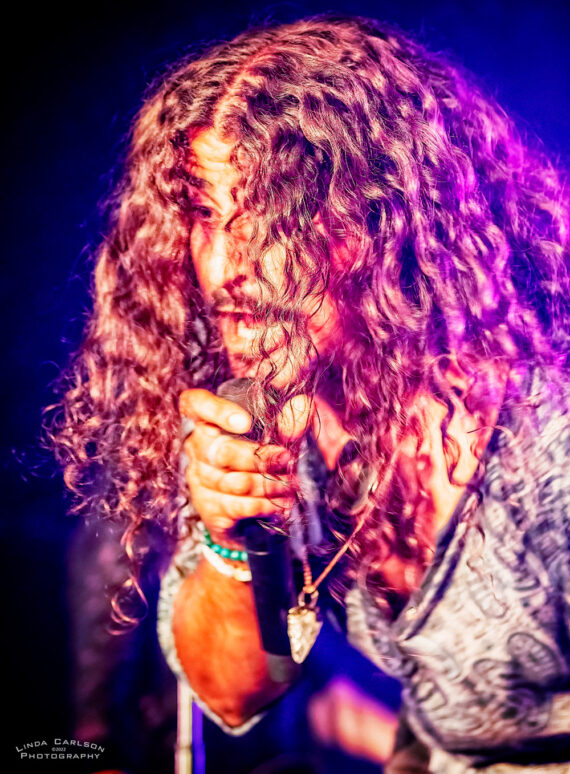 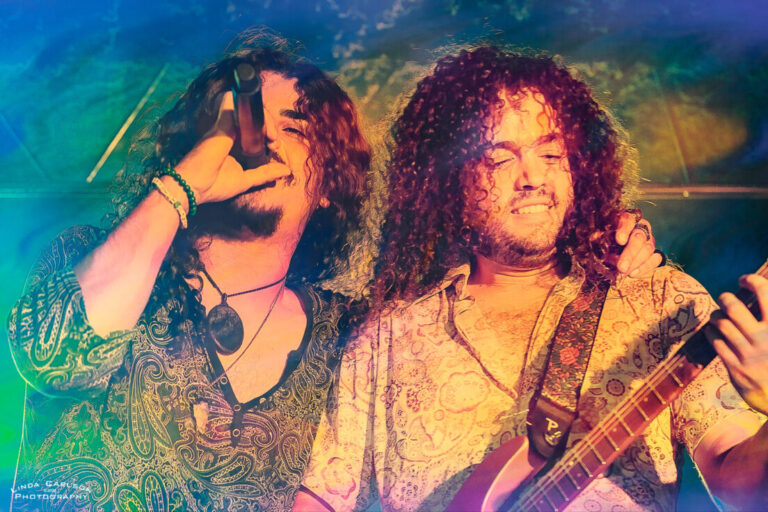 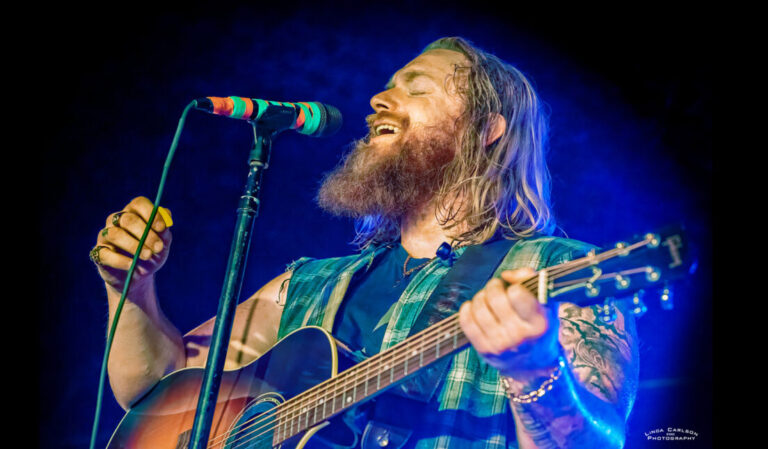