Quarantine interview time! MonkeyGoose contributor Jason Robey had a Zoom chat with The Dodies, a young garage rock duo from the southern desert of Israel. Check it out:     THE DODIES songs jump head-first into depression, alienation and rage, contrasted by hooky riffs and catchy melodies. They are completing their new album

Article by: Jason Robey   The latest album from the one-man-band known as The New Regime is a wild journey through a myriad of musical styles and moods, with layers and textures that take multiple listenings to pick out. Multi-instrumentalist Ilan Rubin is solely responsible for the writing and performance on Heart

Article and Photos by: Jason Robey   Charlotte, NC -- Friday night in the NoDa district of Charlotte was hopping with the sights and sounds of ska punk, as heroes of the '90s ska revival brought their Life Sucks...So Let's Dance tour to town. The venue was getting packed before the first

Article and Photos by: Jason Robey   CHARLOTTE, NC -- The audience at Neighborhood Theatre in the artsy NoDa area of Charlotte, NC got to be part of one of the wildest and most unique concert experiences they may ever see on Saturday night. Big Something and Andy Frasco & the U.N.,

Article and Photos by: Jason Robey   Charlotte, NC -- Saint Motel brought their high-energy brand of indie-pop to a packed house at the Charlotte Fillmore on Friday night, complete with an elaborate stage set-up, thematic costume changes, and a dramatic lighting scheme. Los Angeles duo KOLARS kicked the show off with their

Article and Photos by: Jason Robey   CHARLOTTE, NC -- Sunday night the intimate Amos’ Southend venue in Charlotte was alive with fist-pumping arena-sized rock, as Ontario’s Glorious Sons brought their tour to the Queen City. On the road supporting their latest release, A War On Everything, the band packed the house

Article and Photos by: Jason Robey   Charlotte, NC --  It was a homecoming of sorts this weekend at the Visulite Theatre in Charlotte, as Papadosio, based two hours to the west in Asheville, packed the house for the second of a two-night run. The first thing fans would see as they

Article and Photos by: Jason Robey   CHARLOTTE, NC -- A diverse and excited crowd filtered in from the cold, filling the venue well before showtime on Tuesday night for a sweaty night of hard alt-rock. The venue announced only a couple hours ahead that the showtime would be moved up fifteen 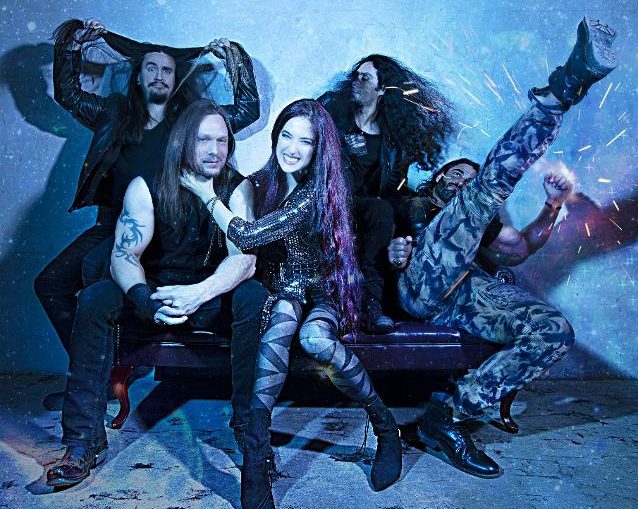 Article by: Jason Robey   “Fire, my heart’s on fire, running straight into the acid rain” rings in the dramatic and subdued first 20 seconds of Universe, the new album from L.A. hard rock group, Edge of Paradise. As the song suddenly explodes into a wall of razor-sharp guitar riffs, the mood

Photos and review by: Jason Robey   CHARLOTTE, NC -- Feel-good vibes filled the air at Charlotte's Visulite Theatre as The Movement ascended on the Queen City for a legion of fans on Wednesday night. Following a sold-out show the previous night in nearby Raleigh, the house was packed in time for