Article by: Sophia Zucker   Indie Rock band Pacific Radio recently released their new EP entitled Kitchen Table right as 2016 came to a close, and put up a music video to the title track to kick off the new year. This is the band’s first ever release and just by listening

Article by: Frank Memmesheimer   The kings of true and gritty Southern rock are back! Are they? After three years of musical preservation, Kings of Leon released their seventh album on October 14, 2016. WALLS, acronym for the bulky ‘We Are Like Love Songs’, promised a more artsy than ever approach at redefining Kings

Article by Wendy Podmenik Darugar Photos by Glenn Woodell and Wendy Podmenik Darugar   Steel Panther, ranked as the 725th top rock band in Muncie, Indiana at a local poll taken at Big Red's Barbershop and Ice Cream Parlor, opened up their expansive world-wide tour at our favorite venue, the NorVa. Armed with

Article by: Sophia Zucker   It’s hard to fit Ranch Ghost into one specific genre. Think psychedelic garage rock mixed with blues and a hint of southern vibes. Whatever genre that makes basically describes this Nashville based band. Ranch Ghost are releasing their first LP, Lookin, with Rough Beast Records on July

Article and photos by: Glenn Woodell and Wendy Podmenik Darugar   NORFOLK, VA - Remember the U.K. in the 1970's- a time of sonic exploration- young musicians that pushed boundaries past all that was good and decent, shocking mum, dad, and the Queen- a rebellion that pushed the scene into new dimensions

Article and Photos by: Matt Stasi   Los Angeles, CA - Glam rock with a huge set of cajones. If I get nothing else across with this review of THE DARKNESS’s show at The Belasco Theater in downtown Los Angeles this past Tuesday night, let it be that. The Darkness is all

Article by: Sophia Zucker   Canadian post-hardcore band Alexisonfire have released their first ever live record on February 12th, 2016, Live at Copps. It was recorded at their sold out show in Hamilton, Ontario on December 30th, 2012 in front of 10,000 fans. This show was the last show on their farewell

Article by: Tamara Silber Featured Image by: Atlantic Records The multi-platinum band, Shinedown, has released its fifth album. Fans have been anticipating this moment since their last album, Amaryllis (2012), and cannot wait to hear the new tracks they have been working so hard on. Shinedown has had major success with their 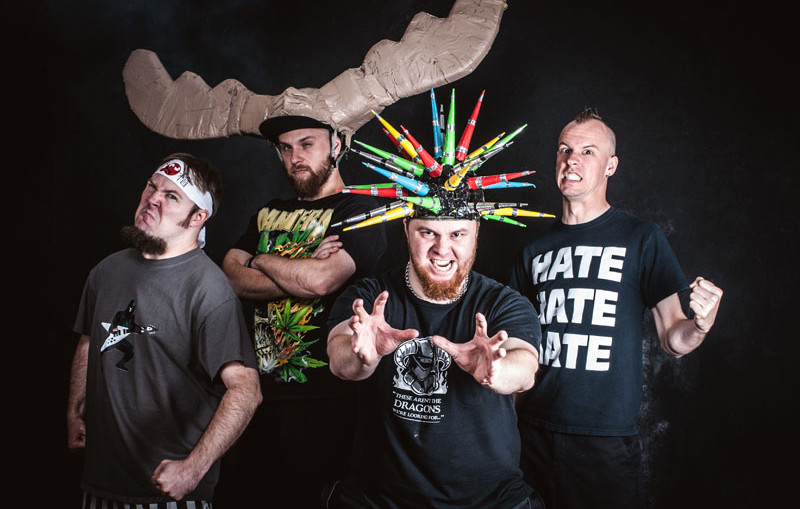 Article by: Steven Principato   We have nothing to be vengeful for, except vengeance itself.   Historically, heavy metal has become a genre notorious for rigidity and fierce traditions. Defiantly unwavering from its draconian traditions of dark brutality and the glorification of all that is evil, one might agree that all is awesome