Skip to content
You are here
Home > Posts tagged "#livemusic"

Article and Photos by: Michael W. Bright Louisville KY— The Goo Goo Dolls Chaos in Bloom tour hit the road in August after the band's three year hiatus, sponsored by covid. I got the sense that the audience, just like me, was a little tentative at the opening of the performance Saturday night

Photos and review by: Jason Robey CHARLOTTE, NC -- Progressive power trio lespecial and livetronica trio SunSquabi kicked off their fall tour on Wednesday night at the Visulite Theatre in Charlotte. Well before show time, the venue getting packed in tight by the scores of fans both bands have built up in the

Article and Photos by: Michael W. Bright Cincinnati, OH—How can a 67 year-old heavy metal guitarist be fronting a 50th Year Anniversary tour? Michael Schenker began working with his brother’s band, the Scorpions, when he was only 11 years old, and joined officially when he was 17. That’s how!  As part

Article and photos by: Wendy Podmenik Woodell VIRGINIA BEACH, VA-- Summer is winding down and outdoor concert season is nearly at its' end. This year featured an explosion of tours, as bands have been keen to finally promote new material and hit the road, post- covid shutdowns. Virginia Beach hosted an

Article and photos by: Wendy Podmenik Woodell VIRGINIA BEACH, VA-- Keeping perfectly in theme for the upcoming Halloween season, Wednesday 13 arrived in Virginia Beach to terrify us and haunt our memories. This long-established icon of the horror-punk genre is touring with his bandmates to promote their 9th studio album, Horrifier.

Article and Photos by: Charles Yamabe Chicago, IL -- Labor Day weekend in Chicago saw one of the best Electronic Music Festivals of the entire summer. ARC held its second annual music festival at Union Park on the near Westside of Chicago. The weekend started out perfectly with some of the 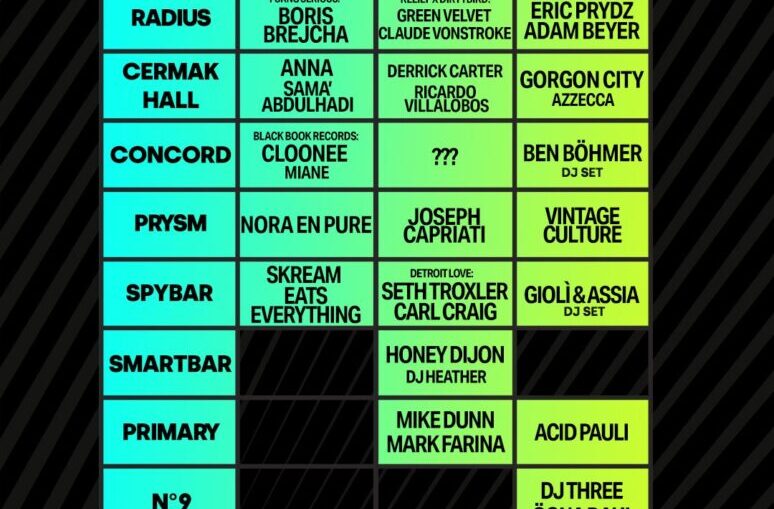 Chicago IL, -- Following the announcement of their full lineup, ARC Music Festival has now shared the details for their official ARC After Dark Parties while also announcing a group of rare back-to-back sets that will be taking place at the festival over Labor Day Weekend. ARC is set to return to

Article and Photos by: Charles Yamabe Chicago, IL -- A little over a week ago, Chicago experienced the ninth year of the biggest country music festival in the city. Spread over four days and taking place in the United Center parking lot, Windy City Smokeout was a huge success. The crowds

Article and photos by: Wendy Podmenik Woodell VIRGINA BEACH, VA-- Friday night featured an excursion down memory lane, an event held by three famous bands of the 70's and 80's. Complete with early tailgaters huddled up in the parking lot, an enthusiastic crowd several thousand strong tailored their evening around the

Article and photos by Wendy Podmenik Woodell PORTSMOUTH, VA-- In terms of truly iconic blues/ rock bands, ZZ Top is certainly at the top- with classic riffs, catchy lyrics, and pure musicianship enveloping a slew of hits that helped define the genre and the decades. On an nearly unrelenting hot and