As a curious example of one of the more bizarre lineups to take the legendary stage New Jersey’s most iconic venue, The Stone Pony – a far cry from the yesterday’s seminal acts that etched the name of the Stone Pony into the wall of rock and roll history.
Fresh on tour following their Psychofest Las Vegas performance, The Shrine, Danava, and Uncle Acid and the Deadbeats – three bands forever following the continuing path of the stoner/doom, blazed by Black Sabbath many generations preceding. 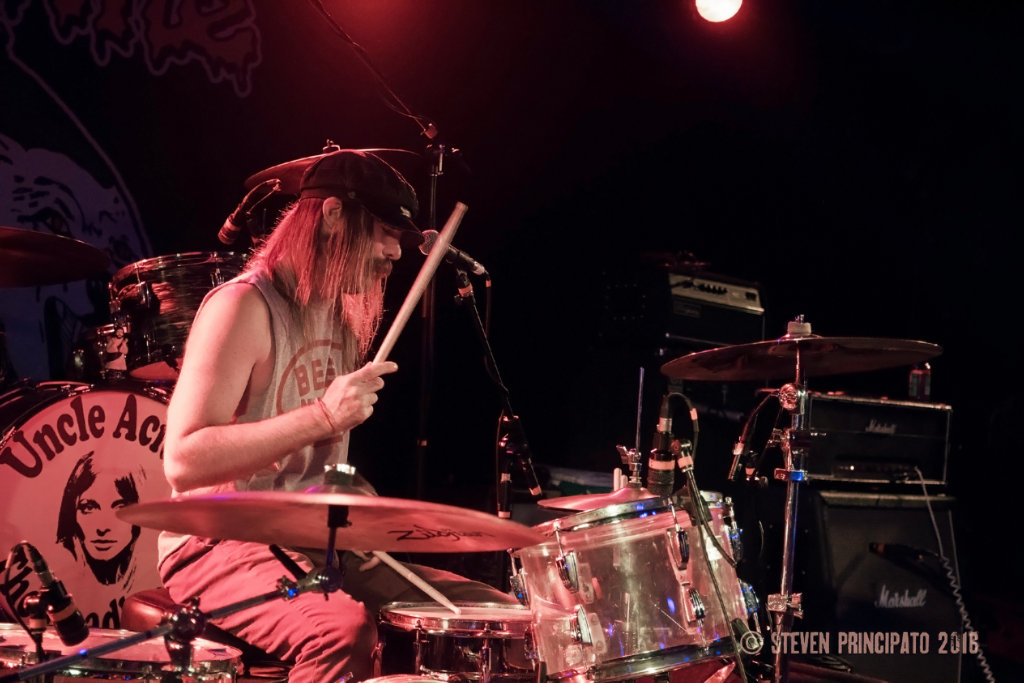 Hitting the stage armed with only their no-frills rock and roll reeking of acid tripping juvenile delinquency, The Shrine originate from the opposite coast’s very own Venice Beach. Armed with the guidance and influence of pioneer Black Flag member Chuck Dukowski, the power trio presents and familiar cadence in their high energy sound like that of their spiritual influence, Black Flag, Black Sabbath, and other fine examples of darkness. Being a no holds barred act with zero fucks to spare, vocalist and lead guitar slinger Josh Landau fears no man or venue rules as he took his face melting solo with him atop the nearest bar his guitar cable could reach. Dropping anthems of inebriated rebellion such as “Tripping Corpse” and “Dusted and Busted” The Shrine Never fails to ignite my inner passions of escapist delinquency, at least for the night. 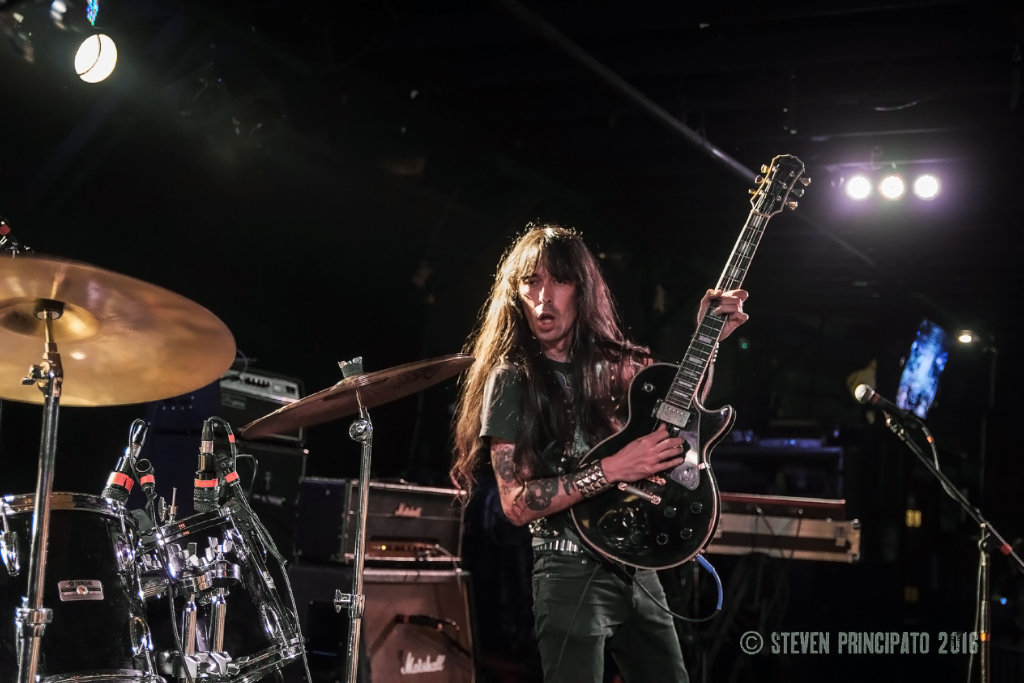 Next up was perhaps one of the most ridiculous examples of blazing energy and musical talent one has ever seen in what one expect in normally lethargic stoner metal. Portland’s Danava, fronted by vocalist/lead guitarist Gregory Meleney, a man who clearly lives for the riff (despite voice problems), refused to back down. Fitting more notes in a single measure of music than was ever thought possible by scientists and jazz snobs alike, Danava kept up this exhausting pace throughout  their entire set, only taking in air for brief intermissions for Gregory to share his heartwarming stories with a most unbelievably enthusiastic crowd. Frequently on tour with the headliners, Danava despite major lineup changes in the past, continues to dominate stages where ever they might drop, making for a fine opening act to Uncle Acid in any venue. 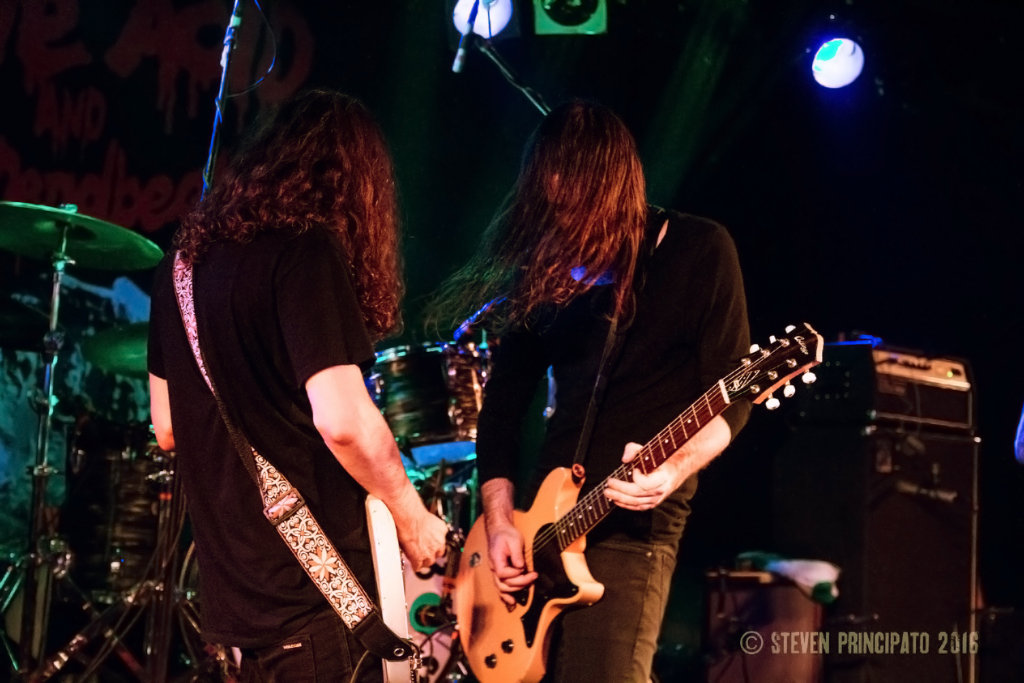 Finally hitting the stage was headliner Uncle Acid and the Deadbeats. Coming straight from Cambridge in the homeland, Uncle Acid is one of the few acts in the genre with such an unforgettable sound which consists of an unusual amalgamation of the obligatory Black Sabbath sound, crossed with an unusual sinisterly Mansonesque interpretation of the Beatles and perhaps  even some 60’s psychedelica sound of Pink Floyd and The Kinks. Delivering their dark-blues driven murder themed tracks from their short but very distinct four album catalogue such as the Sabbath heavy “Waiting for Blood” and the steady blues beat of the bloody occult concepted “13 Candles” to lighter examples of dystopian Beatlemania like “Slow Death”, Uncle Acid spared no one under the influence of tonight’s acid coven gathering. Under the spell of his eerily high register falsetto vocals, every devout follower of the virtually faceless, hair cloaked guitarist/vocalist Kevin Starrs stood in utter reverence to the deafening grooves that ring with a exceedingly more infectious impact than most of the endless supply of cleverly designed but mostly unremarkable stoner rock albums today.