Colombia, MD – Love them or hate them, there is no denying that Phish puts on an incredible performance that draws people by the thousands. Between having different setlists every night, musical improvisation that can take completely unknown paths, a light show that is second to none courtesy of the master Chris Kuroda, and a fan base that brings the party with them, every night spent with the band is a new adventure. Merriweather Post Pavilion in Maryland is a great open air venue and with a capacity of over 19,000 people, the venue was raging all weekend. 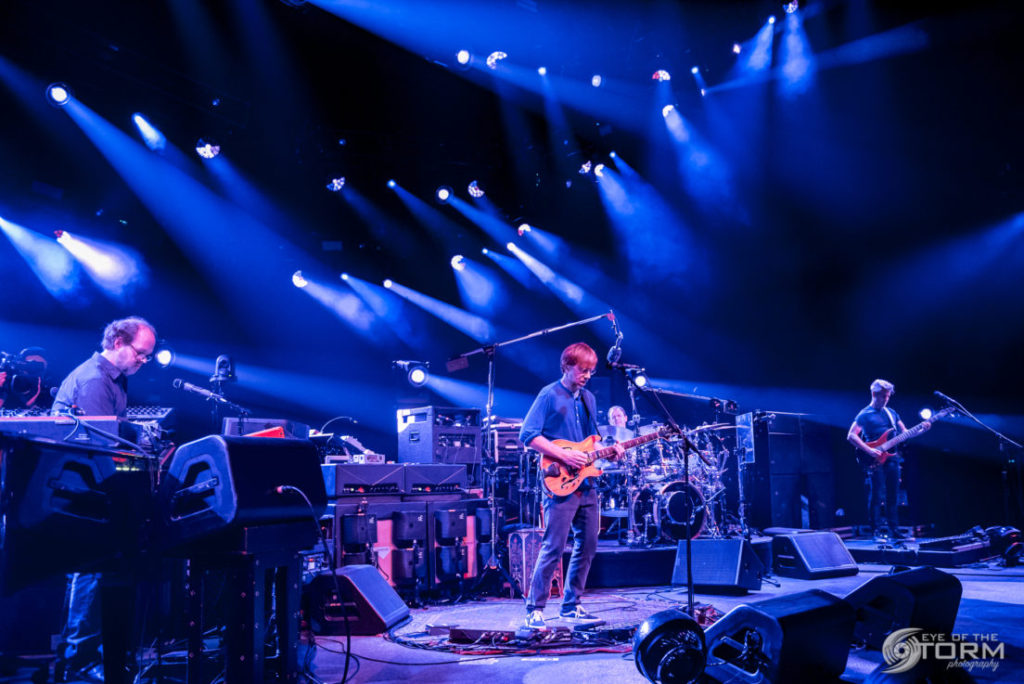 One phrase that every “phan” knows well is “never miss a Sunday show.” After talking with many folks in the lot about Saturday night’s set, there were plenty of positive responses, but there weren’t a whole lot of “wows.” With the band playing almost every night for a month straight and band’s 3-day festival, Curveball at Watkins Glen International in upstate New York, coming up in less than a week, some were predicting a Sunday night that was going to be a little more on the mellow side. Phish proved these folks incredibly wrong.

They came out guns-a-blazing with a rocking “Llama” and then stepped it up even more with the thrashy punk of “Big Black Furry Creature From Mars.” The set slowed down a little with the next two songs, but guitarist/singer Trey Anastasio brought the crowd right back to full steam ahead with the opening lick of their signature jam song “Tweezer” which was followed by funky, crowd favorite sing-a-long “Bathtub Gin.” Set one was brought to a close with a wild “Chalkdust Torture” a song about teenage angst and breaking loose from the monotony of adulthood – “Can’t this wait ‘til I’m old? Can I live while I’m young?” Set one was a complete departure from the previous night’s energy and the crowd was amped for what was to come next. 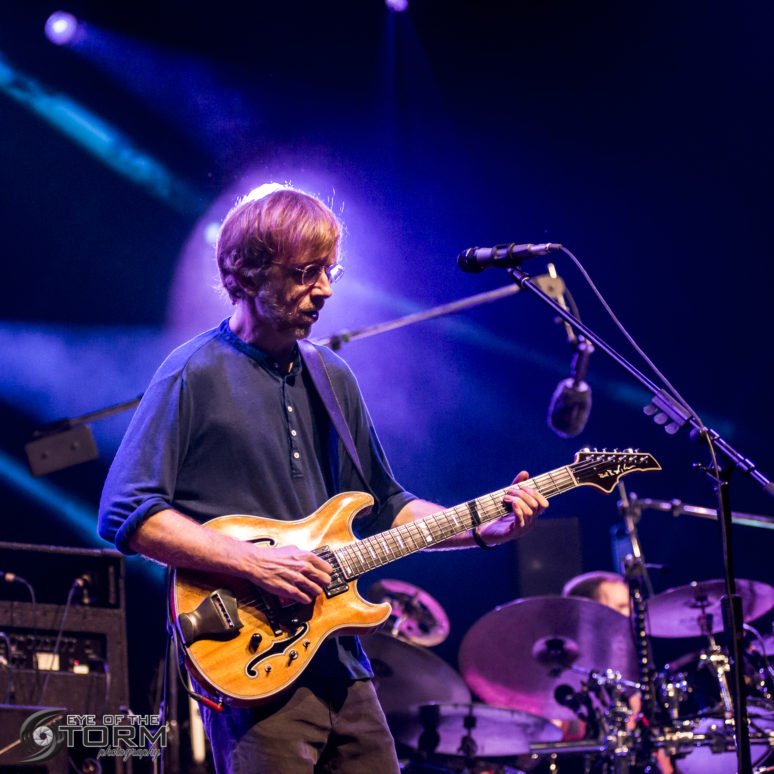 Set two was kicked off with a “Tweezer Reprise” that brought energy levels right back to the feverish pitch of the opening of the first set.  A funky “No Men in No Man’s Land” followed with more sing-a-longs behind that including the Chronicles of Narnia inspired “Price Caspian” and “Twist.” Phish continued on their rampage through the night with another “Tweezer Reprise” and finally wrapped up the second set with their jammed out spin on “Also Sprach Zarathustra,” which is better known as the theme song to the movie 2001: A Space Odyssey and closed with a “Harry Hood” that brought down the house.

The encore brought the night to a close with the poppy “Heavy Things”, a mellow “Bug”, and one more “Tweezer Reprise” making it the “threeprise” for the night. There was no need to ask the phans what they thought of Sunday: it was written all over everyone’s sweaty, smiling faces. Phish will be playing the sold out Curveball festival August 17-19 and then head to Colorado for a three night run at Dick’s Sporting Goods Park before taking a break from the road for a bit before fall tour.