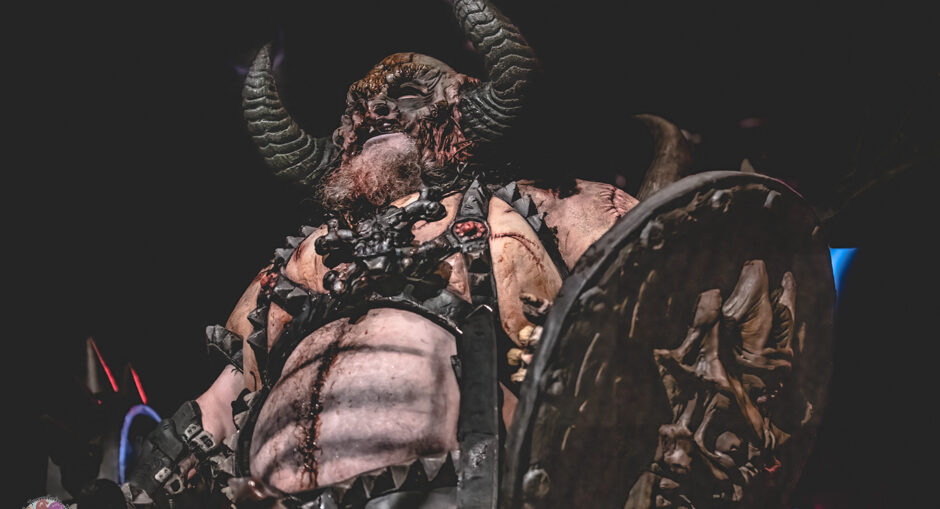 Toronto, Ontario — Crobot are a rock band from Pennsylvania. I have heard a good number of their songs but this would be my first time seeing them live. I was curious to see how they’d do opening the show on a tour featuring goblins, aliens and other oddities.

As I had imagined, they would look the part of any classic rock band. Founder and frontman Brandon Yeagley would be the last band member to enter the stage. He dons a very rockstar worthy outfit consisting of tight leather-looking pants and a matching sleeveless top. I’m unsure of the material, perhaps it is real leather. Surprisingly, visually, Crobot holds its own on this tour. Audio-wise, they are definitely the odd-man-out on this tour. Crobot are a very melodic rock band, Yeagley has great tone and hits beautiful notes. The early crowd is obviously enjoying the music. Crobot’s performance was very energetic and a great way to ease us in for what would be next. labeled as “melodic death metal”, probably because you can’t quite put a finger on one particular genre with this band. Even that particular sub-genre doesn’t classify them completely. The band has a lot of electronic elements that usually goes against the death metal sound. We can discuss genres all day but goblins don’t care about that.

Wikipedia says they are based out of Los Angeles, yet the members will be sure to let you know that they are actually “from all-over the damn place” according to “the merch guy”, aka Dr. Knudson, whom is actually more than just the merch guy. Knudson is a visual-artist and collaborator to the band. Knudson is an extraordinary artist and plays an important role with Nekrogoblikon. He has done amazing artwork for the band. Knudson broke down how the band is all connected from various places around the United States, which I cannot even recall as I did not take notes.

So, based in L.A. – Nekrogoblikon comes from humbled beginnings of trials and tribulations.
They had the tough start like most bands usually do, but were eventually blessed with a Goblin whom helped them explode throughout the worldwide web and into strange places like on tour with GWAR. Strange, yet very fitting.

Nekrogoblikon hits the stage, vocalist Nicky “Scorpion” Calonne says two words during the intro to their first song. He says “no goblin…” and explains “there’s no goblin tonight” which leads you to believe that there will be no goblin joining them on stage during their performance. A few seconds after as the band explodes into their opening song, a silhouette of a hunched-over humanoid being appears near the back of the stage. A fan shouts “there he is!” as the band’s mascot (don’t call him that to his face) John Goblikon rushes to the front and center of the stage and sings along excitedly and enthusiastically to the lyrics Calonne is singing. John Goblikon remains a part of the bands set, even playing instruments such as a ukulele and a plastic recorder. Nekrogoblikon’s performance is everything from fun, silly, energetic to serious, hardcore, and powerful. This band is so full of talent and has quickly became my new favorite. You definitely need to look them up, listen to their music and their story and especially see them live. First off, I would like to take this time to apologize to the average GWAR fan as I intend to keep this article very PG rated compared to what GWAR fans are accustomed to. An introduction, if you must, for those new to GWAR.

Arguably the greatest spectacle in all live music, GWAR has a great storyline that has continued throughout their existence. The banished Scumdogs of the Universe continue to entertain small clubs to festivals throughout Earth, the planet they were sent to conquer. It is evident that they are doing well on their mission as they have sold out shows for decades now.

GWAR is a hard to heavy metal band with great punk influence. They consist of five main band members/characters; The Berserker Blothar who was unveiled as the new vocalist at an annual “GWAR B-Q” concert in Richmond, Virginia in 2014 after original frontman Dave Brockie (Oderus Urungus)
passed away earlier that year.

Guitarists Pustulus Maximus and Balsac The Jaws ‘o Death, Beefcake The Mighty on bass, and Jizmak Da Gusha on drums.

GWAR has several other characters and guests that join them on stage. Most, well actually all, end up being severed and spraying gallons of liquid (“blood” and other bodily fluids) onto the crowd.

GWAR fans willingly work their way closer to stage in hopes of getting soaked in the liquids. I can assure you that the chances of that happening are pretty high. The band and crew utilize high pressure hoses attached to the costumes and the spray is intense. Getting soaked in these liquids is a big
attraction to a GWAR show. If you’re looking for heavy music with entertaining storyline and grotesque theatrics, look for a GWAR show in your area. 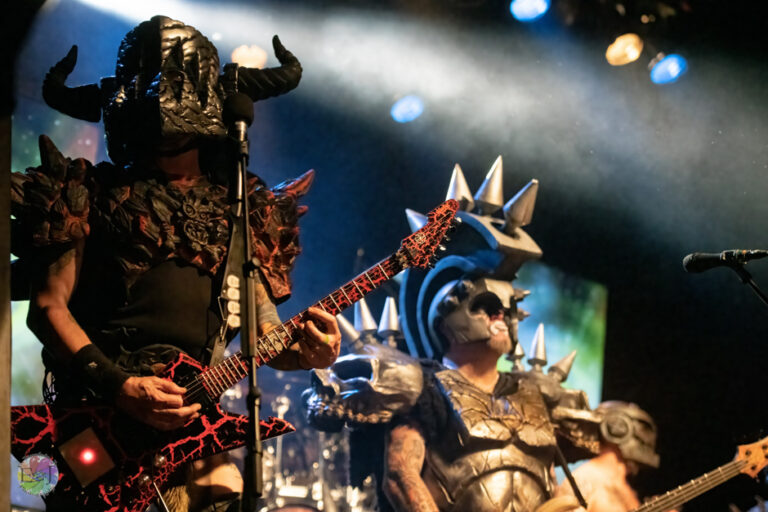 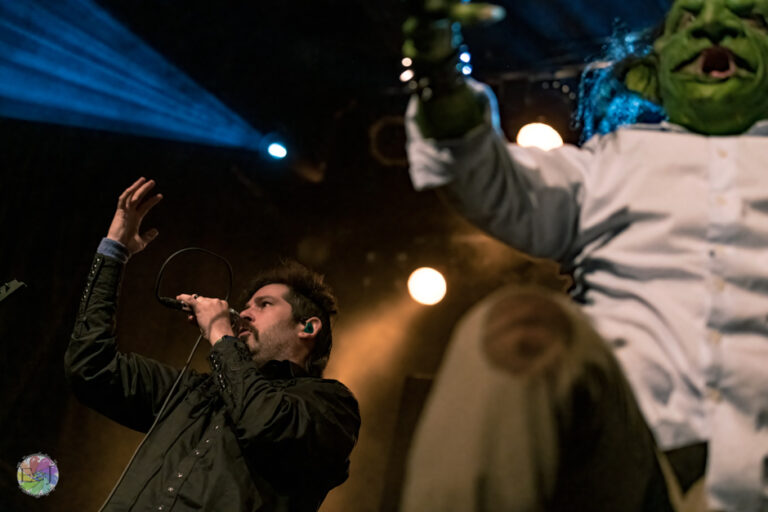 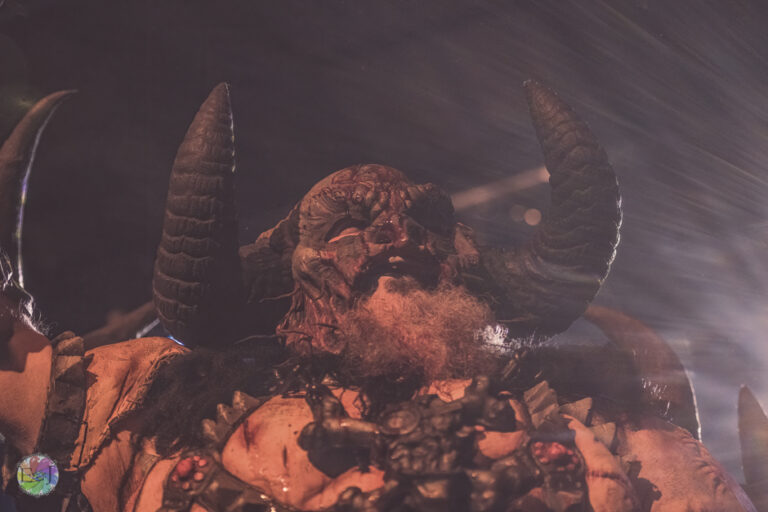 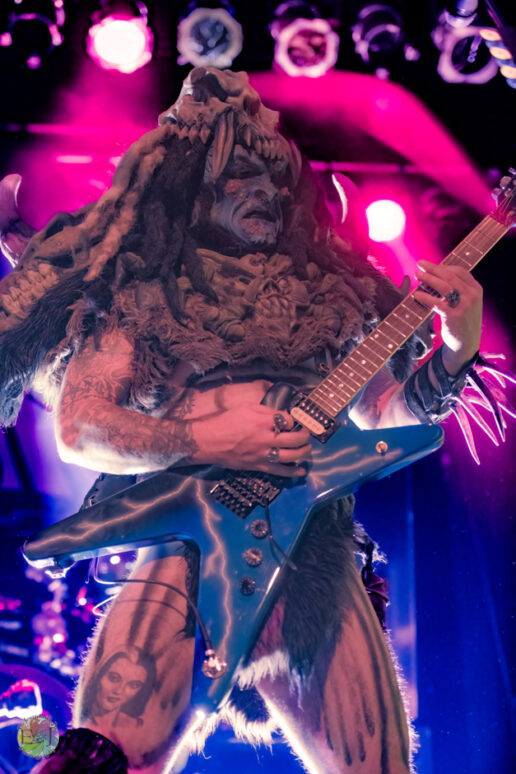 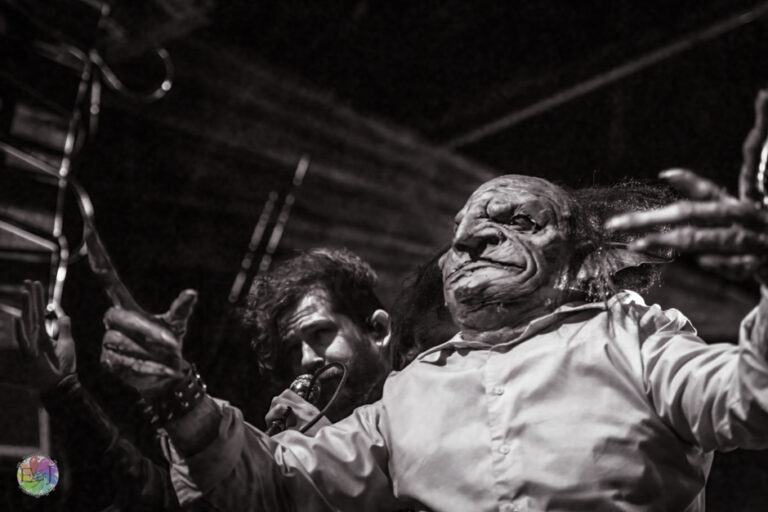 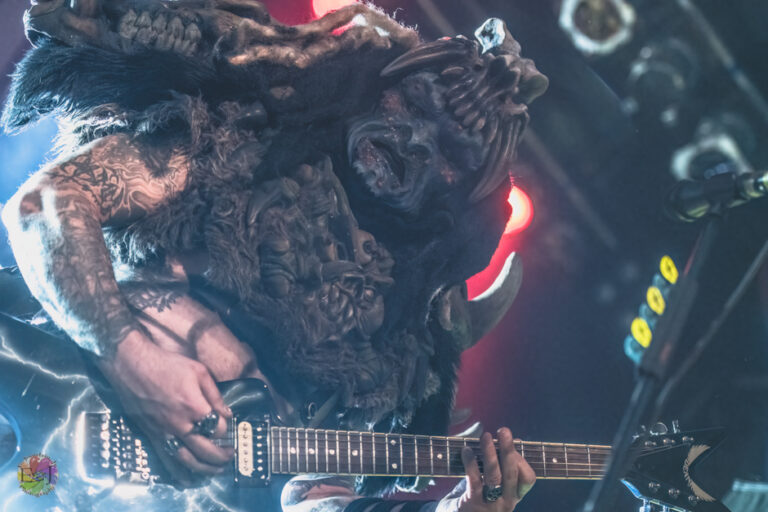 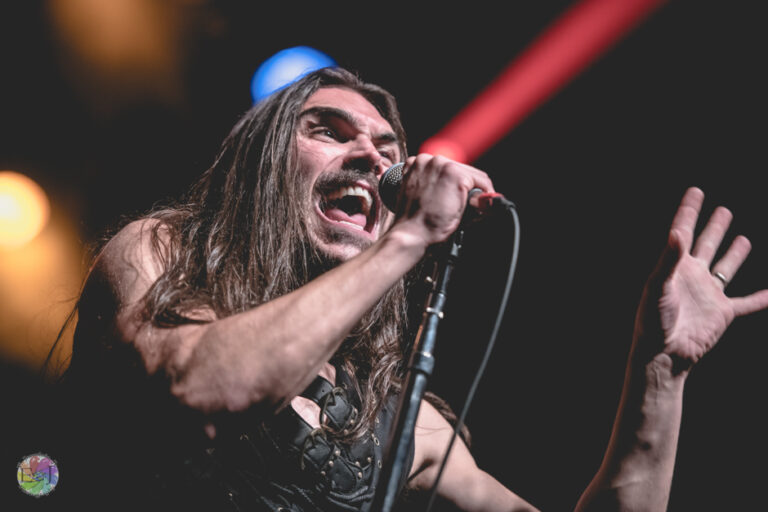 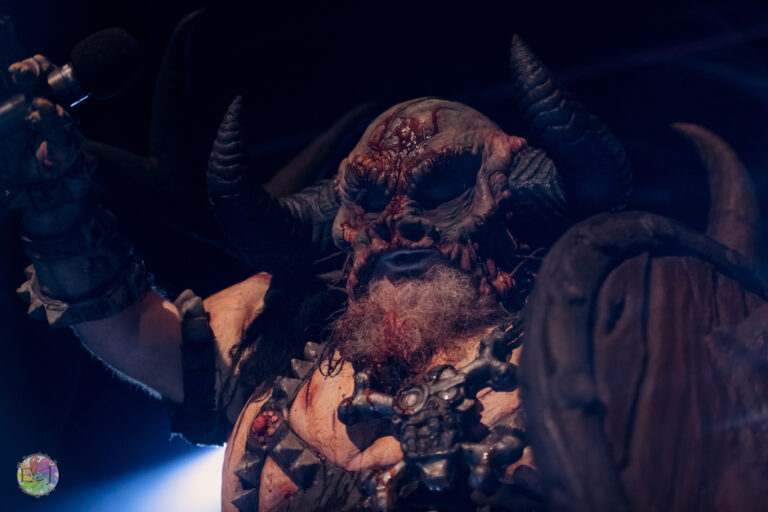 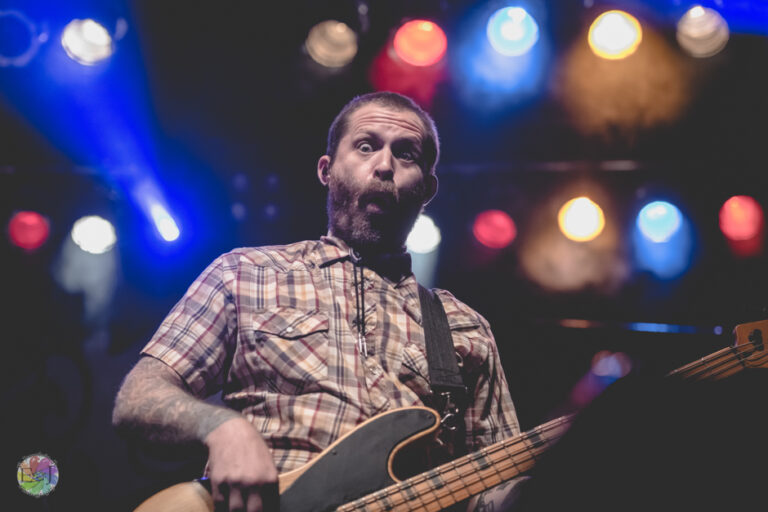 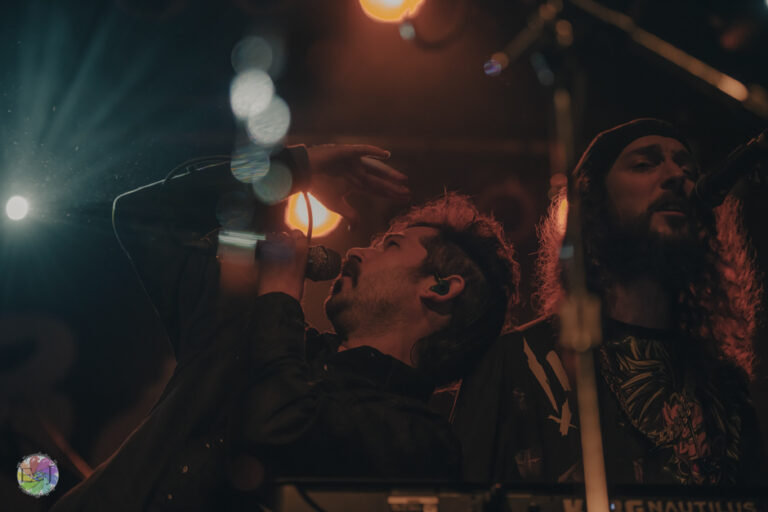 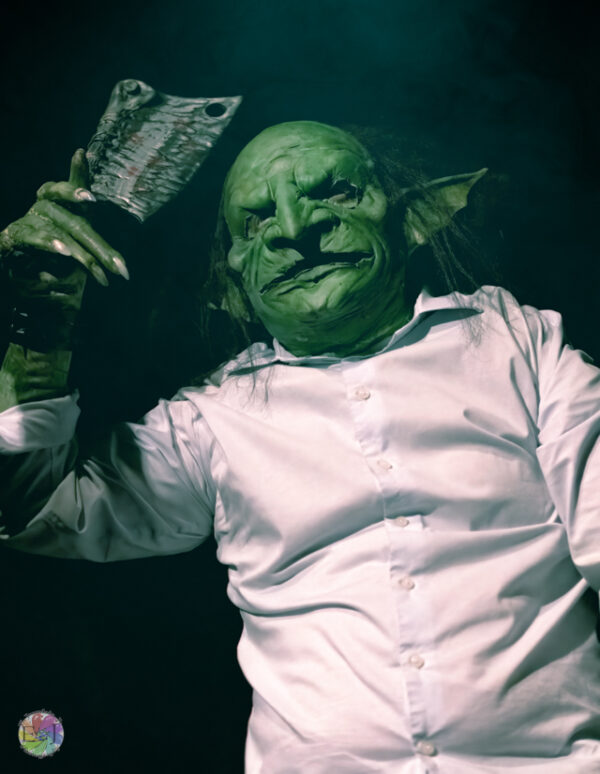 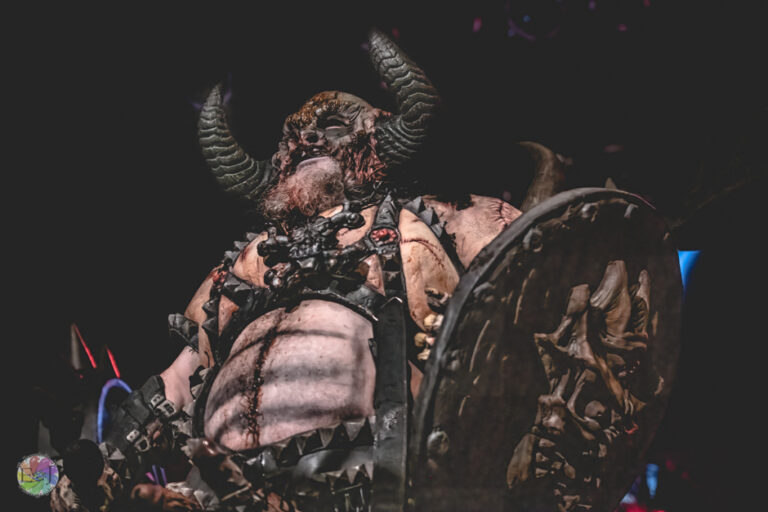 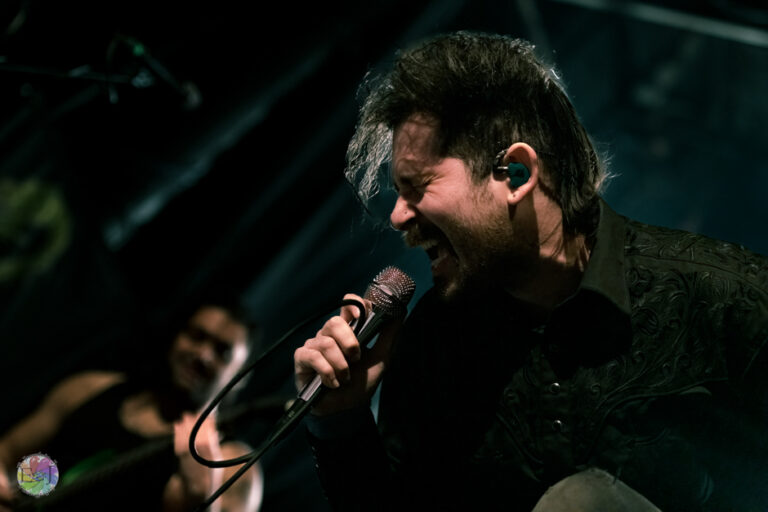 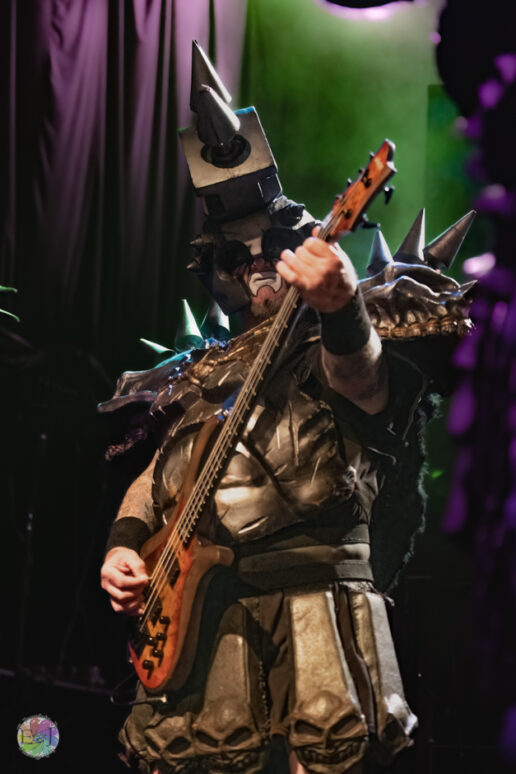 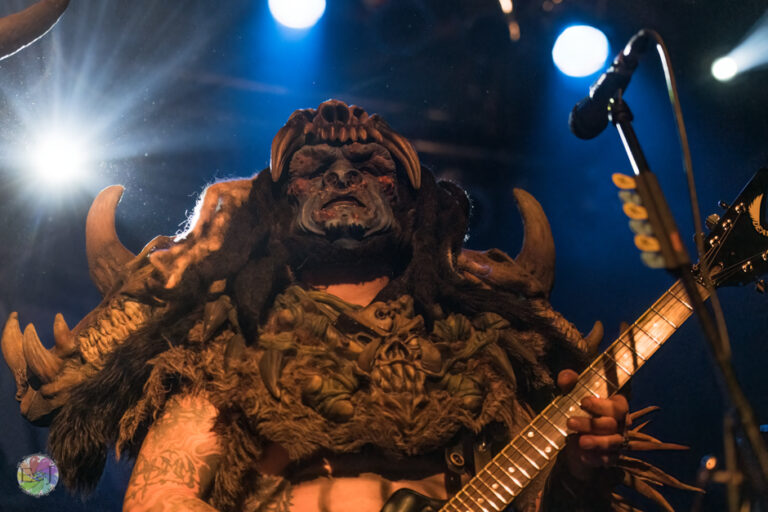 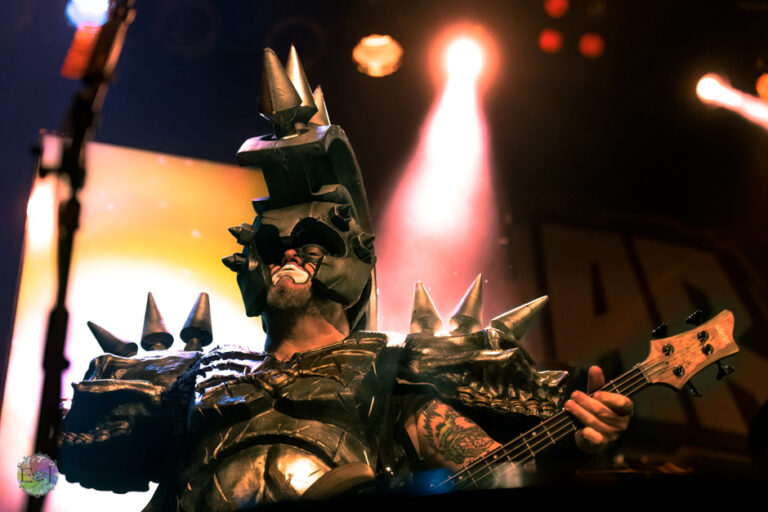 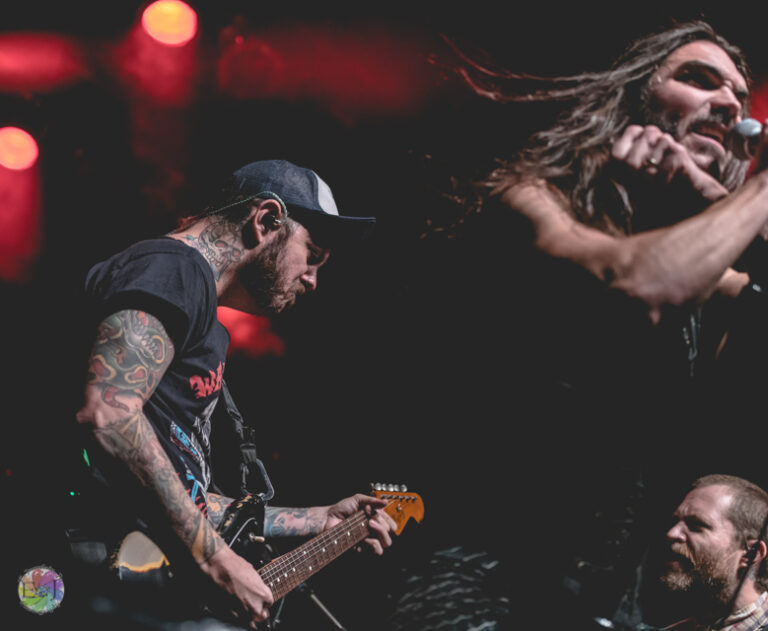 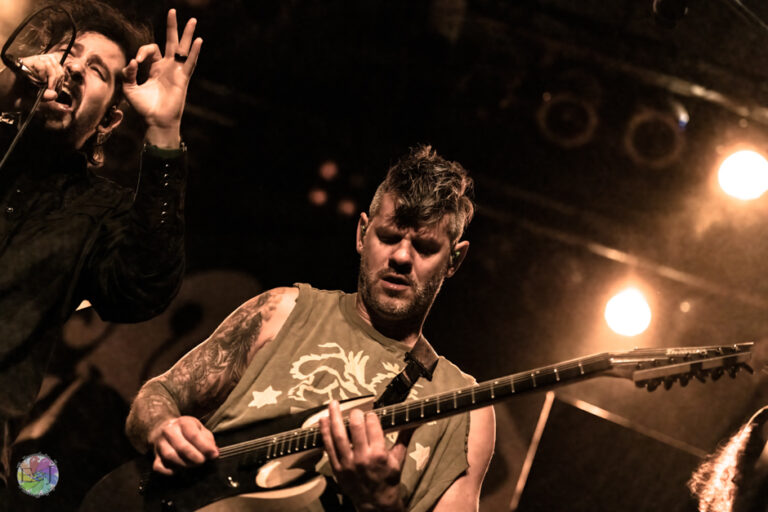 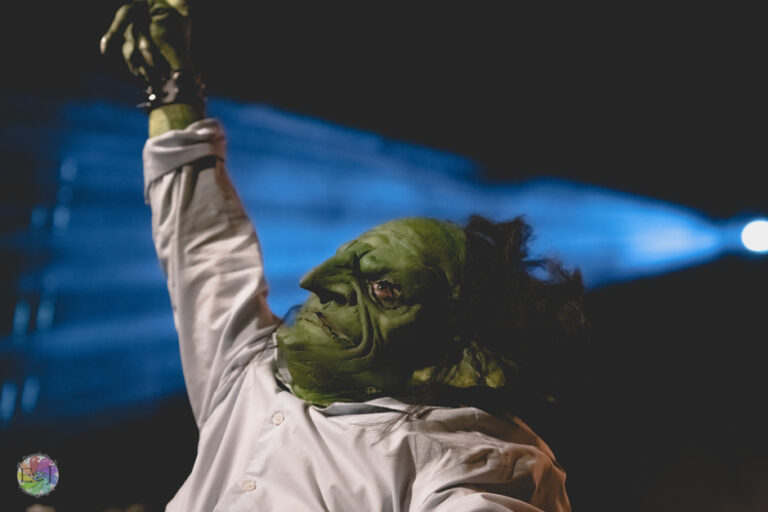 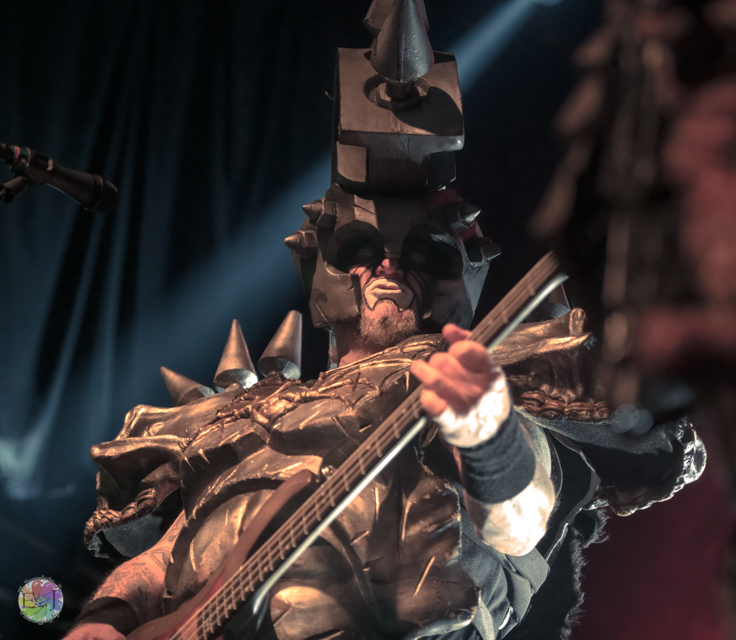 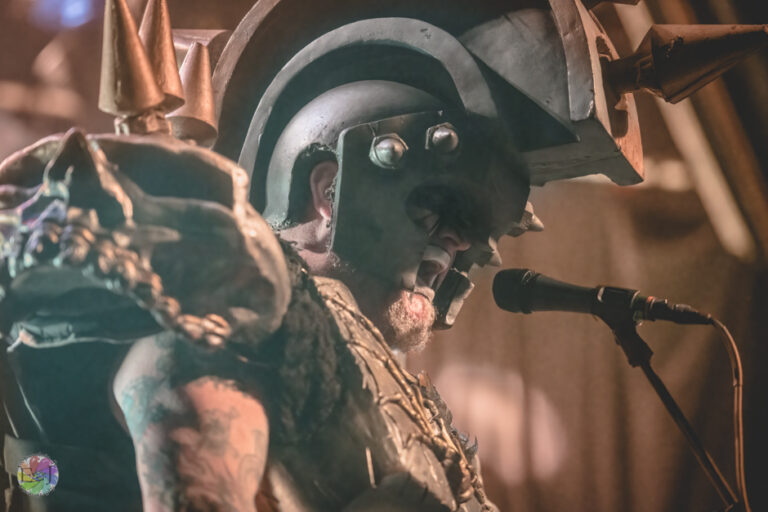