Houston, TX — What do you get if you grab the Stray Cats, Bad Religion, The Damned, a bit of Reverend Horton Heat, up the tempo by a lot, add a generous dose of horror films, and blend it all up in a giant blender? Aside from a messy bloody goo, you might end up with something like the Koffin Kats, the veteran punk/psychobilly trio from Michigan. If you’ve never heard of Koffin Kats, the name might conjure images of a veterinarian’s worst nightmare, but in reality they are a group that has been around for 20 years, forming in 2003 in the Detroit suburb of Garden City. And on the mild night of January 11th, they rolled into Houston to perform at the White Oak Music Hall in their intimate upstairs venue. The trio is made up of lead vocalist and double bassist Vic Victor, guitarist and occasional bassist Tommy Koffin, and drummer Eric “E-Ball” Walls II. Koffin Kats have made a name for themselves due to their style of punk and psycho-billy, persistent touring, onstage antics, and fierce energy that can only be appreciated in their live shows. One can get a sense of their music’s force by listening to them at home or in the car, but that is only a part of the experience; you’re not fully appreciating Koffin Kats until you witness Vic’s slapping basslines while he is mounted on top of his instrument. During their 75 minute show, the Kats treated the crowd to a whopping 20+ song setlist that spanned their 20 years as a band, belting out a nonstop barrage of fast-paced punk laced with monstrous double bass slapping, over-driven distorted power chords, and Walls’ strong beat. Vic’s suave baritone voice brings an air of 50’s style to the vocals. Most songs were from their self-titled  2003 debut and 2012’s Our Way & The Highway, with a good mix of tunes from their other releases, and even a cover of Hall & Oates “Maneater” which got the older attendees singing out loud. As mentioned before, the Kats left little room for conversation between songs, focusing on getting the job done and giving the crowd their money’s worth of great music; this paid off as no one present was standing still once the Kats took the stage with their catchy groove. The main lull between songs was at one point when Vic called on Tommy to get close to him, had him turn around, and pulled out a hair from the back of his head, stating “I had to get that – that hair was out of place and driving me crazy.” This exemplifies the great dynamic between Vic and Tommy, present with antics like switching instruments at random times, Vic resting his double bass on Tommy’s head, or using the guitar to hold down the strings on the bass fingerboard. Even if you’re not a fan of psycho-billy or horror-inspired lyrics, the Koffin Kats put on a hell of a show that anyone with any appreciation for music would be pleased about. If you remove the music altogether, the band’s chemistry made for a slapstick comedy on stage, and Vic’s agility with his instrument was a mini-musical acrobatic show that was sure to keep you entertained. And if all that is not enough, Vic’s good looks are certainly a way to draw you in – as was the case for a group of ladies standing right in front of Vic, swooning throughout the night. The Koffin Kats will be touring for the next few months throughout the US so if you have a chance to catch them live don’t pass it up, as you will miss out on a tremendously talented group. But if you cannot make it this time they will be touring again in the relative near future in celebration of their 20 years, and that is one show you do not want to miss! 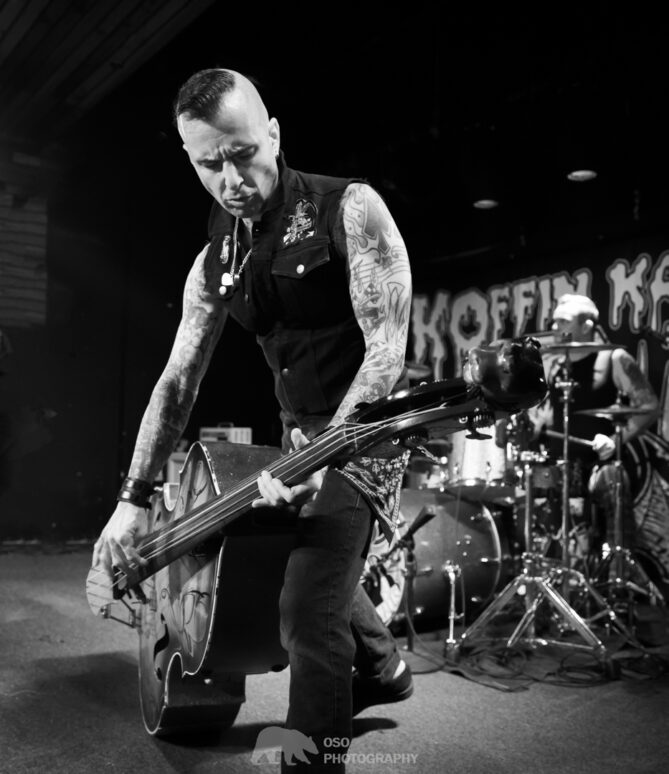 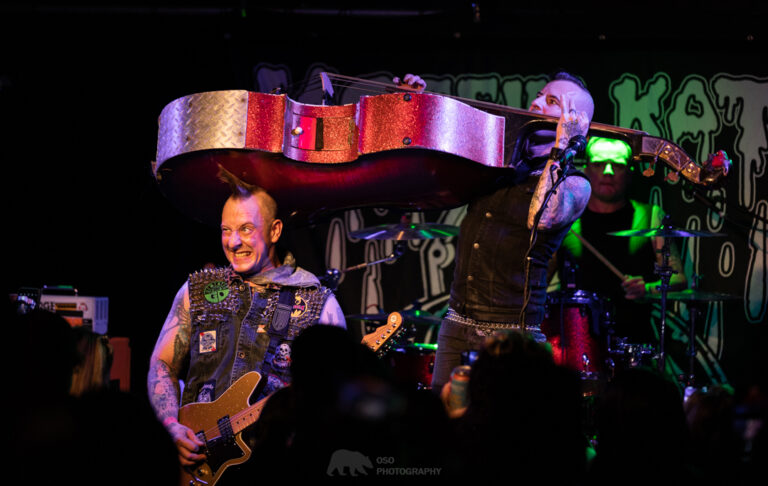 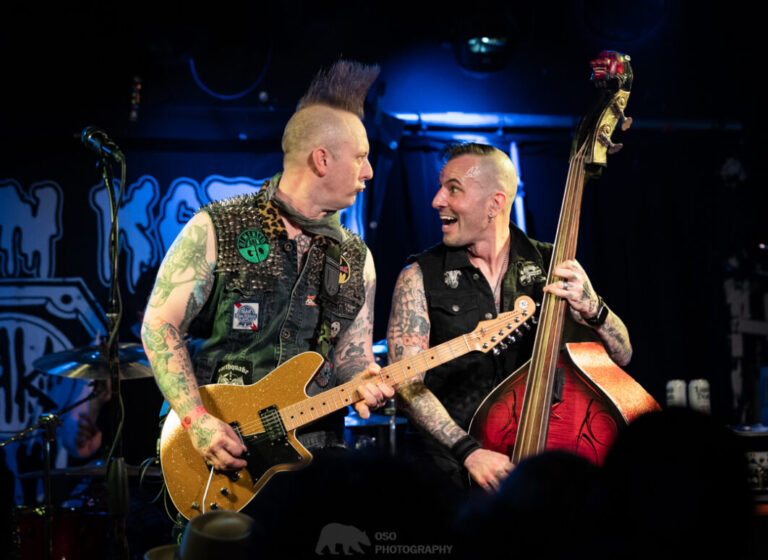 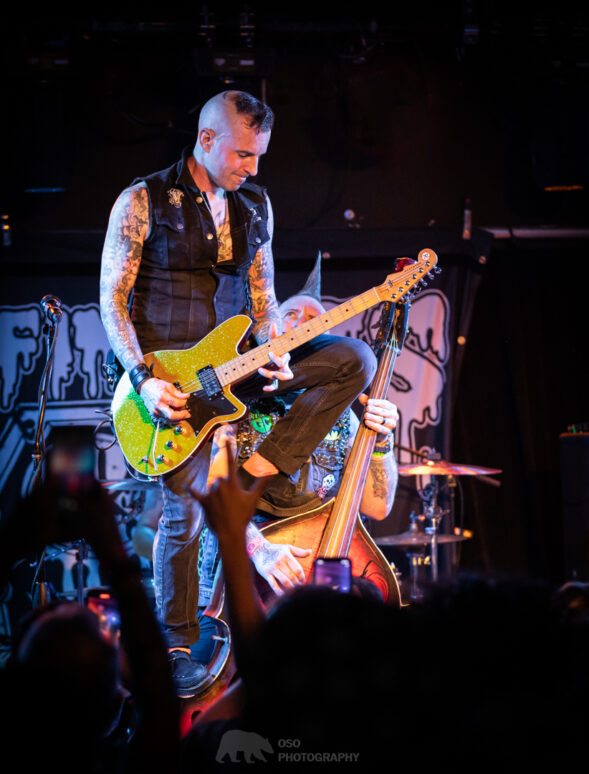 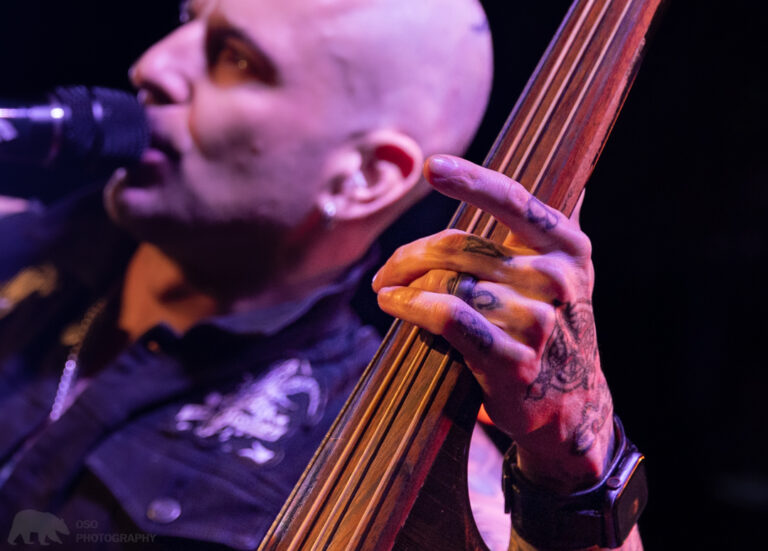 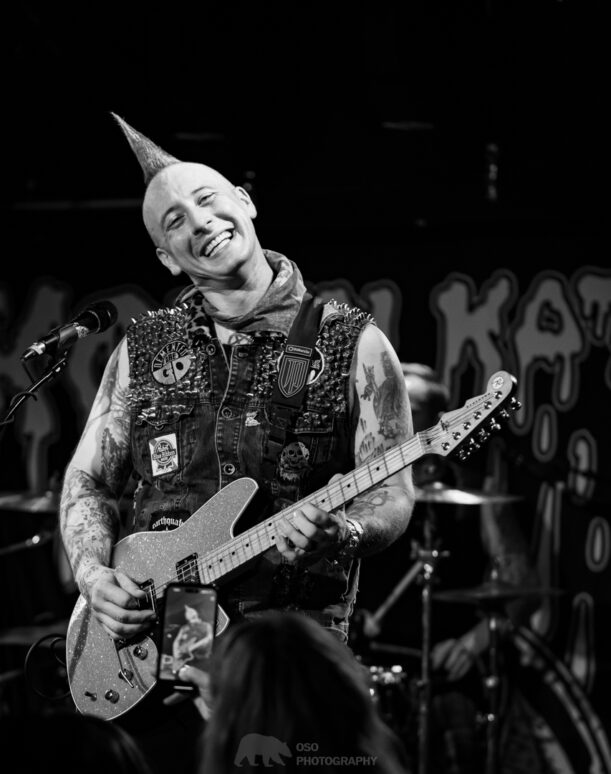 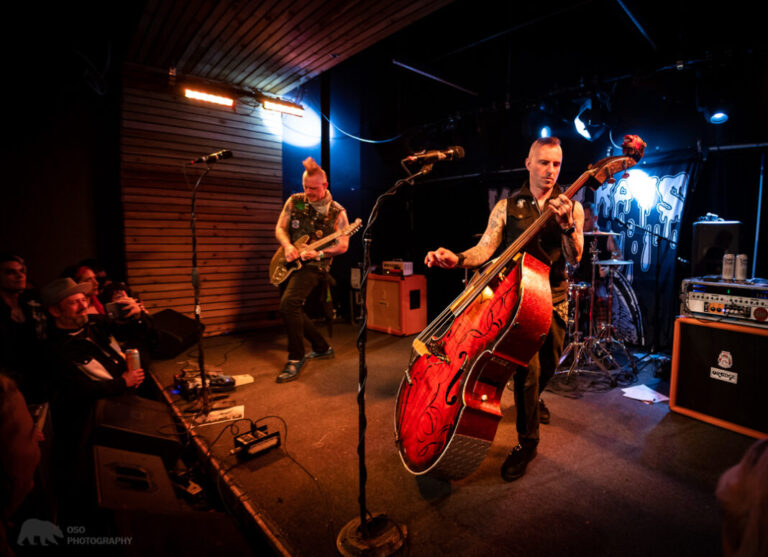 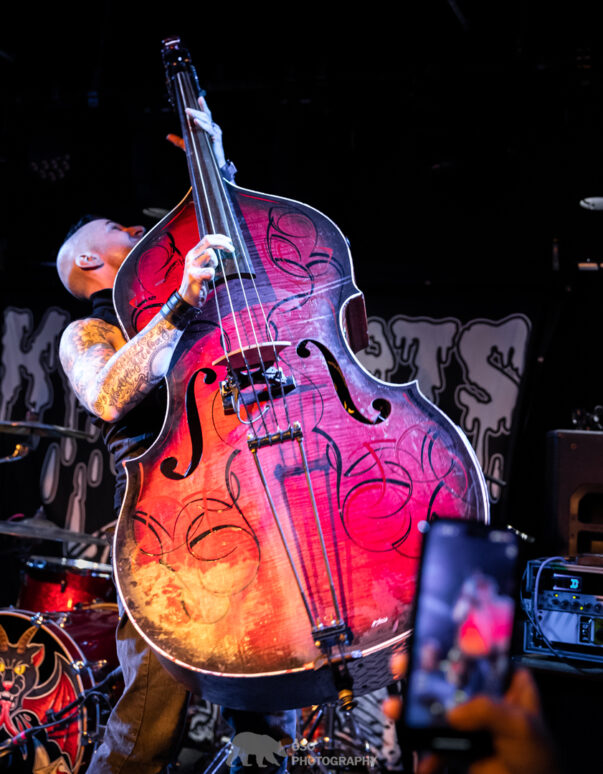 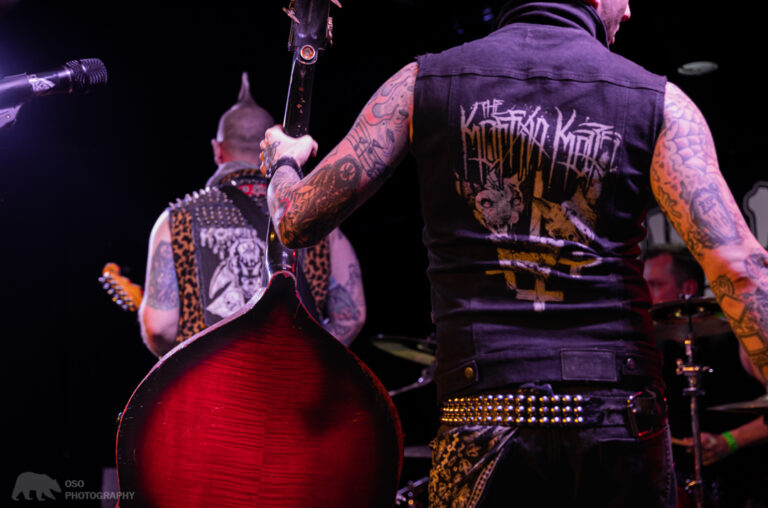