Once more unto the breach…

Story, Campaign design, Multiplayer, and even the series’ first T (Teen) rating came into question in this new addition to the Halo series – Halo 5: Guardians. I avoided all Spoilers (which I also leave out of this review) and came into the Halo 5 experience as excited as I had been leading up to its release. With all that in mind, I tackled Halo 5 head on and happened to come away with a different opinion of the game than most. 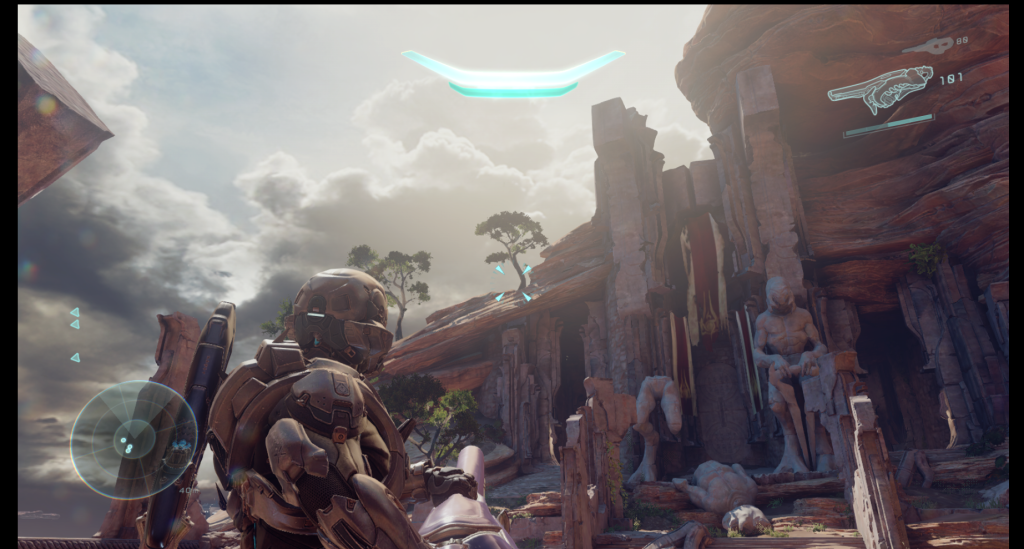 While many early reviews boasted great mechanics on the technical and visual side of the game (which I wholeheartedly agree with), they also were a bit sour on the campaign (both story and design). The attention paid to Fireteam Osiris (Spartans Locke, Buck, Tanaka and Val) was very detailed and more than expected. It was interesting to learn about the newly formed team. I found each character added something to the game and it’s better for it. That doesn’t mean that 343 Industries gets a pass for almost completely ignoring Blue Team (Chief, Fred, Kelly and Linda). I do think 343 will focus more on Blue Team in Halo 6 than they did here, but more on the Spartan 2’s would have been appreciated.

A good amount was learned about the history of Osiris. Each Spartans specialties, loyalty, and even linguistics. It is good insight on what Fireteam Osiris has been through both as a team and individually. Almost none of this applies to Blue Team. Starting with Halo: CE we were led to believe that Spartan 117 (Master Chief) was a bit of a relic. One of a kind. All of the Spartan 2’s had either been killed or had gone MIA. Nothing up to Halo 5 had done or said anything to disprove this. Yet here we are, Master Chief has a crew that is extremely loyal to him. They talk about past missions they had accomplished and following him blindly into unknown worlds. Where did they come from? Who are they? Why are they so loyal? If you haven’t read or watched any extended Halo universe fiction, you are at a loss. This is a missed opportunity. I should care about these people, but to me they are just cool suits of armor. 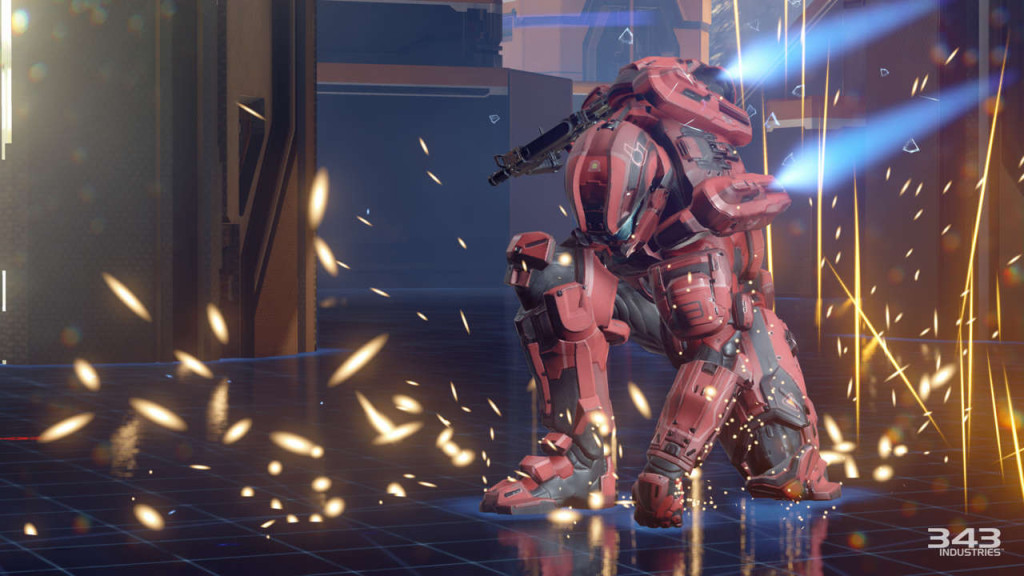 That being said, Halo 5 is all about movement and squad play. With additions like the booster pack, shoulder charge, and ground pound, it’s abundantly clear Halo 5 wants you in constant motion. If you stop moving, you’re dead, or at least down. Thankfully with the introduction of competent AI squad mates, you may be down but not out! Your squad can now revive you if you fall in battle and allow you to finish the fight without restarting at the previous checkpoint.

There are also squad commands that can be issued to you AI teammates. You can order them to hold an area, attack a certain enemy or grab a vehicle. While admittedly limited, even a little bit of control of your squad mates goes a long way when you are pinned down in an intense firefight. As always, Halo allows you to play the Campaign in full cooperative mode, but in Halo 5, it makes a little more sense. Instead of having multiple Chiefs running around, you or your friends assume the role of a fellow Spartan. Some “boss” fights require you to shoot enemies in the back, and while the improved squad AI helps this task, it’s much easier when an actual person is controlling one of your squad mates. 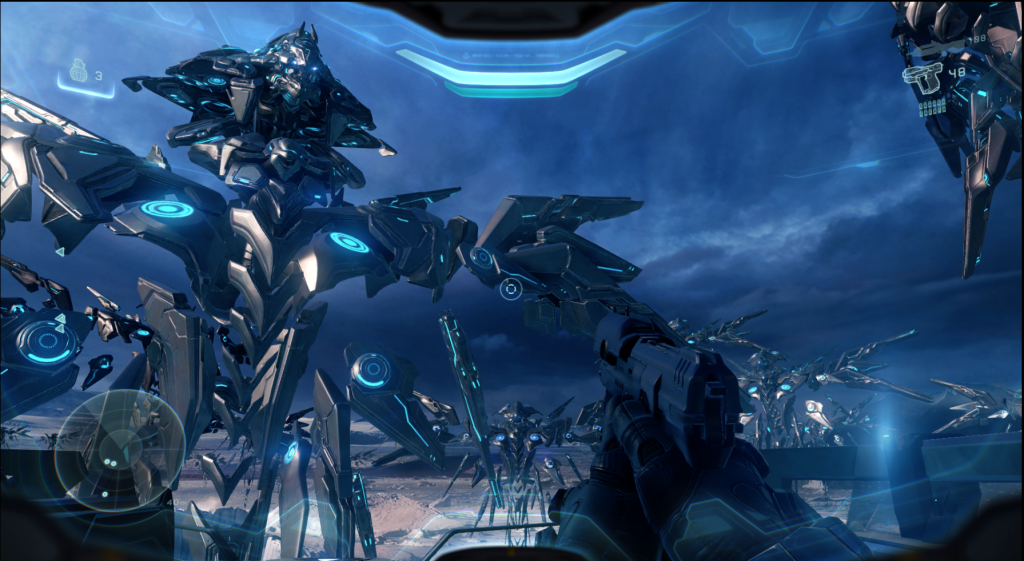 Question is: Did this role reversal (similar to Halo 2) take away from the overall experience? My answer: Only slightly. I feel that the level design is interesting and varied while the story, which is not my favorite in the series, evokes enough emotion (sadness and anger) towards a main character many people favor. There are certainly some plot issues that bring down the overall experience but not enough to keep you from enjoying the excellently crafted campaign. In a world where a single player campaign and any coherent story what so ever seem to be either underdeveloped or just completely missing, I’m thankful that the Halo series still makes an effort to bring this part of the game to the forefront. Overall, the campaign did a good job of moving the Halo universe forward and into uncharted territory while polishing already rock solid mechanics and updating visuals. It feels like they truly belong in the new generation of consoles. 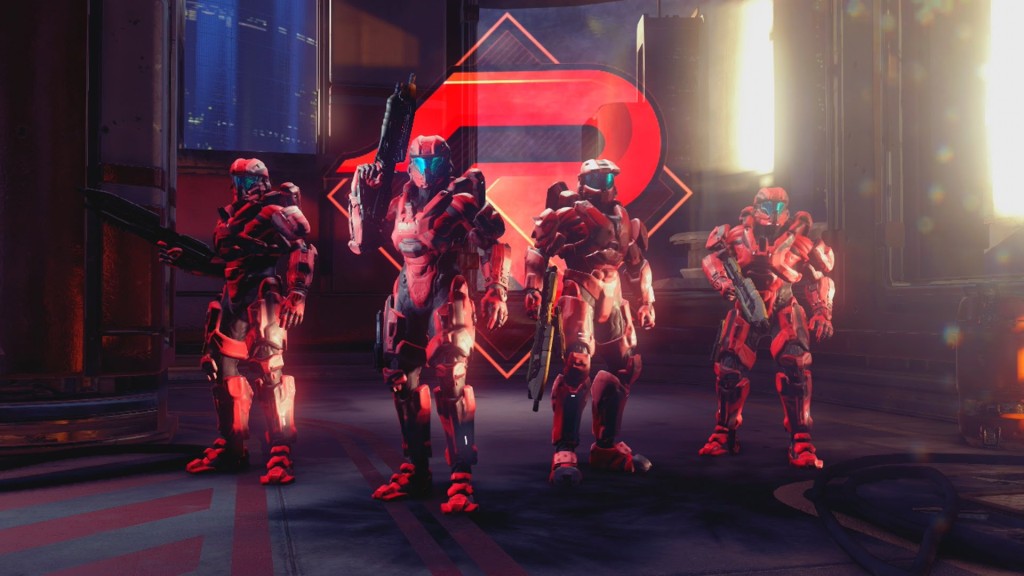 Where Halo usually makes its bones is multiplayer, and Halo 5 is no exception. In fact, it may be my favorite so far in the series (but it’s probably still Halo 2). With additions like the excellent Warzone game type, Halo looks to remain an industry leader when it comes to fragging friends and random alike.
With this new game mode comes a huge addition to the addictiveness of Halo multiplayer: the Requisition system. Simple premise: play any of Halo’s multiplayer modes and gain RP (requisition points). Spend your RP on cards packs which unlock vanity items like new helmets, armor, and visor color, but also consumables like power weapons, vehicles, and power-ups for use in Warzone. It’s a bit gimmicky due to the fact that you can use actual real world money (not just RP) to buy packs, but since 343 is giving all of Halo 5’s DLC away for free, I can’t really hold it against them.

343 Industries chose to go back to Halo’s roots with their Arena playlist. 4v4 is the only match size you will find available in Arena and this video game really thrives there. With the aforementioned added mobility, Arena games are super fast for Halo standards. Gone are the load outs from Halo 4. Everyone starts out on even ground, with the beginning seconds of each round playing out like a race to the “power” weapons. This is truly reminiscent of Halo 2’s stellar multiplayer suite. It’s funny to think of all the advancements that console FPS’s have made, yet a game like Halo goes back to its roots, so-to-speak, and all feels right in the video game world. 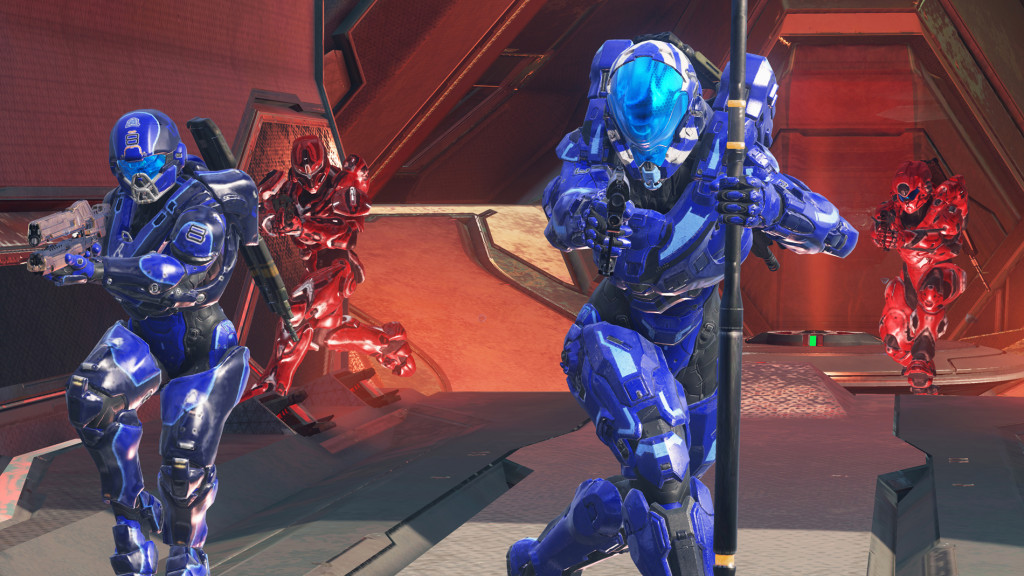 Another one of Halo’s strong points is its weapon diversity. Most FPS’s have the same basic weapon set; Handgun, Assault Rifle, Shotgun, Sniper Rifle, Grenades, and Rocket Launcher/RPG. Halo DOES conform to these standards, but each weapon type has 3 variations (UNSC, Covenant and Promethean) that behave rather differently. Halo 5 definitely boasts the most varied weapons in the series if not in any modern FPS. These options really make you think about which tools to bring into any given situation. That is a mark of a good FPS, and Halo 5 certainly is that.

I would be remiss not to mention Halo 5’s lack of split screen MP. Many people who still play Halo grew up on it. My life is in a different spot then when Halo 2 came out (wife and kid). I rarely have people over to play games so I don’t miss the feature but I can understand people balking at its omission.

Lastly, the lack of an M rating on Halo 5 has been a bit of a sore subject. Let’s be honest, Halo was hardly ever a “hard” M when I came to ratings. Yes, there are guns and violence but there was never gratuitous blood or even bad language. I think this is more of a case where the ratings board has caught up with modern media. With network shows becoming edgier with their content each year (severed heads and cannibalism to name a few instances), I think it’s really just a natural adjustment to the times. The game does not suffer because of the rating; this is the same Halo you know and love. 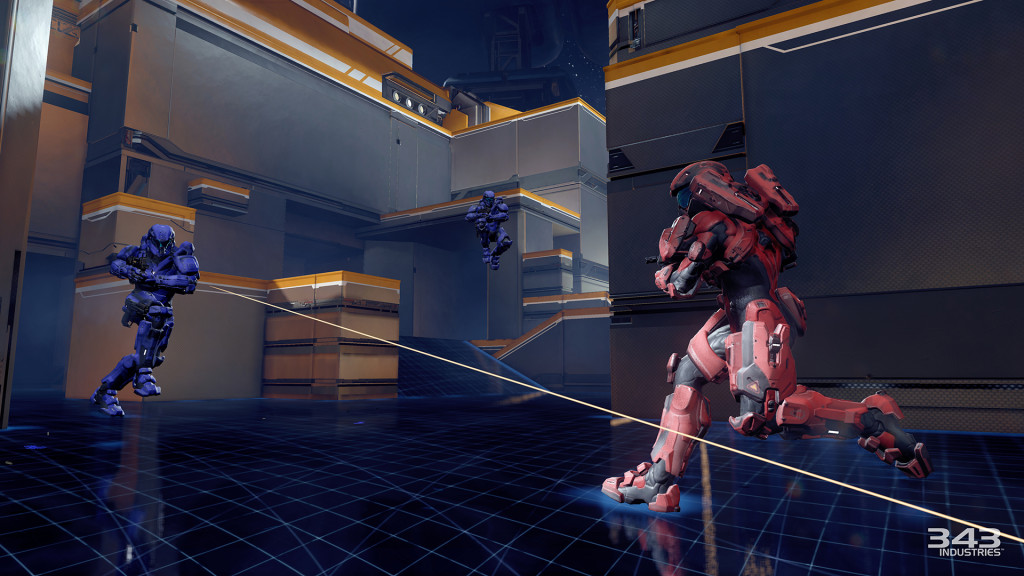 That being said, Halo 5 is not a perfect game by any means; its story lacks some balance, but the actual game play and level/map design MORE than make up for this. Technically speaking, Halo 5 is the most impressive Halo game to date. For me, I can say I’m looking forward to the endless multiplayer matches, and joining up with friends to help save the universe once more!