NORFOLK, VA– Wolkoff is anything but ordinary. English teacher and French tutor Joanie Wolkoff by day, one might think she’s quite the nerd. But by night, or at least in her off times, Wolkoff comes to life with her exuberant emotions brought to us by way of electropop song and dance. Never standing still on stage, she moves as her music moves. She pauses as her music pauses. And she comes to life as her music does so, making quite the pleasing subject for the camera. 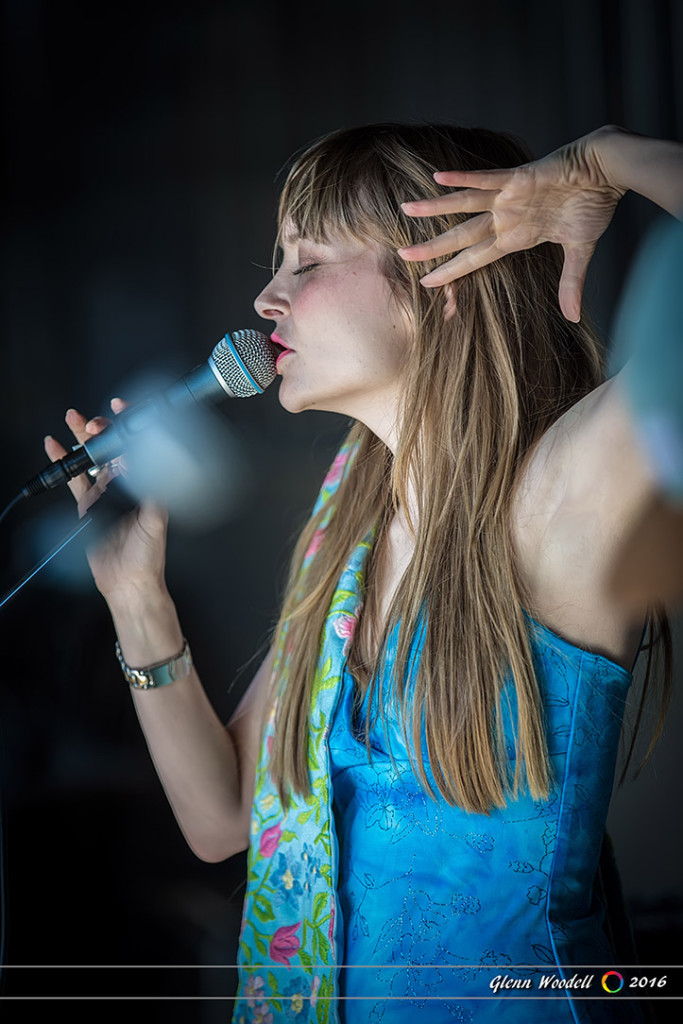 MonkeyGoose got a chance to talk to Wolkoff at the Thank You Art Gallery in the industrial outskirts of the Ghent section of Norfolk. Having never been there myself, I thought I was entering a warehouse. I was. A rather mundane building on the outside, and hardly a place you’d consider a music venue, Thank You is part art gallery and part workshop for artists. She had just gotten out of the car after a long road trip and was still stretching her legs. But tired as she was, she was excited at the opportunity to speak for an interview and pose for some pictures.

Originally from Toronto, she now lives in Brooklyn, after living a short while in France. She was in the middle of a small tour of the east coast when we caught up with her in Norfolk. She wasn’t even sure what time her performance was to start but was ready to do so at a moment’s notice. I managed to get a few shots of her relaxing while still obviously performing, albeit in a more silent mode. 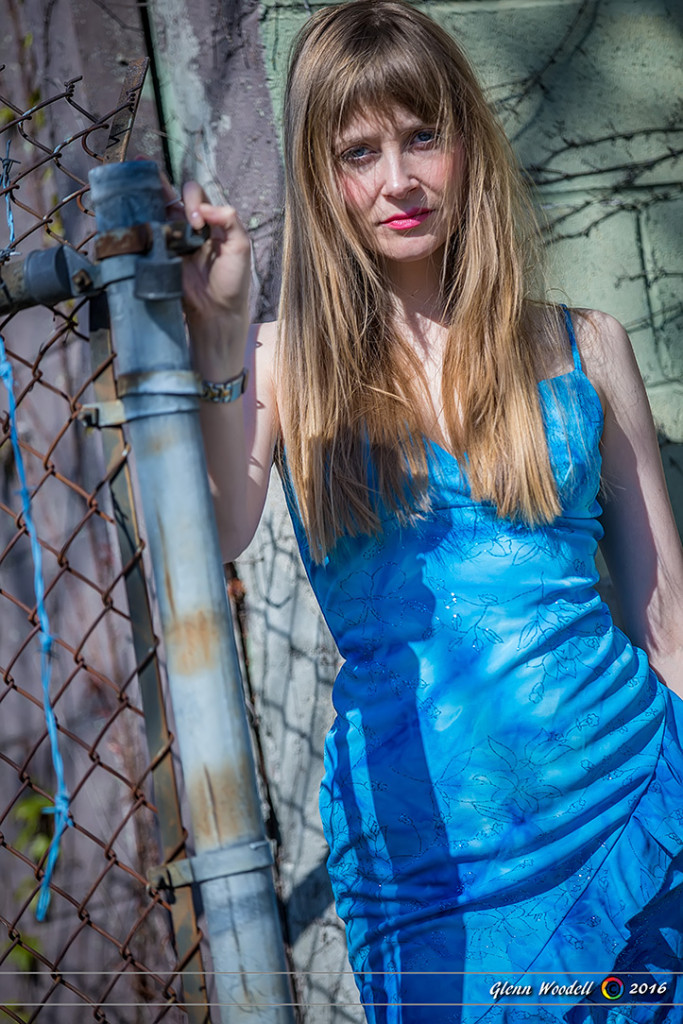 Her new album entitled, “Without Shame” was just days from being released and her excitement was obvious as she spoke of it. Having arrived about the time I did, she hadn’t yet changed into her stage outfit. We discussed her options and based on the photography, we decided on her blue dress to compliment her slate blue eyes. After only a handful of shots, she got the call to take the stage. 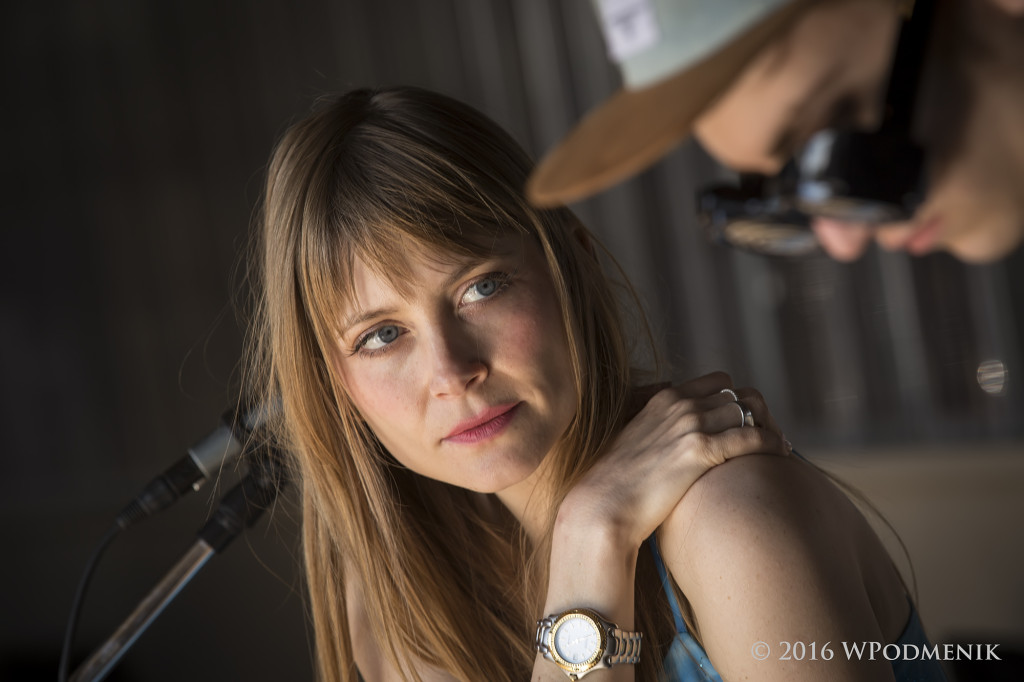 Wolkoff has been touring with her good friend Icarus Moth who provided the music, which was eclectic and powerful. Staring at the keys through X-Ray vision glasses, he was a perfect fit for her flowing style. Her vocals were sometimes haunting yet feminine, and then powerful yet graceful, all the while capturing the attention of everyone there who had formed a small crowd outside the garage door.

Check out her album, due for release on April 15th, which can be previewed at http://consequenceofsound.net/2016/04/stream-wolkoffs-glittering-electropop-debut-without-shame/ 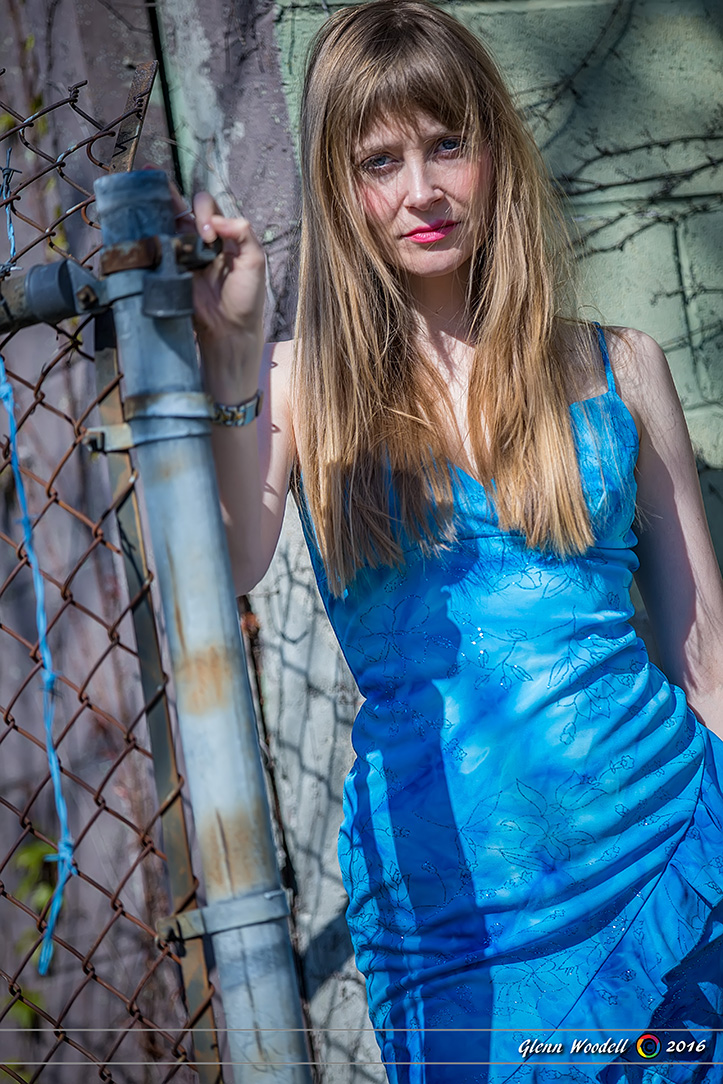 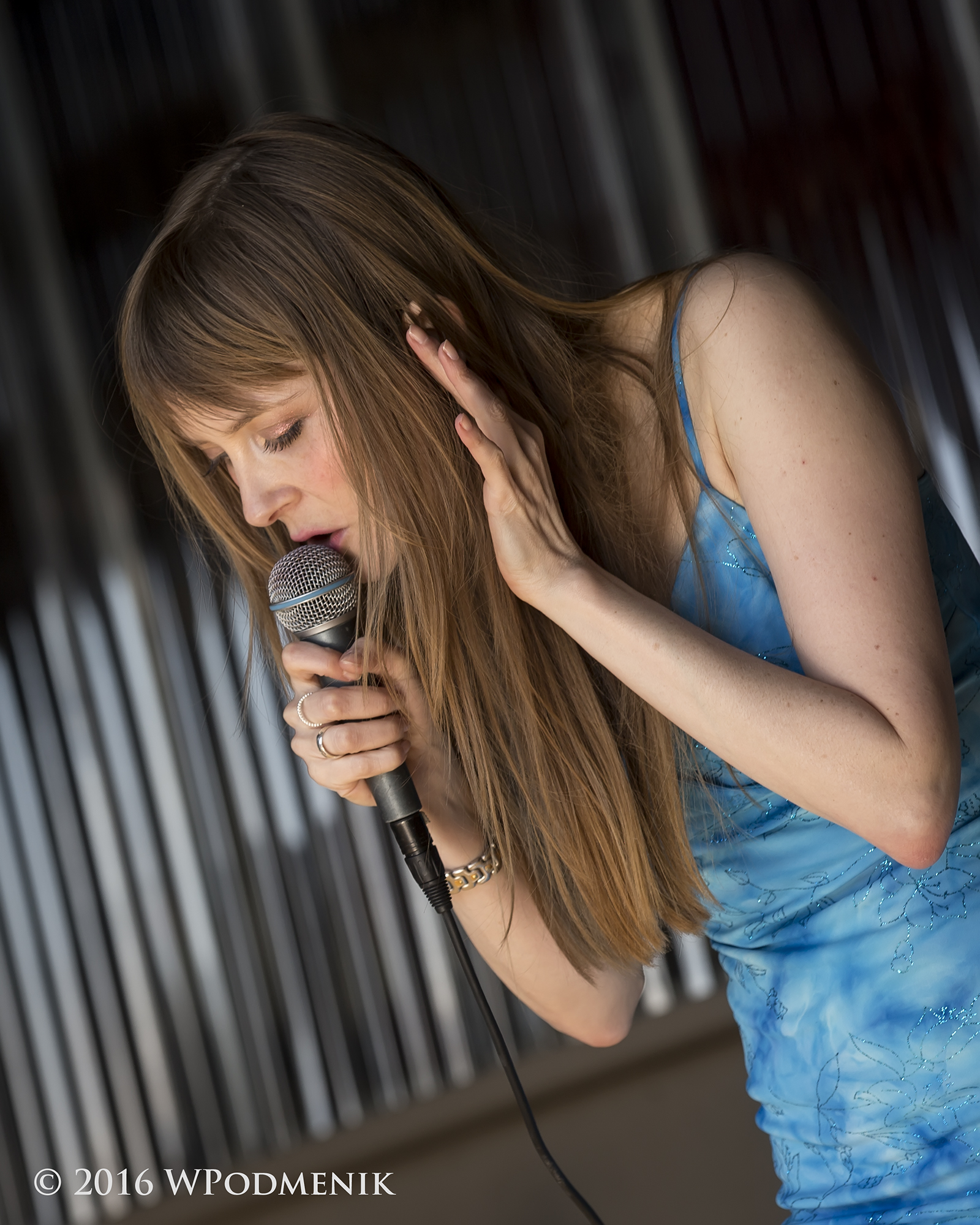 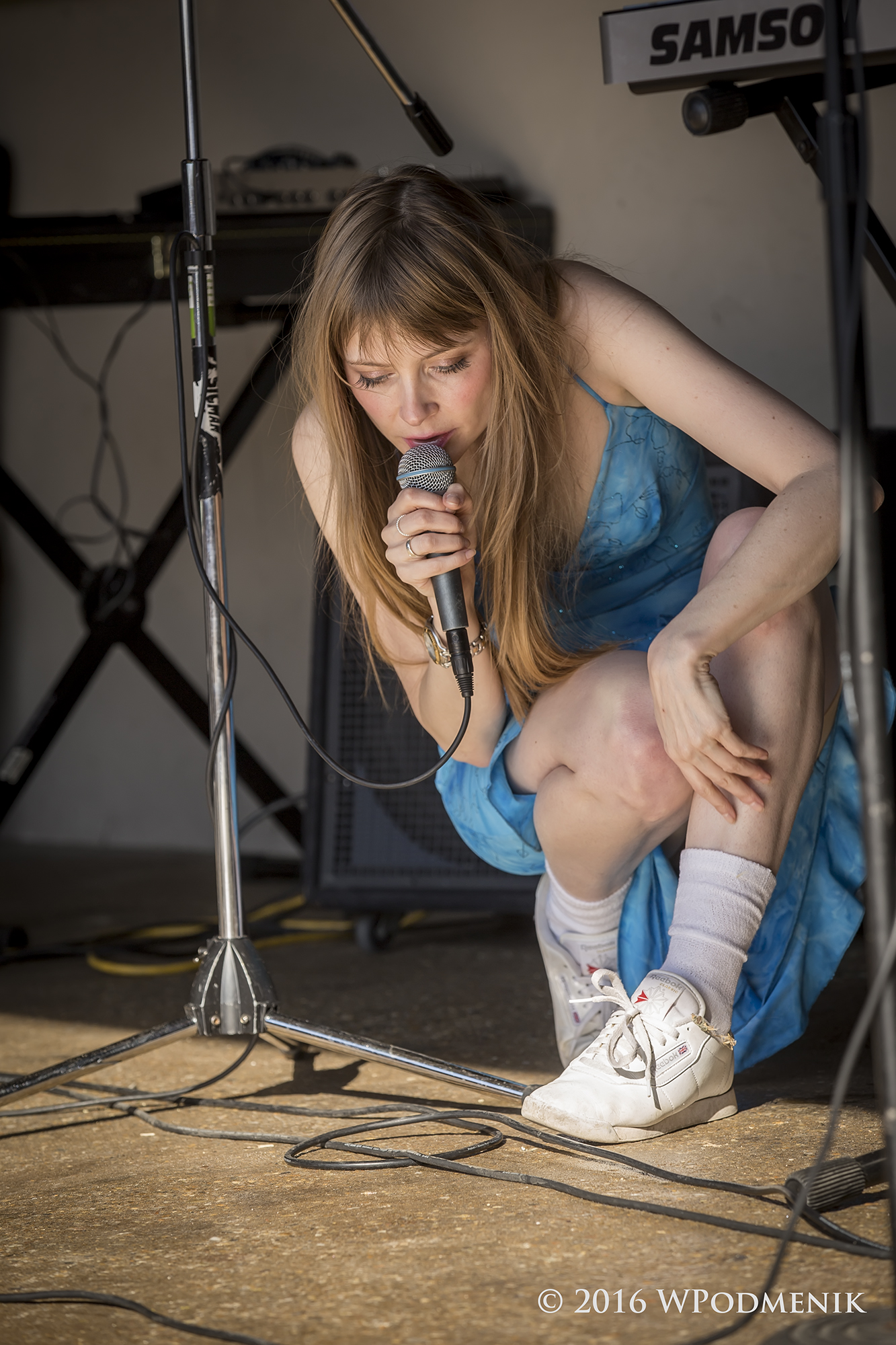 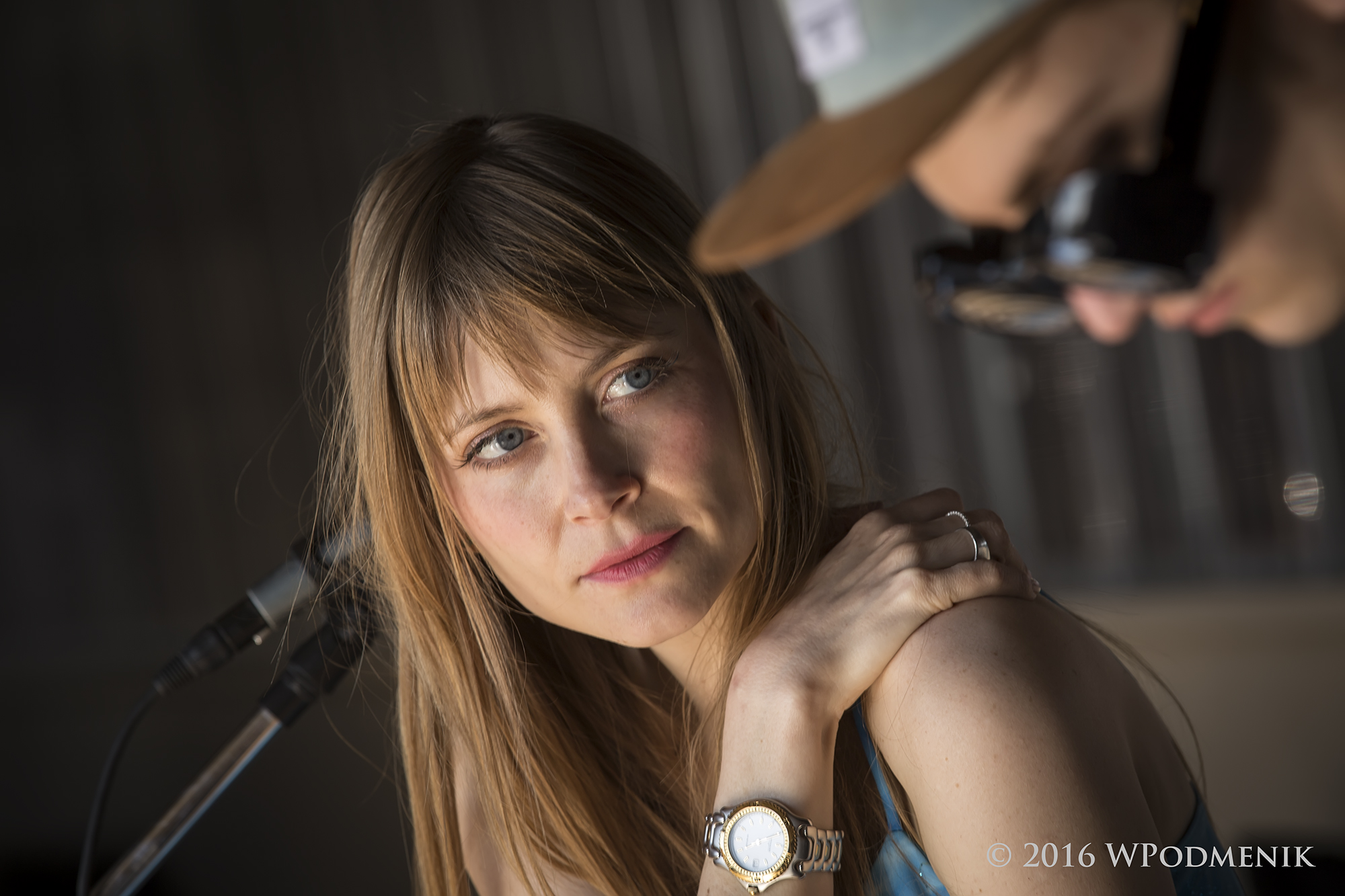 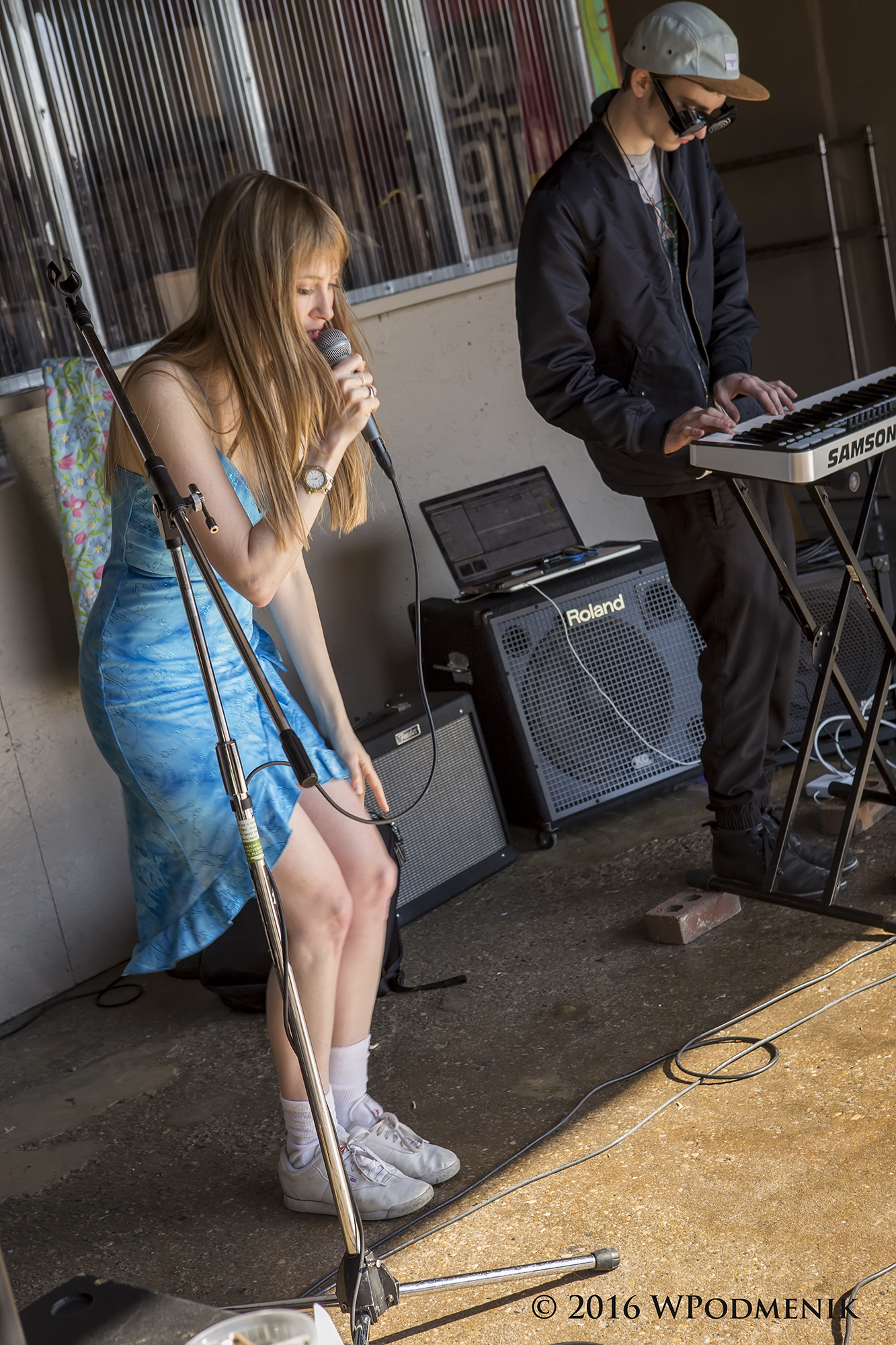 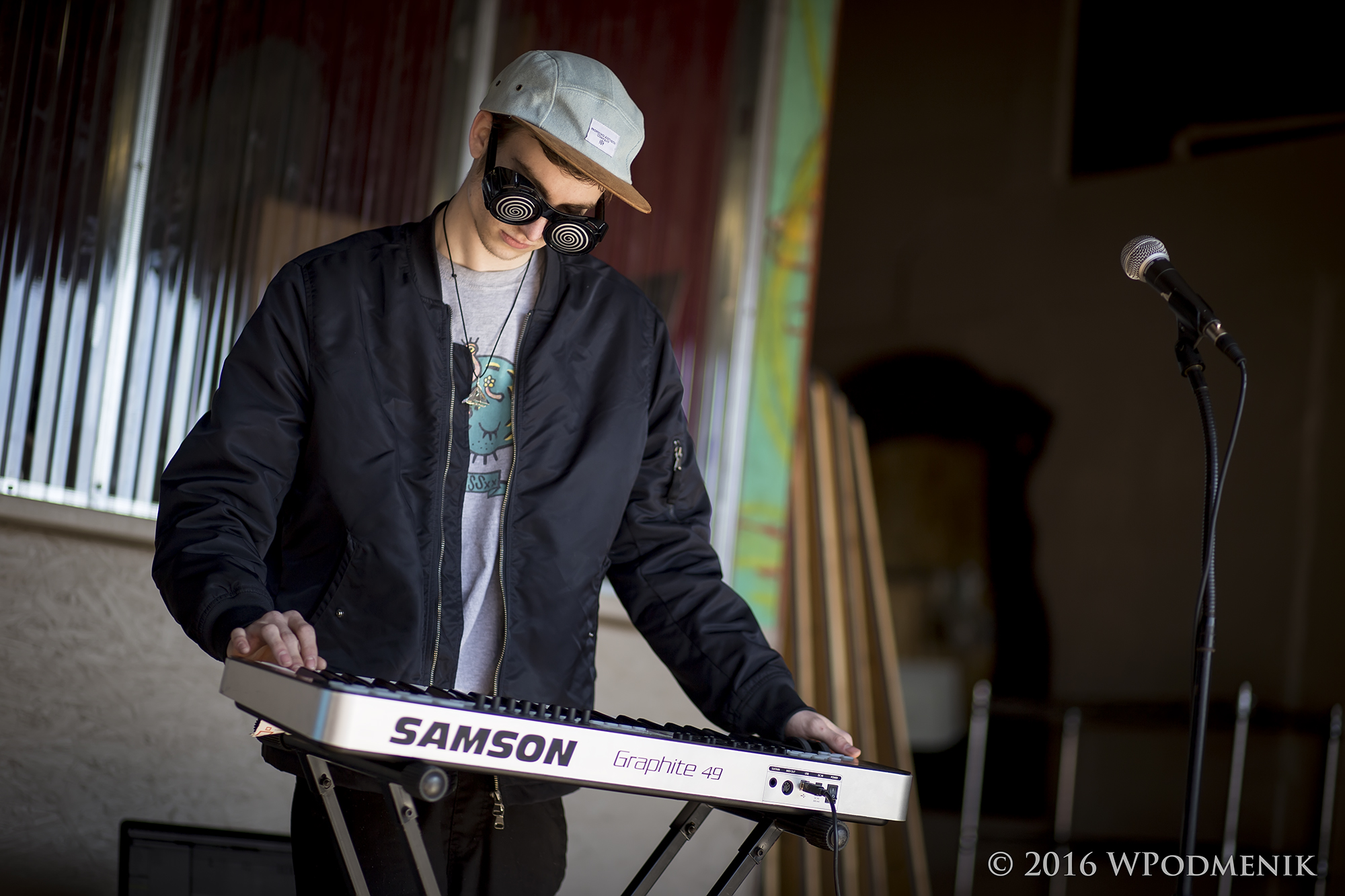 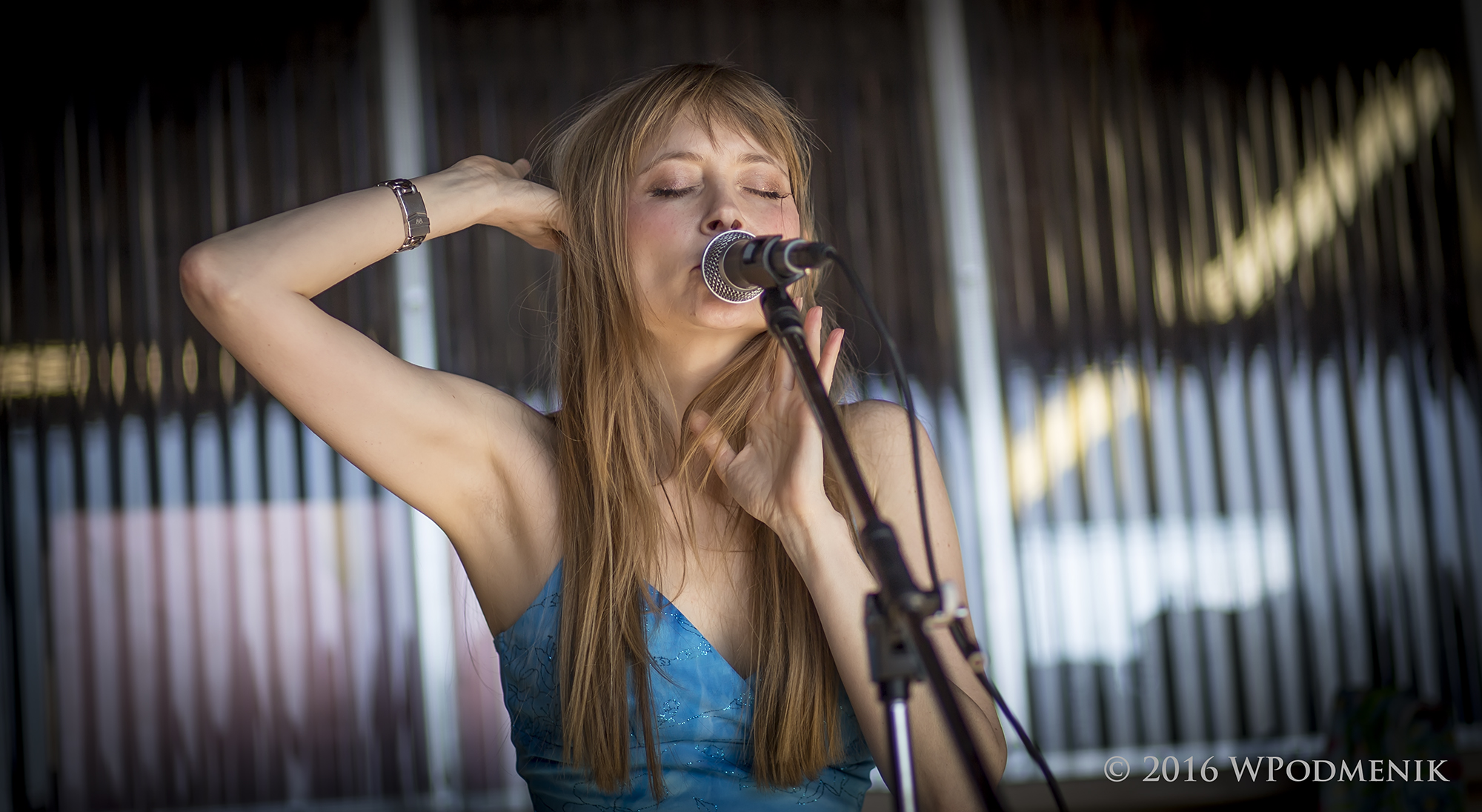 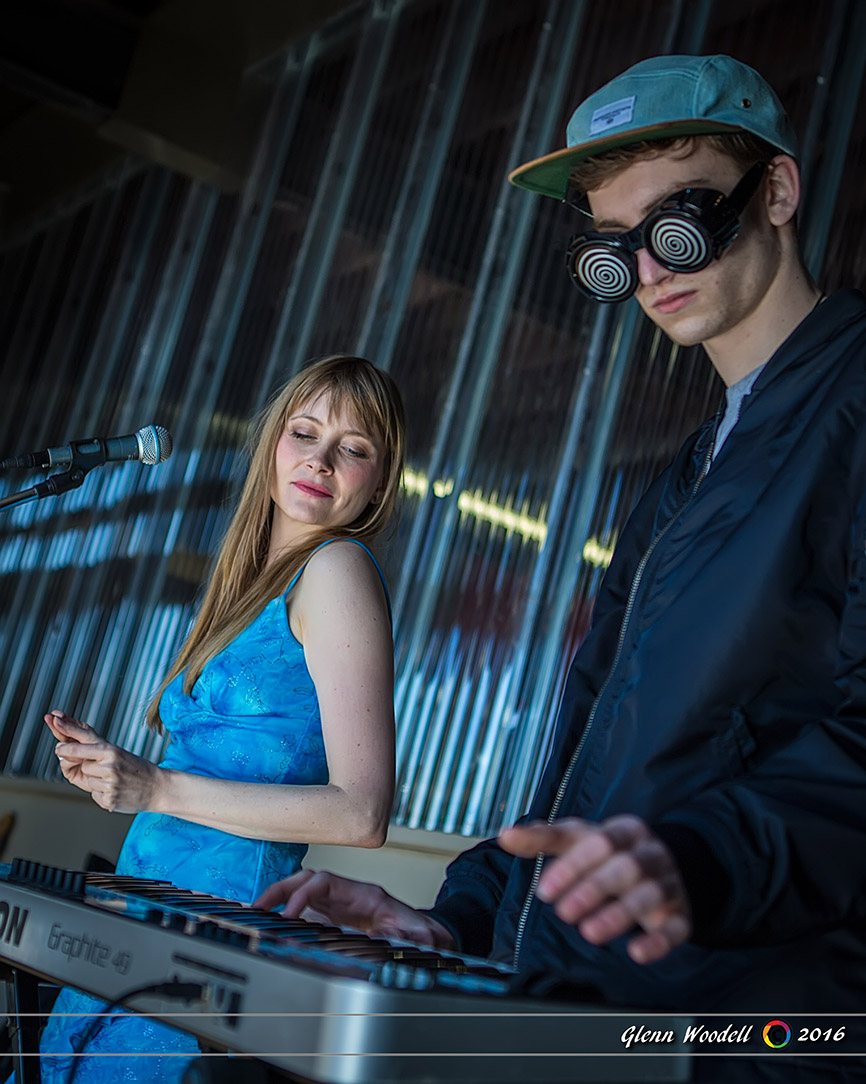 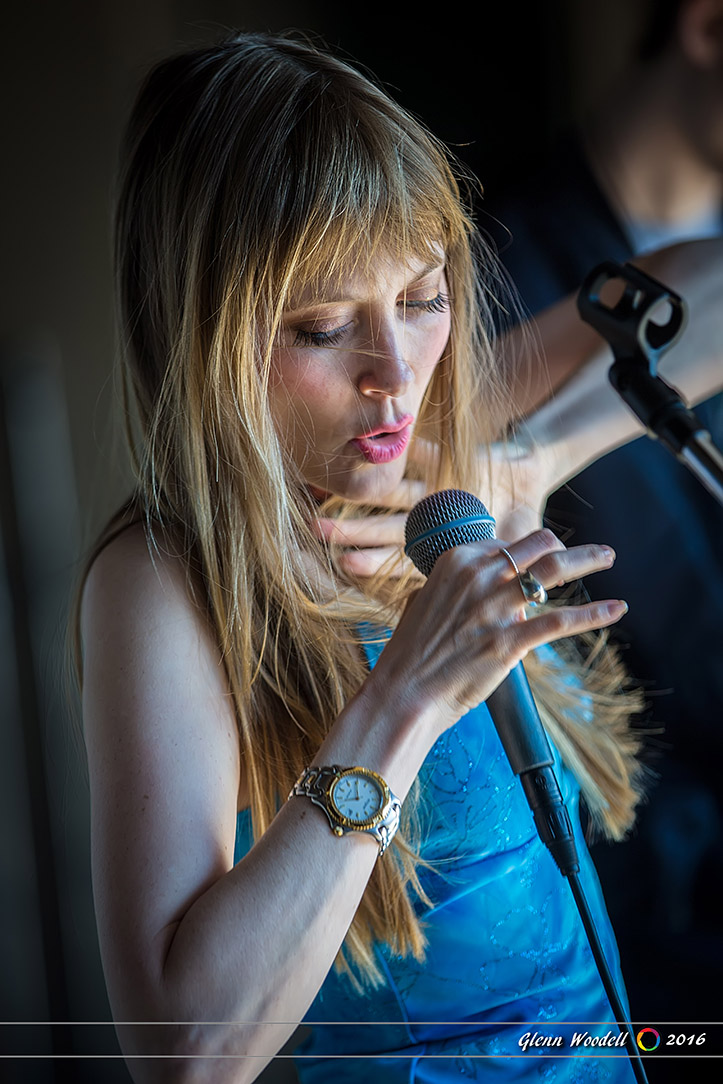 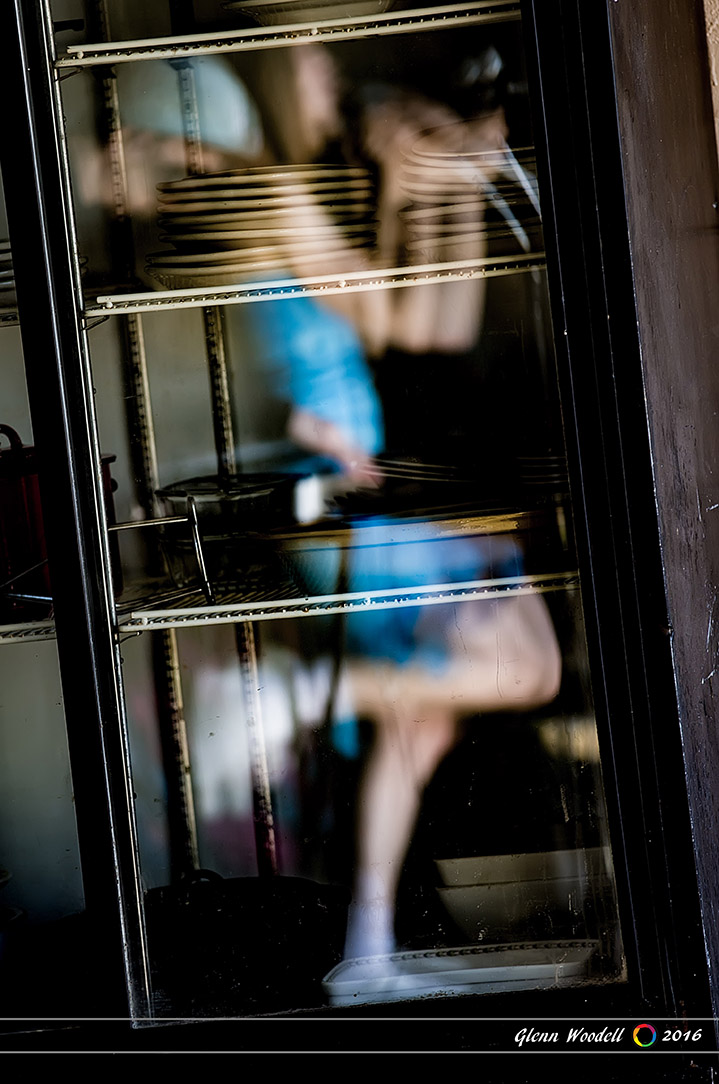 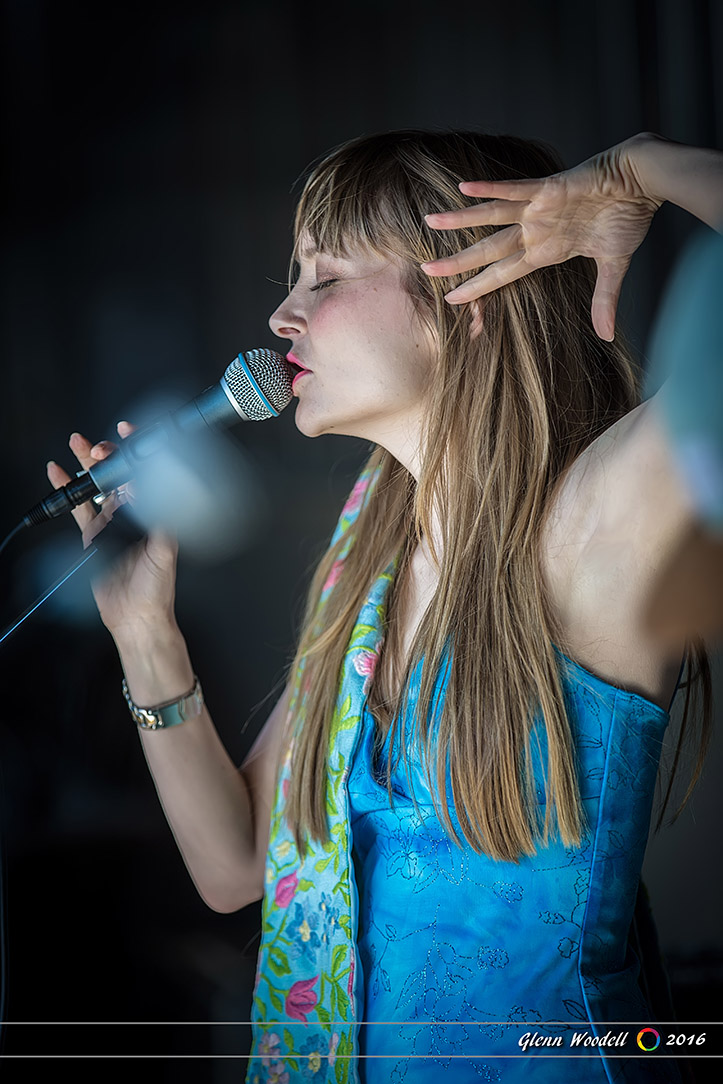 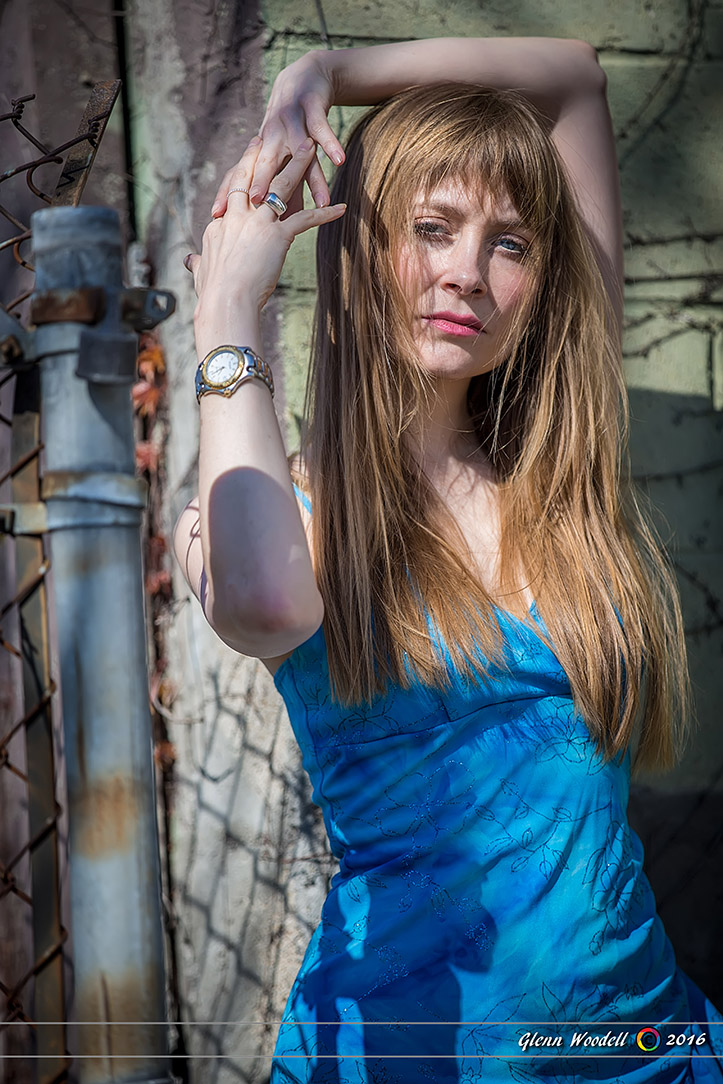