I put a decent amount of time into the original Destiny, somewhere around 120 hrs. While this seems like a lot of time to a casual player, it pales in comparison to most of the hardcore Destiny players (many players racking up time played in the 1000’s of hours). I found the game, while from a technical standpoint, amazing, to be repetitive and extremely derivative of developer Bungie’s previous works (Halo, to be specific). I never bothered with the DLC, even though it supposedly rectified a lot of vanilla Destiny’s issues (story focus, repetitive encounters and environments, etc.), so coming into Destiny 2 I am expecting to have a very different experience.

The thing I felt Destiny 2 needed the most was to lean into the lore that OG Destiny vaguely touched on, so it was encouraging to hear Bungie was taking the main story into account a lot more with this go around. I will keep spoilers to a minimum (almost non-existent) with this part of my review but basically you choose your character, a Guardian, from 3 base classes (Warlock, Titan, and Hunter) and jump right into the prologue, aka a thinly masked tutorial of sorts, where you learn your classes abilities and get a handle on the gun game. 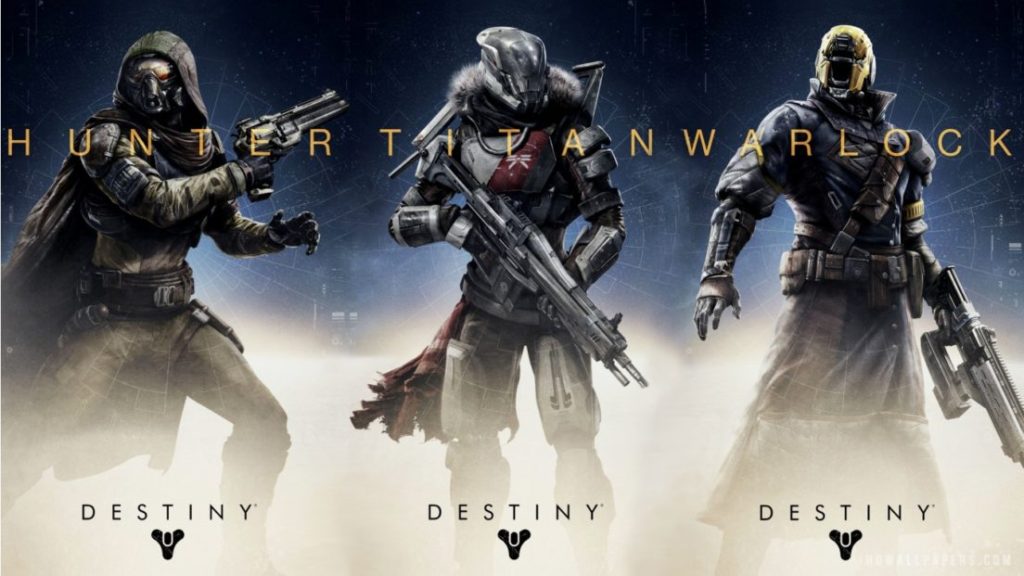 The Story for D2 (no, not Mighty Ducks 2) definitely raises the bar for the franchise. I wouldn’t say it’s leaps and bounds better but it’s obvious more work and thought were put into crafting D2’s campaign and bringing their characters to life. Top voice talent was brought in (some returning) to, um, voice said characters. BUT, even the best actors can only do so much if the dialog isn’t well written, and therein lies the issue. Other than Cayde-6 (tremendously voiced by Nathan Fillion) ,who has lines that are supposed to be funny, almost all of the other main cast are given laughably BAD dialog. Seems like a waste of great veteran voice talent.

About that new story…

So, at least there is one to speak of, which I will do, very vaguely, right now. There is a big bad, Dominus Ghaul (Wow, really?) who has the proper universe Dominus domination plot in which to talk very gravely about (the Ghaul gall of this guy…). It’s up to me/you/us to stop this mad man’s plot. Things happen (no spoilers, remember), and you open up multiple different hub worlds in which to launch your missions from. Thankfully, the terrain in which to destroy whole races of sentient beings is quite a bit more varied and so beautifully rendered this time around. I honestly love the look of this game. 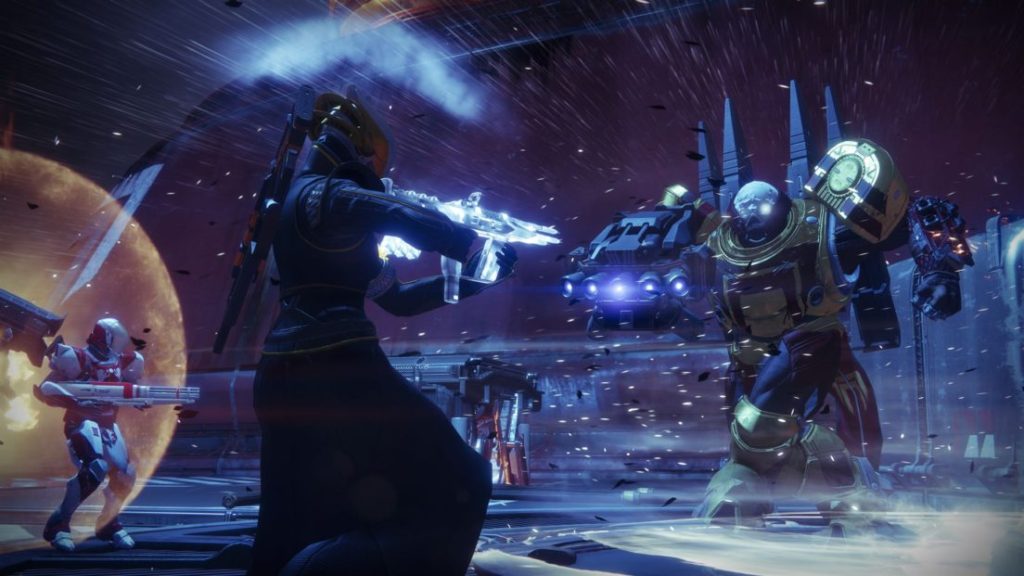 Oh, speaking of those other races opposing the Guardians, maybe I missed it, but if I didn’t play D1, I would have no idea who or what these things are. What are the Vex trying to do to these world’s? Who are the Fallen? Why are the Cabal so aggressive? These are good questions that I feel are not answered in the game. I know these answers because I played D1 but this seems like an oversight.

As far as the part of the review pertaining to the story goes, I’m going to just say that Bungie at least made good on their promise of story focus with D2. The campaign does provide valid reason for jumping from planet to planet, at least in the sense of its story. Was it any good? This humble reviewer finds it to be very derivative of Halo, Star Wars and countless other classic sci-fi stories. I feel there is progress made on this front, but with the next iteration of Destiny, I’m hoping for more ingenuity and creative storytelling and less aping off of others.

This is what I paid to get in here for…

With all my negativity about the story, you might think i don’t like D2 much. On the contrary, I actually like it very much. Gameplay is king to me, and I have not been let down by Destiny 2 when it comes to gameplay. Bungie proves that it hasn’t lost its fastball where FPS mechanics are concerned. The ease at which I dispatched foes put a smile on my face that would best be described as Joker-esque. Hand Cannons, Auto Rifles, Rocket Launchers, and Swords are just a few of the excellent stable of death dealers available to your Guardian and there are plenty of baddies who are in need of a violent end. 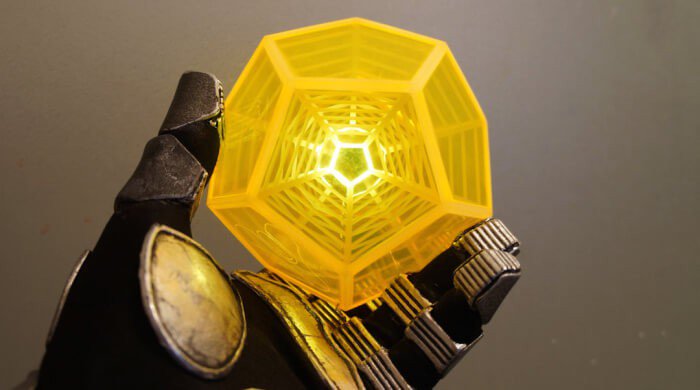 As with most loot driven games, the fun really comes from getting a new weapon and testing it out. Seeing how they handle in a certain situation. Fiddling with the mods. What causes the most carnage? In those parameters, Destiny 2 is second only to the  Borderlands franchise on consoles, and not by much. Every single time I see a legendary or exotic engram (a decodable energy ball with a weapon or piece of armor inside) pop from a downed enemy, my brain releases a bit of dopamine, and down the spiral I go. Rinse and repeat. Happy, Happy, Joy,Joy!

Even if the loot game is stellar, there needs to be compelling content to keep that proverbial carrot out in front of me. To my absolute joy, the sheer amount of quests, adventures, public events, strikes, patrols, raids (only to mention a few) boggles the mind. Yes, there is a fair amount of retread, location and mission-wise, but it’s a small price to pay for the amount of time-killing adventures available to the player. It also doesn’t hurt that the art and sound design, not to mention the musical score, are genre defining. That goes a long way in easing the repetitiveness. 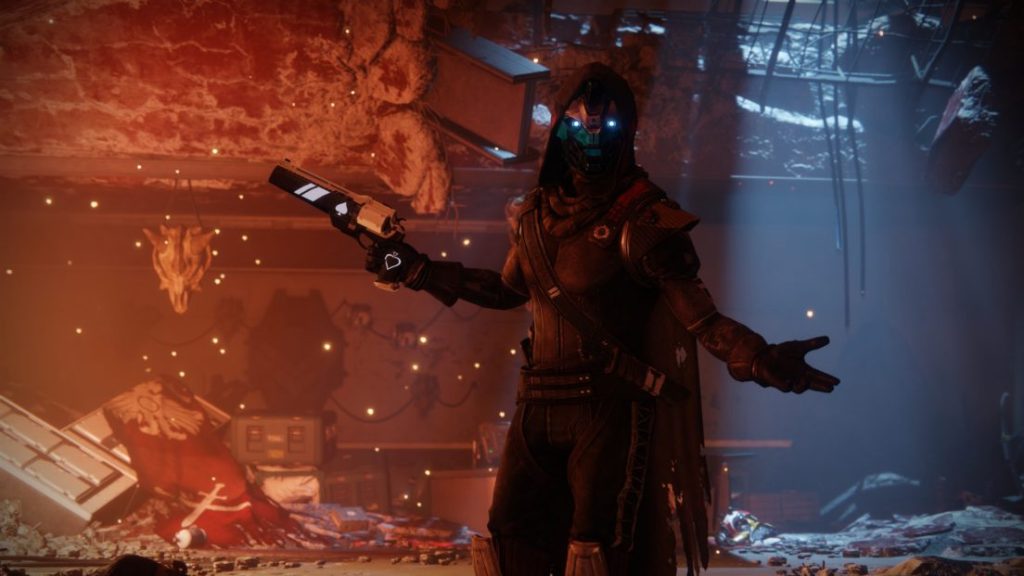 I will go into more depth on the subject of the endgame in part 2 of my review but if you are all about the grind, the loot, and the competitive mp then there is plenty for you to do in Destiny 2 (that rhymed!). Conversely, if you came to Destiny 2 for a riveting single player space opera and don’t care too much about post story content, I can’t advise picking this game up for that alone. The lack of set pieces and a barely adequate base story keeps this from being a truly special single player experience.

But that drop in, drop out co-op though…

Part 2 of my review will cover all endgame stuff including the Strikes and Raids. Stay tuned for that and my final score on DESTINY 2.