Indianapolis, IN – John 5 And The Creatures just finished a leg of their It’s Alive Tour that included a stop at The Vogue in Indianapolis on February 21, 2018.

Standout Story, an on-the-rise Indianapolis band with a strong following, opened the night.  The foursome played to the assembled fans with a strong set that included many original songs.

During the interim between Standout Story and the headliner, a familiar but peculiar series of childhood nursery rhymes played over the venue speakers, including “The Itsy Bitsy Spider,” “Five Little Monkeys (Jumping on a Bed)” and “Humpty Dumpty.”  These songs, sung playfully by little children, seemed surreal and out of place at this rock concert; however, while watching the blow-up, campy cartoon figures being set up on the stage (a friendly Frankenstein, a ghost, etc), it all fit together.

John 5 entered the stage through a blow-up arch, arms raised, to terrific applause.  Then he, bassist Ian Ross and drummer Logan Nix played song after song, with John 5 swapping out one spectacular guitar after another.  Some had bright LEDs shooting out into the audience, and for another, he broke out a bow and played the guitar with it.  What talent!  The band paid homage to other performers, including Metallica  (“Enter Sandman”) and Michael Jackson (“Beat It”).

Throughout the show, two small video screens showed clips of horror and suspense films (Psycho, A Clockwork Orange, The Shining, etc).  Juxtaposed with the campy blow-up figures and the sensational make-up of John 5, the overall visual display was bizarre, but it completely worked.  Go figure.

The entire show was instrumental, and no word was spoken until nearly the end, when John 5 thanked the crowd for their support, and for coming out that night.  Because he rarely speaks (as guitarist for Rob Zombie, he never speaks), it was particularly nice to hear his voice.  It’s a rich voice.

John 5 And The Creatures resumes touring at the end of March, mostly in Texas, California and along the west coast.  Check out their tour schedule at https://john-5.com/main/tour/. 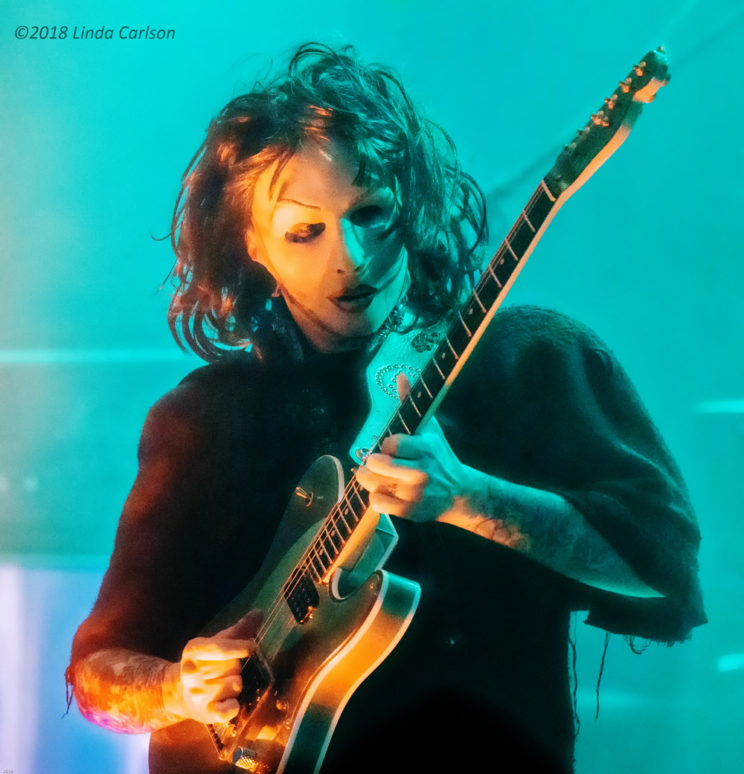 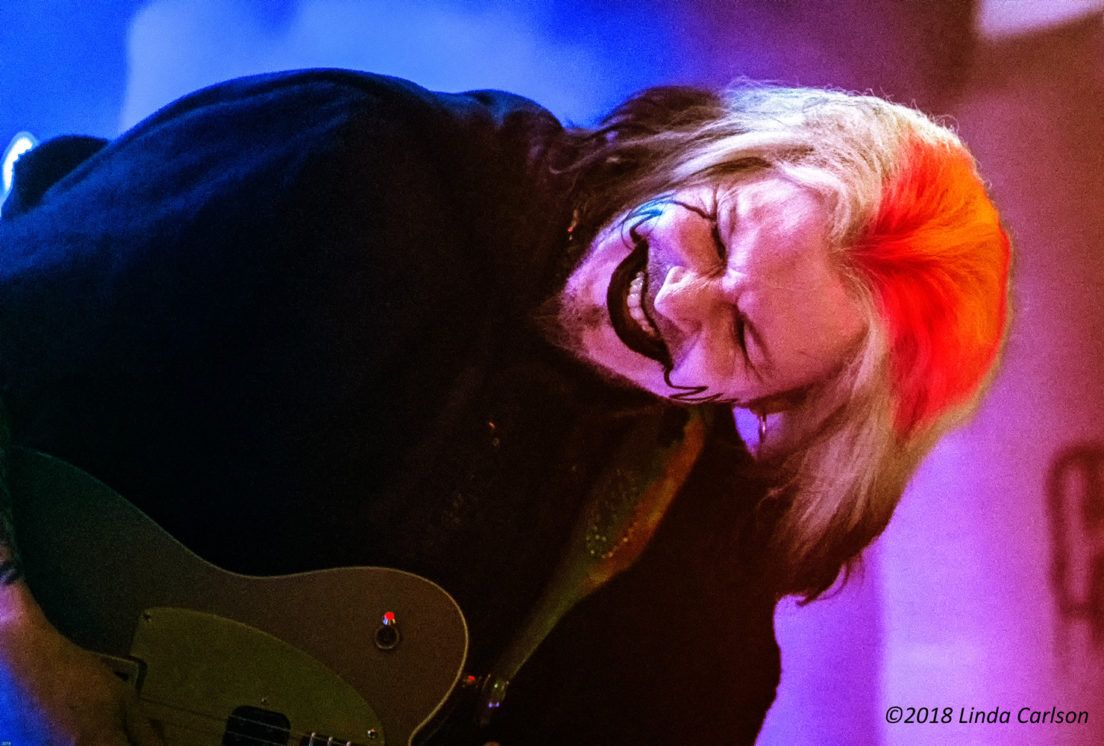 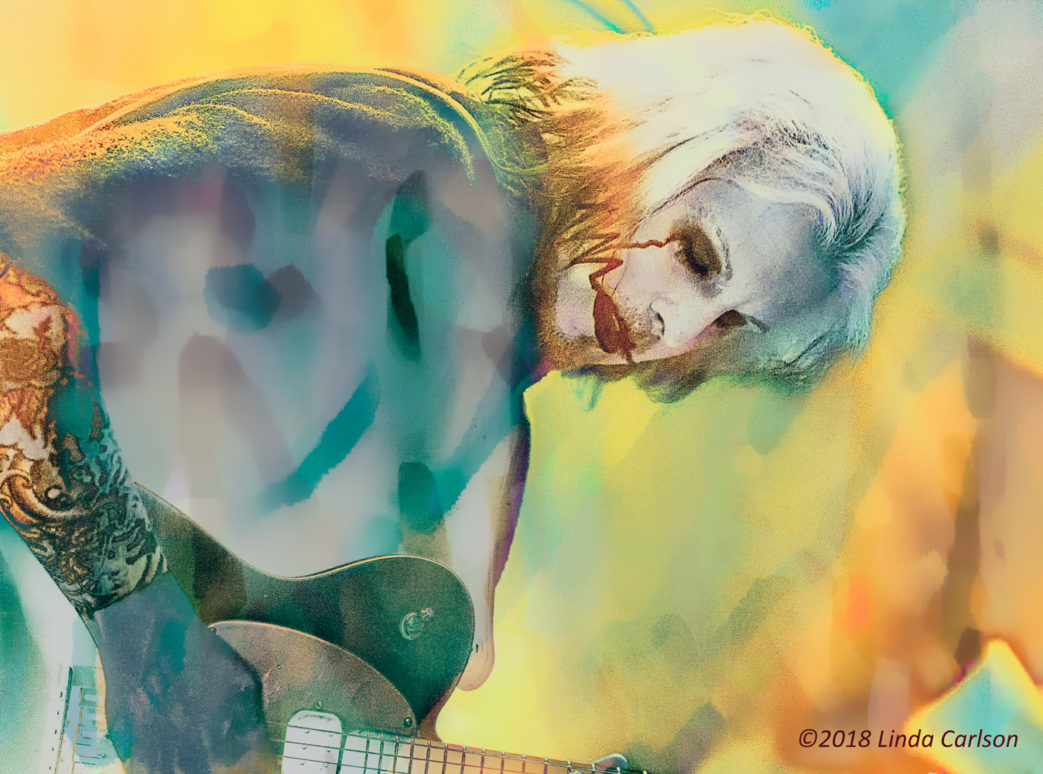 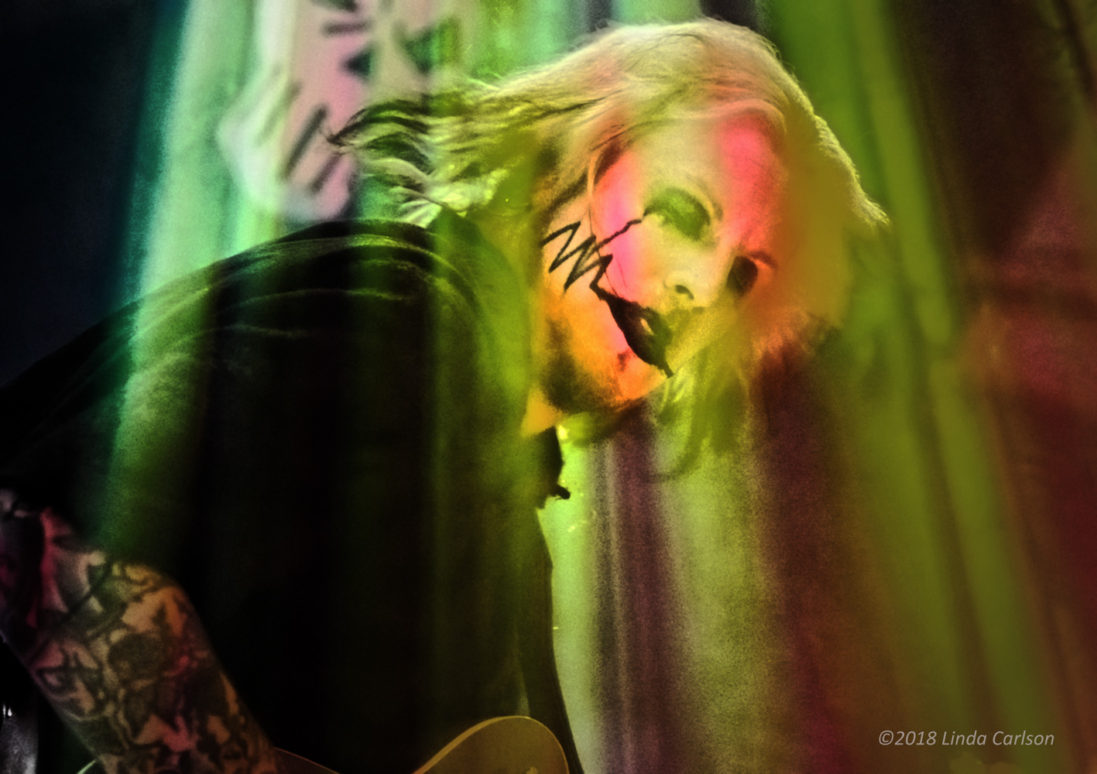 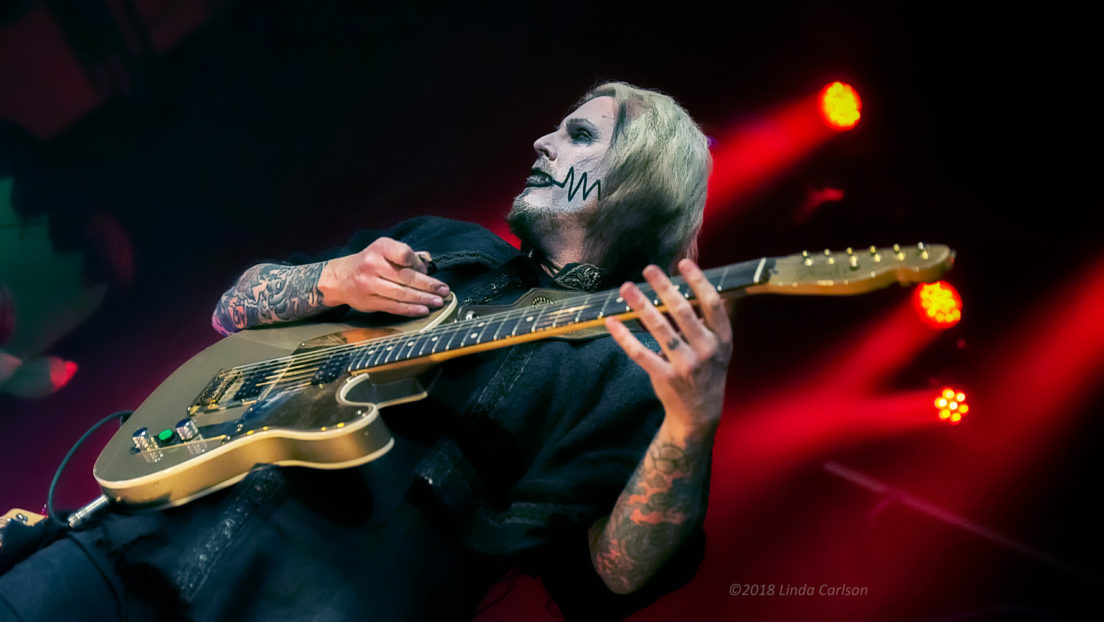 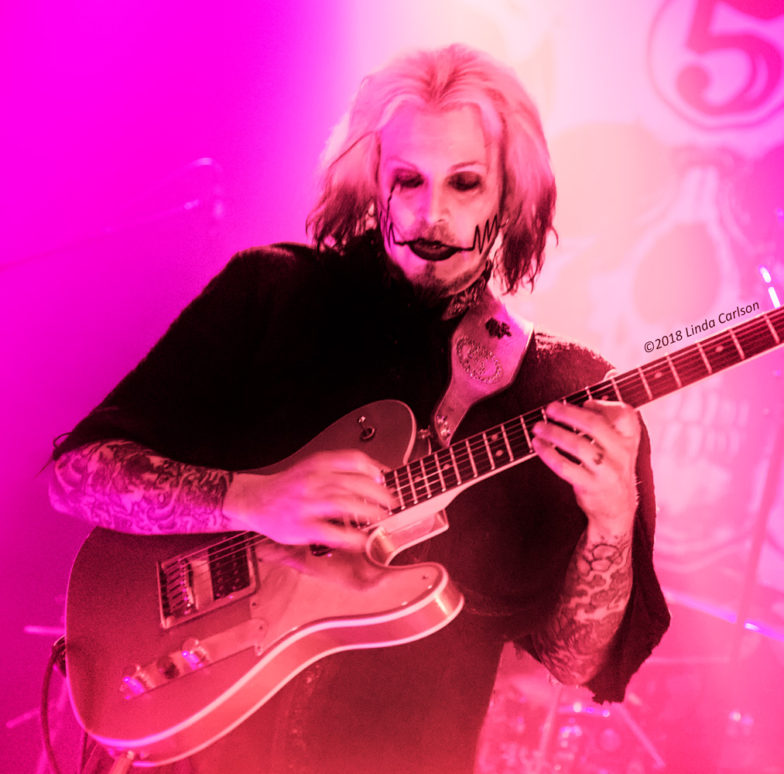 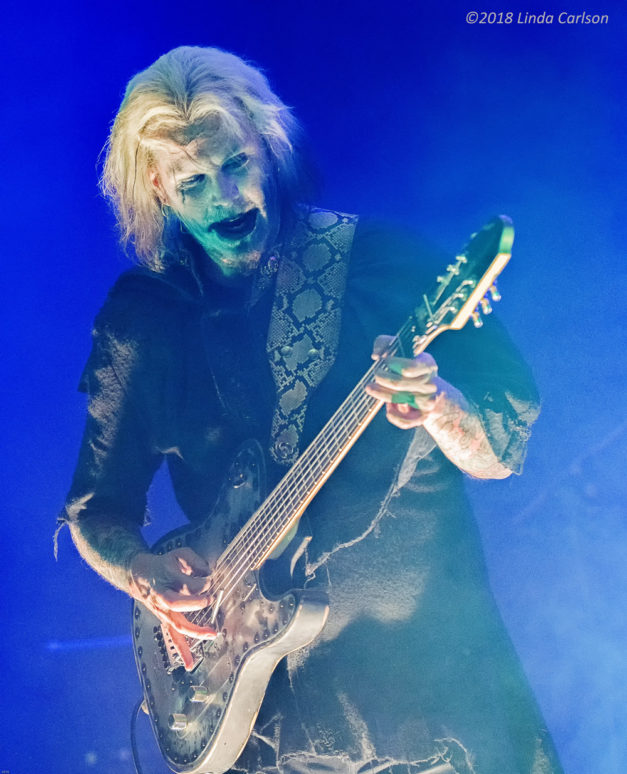 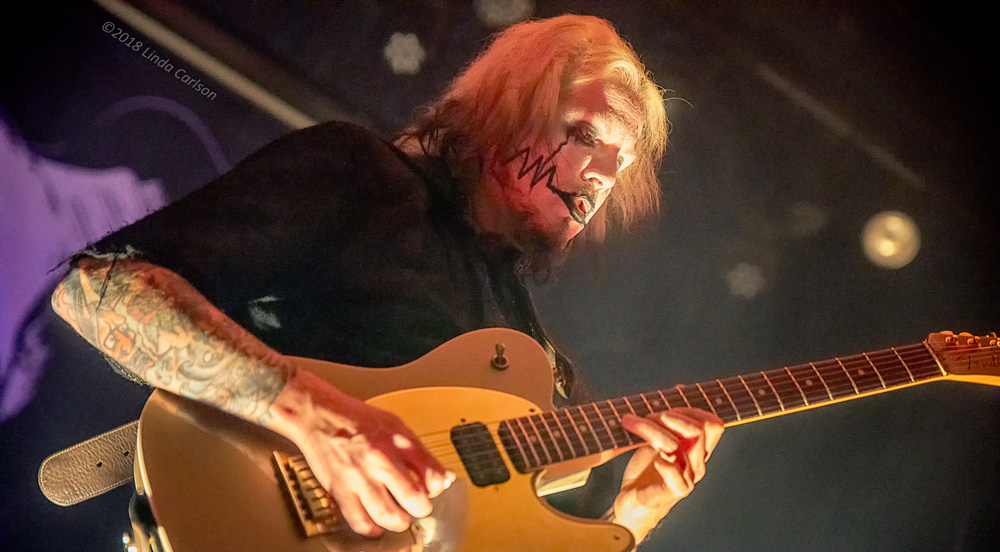 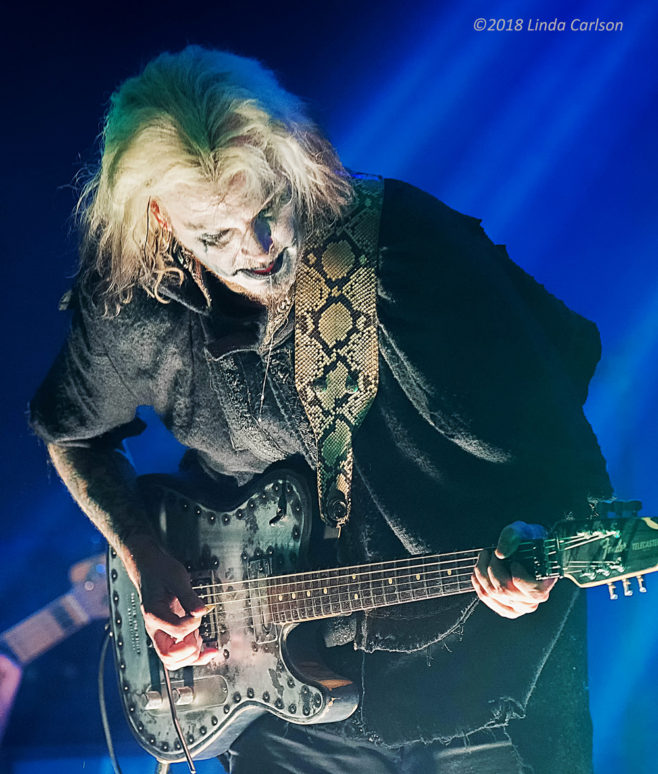 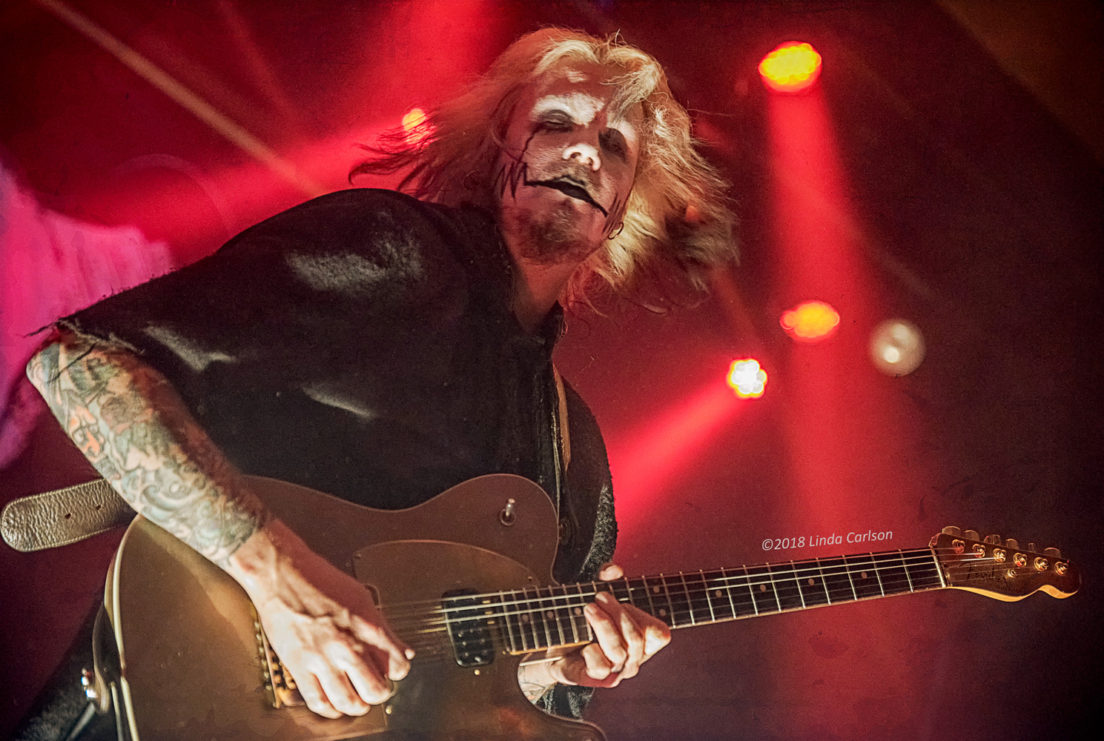 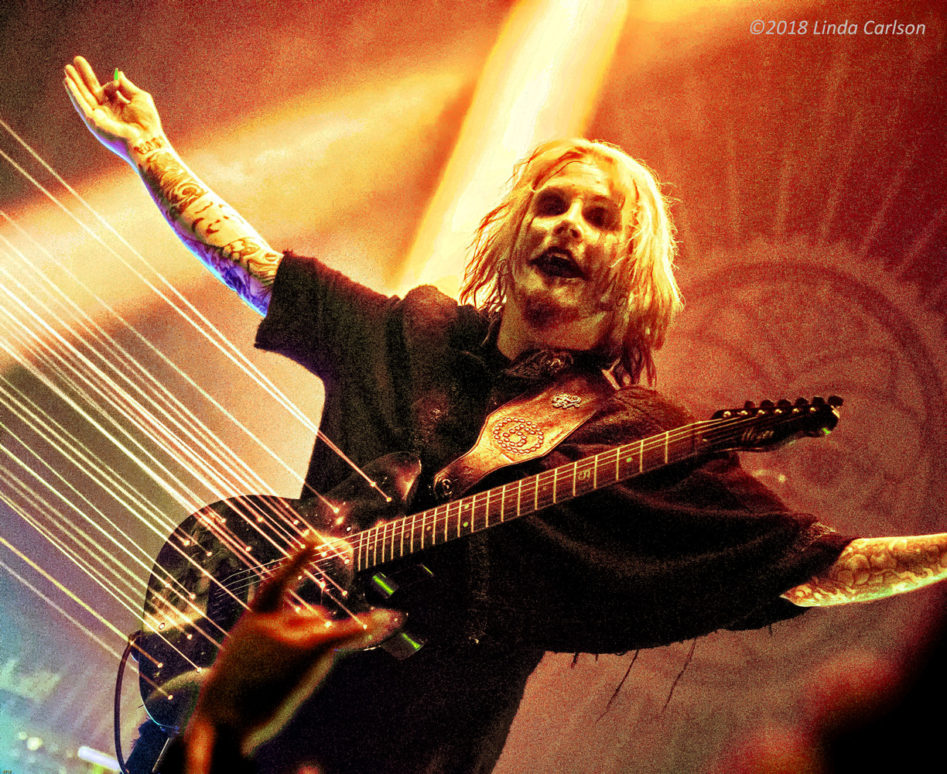 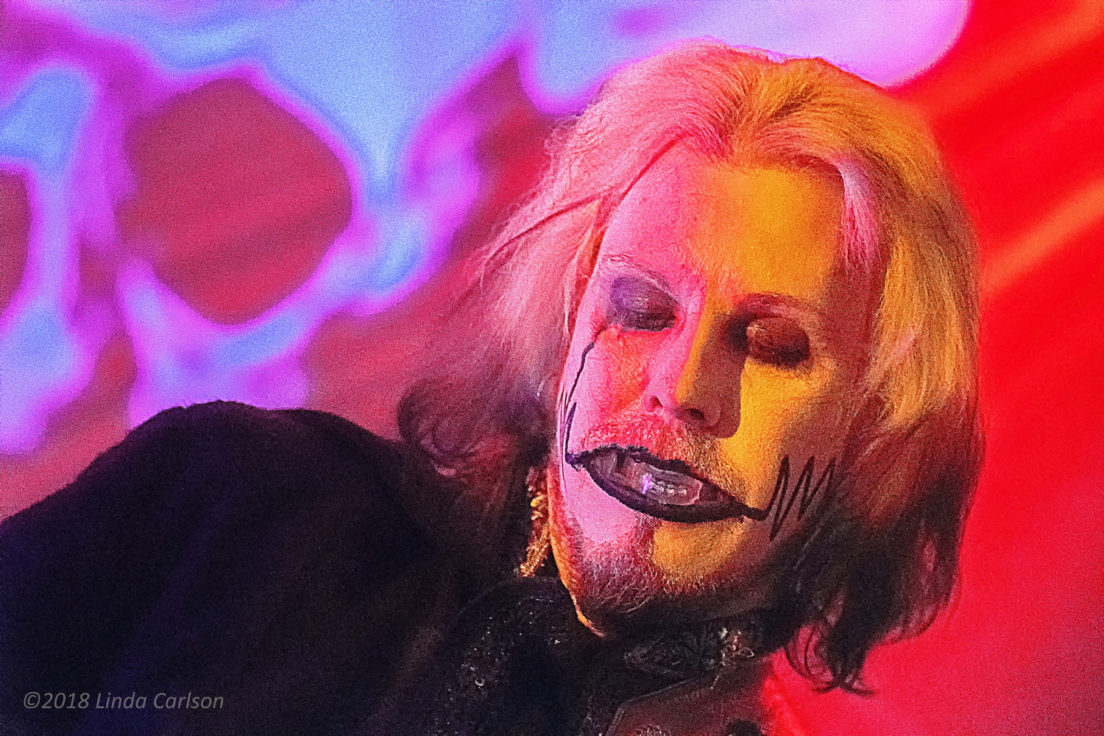 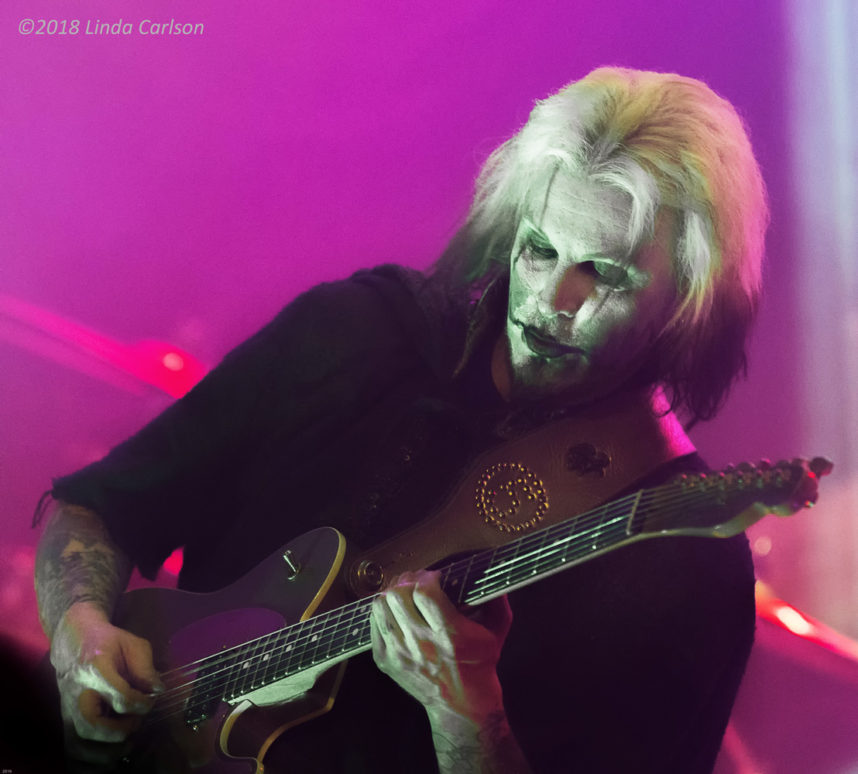 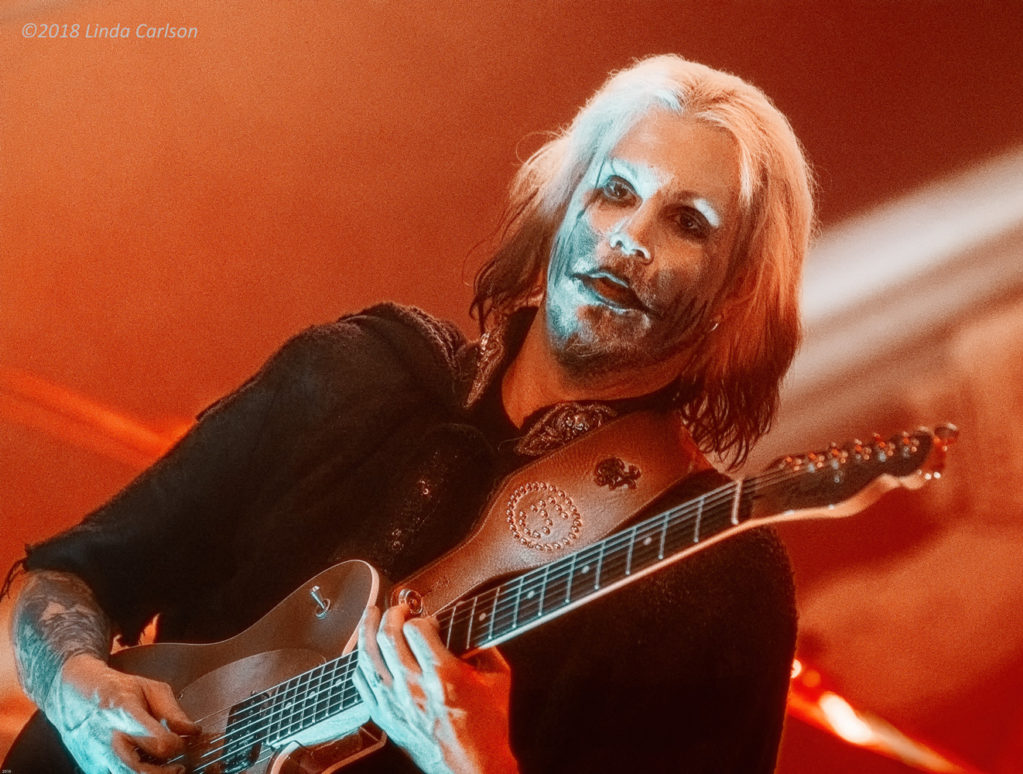 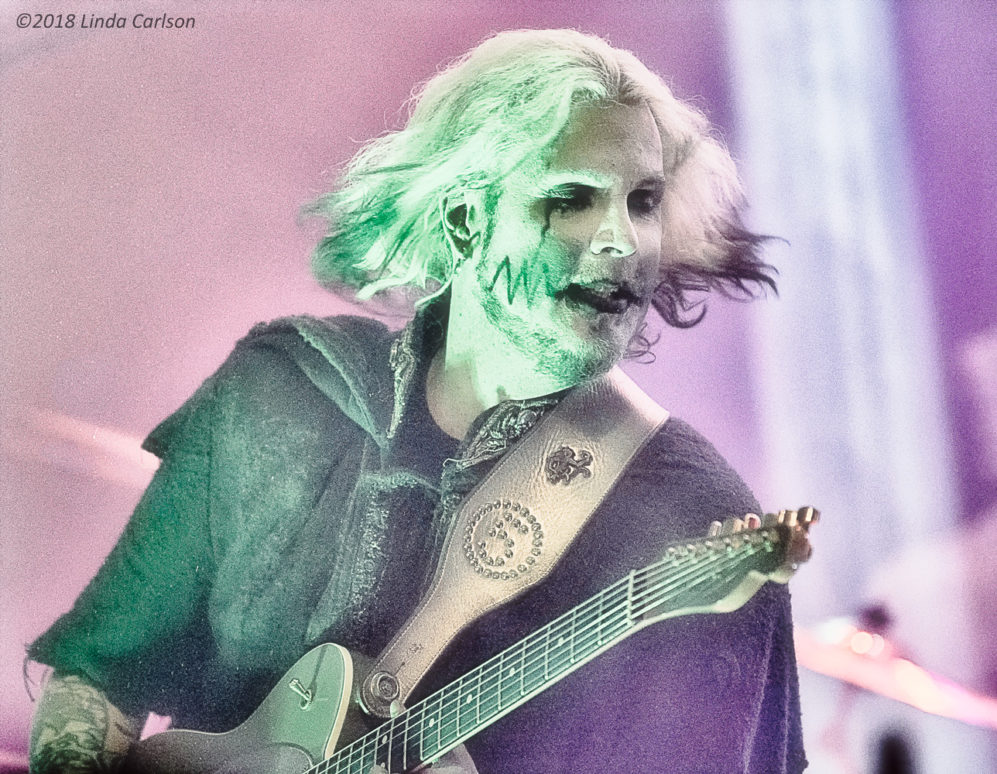 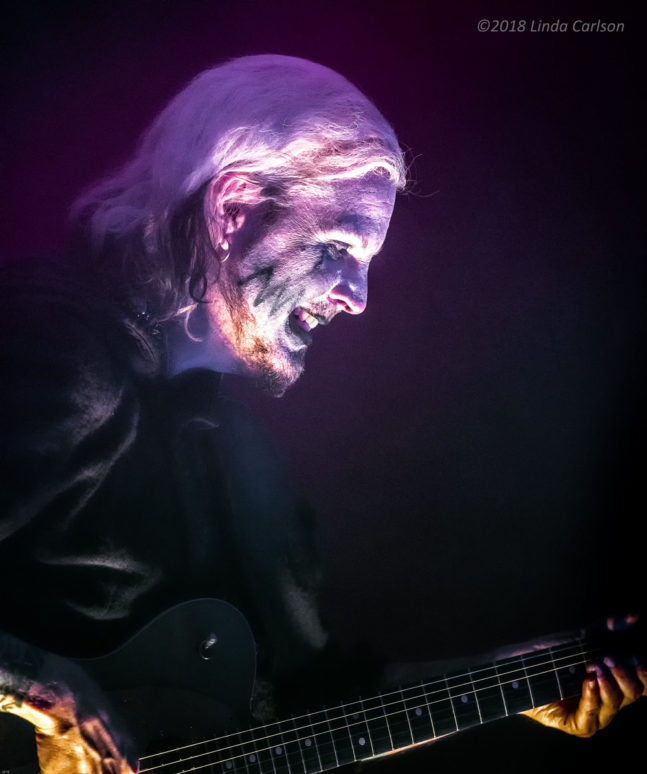 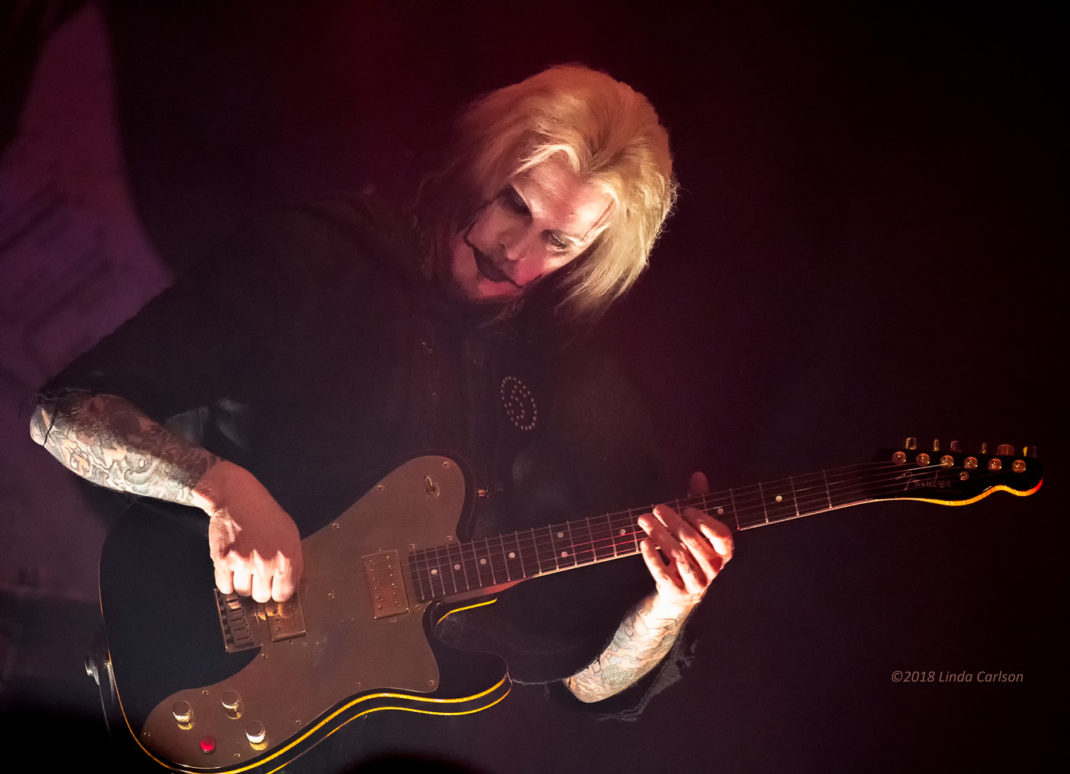 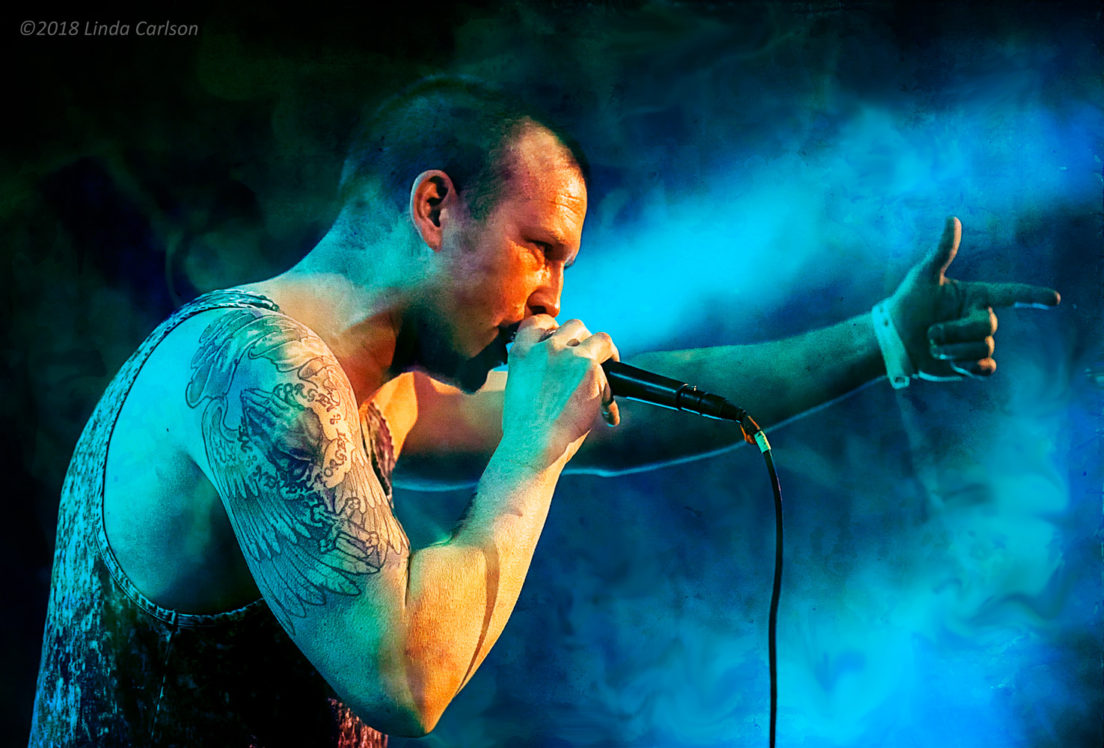 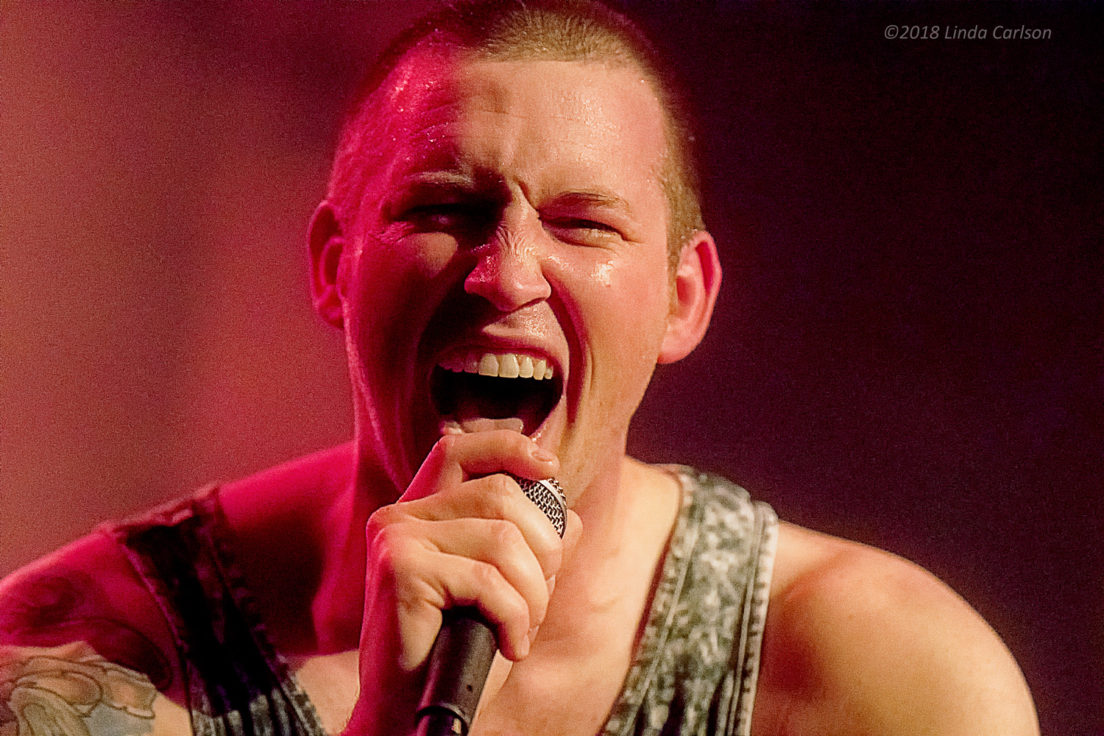