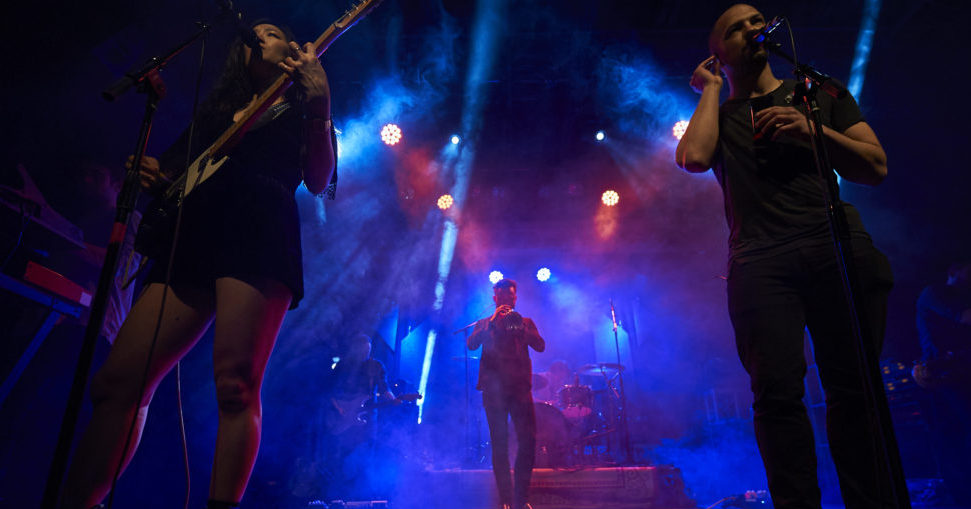 Fairfield, CT — San Fermin wrapped up their latest tour in Fairfield, CT – a location close to the heart of composer Ellis Ludwig-Leone. His alma mater, Yale, is just a short drive up the coast, so it was only fitting that they would hold a grand finale in such a location. It’s been a busy six years for the band, with three albums already released including their 2017 release Belong. 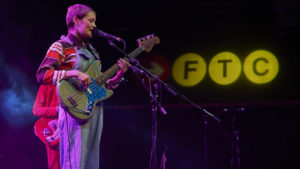 The night started with The Shacks, an entirely different experience from the blaring trumpets and saxophones that San Fermin would later bring. Some might recognize lead singer Shannon Wise’s voice from an iPhone commercial for good reason – it’s exceptionally unique. They are touring in support of their new album, Haze, that dropped one day before the show. Wise’s characteristic voice is a whisper, laying a dreamy soft layer onto her backing music. It’s a challenge to hear exactly what she’s saying, but that doesn’t seem to matter; this is music to simply sway along to and be enveloped by. 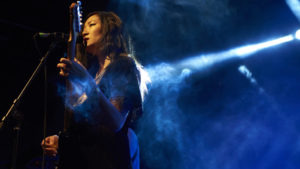 San Fermin started their set with a brash blaring of the brass section as eight band members took the stage. It’s unique by itself that the band can be described as having a “section” of brass, namely John Brandon on trumpet and Stephen Chen on sax. With drums, violin, guitars, keyboard, and vocals, the band rounds out its mini orchestra; it’s a crowded stage full of sound. Up in front are lead vocalists Alan Tate and Charlene Kaye. They are vocal opposites, Tate with a deep booming voice that sounds uncannily like Matt Berninger of The National, and Kaye with a bright powerful voice that truly shines on her many solos. Tate’s melancholy bass voice silences the crowd during “Methuselah,” a story of travelling and loneliness, quietly resonating “have you found a place that’s deeper than the corners of your mind / to settle down?” Kaye has her share of time alone at the mic, belting out their classics like “Jackrabbit” as well as the new track “Bride,” a song about a woman suddenly disassociating with the wedding transpiring around her. In these later songs, the band’s experience is apparent. The songs interweave each of the eight sounds for a more complex and immersive experience.

San Fermin’s reached the end of their tour, but it will be exciting to hear what’s next for them down the road.