Orlando, FL — 15 year veterans Parkway Drive sold out The House of Blues in Orlando with a completely stacked line-up for an amazing show this past Monday evening.

Opening the evening was an up-and-coming band from the land down-under, Polaris. This five-piece metalcore band from Sydney had one of the most anticipated album releases last year, The Mortal Coil, and made their American debut on this tour. Their performance was filled with high energy, amazing vocals, and an incredible fan base singing along with every word! They got the entire floor moving and set the tone for the rest of the night! 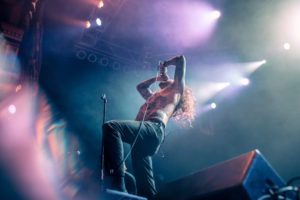 Following the opener was one of the genre’s favorites, The Devil Wears Prada. This Christian metalcore band from Dayton, Ohio certainly knows how to put on a show and get the crowd roaring. Playing some of their classics from “With Roots Above and Branches Below” for longtime fans as well as standout songs from their latest release Transit Blues. They created such a buzz in the room that continued to grow throughout the set. From the light show which was phenomenal, to their anthems that got the crowd moshing and surfing; their set left no one disappointed!

Our last opener for the evening was another 15 year veteran of the industry, August Burns Red. This Christian metalcore band from Lancaster, Pennsylvania are pros at connecting with the crowd, and this was evident here. From their shredding guitar solos, to their deep and meaningful lyrics and vocals, this band captivated the crowd through the entire set. Halfway through vocalist Jake Luhrs pointed out a noticeable fan and had security bring him side stage for the rest of the show. It was so fun to watch that fan jam out the rest of the set, but this was truly a show for all the fans, old and new. One for the books! 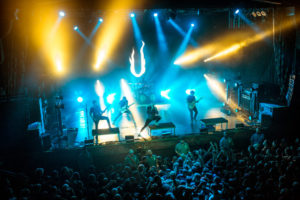 Finally, with lights dimmed, the crowd started chanting for our headliner of the evening, Parkway Drive. This Australian heavy metal band came out ready to show how they earned a sold out performance for this venue! The light show was unlike anything I have ever seen, their sound was hard and hit you right in the middle of your chest, and their performance was high energy from start to finish. Their setlist went all the way back to their second album Horizons and worked their way back to their newest release Reverence. Both had the crowd stirring and head-banging while singing along to each and every song! 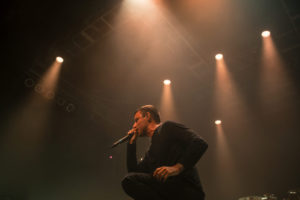 This is definitely not a lineup you want to miss. If a show near you isn’t sold out yet, I would urge you to grab a ticket, which you can do here: http://parkwaydriverock.com/tour/