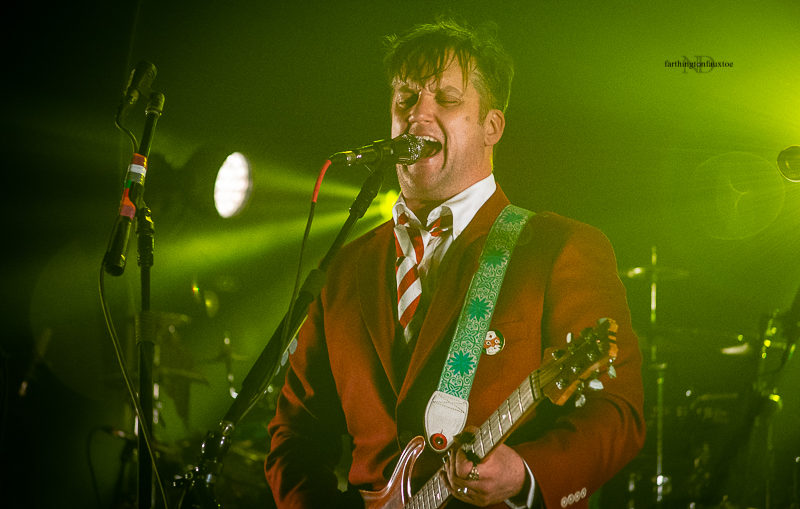 Article and photos by: Nick Durcholz

BLOOMINGTON, IN – The haughty hoot and hack of every crimson and navy bedazzled clown around B-town for the gluttonous gridiron match was a demure dote in comparison to the passion and peculiar panache of Modest Mouse. 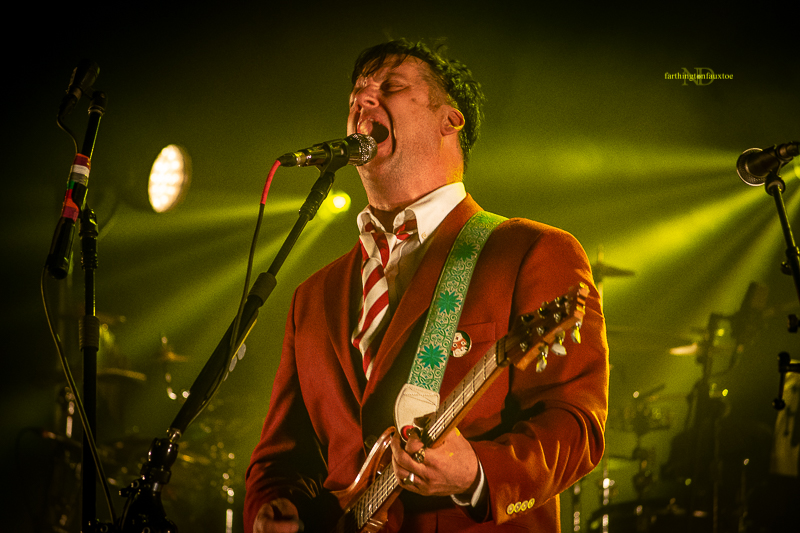 One thing was certain when Mr. Brock and the band strolled onto the stage: they came ready to party. The lead singer sported a purple costume party mask like he was the Nightwing of funk and a snazzy red jacket to bring a little local flavor. It wasn’t more than three songs in he had to ditch the mask as his facial expressions ramped up to full archangelic angst.

The setlist seemed to reflect the venue, reaching out to the largely unfamiliar in the crowd with their more anthemic newer tunes like “Dashboard,” “Float On,” and “Lampshades On Fire.” I had no qualms with this, because I’m a newbie to their live experience, but I could see how that it might have
frustrated the veteran fans. That being said, they did still throw a couple less known, more eccentric tunes such as “Guilty Cocker Spaniels” and “Bankrupt On Selling.” There was a something for all patrons.

The most impressive part of the whole show, for me, was that even while combating issues with instruments and the sound system, Mr. Brock and band never lost their cool or their heat (if you will). They powered through it effortlessly, channeling that frustration into the music without missing a note, and it was a beautiful, pure sight (and sound). 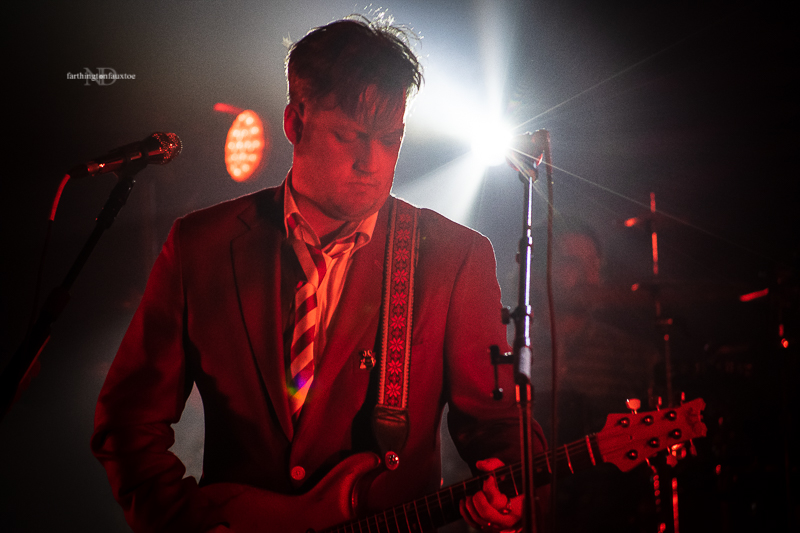 As the crowd exited into the pre-winter drear and damp, Mr. Brock’s chaotic cackle echoed in my head as the perfect soundtrack of the moment.